Anatomy of a recent job. Broken down and discussed. 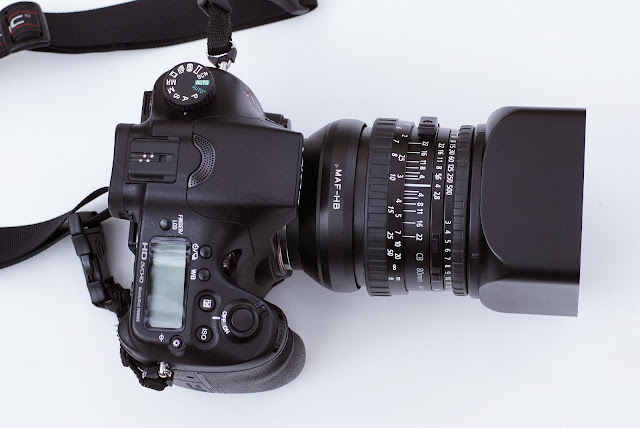 A killer combination: The a77 with amazing low ISO DR Performance and high resolution coupled with a Zeiss 80mm Planar 2.8. Stopped down to f5.6 for nice portrait imaging.

I got a call from a client I'd worked with extensively in the past but who had fallen off the radar for the last ten years. She'd left the ad world to run a small design shop and had gone from a situation (large agency) where she had been commissioning photography frequently to a situation that called for no photography. I missed working with her because she was a great art director and very organized.  So I was very happily surprised to hear from her again. She'd modified her career trajectory a bit and was now the in-house marketing person for a statewide business.

She asked for a bid to go on a location, set up two different portrait shooting areas and then photograph 13 different executives.  I would be making a formal portrait in an interior conference room of each person and then we'd move to the exterior location and make individual portraits there. The executives would be on site for a meeting and one of the marketing people would be responsible for pulling them out of the meeting and delivering them to each location.

I estimated for the following:

One day of photography (I was pretty sure we'd only need to be on location from 7am to 1pm but a full day fee also covered pre-packing, testing and travel. And I was correct).

One day of assistance.

Two hours scouting to go and look at the location and make sure there was a good, safe place to shoot our exterior work and that the conference room we'd be assigned was both big enough, and could be cleared of tables and chairs so we'd have unobstructed working space.

Then I estimated a full day of post production. (this would actually be broken up between two half days. First I would ingest the raw files into Lightroom to label and catalog, adjust and the output as lower res jpeg files to create a web gallery for my Smugmug Pro account. Once the client chose images the second half day would be spent retouching and enhancing 26 images in a combination of PhotoShop and Portrait Professional). The finals would be delivered electronically.

The last step of the estimate was to factor in usage. The client was adamant that they wanted "unlimited" usage rights so we added that to our budget.

My regular assistant was committed on a long term project but she recommended a new assistant to me who worked out well.  We met in the parking lot of the location at 7:15 am (I was 15 minutes early and, happily, so was she...) and started loading up our heavy duty cart. It's amazing how much gear you need to bring to do a portrait correctly in two locations.

We set up the interior location first. The background was a nine foot roll of Savage Smoke Grey seamless paper. It was lit by a small Chimera softbox used close in with an Elinchrom D-Lite 4 IT monolight set minimum power.

I used a 42 inch Elinchrom Varistar to the left of camera as a main light and a 60 inch softlighter umbrella to the right as a fill light.  I added a gridded light from the background as an accent light.  I brought my own posing stool because I can't stand trying to use conference room chairs for portraits.  I also brought a half apple crate so the subjects could put a foot up on the box to help with posing.

Once we had the first location set up and tested we moved to a third floor bridge which gave us top cover all day long and allowed for views to the northeast and southwest throughout the day.  Since this was an exterior location I had no desire to run a 25 or 50 foot extension cord into a door and tape it down (high traffic area---potentially) so I used a Profoto 600B Acute battery powered flash into another 42 inch Varistar as my sole light here.  I depended on natural light for fill.  We anchored the light with two twenty pound sandbags and tested the crap out of the location before heading back downstairs to greet our first subject.

I brought along two sets of radio triggers and two tripods, as well as two cameras and two sets of lenses, just so I would not have to move any gear between sets as we worked. The idea was to do all the shots in one location first and then move to the second location for the rest of the shots but nothing ever works so smoothly in the real world. There's always someone who needs to leave early and needs to have both shots done one right after the other. But hey, part of good customer service means that we're ultimately flexible.  And with both systems up and running it was only a matter of heading up and down the stairs a few more times.

I've been testing portrait lenses lately and have really come to like the Hasselblad standard 80mm lens for several reasons. Mostly because it's just the right focal length for most portraits but also because it has a very nice out of focus look that it imparts to background.  At f5.6 the lens is critically sharp but not clinically sharp.  What I mean by that is that the lens shows the detail you want without beating the subject to death with the detail.  It feels like resolution rather than hard, crunchy, show-off-y sharpness.  Unless you want to crank up the clarity slider in PS and make everyone a dermatological nighmare....

The lens is easy to use on the front of a Sony a77 with a simple adapter.  You have to remember to use the stop down lever to lock in the shooting aperture. I focused at the taking aperture (usually 5.6) with the very, very convenient and well implemented focus peaking feature of the camera.  (This feature alone makes Sony cameras must haves for people who like to shoot with older, manual focus lenses).

Since I had only one adapter for Hasselblad lenses I used the Sony 85mm 2.8 lens for the exterior location photographs.

We carried along our make-up kit with various translucent powders, at least 13 brushes (sterilized with alcohol) and a fresh supply of hair combs, still in their packaging. We needed to "powder" most of the subjects to eliminate as much shine from their faces as possible. Our make-up kit includes a barber's drape to cover the subject's clothes and we used it on everyone since they were in dark suits for the most part.

I shoot between 25 and 50 shots of each person in each location and ended up with nearly 1200 frames for the day. During my initial post processing I eliminated about 60% of the frames in editing.

The process doesn't stop when we come back through the door of the studio. The lead/acid batteries for the Profoto Acute light should be recharged within a day from their use. The camera batteries go on the charger. There are DVD's to be burned. All the gear gets inspected, cleaned and replaced in the proper storage area. Invoices need to be written and a check sent to the assistant.  In the end, a seemingly simple shoot like this takes up the better part of two full days.  More if you are lazy and do things in spurts (guilty). And this is where photographers routinely lose money. They fail to bill for travel, post, packing and admin. time.  If we billed for every hour we spend on a shoot we make money.  If we let stuff slide or give time away we lower our rate per hour, mess up our margins and train clients to think that everything is included in one rate.

Kind of like going to an all inclusive resort with full open bar.  Tough to make money that way unless you're just making cheap drinks from watered down bottles....

I've delivered the galleries and I'm waiting for the selections to come back. The accounting is underway and I'm on to the next project.

I just thought I'd write about an assignment we just completed.  There's so much B.S. out there about what photographers actually do I thought you'd like to know pretty much exactly what we did on Weds. and part of Thurs.... It's a real world photo assignment from a smaller market.  I know we'd probably do this differently in NYC or LA but....

Posted by Kirk, Photographer/Writer at 10:30 29 comments: