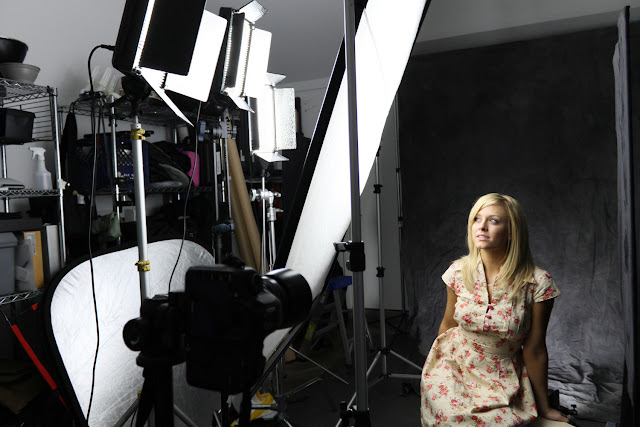 Markets change over time. Destructive market forces destroy existing paradigms and allow for the establishment of new ways of doing business while also opening up the potential for new businesses to fail. In the past markets would remain stable for decades or centuries which gave innovators a life time or at least a good amount of time to profit from their new ideas and their destructive re-imagining of their markets. Not so anymore. Innovation and change occurs in ever compressing cycles. Businesses, it seems, are more interested in volume and being the first mover than in margins and sustainable practice.

In the world of photography stock was one of the first shifts in an established market construct. The introduction of pervasive stock photography sales, with declining cost to consumers roiled the status quo of the maturing assignment markets. And drove down the cost of an image.

The closing of 4000+ portrait studios (mostly in Walmart and Sears stores) is an indicator of a shift, caused in part by the pervasive penetration of foolproof digital cameras into the hands of the lower middle class demographic of the buying public. And the near universal use of viewfinder screens on phones, tablets and televisions has eviscerated the market for printed images at nearly the same speed with which e-books and on-line reading are devastating the market for printed books in many categories.

If you created a business as a portrait photographer and your pricing model was based on the wide spread concept that the portrait session itself (your time, expertise, taste, and technical skills) was to be offered as a loss leader or a break even proposition while the profit from each consumer portrait job lay in the sale of prints you are about to either hit the wall of a new reality or you are already out of business.

Very few consumers surveyed have an interest in buying a print (as a value-added artifact) from a professional photographer. That doesn't mean that those consumers no longer want the intellectual property that come along with the artifact, they just aren't keenly interested in the artifact itself.

The old pricing model built in margin for the cost of doing business and heaped profit on top of that number. Clients in previous generations rarely had secondary viewing opportunities that were as compelling as a good print. To view an image on a television screen, pre-flat panel and pre-HD meant looking at an image with a net resolution of about 525 lines of interlaced information. The gamuts were extremely limited and color uniformity nearly non-existant. There was no peer-to-peer electronic sharing. Sharing meant having additional prints made and, as the original negative remained in the hands of the creators, that meant consumers HAD to pay for each individual use.

Now it's rare to find customers who constitute both a sophisticated visual market (taking images should still be creative and fulfilling) and who are constrained from wide spread sharing. Their hierarchy of needs has shifted in ways that Maslov could not have predicted.

If our local market is an example then technology-forward, affluent clients are much more interested in having unlimited personal use of images created of them and for them, on all manner of electronic devices, then they are in having single physical artifacts in their homes. They understand the fluidity and ease of the process of having acceptable prints made, understand that the actual costs of good prints continues to drop and that a good physical reproduction can be made from files that they possess. There are no barriers to keep consumers from ordering their own prints and paying wholesale. The mystery has been drained from that "scary swamp" (consumer's previous perspective about printing).

The new customer still wants (for now) the art of the image as it relates to lighting, posing and post processing creation but now, instead of being satisfied with a few images they want to possess and control the digital files. They want to be able to make the canvas print or wrap the face of their toddler around a coffee cup. They want to order the thirty-nine cent, five by seven inch print from Costco without paying an additional $50 or even $100 to have the same print mounted a piece of board and presented in an embossed envelope. And can you really blame them for not understanding the business model? They've been told for years that they should go to a professional portrait photographer for the artist's vision. But they end up paying the lion's share of their budget for the product, not the IP.

What's a business poised on the edge of uncertainty to do? Obviously, we need to re-examine every angle. According to studies of the current, ascendent generation they are much more interested in buying and sharing experiences than they are possessing treasures. So, now owning a house and scrimping and saving for a down payment becomes a more prolonged period of rental and the savings are spent hiking in Nepal or following Formula One racing around the world. Or just taking time off from work to pursue passions. Can we make the actual portrait sessions more fun and interesting? Can we turn a portrait session into a mini-workshop and dinner party as well as a venue to create great work? I know a lot of amateur photographers who've expressed an interest in being photographed or having loved ones photographed so they can experience what a "real" session is like. Why not package the experience?

We can also create very interesting and desirable styles of lighting and camera work in order to give consumers something they can't get anywhere else. That might mean shooting on medium format film or shooting with medium format digital camera for a more interesting interplay between tonalities and focus falloffs. It might mean lighting styles that would difficult to mimic with speed lights and tiny soft boxes. And it might just mean working at  high levels both technically and aesthetically.

Pricing in the consumer world needs to take into consideration the customer's desire to "hold" the potential images in their hands and on their machines. So, instead of anticipating selling physical product down the road pricing needs to be changed to reflect the fact that it's the IP that has the value, not the artifact. This means that to be profitable one must charge much higher session rates.  If you charge a sitting fee of $200 and your average print sales were $650 per customer, you might want to consider making the sitting fee something like $650,  then working with the consumer in a proofing process to select the final images and then charge a standard (profitable) fee to "complete" each image via post processing. That might include sophisticated retouching and file preparation for a number of different output scenarios. So, in effect the post production becomes the printing.

One could still offer large prints since some people will still order large family portraits for display but you'd probably be better off offering photo books since the market seems to lean more toward personal coffee table books of multiple images rather than larger, single display prints. The big sellers will be disks full of images to playback on consumers ever growing and ever improving TVs and monitors. Parenthetically, we used to sell a batch of five by seven inch prints along with every corporate head shot. It was a good profit center. We haven't sold or had a print ordered for a commercial client in probably seven years. That went away. We raised our session prices to compensate for income that's never coming back.

The benefit of making your money upfront while, for all practical purposes, jettisoning the extra labor and costs of selling, printing, shipping from labs, mounting, etc. is the certainty of good profit at the time of shooting, or shortly after. That's when consumers have the highest motivation and desire to transact.

Look, if you are a professional portrait photographer you know that the portrait you just made is going to end up on the sitter's iPad or Surface tablet and that's where it will have it's dominant "residence." You might as well get paid for that use. Because, remember....it's the vision that has value, not necessarily the paper it's printed on...

When markets shift you have choices. Sooner or later your customers will decide for you.
Posted by Kirk, Photographer/Writer at 15:45 11 comments: