The Lisbon Portfolio is the perfect photographer novel for this hot, long weekend in August. Support your favorite blogger and buy your Kindle copy today.

The Lisbon Portfolio. The Novel.

Posted by Kirk, Photographer/Writer at 18:13 11 comments:

Kirk is a short telephoto user. What the hell was he doing with a fisheye lens? The Nikon 10.5mm. 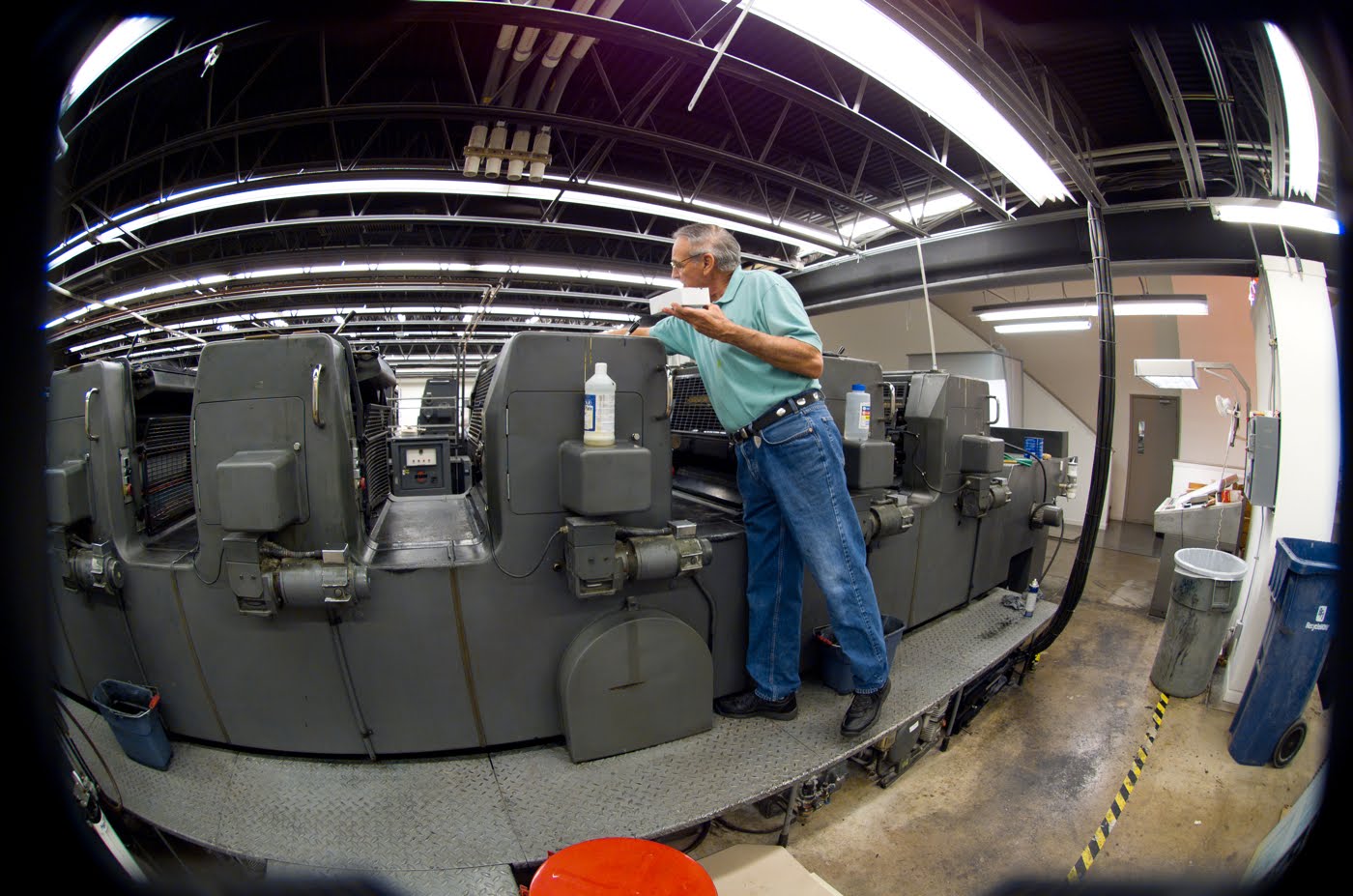 In the days when DX was the only format you could buy a Nikon in we suffered from a deficit of short lenses. There were a few repurposed film era wide angles but they all seemed to have their share of problems. For a while the widest rectilinear lens was the 14mm Nikon lens which was something like $1600 and could get you to the equivalent of a 21mm on a full frame camera. Wide enough for most stuff but not for the things that really mattered.

I was hired to document the interior of the old Palmer Auditorium Building which was re-birthed, after $80 million of construction, as the Long Center. There were a lot of enormous spaces and stages as well as some tiny spaces like historic dressing rooms. I knew I wanted a lens that would communicate the scale of the interior spaces and would work well with the Nikon D2x, my camera of the moment. While very few people like the effect of a fish eye lens with its distorted lines the people at Nikon had designed into the Capture Raw software a component that "de-fished" that particular lens. You could enable the correction and, voila, you had a very wide image and all the lines were as straight as could be ( providing you were careful to level the camera while shooting ).

The lens worked fine for the assignment with the caveat that the expanded corners lacked the detail one would find in the center of the frame. They were "stretched out" to make the file geometrically rectilinear and that meant there were proportionally fewer pixels in the corners.

I subsequently used the lens on a number of jobs that required a wide view, including the job for Lithoprint (above). I am certain that we used a normal looking file for the final brochure but for some reason I came to really enjoy the look of curved fluorescent lights and so I kept a copy like this.

Wide is really no longer an issue in most camera company's lens catalogs. My current favorite is certainly the already rectilinear, and wonderfully sharp, Panasonic 7-14mm ultra wide angle zoom. There are also ultra wide angle zooms available for the APS-C systems that are very good.

If we've made any progress in the digital age it's been in the area of making lenses that are better matches for the size and technical nuances of digital imaging sensors. Good glass always seems to triumph over the nerdier technologies.

Just a blast from the recent past as I clean up an older computer and its attached hard drives.


Editor's note: Try out the comments. It's fun and easy to make a comment on the site and it makes the writer feel like there's an audience out there. Just saying.  VSL Senior Executive Staff.
Posted by Kirk, Photographer/Writer at 11:05 8 comments:

A quiet portrait in an elegant office. 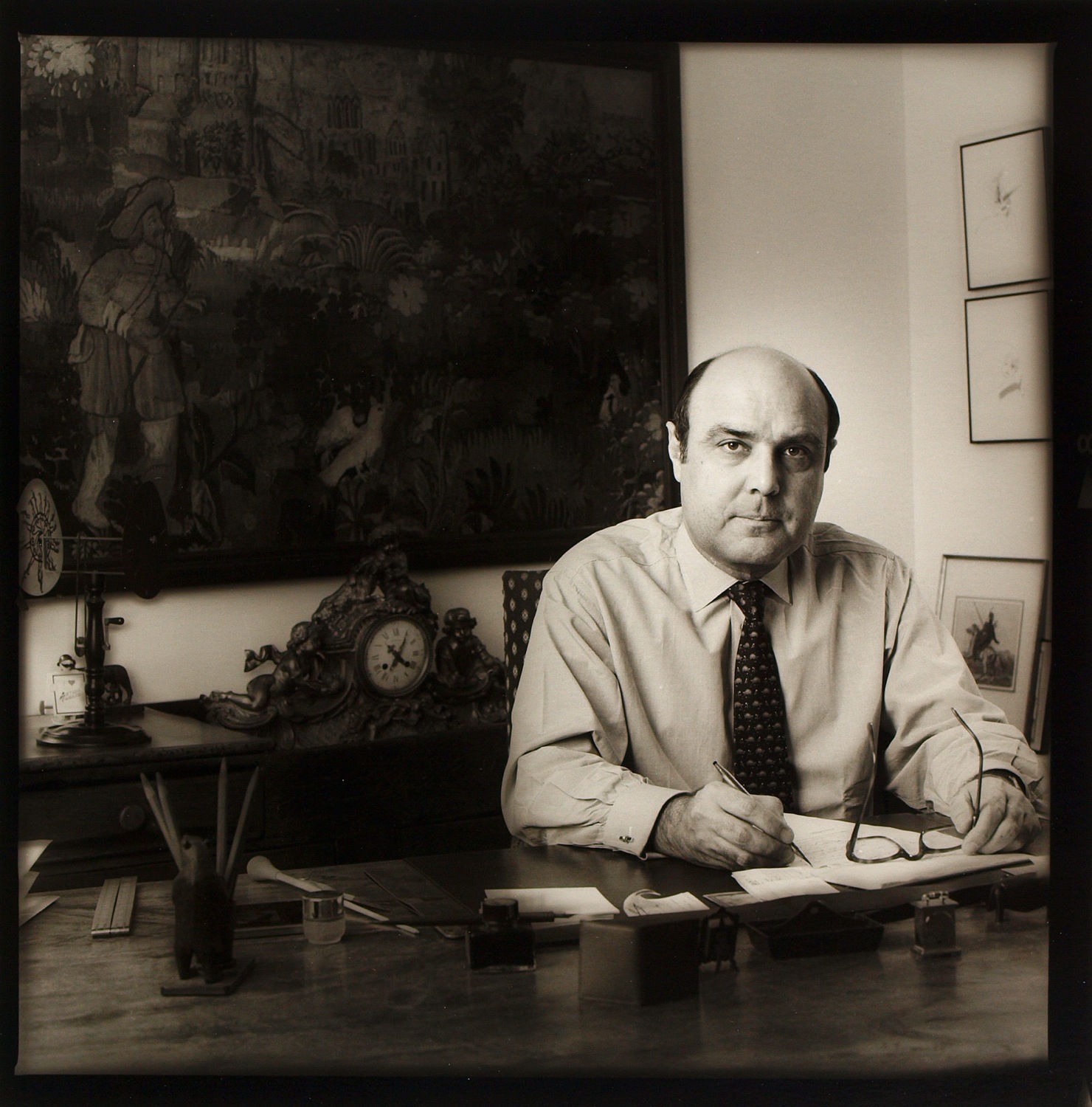 Shot on assignment for Primary Packaging in NYC. Simple, single source lighting. Tri-X film. Simple design. The post production was all done in the printing. Agfa Portriga paper, selenium toned. The 16x20 inch print is so pretty, as an object, that it brings tears to my eyes.
Posted by Kirk, Photographer/Writer at 10:50 6 comments:

Whatever did we do before drones? I think all exterior photography was impossible until their invention. 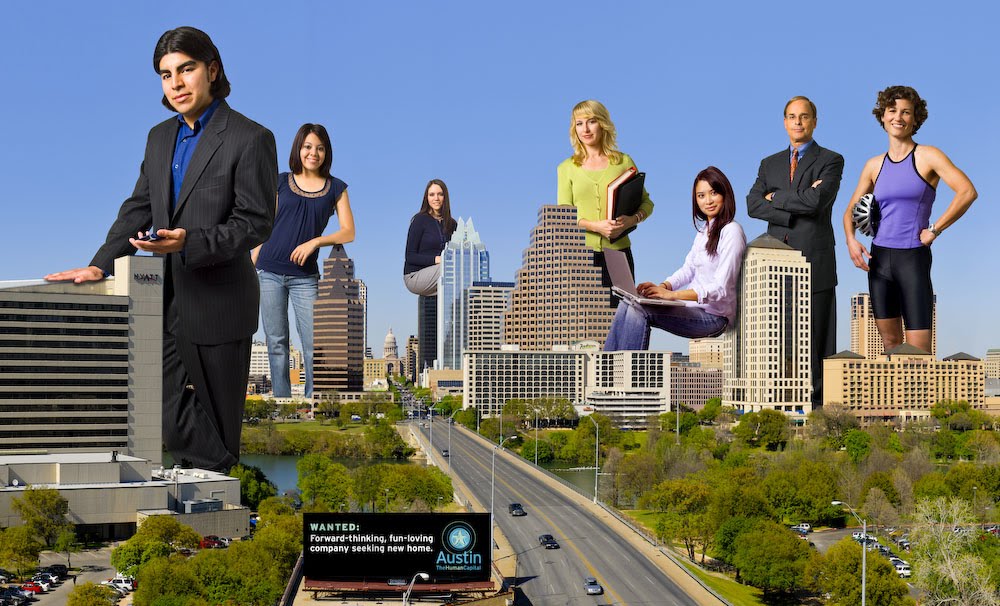 ....Oh yes, I remember. We found tall buildings and shot from the roof tops.

This is a project we did for the Austin Chamber of Commerce a while back. The art director for the Chamber's ad agency wanted to show off the city scape and also show some representative people sprinkled amongst the downtown skyline. ( A skyline that is much, much more crowded today)>

We scouted a location that would give us a view of Congress Avenue, looking north toward the state Capitol building. We ended up shooting from the top of the Embassy Suites building, just south of the river. The Chamber of Commerce seems to open many doors in Austin so we had no trouble securing the location. We shot in the late afternoon with a Nikon D2x camera and one of the unheralded, great zoom lenses of the time, the 28-70mm f2.8 Nikon. A great lens. Incredibly sharp at f5.6 and f8.

Once we had the skyline shot "in the can" we move on to casting and then photographing our talents. We had a big ink jet print of the skyline that we referred to in the studio for positioning the people.  Everyone was shot against a white background, clipped out and composited into the piece.

The image was used as a double truck ad in magazines but another important use was on big, fabric show dividers in the convention center in Austin. The repeating dividers were ten feet tall and sixteen feet wide. At the time the D2x was the highest resolution camera made by Nikon and we worked hard to make sure that we were working with optimum technique. That meant: Always on a tripod. Always at the sharpest aperture. Always at the lowest ISO.

The images on the big, fabric dividers looked great. I'm not sure how much more actual quality a 24 megapixel camera would have bought us. After all that's only a linear increase of 20% in pixel resolution...

Fun with advertising. I remember those years as the transitional years between print and electronic media. Going forward I think we are resolutely in the electronic presentation decade. Yes, there are still corners of the business where people work with prints, and there will be printed magazines at least for the foreseeable future, but....

Posted by Kirk, Photographer/Writer at 10:45 2 comments: