An Interesting and Compulsive Approach to a Photo Assignment. 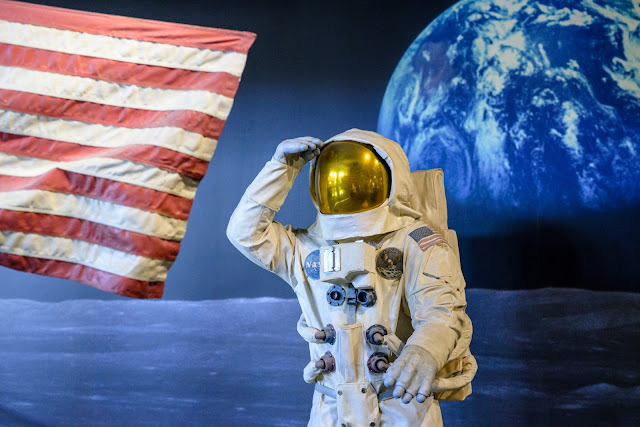 I think that when most people conjure up an image of a working professional photographer they imagine a guy in a khaki vest of many pockets, several large cameras hanging around his neck with a long zoom lens on one and short zoom lens with an intricate hood on the other. Over his shoulder they anticipate seeing a large, black camera bag the size of an ice chest, filled with flashes and a Whitman Sampler of different lenses and ancillary gadgets.  He would be trailed by at least one assistant who would also be toting a case or a bag; perhaps filled with lights.

They would not be far from the mark in most cases.

After spending the entire week hauling a Think Tank roller case filled with cameras and lenses around to various locations in central Texas, as well as cases of heavy lights and their attendant light stands, umbrellas, panels etc. I came into Sunday wanting nothing more than to return to my "amateur" roots of one camera and one body.

To round out my already full dance card for the week I had a job booked at the Bob Bullock Texas State History Museum from noon till 6:00 pm. I would be looking for interesting people and making their photographs, both candidly and with their knowledge, for use on the Museum's award winning website. The museum forbids the use of flash (policy now changed to allow flash as of this week) and definitely forbids the use of tripods when the facility is open to guests.

While the exhibits are well lit the surrounding areas (where my potential subjects stand) are, by contrast, very dark and hard to make photographs in. I knew from previous experiences that there would be many times that I'd want a fast lens and a low noise camera body and I decided to plunge in with only one of each; the Nikon D610 and the new Sigma 50mm f1.4 "Art" lens. I brought along a small shoulder bag but it was not filled with the usual photo paraphernalia. It held five pens and a clipboard with lots and lots of model release forms for the museum. The need to get model releases from adults and parents of kids was also a good reason to go light on gear. How much can you really juggle?

Having just one focal length to grapple with I quickly fell into the groove of composing in that frame. What might be perceived as a limitation was actually freeing because it eliminated one variable in the collage of choice we make each time we pick up the camera bag.

The combination of the D610 and the Sigma 50mm was pretty cool in that I felt confident I would get sharp images at all apertures and especially sharp images at f2.8 and smaller apertures. I could also  shoot without worry at ISO 3200 and still manage noise in a very satisfactory way in Lightroom CC.

There are some combinations of tools that really make you want to shoot with them and them only. The 50mm Sigma and the D610 are like that. While the D810 camera has more detailed files I think that by the time you factor in the lower noise of the D610 and the more manageable raw file sizes the 24 megapixel sensor makes much for sense for tricky available light shoots in darker interiors.

I have a long history of preferring the 50mm (or format equivalent) angle of view. I can move in and make a nice, tight portrait or I can step back and put a person or several people into context. The focal length is very much a chameleon.

When I got back to the studio I noticed two other things: First, the lens and camera combo is heavy and my left arm was a bit sore after hand holding the rig for the better part of a day. Second, the files, even at f2.0 and f2.5 were very sharp and detailed and the lens has a very good look to it. The sharpness is more consistent over more of the frame than I'm used to with many other 50mm lenses.

I was able to get about 400+ good images to add to the Museum's marketing content reservoir. I mostly shot at ISO 1600 but did go up to 3200 for about a third of the shots and 6400 for another ten percent. All were very usable with the ISO 6400 images requiring a bit more noise reduction in post.

One of the things I like about the new generation of Sony sensors in the Nikon full frame cameras is that ability to pull up detail in the shadows. At lower ISOs like 400 and 800 you can pull up nearly a stop and a half of shadow detail without really effecting the overall quality of the image. It's a nice buffer when shooting in contrasty light.

A note: I will be in Saratoga Springs, NY on Weds., Thurs. and Fri. of this week and don't plan to take a laptop. I won't attempt to write a column on my iPhone but hope to be back in the writing mix on Saturday. I'll try to make tomorrow's blog good enough to last you for a few days. In the meantime, if all the other photo blogs on the web bore you to tears you can always buy a copy of "The Lisbon Portfolio" at Amazon.com and get a nice dose of my long-winded writing.... And you'll be supporting my blog. You might also enjoy the story of a working photographer caught in a web of corporate and national security intrigue...


Posted by Kirk, Photographer/Writer at 11:57 2 comments: