Making Photos at Esther's Follies. The comedy and magic theater of Austin. 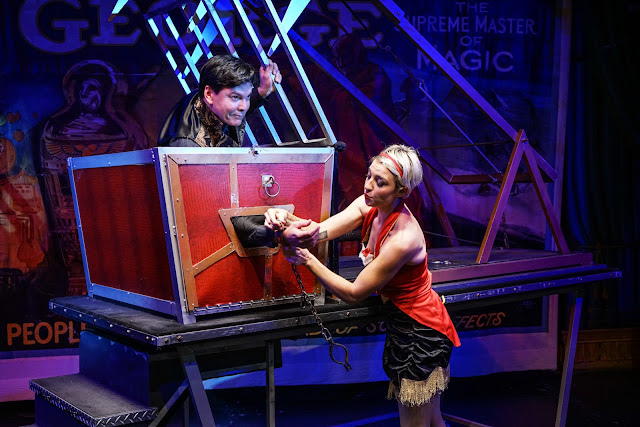 Austin's reigning wizard of stage magic and special effects, Ray Anderson is locked into a box.

The talented crew at Esther's Follies, on Sixth St. have been making Austinites laugh for over thirty years. The local politicians on both sides of the aisle do enough absolutely crazy stuff, day in and day out, to provide a never boring source of material that gets woven into every show. But national election years are like a bumper crop of fun political insanity to parody and play with.

Ben and I headed downtown to grab some shots on Weds. afternoon. We mostly shot with the stage lights but we set up two mono-lights with umbrellas and used them for some of the photographs. After a morning of photographing carbon fiber wheelchairs for a healthcare client the zany crew at Esther's made me feel like we had ventured into an alternate universe.

I guess that's one of the charming aspects of being a photographer: two theater gigs in the same week as two corporate gigs and an advertising shoot for medical equipment. Toss in a couple  doctor portraits and you've got an interesting five days. 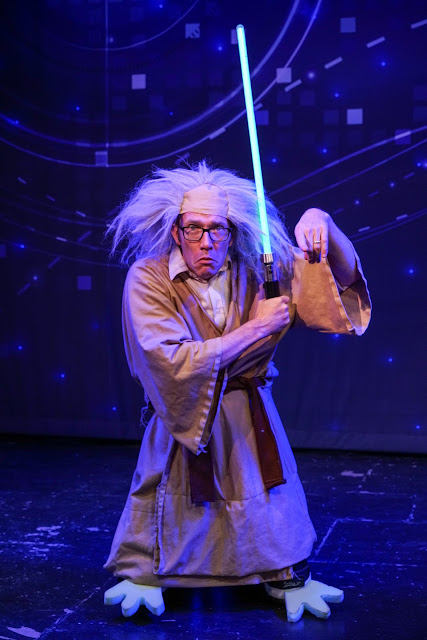 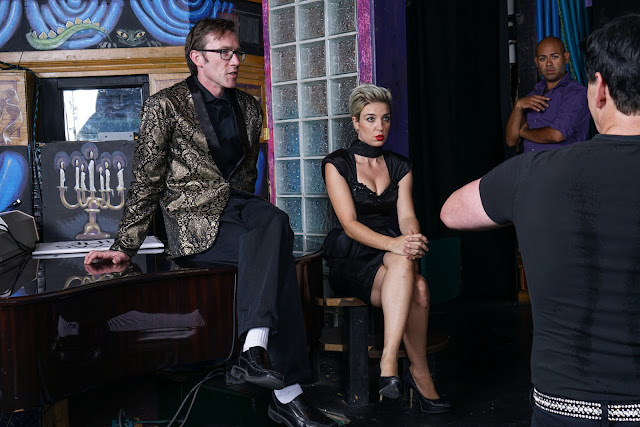 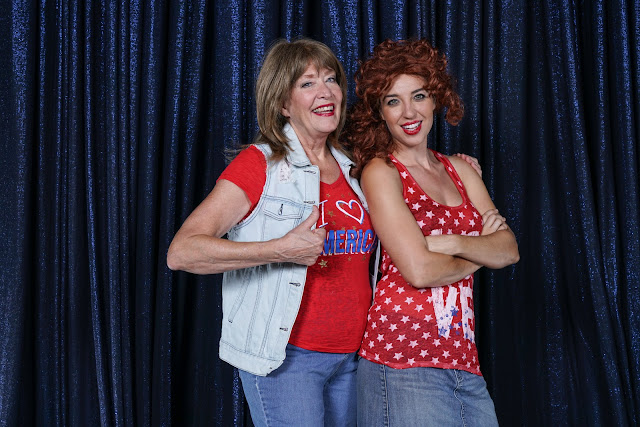 The first shots were all done with a handheld Sony A7r2 and the Sony/Zeiss 24-70mm f4.0. The bottom shot was lit with two Photogenic mono-lights, each with a big (60 inch) white umbrella.

If you come to Austin there are three things you should not miss: Eating great Tex-Mex food (every local will give you a different restaurant recommendation. All will conflict.). Swimming in the heat of the Summer at Barton Springs Pool. And, seeing a show at Esther's Follies on Sixth St.

Posted by Kirk, Photographer/Writer at 18:02 2 comments:

I'm curious to hear what VSL readers think of the various lenses made by Samyang (Rokinon). Do you use them? What has been your experience? 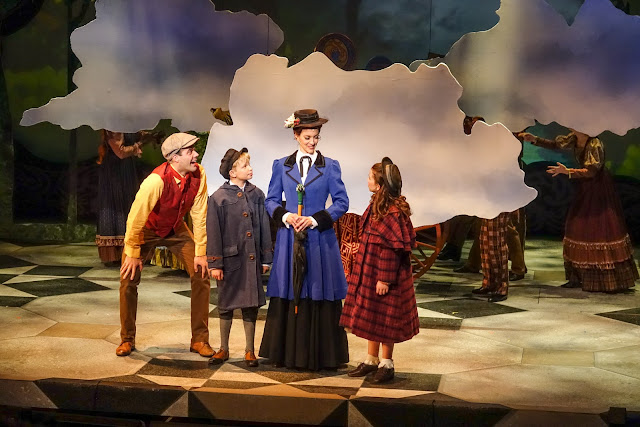 From Zach Theatre's production of "Mary Poppins."
(Taken with a Sony lens)

I'll go first. I bought my first Rokinon lens a few years back when I was using the Sony a99 cameras. It was the 85mm t1.5 Cine lens. As I understand it the first cine style lenses were optically the same as the contemporaneous non-cine lenses and the only benefit, besides the marginal benefit of the "unclicked" aperture ring, was the addition of geared rings for aperture and focus. The gearing allows for the use of follow focus mechanisms and aperture shift mechanisms popular with video camera operators.

I'm a sucker for a good, fast 85mm lens and, for the price at the time, my attitude was that if the lens isn't great it's not a big deal. But, in fact, the 85mm lens I got was very good and I did lots of work with it even though I owned Sony's Alpha 85mm lens as well. I got such good results that I eventually bought the Rokinon 35mm t1.5 Cine lens as a compliment to it. And that lens was a good performer as well.

The other lens that intrigued me was the 14mm t3.1 Cine lens. It's the same as the 14mm f2.8 lens but with the added cine paraphernalia. Once I found a good profile for geometric corrections in Lightroom and Photoshop I was also quite happy with this one as well; even though I find that my style of shooting rarely calls for much extreme wide angle work. Still, for around $300 it's nice to have the option to shoot crazy wide...

All of those lenses were purged during the shift to the Nikon system but I had come to value the utility of the 14mm and the 85mm so much that I bought them again, but in the Nikon dedicated mount. Even though I have shifted to the Sony mirrorless cameras now I have kept these lenses and have been using them with adapters. A few days ago I found an 85mm cine lens in an E mount for a small price (used) and bought it as well. I shot with it during an assignment to photograph the chancellor of a major university system in Texas and was again reminded of just how good the optics of that particular lens is. Very sharp and very easy to nail focus with using the focus peaking and focus magnification systems of the A7ii camera.

So, next week I have an assignment that will call for shooting small products (less than two inches on a long end) on a white, tabletop background and I started looking for a good macro solution. I have a basic solution that consists of a Nikon 55mm f2.8 Macro lens, along with a macro bellows, if needed, but I was interested in getting a bit more working distance and so started looking around at 100-105mm macro lenses from various makers.

The logical one would be the Sony 90mm  f2.8 OSS FE lens which features image stabilization and AF but I generally use lenses like this on tripods and nearly always use manual focusing. I also stumbled a bit at the $1200 price tag. That led me to the Rokinon 100mm f2.8 macro. The optical formula looks interesting and the reviews are sparse, but that's never really stopped me from at least giving the unknown a try.

I ordered one from Amazon and it should arrive tomorrow. It will be here in time for the shoot next week. I'll test it out tomorrow and make big assessments and, if it passes the general tests, I'll take it with me next week along with the Nikon Macro as a known safety.

I would curious to know if you have used any of the Rokinon/Samyang lenses and what your opinions are. I am also interested in the 50mm f1.2 - which I understand is only for the cropped frame cameras. The next big thing on my list would be the 50mm f1.4 for the full frame cameras so let me know your experiences with that one too.

Another fun week over, another fun week coming up. I'm really enjoying having the boy along as an assistant. It's a fringe benefit of being the boss.
Posted by Kirk, Photographer/Writer at 12:37 17 comments: