An interview with Vincent Hooper who is playing the role of "Stokely Carmichael" in the Zach Theatre production of, "The Great Society."


Vincent J. Hooper reflects on "The Great Society" from ZACH Theatre on Vimeo.

Vincent is an incredible stage actor and was a wonderful interview subject. I worked with Zach's P.R. person, Lauren, to ask the right questions. With good talent and a good interviewer I sometimes feel like it's enough for me just to light scenes and run the camera.

We were obviously shooting a noisy location but I thought the background noise from the sirens was pretty cool.


Posted by Kirk, Photographer/Writer at 17:42 No comments:

We also did an interview with Meredith McCall, the actor who will be playing "Lady Bird" Johnson in Zach Theatre's upcoming play, "The Great Society."


Meredith McCall reflects on "The Great Society" from ZACH Theatre on Vimeo.

I love Meredith's interview but I do hear some car noise outside. I guess it's a balancing act when it comes to either stopping a good interview and trying to wait for sounds to clear or just realizing that you are on a "live" location and taking whatever comes.

We shot the interview with two of the Aputure Light Storm 1/2 lights. One through big diffusion and the other as a background wash. The camera was a Sony a6300 set to shoot 1080p. In retrospect I wish I had shot in 4K and down sampled. I've been testing the 4K capture lately and it's so nice.

Hard to get the room sounding perfect when you are faced with metal ceilings, concrete floors and metal overhead doors.... Ah....location work.


Posted by Kirk, Photographer/Writer at 17:33 3 comments:

The danger of being "over-prepared." 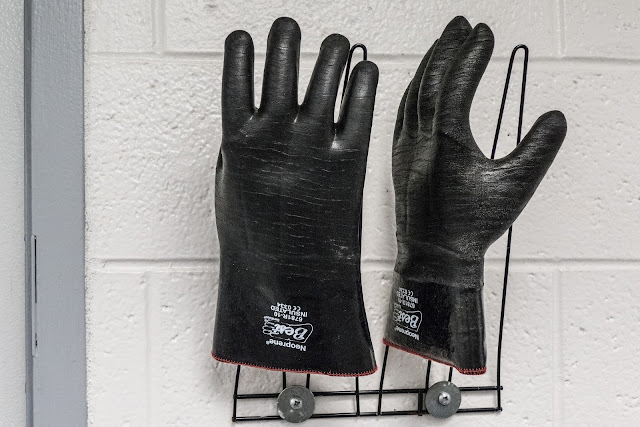 There is a process that some of us in the business of photography go through in order to be extensively prepared for potential jobs that may be in our futures. The process consists of doing relentless, voluminous research about best practices in the genre, followed by creating lists of the gear "candidates" that are best suited for the particular projects, followed by the acquisition of the gear, followed by obsessive practice with the gear, and then, after all this work, the gear and training meet the realities of the actual job and everything just pops like a soap bubble as we come to understand that we could deliver AMAZING but that the client just has the budget and inclination for GOOD ENOUGH.

This is not intended to be a  screed against clients, per se, but a mea culpa of our own complicity in the hallucinatory process of preparation that's fostered by the stories and fabrications of (authentic???) practitioners of our craft on the web.

Of course, the underlying reason for the existence of the web has changed from a being a portal for the democratic dissemination of information and opinions into a giant selling bazaar, hawking everything from porn to the latest camera. The selling requires the creation of the intertwined twins, need and want. In order for you to want a new camera you need to become convinced that your existing camera (or lens, or light, or tripod, or car....) is now not sufficient to do a process that will ultimately profit you. You read "articles" about how a new product enabled some likable and jocular imagined competitor provide clients with end product (the result of using the new product) that is demonstrably superior to the product from your woefully outmatched, current product. There has to be an implicit promise that the new product will generate more happiness for you by making you more competent and more proficient. The new product should also "lift" your stature in the eyes of your clients. If you have clients...

Here's an example: We get a call requesting that we shoot some video for a product that a person wears while walking over rough terrain. The video will be of a man walking over uneven ground and going up and down hills.  We immediately go into research mode and start looking at videos, done by others, for similar products. We see lots of video of incredibly smooth and stable tracking shots (shots where the camera is following alongside the moving subject) and we dive into researching this style of tracking shot. We see videos that show this shooting method using Steadicams, Dollies with track, hand held gimbals and more. We bore down to find the best of the best scenario. In a shoot on scrambly terrain it might be the use of a Steadicam. That leads us down into a thorny thicket of options, from relatively cheap to ones a dear as a house, and we spend the time trying to find that fictive divide between budget and production value.

Then we talk budget with our client. "So, we're pretty sure we can get a SteadiCam operator and his assistant for about $3,000 a day and use this camera package at $650 a day because according to the operator it works best on his rig... And so we'll need a camera assistant to set up the camera and that's going to set us back $1,800 and we'll need some support crew in case we need to light and also a digital tech to pull the footage off the camera wirelessly and make sure it's all okay."

And you look over at your client because they have a curiously blank, almost fearful expression on their face and they have obviously stopped listening to what you are saying. You realize that you allowed yourself to stumble into a marketing driven rabbit hole and you were unsuccessful in pulling your client in along with you. Then the client tells you that they used to shoot this stuff with the video on their iPhones but they kinda thought it would be nice to have something a bit better, you know, if the budget isn't too crazy.

At this point it (should) dawn on you that what they really wanted (but didn't know how to describe) was for you to put your nice camera on a tripod with a fluid head and just do a paning shot while the talent walked though parts of a nice, hilly park. And, NO, they don't want the final footage in 4K because they aren't set up for that; and NO they don't need to have you arrange for craft service because it's just going to the the three of you and there's a nice Whataburger Restaurant about a half mile from the park.

I've been through this a number of times. It's really more about listening to the actual needs of the client before anything else.

But it is easy to drive ourselves nuts in our mania to be "ultimately" ready for anything. I remember a conversation I had with a very good sound engineer a while back. I was trying to get him to tell me exactly what wireless microphones I should get to do my video work with. He asked me what my primary use would be. I told him that I mostly do single person interviews in corporate locations or in the studio. He told me I'd get better sound with a nice supercardioid (shotgun) microphone. I told him "EVERYONE IS USING LAVS!!!" He thought that was a cute idea.

I bought two sets of Sennheiser wireless microphones. About $1500 bucks worth of stuff. Then I listened to a really great video that the sound engineer had worked on. The audio was perfect. Rich and detailed but with no apparent noise at all. My wireless mics sounded flat. Like the equivalent of low dynamic range in audio. The sound I was getting was boring.

I went back to the sound engineer and peppered him with questions. He suggested I get, and learn how to use, a decent shotgun microphone and a boom pole. I did. He was right. It sounded better to my ears but the microphone didn't sound nearly as good as his video had. He asked to see my microphone and I pulled out my shiny new Sennheiser. He asked me to show him how I used the microphone; how I placed it. How far from the talent?

He suggested that we test it. I did it my way and then he did it his way. He got closer, he angled the microphone down a bit more towards the talent's mouth. He set his levels a bit lower. His test made the microphone sound so much better. His last shot was this: "A decent microphone, used with knowledge and skill, will sound so much better than a costly microphone in the hands of someone who doesn't know what the hell they are doing...!" And then he stared right at me until the exchange became a bit uncomfortable.

My compulsive desire to be "ultimately" prepared for getting audio led me down the same path that we hate as photographers. It's that moment when someone looks at one of your images and asks, "What camera did you use to get that picture? It's great!"  Since most of us are "technically inclined" (gear nerds) we seem to love stuff that's wireless even when the people who make the big money in the business love stuff that's hard-wired.

I'm not saying we shouldn't be prepared but that preparation starts with understanding the client's budget and needs and not by trying to be prepared to shoot the next Star Wars episode. There's a range. It's good to know where in the range your project falls and then to make it successful given your time and budget. If the camera is the magic bullet in the equation then I would say you are already starting behind the eight ball.

The bottom line is that the need that creates "over preparation" probably comes from some feeling of technical inadequacy. We're trying to compensate for our imagined (or real) shortcomings by buying our way through a job. In fact, in most cases, the gear is secondary to the skill set.

Who needs really great gear? The guys who already know what they are doing and are doing at such a high level that the difference between a $5,000 tripod head and a $12,000 tripod head makes their job even better. I'm not there yet. Not by a long shot....


Posted by Kirk, Photographer/Writer at 14:19 2 comments: