Gearing up to shoot another little video project for Zach Theatre. Putting the Panasonic fz2500 through its paces. 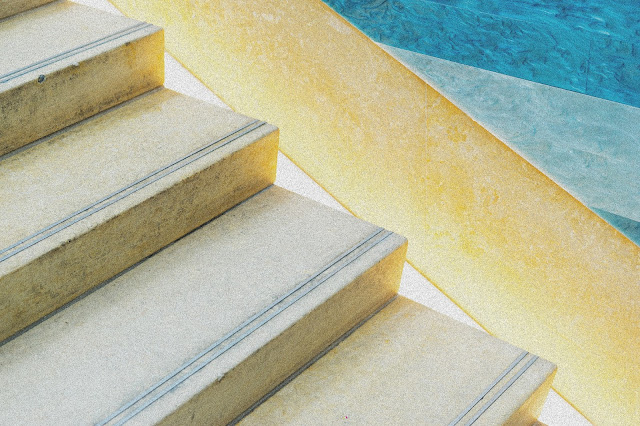 I have a project to do for Zach Theatre. They are producing "Lady Day at Emerson's Bar and Grill." It's a musical play about Billie Holiday and from what I've heard so far it's amazing. We thought it might be a good idea to expand on the idea of the quick interviews we did of three actors for the previous "LBJ" play and do a nice video interview with Chanel; who will be playing the role of Billie Holiday; and a second interview with director, Michael Rader.

I'm trying to be more strategic in my approach to these video projects so we don't get rushed into producing a bunch of (mostly unusable) footage under tight schedules. We haven't scouted shooting locations for the interviews yet but we know they will be somewhere on the Zach "campus." Before we schedule the actual interviews I want to see what kind of b-roll we can get of the two interviewees  in the context of the play. The "behind the scenes footage."

Tomorrow afternoon is the last rehearsal before the tech rehearsal on Sunday. I'm heading to swim practice in the early morning and then will get to the theater around 12:30 pm to get ready for some very discreet, candid video shooting while Michael and Chanel go through a full run of the show.

I won't be lighting any of this and I don't need to record sound. I'm shooting with the fz2500 on a monopod so I can move quickly and get as many angles and compositions as I can. I've mapped out a list of shots I want, everything from tight shots of Chanel's face while she sings to much looser "two" shots of the team working through the fine-tuning that always happens. I plan on taking this footage and rendering it as black and white. I'm not worried about noise because I love the look of grain in black and white and have been testing in post with files from the fz2500 to get a very similar effect. I'll use it in conjunction with the color footage from the interviews. It's a luxury I didn't have with the previous projects. I'll have about two hours to get as much good stuff as I can.

Today I tested my set up. I'm shooting in 4K with the idea of downsampling to 1080p (Pro-Res 4:2:2) in post. At ISOs all the way up to 6400 I'm fine with the way the noise works in black and white. I wouldn't really consider going there in color. I'm shooting in color with the Cinelike D profile instead of shooting black and white in camera because I'll have a lot more options for the conversion to monochrome in the editing software.

The image stabilization in 4K is pretty good. Not as crazy good as it is in 1080p but the use of a monopod more or less equalizes the stability advantages of the 1080p, five axis performance. I've also been working on focusing for high sharpness with longer focal lengths and longer distances. Frank and I played with all the variations this morning and we found an interesting and weird anomaly. When using the mechanical shutter I tend to get a tiny bit of secondary ghosting that only becomes obvious when I chimp the files at 16X (this is in the "stills" mode/photographs) but the ghosting goes away if I use the electronic shutter setting. It makes sense that if we were going to see vibration induced image destruction it would happen at the higher magnifications. Something learned for the next still shoot.

While I am using the Cinelike D profile I am fine-tuning it by pulling out some of the noise reduction. I'm working at minus three right now and can see more detail; especially at higher ISOs.
This reportage style of shooting should be a nice test of the camera's video functionality and I'm happy that I've tested most of the parameters in advance.

I'll go to the other extreme next week when I shoot the interviews and bring a bunch of good lighting; aiming to shoot as close to the "native" ISO of the camera as I can and with an aim to get wonderful skin tones. I want the contrast between the black and white b-roll and the color interview footage to be very obvious.

With a pocket full of batteries and a 128 Gb card in the slot I should be able to get as much b-roll as I'd ever want to dig through.

From my tests so far the 4K video from the camera is really, really pretty. Nicely detailed with few motion artifacts. I'm ordering an Atomos Ninja Inferno monitor/recorder to use for the interviews; I'd like to see how the footage looks writing the files directly to 4k Pro-Res files instead of the H.264 internal files. I'll flesh out a report as soon as I test it out.

The fz2500 is a camera with a very nice, very camera-esque personality. I like it a lot even if I think the files coming out of its closest rival, the Sony RX10iii are just a hair sharper and contrastier. Once I drag the Panasonic files through post processing you'd never be able to tell the difference. Remember? We're adding grain...

I'll keep them both. Interesting personalities and perfect for two different project mindsets. More after the shoot........
Posted by Kirk, Photographer/Writer at 18:37 2 comments:

Trip to the Blanton Museum #93. Confronting the red furniture. 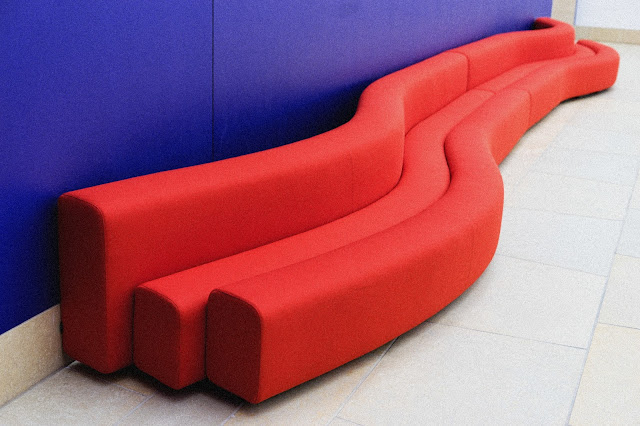 It was a luxurious, warm Spring afternoon. I'd spent time blowing oak pollen out of the gutters with a leaf blower. I had a leisurely, late lunch of cheese enchiladas, corn and beans washed down with a grapefruit soda. It seemed like a good time to go to a museum.

The Blanton has been closed for the last few months to revamp, re-fit, and re-imagine the space. Some galleries got reconfigured. A giant wall got painted a blue-ish purple. Three pieces of red, seating furniture arrived.

I brought along a camera just in case I saw someone who was so beautiful that I couldn't bear to go through life knowing I had no photograph to prove such beauty existed. I settled for images of the red couches. They are not so much beautiful as overpowering.

The camera was a battered example of the Sony A7ii. A pedestrian, 50mm f1.8 on the front. It felt simple and perfect. For once I didn't mind that it is goofy loud. the noisy camera seemed to aurally match the visual scheme in front of it. I tossed some mezzotint all over the photos, in post.