A spectator's seat at the battle of the big cameras. The Sony A7Riii and the Nikon D850. 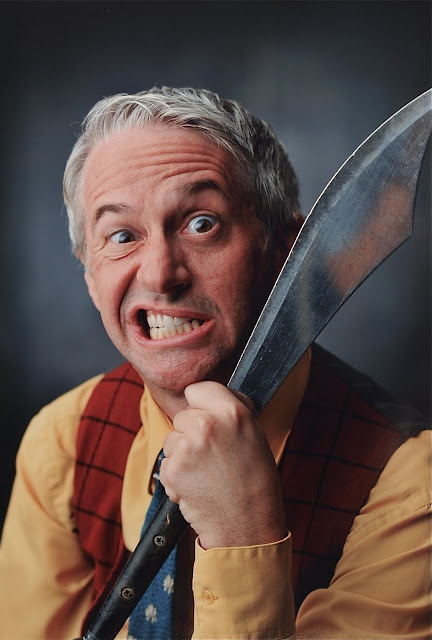 Just as an aside I find it humorous that back in 2010, about seven years ago, I was testing three medium format cameras and I never once heard from full frame (35mm) or cropped frame (APS-C) shooters that the advent of the new raft of medium format digital cameras would render their current "mini-camera" (35mm style) collection obsolete. Even though the MF cameras were demonstrably and, in some cases amazingly, better image makers I never saw the flood of "must give the clients the best tools in the universe" people who now pontificate about how one must have a 40+ megapixel, full frame camera in order to compete; to even survive, as a professional photographer. They could have had 40 megapixels back then if they truly believed their bravado and had the balls to drop the cash...

Then again, as we all know, all that self-serving gear worship is just so much horse crap.

But, people love to read about the latest, priciest, most prestigious gear so let's hop into the meat of the blog. Sony A7Riii versus the Nikon D850. TL:DR version = The Sony is the better camera, the better system, the better video camera, the more flexible option and the sensor is pretty much the same.

Of course I say all this having never handled either camera. I've only read the specifications, listened to people on YouTube who once held the camera in their hands for about the amount of time it takes coffee to cool, and talked to a few industry insiders. In other words, about as much actual experience with the cameras as most of the people out there "reviewing" them.

Let's start with the Nikon D850. It's basically a Nikon D810 with a few more pixels added to the mix, a vast improvement (but still nowhere near its competitors) in video, slightly faster frame to frame performance and very slightly improved auto focusing. The body is large and ungainly in most people's hands and the consensus is that the majority of Nikon's lenses will not match the resolution performance of the sensor --- not by a long shot. The lens mount mostly precludes using lenses from other makers with adapters and whomever buys the camera is buying a last century construct that uses flapping mechanical mirrors, mechanical lens linkages and a "dumb" (OVF) viewfinder. Really, the only thing that sells the camera is the sheer resolution of the sensor and the implied "leap" in quality that the sensor might deliver if all the stars line up, you use the best lenses you can't afford, and your technique goes from mildly compulsive to absolutely anal.

You get all the usual Nikon "features." The nagging dread that all of your lenses are either front or back focusing (or both) at many focal lengths and distances. The inability to use the finder when shooting video in bright sun, or in any light. The potential for at least one manufacturer's recall; maybe two (or more as in the case of the D750). In exchange for getting a full frame (35mm) sensor with resolution that matches medium format digital cameras from seven years ago you also get the privilege of walking around with huge and heavy lenses.

One might argue that this is the price one pays for imaging perfection but there is always going to be that nagging doubt in the back of one's mind that the compromise of much smaller sized pixels will logically put the sensor at a decided disadvantage when compared to the larger pixels of the bigger medium format camera sensors. Oh well, at least the D850 doesn't seem prone to overheating...

So that must mean the Sony A7Riii wins the race, right? Well, if photography were actually a race, or a head-on competition, you might make an argument for the Sony camera but it's not such a big deal either. When you splash out the extra cash for the newest Sony full framer you are basically getting the same sensor (and performance) as the previous model along with a second card slot and some feature gingerbread, like the (poorly conceived) multi-shot ability. A second or two between shots? Have they never met humans? Humans don't wait. Call me when multi-shot from Sony works handheld, for moving objects or, when it's at least as good as the multi-shot feature implemented years ago by Olympus.

I'd conjectured that Sony improved the video but a quick glance at the specs still turns up no full 4K setting, no 4K 10 bit 4:2:2, and no All-I codecs. Not even an increase in information throughput. Just the same old, same old video that you'll get from the previous cameras. In fact, the video in the one inch sensor RX10iv might just be a higher quality file. Pretty wild, huh?

For around the same basic price of the Nikon D850 you get a camera with a bit less resolution, much less battery life, an "interesting" approach to physical handling and a smaller system of available lenses from Sony (not that most people should care). Why bother? Well, you do get to operate your camera as though it was designed and made in the 21st century. It does have purport to have a higher resolution, more beautiful EVF than its predecessor  (which is vital in a professional camera that will be used for high end advertising and all video...the EVF that is...) which makes for a nicer user experience. You get the second card slot you think you want (even though it is not the same performance as the #1 card slot). You get access to a vast ocean of adaptable lenses and you get bodies that are much less ----- fat. I don't want to "body shame" Nikon but the days of wanting to carry around extra weight and buy larger cases with wheels on them are pretty much over. Electronics should be able to reduce the complexity and number of parts in a camera and Sony cameras go a long way toward validating that idea.

( full disclosure: I owed the predecessors to both of the cameras being discussed here. I no longer own them).

The Verdict? Both of these cameras were designed for  last decade work targets and the general use for cameras has morphed beyond the need for most of what those cameras offer. The majority of users in the world are no longer members of camera clubs; meeting up to show each other all the glorious detail in their 16x20 prints of kittens and wine bottles and coffee cups. We no longer haul around big tripods (which you'll need in order to see any advantage between the two cameras discussed above and the next models down in each company's line up). A person walking around town with a D850 and a 70-200mm f2.8 draped over one shoulder with a Black Vapid camera strap seems so much like a photographic anachronism now.

We find ourselves in a situation where progress has made most cameras, of all different formats, equally good, and certainly sufficient, for 99% of the uses for which people undertake. People are using one inch superzoom cameras to do work that used to be the territory of film Hasselblads and then full frame digital cameras. The targets for the images overall are different than they were ten years ago. The culture has changed. Technology changed. Venues for sharing all changed. The obsession for horsepower has dissipated. The big, traditional, full frame camera is now more or less the replacement for the gold watch at retirement. A talisman craved only by those who lived through the (previous) golden age of photography.

Both the cameras are largely irrelevant. My recommendation would be to keep what you have till you find the point where it fails you and where that failure actually bothers you. So few people (including the vast majority of professionals) need any camera with more than 24 megapixels for modern work.

Most people would be more productive with a small, portable, powerful camera, like a Sony RX100V, than any big, interchangeable lens beast. And they'd most likely use it a lot more often just because it's easier to carry and offers 95% of the performance. If you want to enjoy photography instead of using camera gear as a status measure you might take a Fuji, Olympus or smaller Sony... or even small, plastic Nikon consumer DSLR out for a spin. The sheer quality of the files might surprise you. The smaller footprint will surely please you...

I guess all the "journalism" surrounding these camera introductions is akin to car magazines reviewing the latest Porsches, Corvettes and Ferraris, interspersed between logical and straightforward reviews of Hondas and Toyota family sedans. Fat guys with slow reflexes driving cars fast that no rational human would consider for everyday use....same. 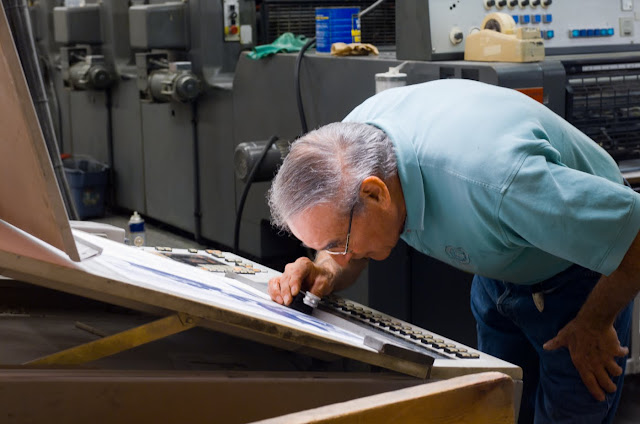 "Ah yes. I see what you've done here. I needed to get my 100x loupe to see it but...I think you are right, the left edge of the Nikon D850 green pixels are slightly off square....pity." 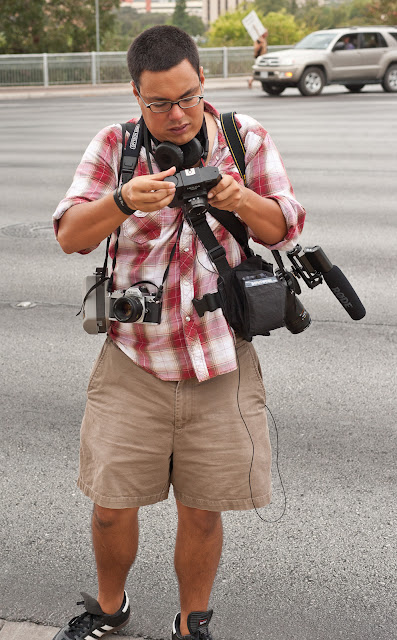 This man believes that camera choice important. Minute by minute choice.
Not chimping -- winding to the next frame.... 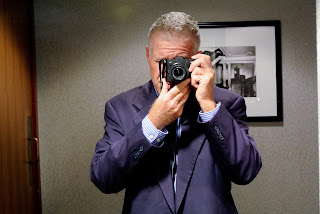 Make sure you buy cameras that, when draped over your shoulders, don't ruin the line of your suit. 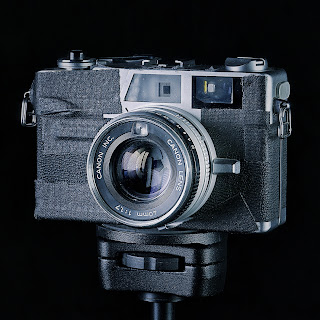 Of course we still measure performance and final quality by the 1970's Gold Standard.
(Still in use in 2017). 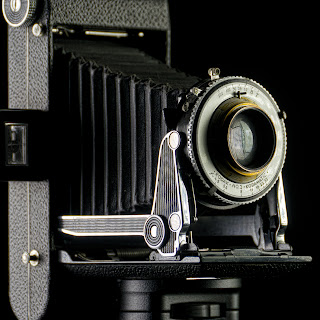 Millions and millions of ancient images reveal the lie that no good work was ever done before the advent of BSI sensors and (alleged) 14 bit raw files. 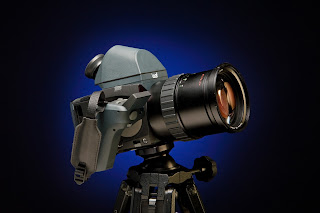 "Real Pros have to use.....XXX" What a bunch of self serving crap. If you were really hellbent on delivering the "very best" to your clients you would have been using a camera like the one just above seven or eight years ago. Or one of the new 100MP models available right now.
Go ahead, trade up. I dare you. 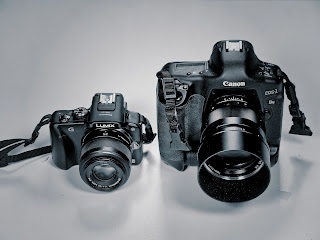 Let's see. I'm going to post some stuff to Instagram. And some stuff to Facebook. Oh, and to that contest on DPReivew, and it's all going to be about my rock climbing hobby. I wonder which camera might be the best choice? Can you help me? 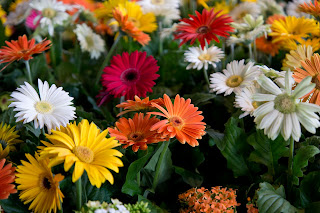 "It is fundamentally impossible to take actual photographs with small sensor cameras...." 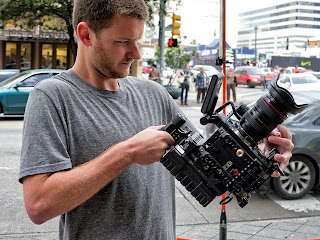 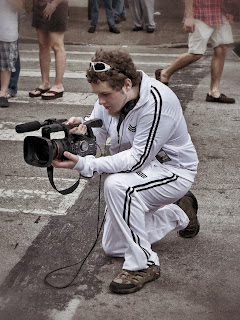 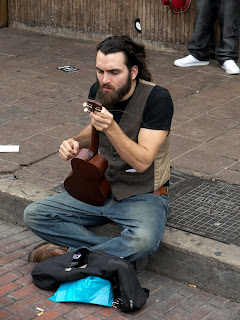 Three above. The logical evolution of reportage video. 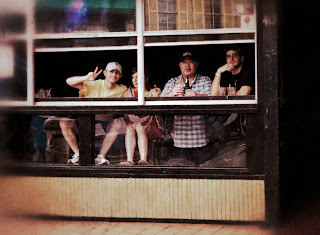 Sure wish I'd used a full frame camera.... 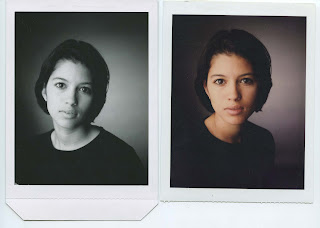 I can hardly wait for the next camera announcements.
I wish I could be there to see some of the reviewers wet themselves....

But which camera would I use to document it?

Posted by Kirk, Photographer/Writer at 15:14 7 comments: