So hard deciding what to get myself for my birthday. But I finally nailed it. One day late. Surprise acquisition!!! 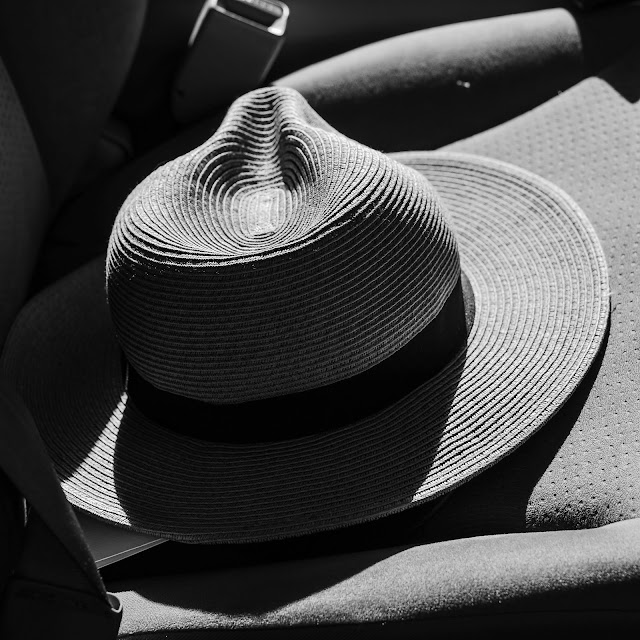 continuing the square nostalgia series with the GH5. (And below).

Lately I've been looking, with some interest, at the Fuji line. Everyone talks it up; especially if they own some. Now, I'm not dissatisfied with the Panasonic and Olympus gear, far from it, my love affair with that system continues more or less unabated. More so after two more very successful (and counterintuitive) assignments. But my photographer brain (nerd brain) is always on the prowl for something that might give my work magic (read: external) powers.

I'd been looking at the Hasselblad X1D kit but it seems a bit pricey for a body with a smallish MF sensor, slow to glitchy AF and only three lenses. The "deal killer" for the kit is that the longest lens is only a 90mm which is more or less equivalent to focal length blah for portrait work. At least my portrait work. The case the system comes in looks nice but a quick glance around the office turns up more nice cases than I could fit in the back of a pick-up truck. I thought of lighting the match on nearly $15,000 but the current model looks like so much "Let's test the market! We'll fix all the horrible mistakes in the next model...." I decided not to become a beta tester again...

Since re-entering the holy order of small sensor shooters via the m4:3 system I have had my eye on the Olympus EM1.2. It seems like a really nice body. Good AF. Great I.S. A nice finder and decent video. But then I took a trip to the camera store and handled it. Until they get Panasonic to subcontract construction of a whole new menu system I'll have to pass. The menu is just too arduous for me to consider. I am, after all, only a humble photographer, not a computer programer/hacker.

As my birthday burst into its full glory, and clients showered me with fantastic riches, the thought of picking up "just one Fuji camera and just one Fuji lens" started pulling at me; appealing to my most irrational impulses. I've had my eye on the Fuji X-Pro-2 for quite some time because I really love the way the body looks and, by all accounts, the 24 megapixel process they use is supposed to be beautiful and nearly flawless (unless you do raw conversions with Lightroom...). I ventured over to Amazon and put one in my cart, then I went back to reading all the reviews. "Nice handling." "Great images." "Best Pumpkin Spice bokeh!!!" The generally positive reviews, generated no doubt by people's urgent need to justify their purchase, had me nearly hooked.

My research for Fuji's "perfect lens" just about set that hook. I found something called the XF 56mm f1.2 lens and I had to pause my search for a minute or so to mop up the drool.

Could a system be a better fit for me? For my momentous, yet-to-come, seminal portrait work? I imagined the creamy bokeh and all the background stuff that would be rendered into a pleasurable visual abyss as I merrily blazed away with the lens wide open. This might be the next step. My monolith on the surface of the moon that would launch my own Odyssey into the unknown regions of photography. Photography as practiced by the idols of my youth. In seconds the lens was in my shopping cart. The justifications could come fast and furiously. I deserved it. No, I needed it. It would be mine. Oh yes, it would be mine...

But my newest resolution stepped in at a critical juncture of the process. It was my recently embraced personal promise to myself to sleep on any potential purchase --- at least overnight. No quick orders after short naps on the couch.

I closed down the machine of mercantile delight (iMac) and headed out to a big wedding at a ranch. We found the open bar and the fabulous barbecue, that should be required at all Texas weddings, and as we sank into the bliss of observed, potential matrimonial optimism for the new couple, in front of a blazing fire pit,  my thoughts shied away from the need to buy MORE CAMERAS AND LENSES NOW. For a few seconds it seemed like a very "Zen" state of mind. Or the influence of Champagne...

We had our first real cold snap last night. The winds whipped the trees around and a great push of weather; a frigid blast from the north, dropped our temperature down to 38 degrees. It was still 40 when I made my way to the spring-fed Deep Eddy Swimming Pool to get in my post birthday swim workout. I had on my down jacket and I assured myself that, since the water temperature should be the same as last time I swam there, I could handle the cold. Just in case I pulled on a second back-up swim suit ("jammer" style) over my first. A little more insulation against the perceived cold.

Belinda had given me a cold weather swim cap and some neoprene swim socks in an attempt at helping me ward off instant hypothermia. I wore them. After I changed into my swim gear I put my down jacket back on and headed down the long stairs to the pool area while being buffeted by the gusting winds.

On Thursday the water temperature had hovered around 72 or 73 degrees and even though the primal immersion had been jarring and uncomfortable on Thurs. I had warmed up quickly and gotten in a nice swim. By the end, that afternoon, I was warmed up and fairly comfortable. But that was then. This morning was different.

When I got to the deck there was only one person swimming in the pool. It was a younger woman in a full, long sleeved, long legged neoprene wet suit. No one else was in sight. This was something of an irregularity for a Saturday morning. I asked the lifeguard sitting on the nearby stand why no one was swimming. She said she thought most people believed it was too cold. I asked if the water was the same temperature as a couple of days ago and she pointed to a thermometer, sunk in the water and tethered by a thick, white string. It was the same thermometer that told me the pool was 72+ on Thursday.

I pulled the device up out of the water and glanced at the scale. And then I glanced again. It was reading somewhere between 67 and 68.

Oh well, I thought, how much difference could 6 or so degrees make in the grand scheme of things? I took several deep breaths and jumped into one of the many empty lanes. The shock of the cold was almost painful. "Get moving!" I kept telling myself. "You'll warm up."

I swam a hard, fast mile. I was almost afraid to stop. And across the 33.3 yard length of the lane the water varied in temperature. Parts were the same nasty chill I felt getting in but here and there were patches that were even a few degrees colder. By the end of the mile I was feeling the first effects of actual hypothermia. My muscles were tight and I was feeling just a bit shaky. I crawled out of the pool, tossed on my down jacket, and headed up to the open air changing area. I pulled off my swim cap and immediately put on the Polartec cap I'd brought along. I didn't have the courage to wait (a long time) for the hot water to arrive at the shower so just I dressed as quickly as I could and headed to my car to turn on the heater and make an emergency hard target search for the life sustaining miracle of coffee.

It was in that very moment that I knew which way to go on my birthday purchase. I knew which gear would get my hard earned cash. Not the Hasselblad. Not the Fuji. Not even the newest Leica.

I headed the car straight to Austin TriCyclist (a very good local shop for triathletes) and begged the owner to supply me with just the right wetsuit for winter swims. Something that would cover my torso and upper arms. Coddle my thighs. Keep my guts at the right operating temperatures. Now I have a wetsuit. All thoughts of new cameras vanishing in the cold depths of the swim. What good is any camera if you can't swim?

I can hardly wait to head back to Deep Eddy Pool tomorrow morning and show the callous and taunting  face of nature that I was not defeated. I'm there for the winter. And I'm ready! 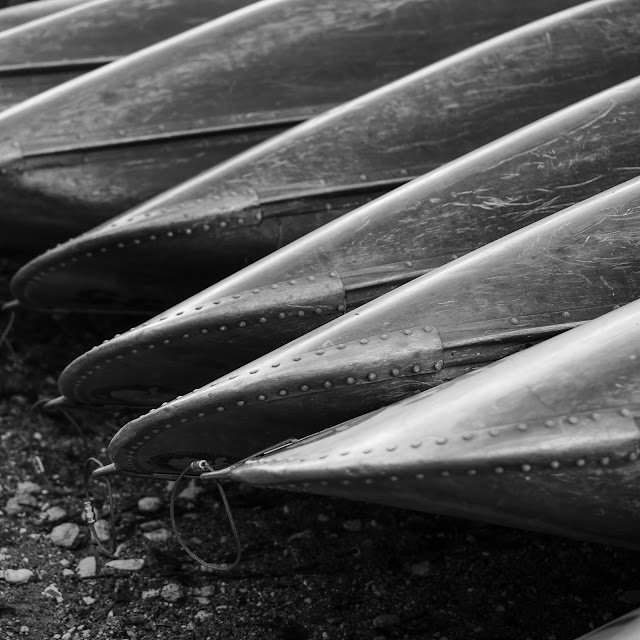 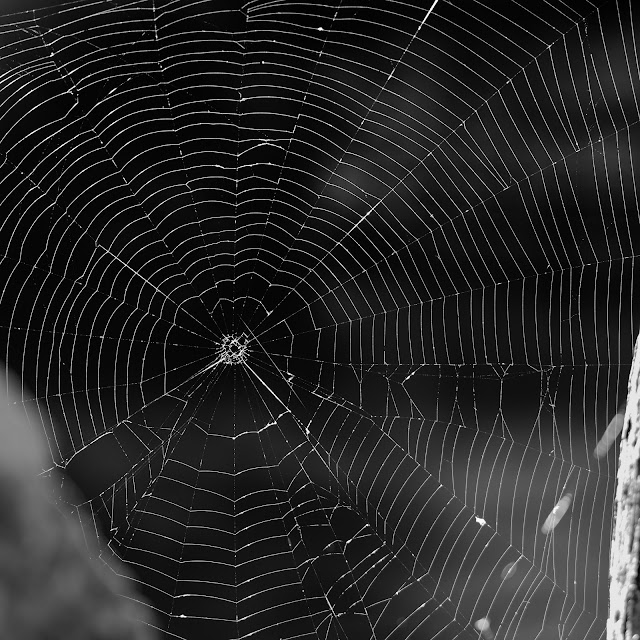 Posted by Kirk, Photographer/Writer at 16:26 27 comments: