I had a fun day flashing back to 2008 in my favorite camera store today. Bought another Nikon classic for a fraction of the price I paid for the same model a decade ago.... 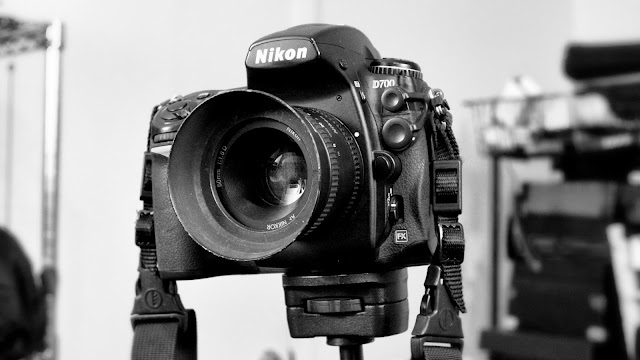 As I mentioned in a post this morning I've gotten into some sort of thought-loop about older cameras from the glory days of digital. More specifically I've become convinced that the move to higher resolution with ever smaller pixels versus lower resolution with big fat pixels is not an improvement but a compromise or trade off.

Before you rush to vilify me for what might seem to you to be an obvious blind spot in this whole thought process please be aware that while I did own this camera once before (the year after it hit the market I bought one new) I have also owned and worked with both the Sony A7Rii and the Nikon D810 so I am not a complete stranger to either side of the pixel size discussion.

I found this D700 lounging in the used case over at Precision-Camera.com. I bought it along with two extra batteries. I always buy extra batteries. I've got a 50mm f1.8 on the front and I'll start reacquainting myself with it tomorrow after swim practice. Should be an interesting diversion...

I had forgotten how big, heavy and loud these cameras are. But I guess there are compromises everywhere.

Curious to find if you, gentle reader, have a similar eccentric favorite. Let me know.
Posted by Kirk, Photographer/Writer at 23:58 28 comments:

What is it about the huge pixel size cameras that makes me want them? Instead of the high resolution/tiny pixel cameras I've owned? 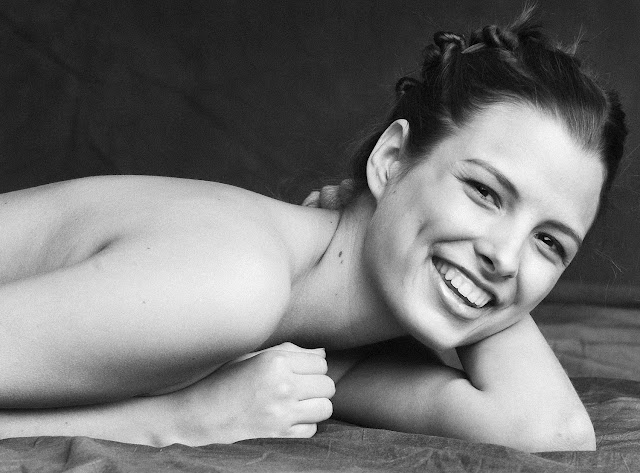 Shot with a Nikon D2Hs many years ago.

I've been digging through my archive of digital files lately and appreciating the search options available in programs like Adobe's Lightroom. Over the past few days I've been researching the work I did in the past with big pixel cameras. Cameras like the Nikon D700, the Kodak DCS 760, the Kodak DCS SRL/n and the Nikon D2Hs. All of these have pixel sizes that are at least twice as large as the high resolution cameras we are served up today. 8 microns across instead of 4 or 3.8 or 2.5. It's obvious that the higher res cameras can resolve a lot more detail and can be blown up to larger sizes in a way that's more convincing (for highly detailed subject matter) but are there image qualities that the bigger pixels give that smaller geometry pixels have taken away?

Once I started looking I started seeing that in portrait work in particular the smaller file, bigger sensor-ed cameras of yesteryear had a look that I really, really loved. It's hard to put into words exactly but it's a feel of there being a natural and defined edge between tones. Not a hard edge that comes from over-sharpening but a natural looking edge that more closely resembles the look of the acutance in film files. A look that may just appeal to people who cut their teeth on the older film technology.

At any rate I'm sourcing some of the cameras that I abruptly discarded in the mindless pursuit of endless consumerism to see if they still hold sway in the way I see them reflected in the work I'm looking at. With well over half a million images in my libraries there is a lot of material with which to do direct comparisons. I'm not saying one technology is clearly superior over the other but there may be visual differences that trigger different responses from viewers across the spectrum.

I'm jumping down another rabbit hole so I guess we'll see. Beats talking about cars again...
Posted by Kirk, Photographer/Writer at 11:16 17 comments:

A morning of info-purging and space management. Mostly the space in my brain. 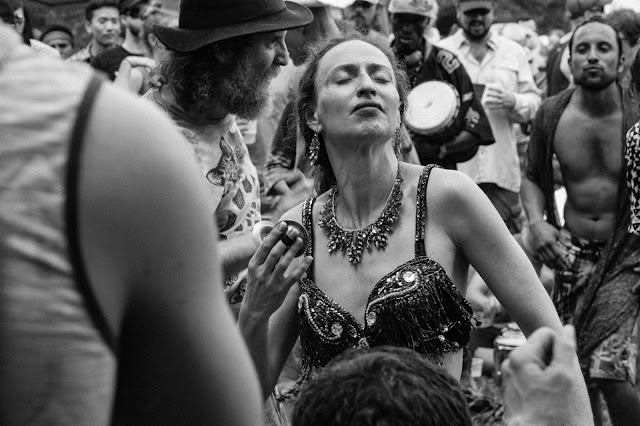 From Esther's Follies in Austin, Texas

Jobs these days seem more focused and people-oriented around my studio these days but it wasn't always so. In the early part of the century my business was that of a photographic generalist, I would make headshots one day, images of semiconductor image dies the next day and maybe circuit boards or finished high tech products the following day. There was more of a flow then to the work instead of the stop and start of the bigger but fewer projects we handle now.

Those were the days when all of our archiving was done on CD-roms. Tons and tons of CD-roms. The CDs eventually gave way to DVDs as the camera files grew larger and DVD technologies and reliability improved. In a given week, while working with CDs, I or my assistant might burn up to 30 or more disks in order to do a 3X redundant back-up of a project. More if we were returning from a multi-day annual report shoot carrying envelopes packed with CF memory cards.

It was time consuming but having come from film we understood that digital file storage at the time was much more fragile and transient and we had yet to really experience the ever accelerating rise and quick fall of stat-up businesses. Most of our clients were venerable "blue chips" and we had every expectation that they'd be around for the long haul and might expect us to be able to access photograph from a decade or so past.

At some point we woke up and realized that even clients like IBM and Motorola were not immune to the ravages of the markets. One of my biggest clients, Motorola, started bleeding resources like something had opened one of their arteries and in a short time span they spun off their body parts (different product sectors) like crazy. Our big piñata was the semiconductor sector and it was sold off as Freescale which was then taken private, then relaunched as a new public company and then bought by NXP who may or may not end up selling the very diminished and debt laden remainders to Qualcomm. Each successive owner downsized the company and cut expenses. We've gone from working for them once or twice a week to once or twice a year.

So, when I looked through my archives I found over 100 pounds of CDs and DVDs with old photos of microprocessor products long since obsoleted from the market, headshots against boring backgrounds of people long retired and even CDs of candid photos from holiday parties. The 100 pound archive/anchor is just images created before 2005. All of these went into the trash this morning and the process has just started but man oh man does it ever feel good to rid my brain of the task of keeping a running, sub-conscious inventory of all that stuff. The sense of closure for the previous decade is euphoric.

We did a similar "cleansing" last year with old 35mm negatives. Mostly headshots against early century backgrounds like our "Dell Blue" headshots and our "Motorola Gray" headshots. Images that were uninspired at their time of creation and even more so today.

So, we're down to two cameras we work with and a jumble of drives. I no longer look at this profession as one in which we save images beyond three years. I'm thinking more like a consultant whose work has value in the moment or a carpenter who builds a project and then walks away. Keeping "forever" archives is like a permanent babysitting job with no pay off.

We've amended our paperwork to limit the time we save and keep client files to three years. Don't like that? Don't work with me. Or learn how to save the files we send you.

Unless all your work is done at the highest level you'll surely generate a fair amount of crap along the way. Nothing says you are required to keep the stuff that's starting to smell.
Posted by Kirk, Photographer/Writer at 10:50 1 comment: