I thought I'd get a jump on all the other bloggers and vloggers and write the review for next year's Sony RX100VIII. Of course, it's a technology marvel.... 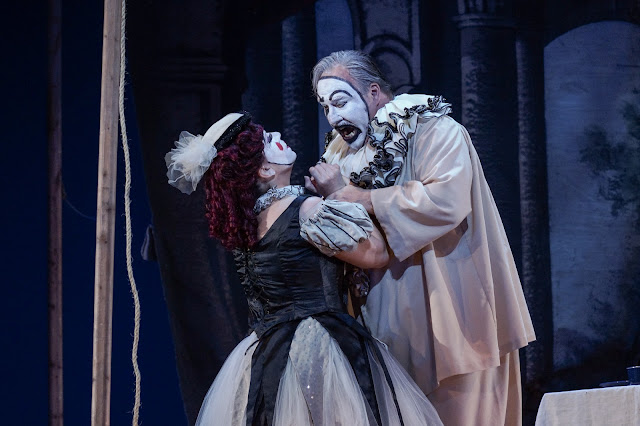 I'm going to break my advanced NDA with Sony and blast forward to quickly review the next model of their vaunted RX100 series, compact cameras. It's inevitable that all of this information will leak out over the course of the next few months anyway and I thought I'd beat everyone to the punch. Perhaps, a la DP Review, I will also do the relentless: First Blush Review, the Preview, the 'Hands On' Preview, the Review in Progress, Part One of a Two Part Review, Part Two of a Two Part Review, Our Gallery of Incredibly Banal Photos from our Multi-part Review, Chris and Jordan's Quasi Humorous but very earnest (in the style of Canadians) Video Review, The In-Depth Interview with one of Sony's Janitors, and, of course, Barney's Comparison with the Leica he proudly saved up for years to buy....  And then maybe I'll follow it all up with a comparison between all the RX100 cameras Sony has made over the last seven or eight years.

But first, the review, looking back from from late 2020.

We at VSL were pretty impressed when we learned of all the improvements that have been made to the Sony RX100VIII over the previous model. To start with we now have a camera that can shoot at the incredible frame rate of over 110 fps. Using a double-decker, back AND front side illuminated, one inch sensor allows the camera to shoot at ISOs that will give the operators nose bleed while maintaining colors that are richer than Bill Gates and more saturated than (the fat in cheap bacon?) any previous camera.

We stole a document off a DP Review server about the future RX100VIII camera and find that Rishi, the nuclear-quantum-string theory-chemist-engineer-triple doctorate in physics expert who vets that site's technical word salad, has indicated that the camera will have " lots of quantum." And lots and lots of "Nyquist" and he would not be surprised to find that it also features "extinction" and "delta" but almost certainly does have a "retrogressive interference something" which means, in as simple words as possible = "Sony is always best".  Or it could also be summarized as "a diffraction-enabled tool paradigm love."

The lens on the camera has five sections of extension and extends from the "equivalence explains everything" angle of view that mimics, in vain, a 23.5mm focal length lens on full frame; albeit with an f64 aperture when used in an equivalently optimum fashion. At the long end the Zeiss/Leica/Lomo hybrid lens goes all the way out the omniquivalent dangle of view of a 205mm lens, all the while besting its predecessor by opening up to f2.78 at the wide angle setting and f4.4 at the long end. These are equal to f27 and f45 on a real, non-loser, full frame camera.

Sony boasts that image stabilization will reward users with the ability to handhold even the longest focal lengths at something greater than three and one half minutes.....or long enough for a quick interview with the 5.25K video the camera has packed into it's tiny body. A camera body small enough to fit into the pockets of a 300 pound man trying to wear size 28 (waist in inches) blue jeans.

As with the previous model there will be a pop-up EVF that matches up with the user's right eye but now features "Sony Optical Velcro" to form a tighter connection between the finder and the human eye.

The camera also features some new filters including: the "I'm so trashed" filter (just perfect for frat parties), the "I hate that girl and want her to look 20 pounds bigger shaming filter", the "I'm trying to save my relationship by making my girlfriend look better" filter, as well as a simulated "drone" filter which works by tricking the weak-minded into thinking that they are actually looking at photographs that were taken twenty feet up in the air (all done with an incestuous blend of machine learning and A.I.).

There are thirty new function buttons, all of which can be re-configured and all of which also change their settings at random. None of which are marked.

The camera features "shoot and post while you drive" Wi-Fi while low powered bluetooth is also present just for because it looks so good on the spec sheet and men seem to love the word, "bluetooth" nearly as much as the word, "titanium" or the phrase, "carbon fiber." Which it has. All of it. In spades.

The camera continues to look the same, operate the same, and provide the same kinds of photographs and video that the previous model provided, but goes a long way to cure the wretched "excess money" syndrome and replace it with "the technology in my camera will save me!" syndrome.

There will be nothing external to distinguish this camera from the six that came before it. You'll only really be able to tell the difference by looking at the upgraded price tag. But... Steve Huff will love it. Jared Polin will review it and then wonder why Nikon doesn't make one to best it. Hugh Brownstone will be amazed. Then confused by it. And finally will order everyone within earshot to: "Hold that thought." Matt Granger will double-switch systems. And Jason Lanier won't have time to test it because.....

Zach Arias will tape white gaffer's tape over the Sony logo and then use a Sharpie to hand draw the Fuji logo on the front. Thom Hogan will pillory it for not having the communications protocols to effortlessly communicate with his Braniac 2000 main frame computer. James Popsys will lust after one but get shut down in his attempt to buy one by Emily. Finally, Ken Rockwell will love it and pronounce its Jpegs to be the sharpest on the planet. Lloyd Chambers will refuse to acknowledge its existence while Ming Thein will start providing RX100VIII specific Curation Workshops.

Yes. Of course. I have one on pre-order at Amazon.
Posted by Kirk, Photographer/Writer at 15:27 27 comments: