OT: What better family bonding experience than a five mile walk around the lake in 102 degree, late afternoon? 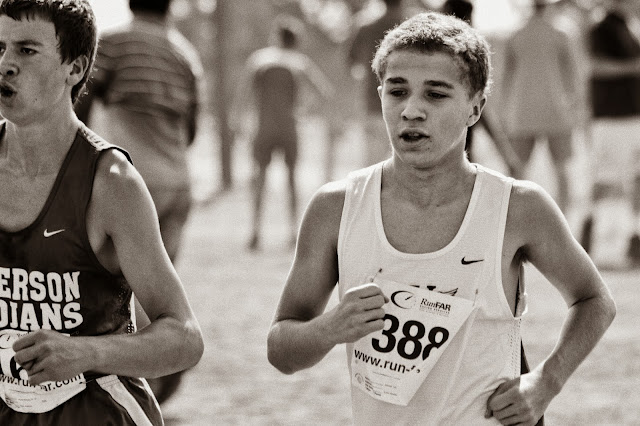 The kid is in a housing transition and will be moving into his own place in a week or so. In the interim he's staying with us. I'm having a blast. Neither of us is working on a regular schedule right now (we're on self-induced Summer breaks) so we're hitting all the priority stuff: hanging out with Studio Dog (and making sure she's not eating cicadas), having lunches, and running errands. Last week Ben helped me out with a three camera video shoot and tomorrow he promised to take a look at my editing attempts (which I hope he radically improves upon) but today we decided to get some exercise and walk around Lady Bird Lake (which used to be "Town Lake").

When we left the house it was a balmy 101 but during the walk we got the benefit of some addition heat and humidity which pushed the measured temperature up over 102 and the "feels like" temperature to about 107. We didn't care, we've both run the lake trail on way hotter days, and besides, we were walking instead of running.

We got to talk about finance, the state of the markets, the ups and downs of working in a P.R. firm that specializes in high tech start ups, the state of the photography industry, the state of my progress in settling my mom and dad's estates, and how the whole modality of work is profoundly changing.

On the way home we cooled down with some iced coffee from our neighborhood Starbucks. It's been like an incredible vacation for me to be able to spend so much time with my kid.

I had two pieces of advice for him today: Don't ever stop running, walking and being active because you want to be able to do it when you turn 63!!! He's got about 40 years to ponder that.

And the second piece of advice I gave him was career advice. I told him, whatever you do don't become a freelance photographer!!! Just don't.

He's pretty level headed and far less impulsive than me. I think he'll be fine.

The photo above is from a high school cross country race. I remember that day and the idea of running three sub-six minute miles in a row in 96 degree heat was shocking to me. But it never seems to phase him....


Posted by Kirk, Photographer/Writer at 18:59 4 comments:

A different method of theater photography was in play last night. 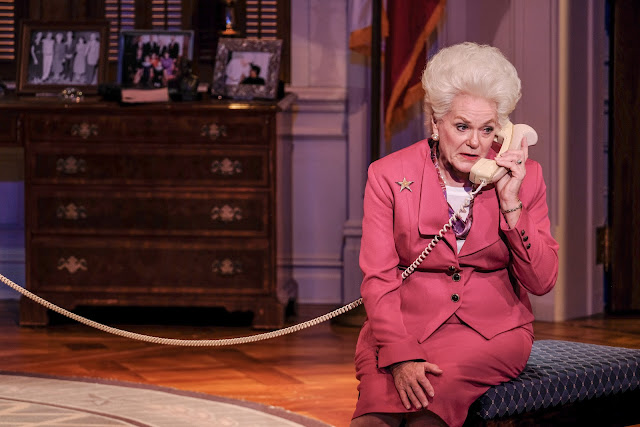 Like most theater photographers I have two different approaches to shooting live theater on the stage. During the final technical rehearsal, when (usually) 99% of the stage, costumes and props are set and finished, and there's no audience to consider, I like to use shorter lenses and get as close to the stage as I want. I shoot a lot with a 16-55mm f2.8 but I also get tight shots from angles all over the theater with something like the Fuji 50-150mm f2.8. It's a great way to work, and a side benefit is that you are always in motion as you look for the best angles and compositions, and then put yourself in the right spot to catch them.  Exercise while working!!!

The flip side of the technical rehearsal (at least in our theater) is the invited dress rehearsal. Having a "friends and family" audience helps the actor(s) with their timing, their delivery, etc. and the audience responses to lines and gestures gives the actor valuable and immediate feedback. But...having an audience in most of the seats means that I give up the mobility I have in the technical rehearsals. We have to minimize distractions for them and the actor. There's a silver lining everywhere though and in the case of rehearsals I trade mobility for a totally finished stage look in the invited dress rehearsal. Everything is more polished and the lighting cues are generally rock solid, but because we have nearly a full house I am constrained to stay pretty stationary.

Out of experience, and trial-and-error, I've chosen to be at the center of the house on the row that divides the orchestra seats from the upper seats. It's a "pass through" row so there's a lot of distance between the seats in that row and the row just in front of us. I block off about 12 seats so I can have some (limited) range of movement (left and right) to get better angles, but for the most part I'm dead center and seated.

I share this row with the house videographer who documents the dress rehearsal with a two cameras set up and an audio feed from the mixing board. His cameras are on tripods so he is locked into position.

On anything but a one person show I use the 50-140mm f2.8 (75-210 ff equiv.) as my main lens because it allows me to go from a two or three person grouping to a larger ensemble group within the same optic, from my mid-house vantage point. I supplement that with the 16-55mm (24-82.5mm) so I can catch an establishing shot of the entire stage for each scene as well as wider shots of bigger groups of actors. It's a nice combo but for one person performances the 50-140mm is sometimes not enough reach from my spot to upstage.

Yesterday I decided that I'd use the Fuji 100-400mm f4.5-5.6 lens as my primary shooting lens for "Ann" which is a one person show.  From the middle of the house I could reliably frame a "head-and-shoulders" shot and I could pull back to make a full body shot. If the actor got close to the front of the stage I could still get a head-to-toe shot at the widest setting by switching from horizontal to vertical.

I had a blast using the lens for the play last night. The reach was amazing and the lens felt different to me. I did have the wider zoom along as an alternative and, since I am a former Boy Scout, I also packed the comforting 50-140mm f2.8, just in case.

It took me a while to get comfortable with the different framing options but by intermission I think I had it down pretty well. With a long lens like the 100-400mm it's pretty important to use the continuous mode for the image stabilization so the viewfinder image doesn't hop around. I started out using the camera and lens on my older Leica monopod but in short order I realized that the combination of the XH-1+100-400mm image stabilization and shutter speeds starting at 1/125th and going up was more than enough to get consistently sharp images.

While people can look at various test charts, and argue about how many sharpness angels can dance on the point of a needle, I was able to shoot with the lens at its widest apertures across all the focal lengths and still get well defined eyelashes in most of the photographs. The ones that didn't achieve that level of sharpness are down to my rusty focusing technique more than any shortcoming of the lens.

And speaking of focusing technique....the light levels on the stage for this show were much more photographer friendly than in some of the recent shows I've been documenting. We're talking a couple of EV brighter, as well as more even (less contrasty) lighting. Because of this I was able to use face detect AF, sometimes at 400mm (600mm ff equiv.), with a moving actor, handheld, and out of 1200 shots the majority, maybe 90%, are focused right where I intended them to be. I count this as pretty amazing. It's a far better performance, vis-a-vis accurate focusing on actor's eyes, than I was ever able to consistently get with traditional DSLRs from Canon, Nikon or Sony. Reason enough for a theater photographer to switch to a mirrorless system!!!

I count the use of the 100-400mm last night as a total win. I'll use it for all the one person performances we produce in the future. Do I have a wish list for new lens features for the studio? Oh, just the same nonsense everyone else would share: I wish the lens would go wider. Something like a 50mm to 400mm  full frame equivalent. I wish it was f2.0 all the way through (but then I'd probably need a geared tripod head on a sturdy base just to use it....), and, finally, I wish Fuji would support my efforts to document theatrical art by sending me free copies of any long lenses they think might be useful in this bold and noble undertaking (self-snark implied; noted here for the lame of humor...).

Now uploading 720 nice shots for the marketing team. Then I can get on to the important stuff in the day; like where to swim this afternoon. Thinking it's probably going to be Deep Eddy Pool....

Posted by Kirk, Photographer/Writer at 10:43 7 comments: