The "first look" preview, hands-on preliminary review, raw files shot and processed analysis of the ancient Pentax K1. And a couple of lenses. 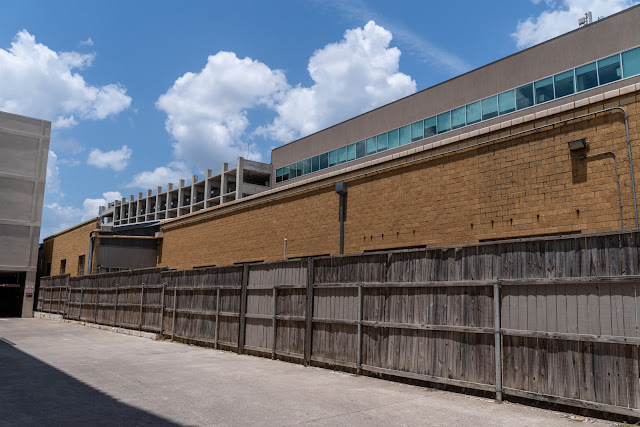 Okay. So the Pentax K-1 is a big fat, DSLR that sports the same basic 36 megapixel image sensor found in the Nikon D810 (which I used for nearly a year) and has lots of interesting features and user interfaces. I read the DP Review when the camera first came out but at the time it fell right off my radar as we were knee deep in either Sony or Nikon high resolution cameras (A7Rii and D810). The one Pentax camera I owned previously was an impulse purchase, a used K-01 concept camera; in bright yellow. I liked the files from that camera but ultimately sold it because I didn't like using cameras with no viewfinders.

I picked up the camera last week because it looked so cool sitting next to a growing display/pile of old Nikon cameras. I liked that the Pentax logo was big and bold and splashed across the front of the camera. So I bought it without having any lenses and without any real plan. But I will say that the price I ended up negotiating was hundreds of dollars under the prices I currently see on E-Bay and in Amazon's used gear. So, I brought the K-1 home with my usual plan of making this a personal "art" camera and not letting it grow and metastasize and take over my studio/office with yet another system binge and purge. But, of course, I would need a lens....

Which led me down multiple rabbit holes. Pentax was one of the last camera makers to stick a toe into producing full frame cameras and as a consequence there are many APS-C coverage lenses for the system but few, new, designed for digital, full frame lenses. Then there is a whole raft of zany lenses called "limiteds" which also feature zany focal lengths. Then there are transitional lenses which would have been designed for full frame film cameras and then carried over, unchanged,  into the digital age. It was a bit bewildering but once I put everything into a spreadsheet and started the analysis process I made a few blundering purchases.

I'd read many, many good things about their new (2016) 28-105mm f3.5-5.6 lens and since it had so many clusters of letters I figured it must be good. It's HD + WR+DFA (digital full frame)+ ED+DC. The consensus out on the web is that this is a very, very sharp lens and my early use of it seems to bear that out. The lens does not feature image stabilization but that was a selling point of the camera (it has I.S.) so we're all good there.

Everything you see here was shot with the zoom lens with the aperture mostly pegged at f5.6. I'm sure the camera is providing some internal software fixes but my take is that the lens is sharp and flare free. I'm thinking it may be one of those under-spec'd but over-engineered lenses that trades f-stop speed for sharpness and a general reduction of aberrations.  I was happy with everything I shot with this zoom. It's also small and light, and kinda pretty.

In fact, I felt confident enough to bring the camera and the 28-105mm along with me to the technical rehearsal of the "Ann" play at Zach Theatre and to use it for about 100 of the photos (out of 650). Even though I had to increase the ISO to get in the same exposure ballpark as the faster Fuji lenses I didn't seem much of a performance hit or too much increased noise in the files.

But, try as I might I never seem to be happy with an interchangeable lens camera until I've got a 50mm I can bolt on the front so back I went and searched until I found a 50mm f1.4 (not the $1,000 version!!!) for around $135. It's one of the old fashion screwdriver drive models but the camera handles it fine and it's not too noisy. I worked with it a bit today, just to test it, and I thought it was nice. Nice like a Nikon 50mm f1.4D or a Canon EF 50mm f`1.4. Mostly plastic on the outside but capable of making nice and detailed photographs once you've stopped it down past f2.0. By f4.0  or maybe f5.6 I'm sure it's nearly as sharp and contrasty as a Ming Thein approved Zeiss Otus.

Having been burned lately by USPS delivery, and seeing that my 50mm f1.4 AF Pentax lens was to be delivered via the same service, I also ordered one more 50mm 1.4 lens but this one is a manual focus SMC lens and it's coming via Amazon's own delivery service, sometime tomorrow. It was cheap and I bought it as insurance because I'm thinking of getting out of town this weekend and going down to San Antonio for a bit of street shooting. I thought a faster lens might come in handy when shooting in restaurants, museums and other interior spaces. And I had no confidence in the Postal Service. But they upped their game and delivered on time and, more importantly, to the correct address ---- this time.

I haven't had time to shoot a lot with the new K-1 camera and my growing coterie of lenses but I do have some favorite features and one or two gripes.

1. I got a professional, full frame, high resolution camera with a fairly modern Sony sensor inside for a song.

2. If I turn off the LCD I get tons of life out of one battery (but, of course, I did buy one aftermarket battery as a back up).

3. The camera has lights all over the place that you can turn on by pushing one button and they light up the exterior the camera body enough to do things like see how to orient and attach lenses in an otherwise dark environment, or which buttons on the rear of the camera do what. There's even an LED in the memory card compartment to show you the slot for easier insertion. Very cool.

4. I tried out the multi-shot feature which shoots four frames and combines them in camera. It works! Big files and nice detail when using the modern, 28-105mm lens. Not so much difference with the older 50mms.

5. Contrary to earlier reviews it focuses just fine. Using live view you can even get rudimentary face detect AF.

6. Did I mention the huge logo across the front of the pentaprism finder? Based on my years of experience there won't be anybody else at your next professional shoot sporting a bunch of Pentax gear. It seems like a lonely, lonely system. Just be sure to have your Pentax Manifesto ready to go in case someone challenges your choices....

7. It's a delicious antidote to the overweaning crowd of technophiles chasing the latest and greatest stuff. They may not even be aware that Pentax cameras exist, much less that there is a semi-modern, full frame model. You may take the awards for eccentricity on parade. What???? No 4K Video???

8. Believe it or not but the battery is sooooo interchangeable. It's the same one as used by the Panasonic GH5!!! WooHoo! Pure battery re-use.

2. You can't just stumble over to Amazon.com and pick up a new 85mm f1.8 because....most lenses don't exist in the Pentax universe (well, except the ones from yesteryear. But we're mostly over manually focusing and stopping down...).

3. Sony and Nikon users will tease you for owning a dead system. Canon users are too scared these days to have opinions.

5. I'm further downrating it to a 78% Copper rating because it's too customizable.

I'm keeping it around for all those (once a year) times when an art director thinks they might need a full frame camera file. And sure, I'll eventually buy a fast 85, 90, or 105 so I can show off that artsy, shallow depth of field.

Now, here are some photographs.... 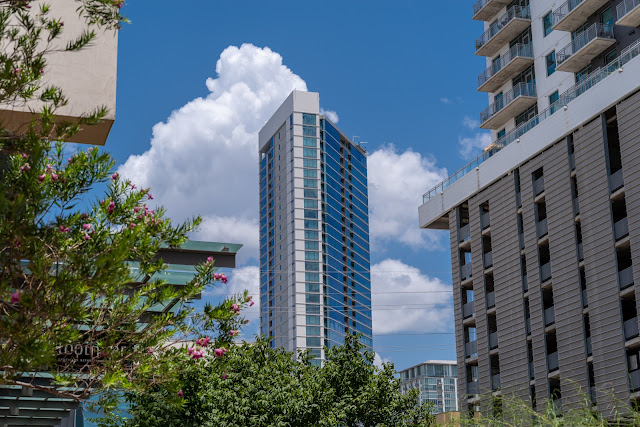 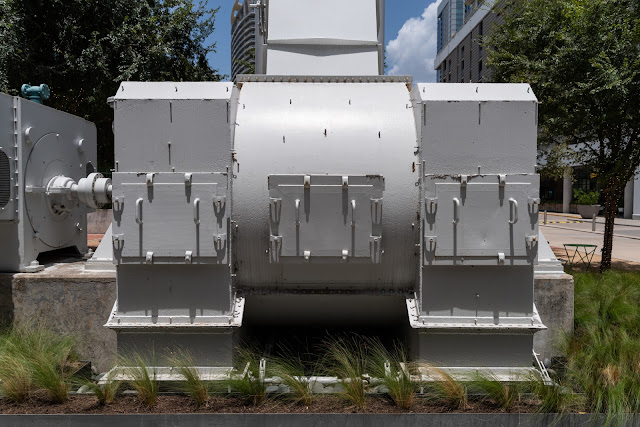 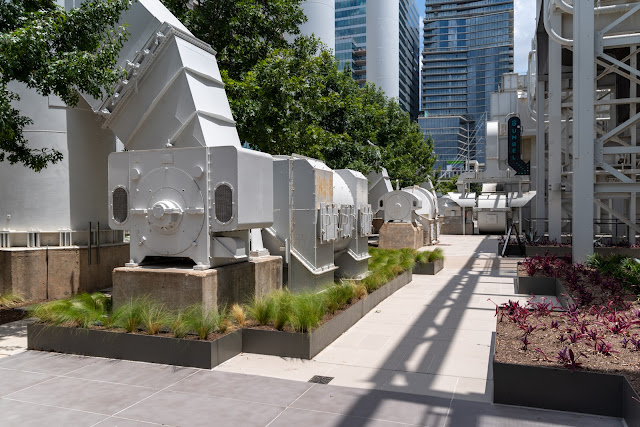 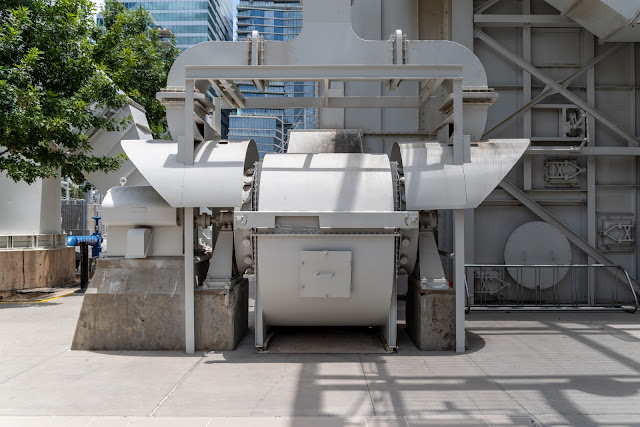 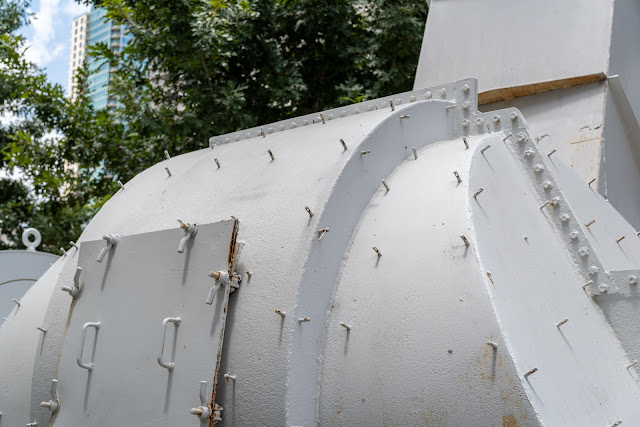 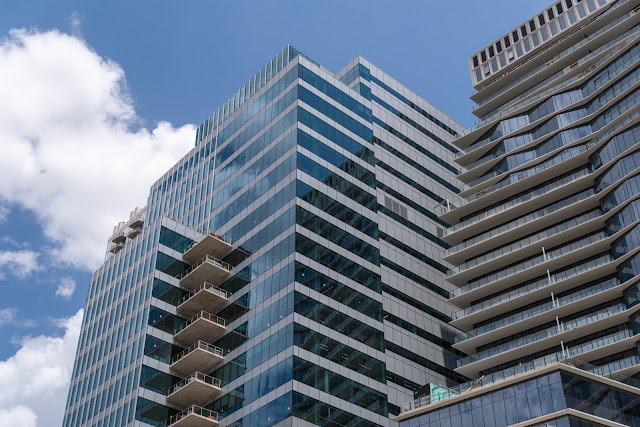 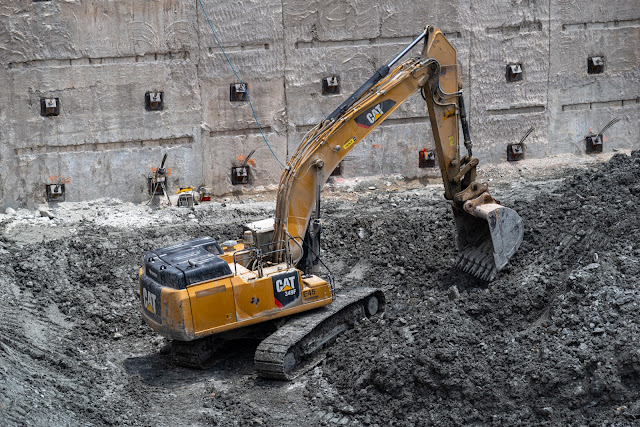 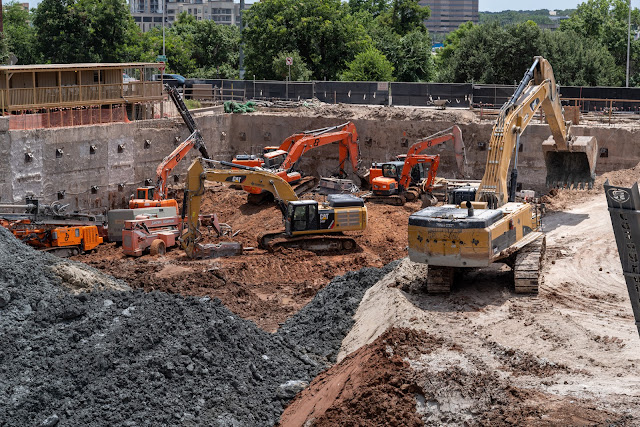 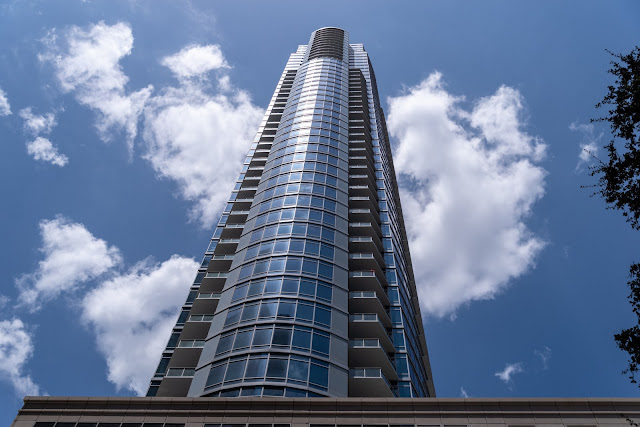 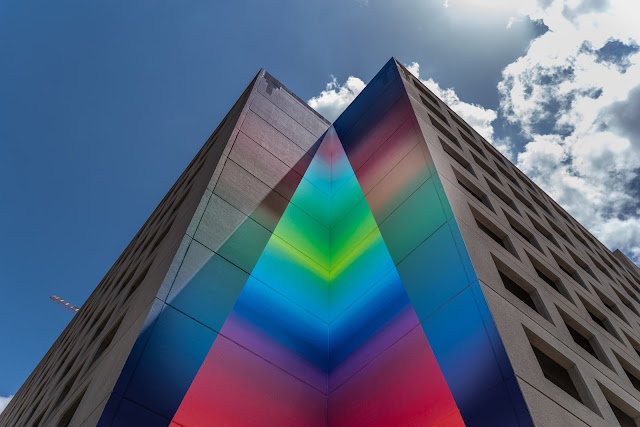 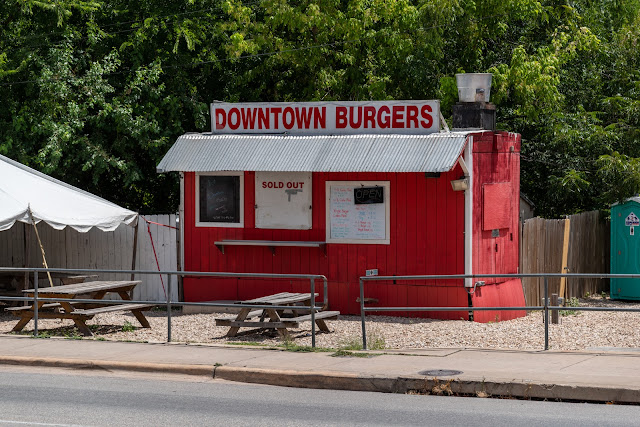 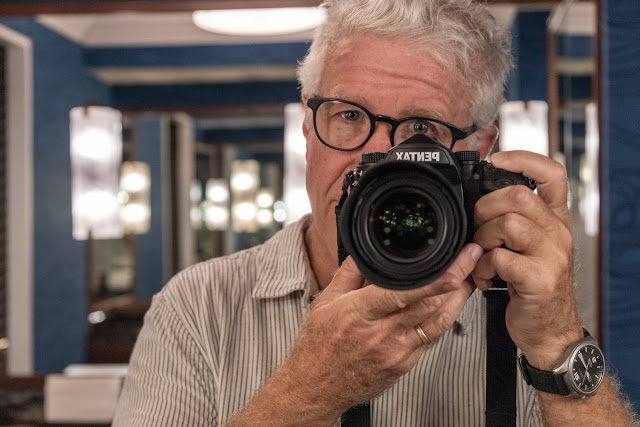 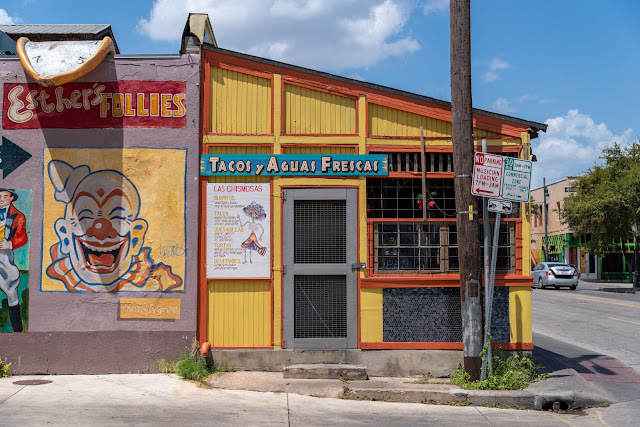 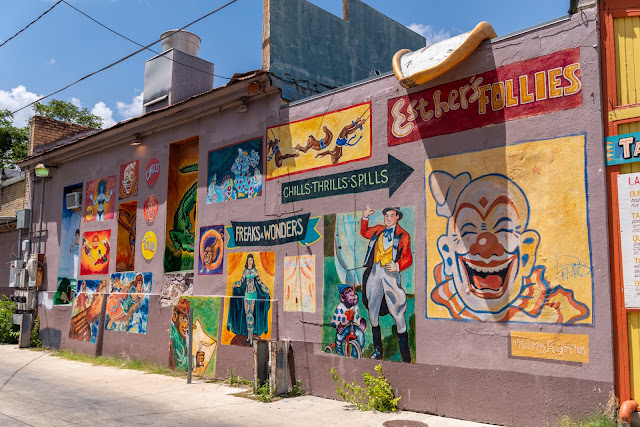 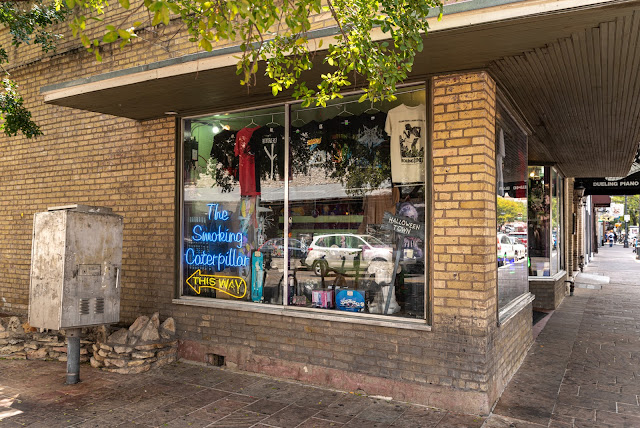 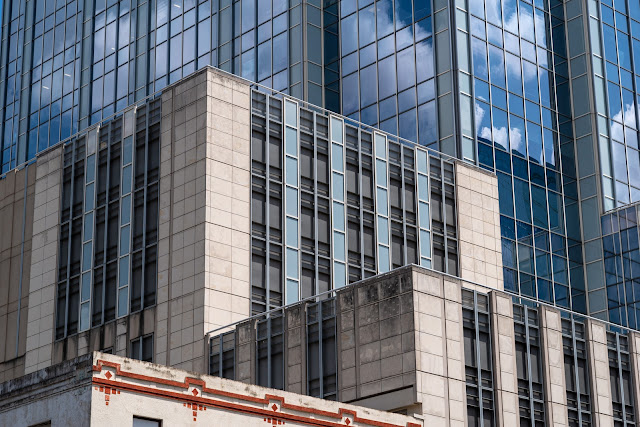 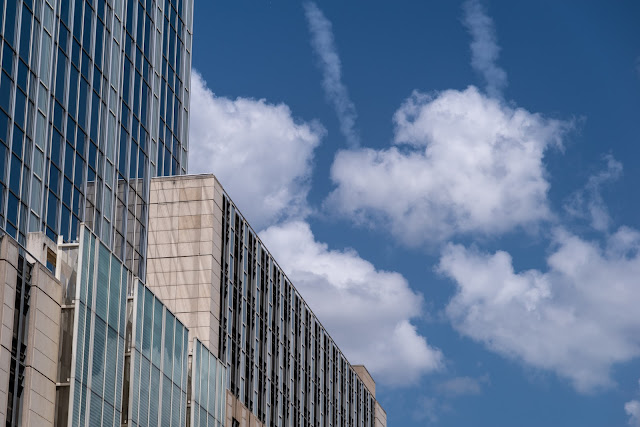 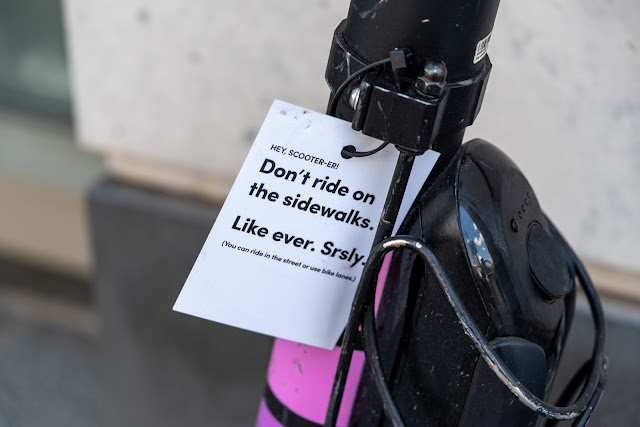 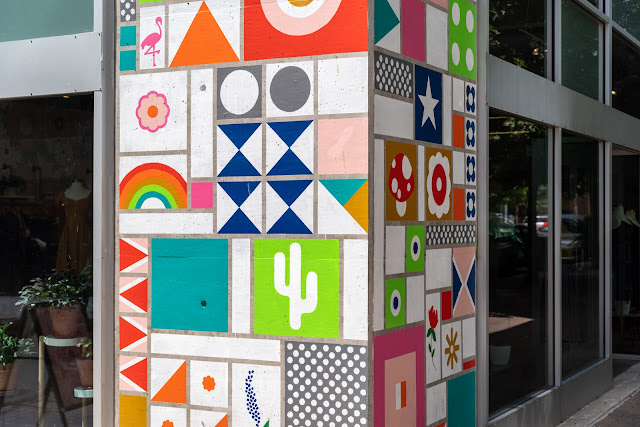 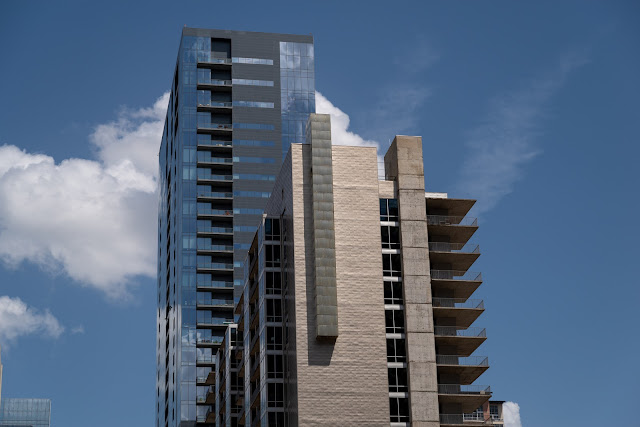 Posted by Kirk, Photographer/Writer at 19:48 16 comments: