I'm not a person who bets money on stuff but if I did I'd say it's a sure bet that the new, three lens iPhone 11 is the nail in the coffin for much of the traditional camera world. 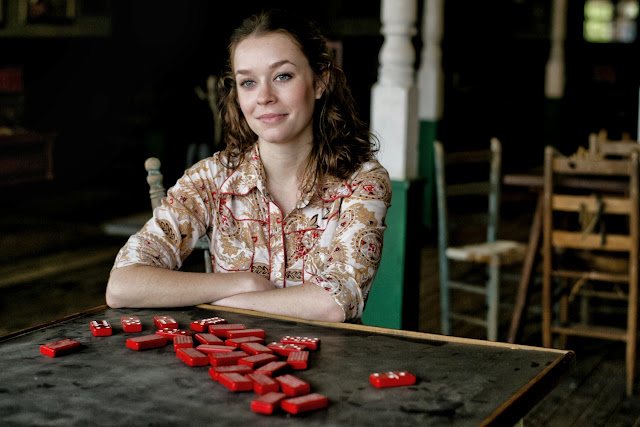 I bought an iPhone XR a few months ago and I'm pretty impressed with the images I can get out of the camera. It's not a "real camera" replacement for me for a zillion reasons (the lens isn't long enough) but it does a good job for all the times when I just need some quick, wide angle documentation of "stuff."

But when I saw the introduction of the new phones from Apple that include a portrait lens, a slightly wide lens, and a full-on super wide angle lens, along with even faster processing, and computational tools that enable users to easily blur backgrounds, and also shoot very good 4K video, I more or less found myself thinking that the writing is on the wall for the mass abandonment of traditional cameras by a whole new tranche of former camera users.

The Xs and X iPhones that are the current flagships in the phone line (until next week) have great cameras in them already but the "11" models seem to me as though Apple stopped thinking in terms of designing a set of phones with cameras and started thinking in terms of designing brilliant, little cameras that can also text, make a call, or assist me in making a mobile deposit of that check I got last week from a client. The mindset changed; now they are designing communications tools with a hard and sharp emphasis on photography and videography and they will pull in a large number of former stand alone camera buyers for whom photography is no longer the center of their universe. But I don't even mean that these people have downrated their enjoyment of or participation in photography but that they no longer want to buy cameras, test lenses, learn antiquated rules and aesthetic "guard rails".  (cough, cough, looking at you Rule of Thirds). They just want to easily take photos and videos and share them with friends, family, and far flung strangers who might just hit the "like" button on Instagram or Flickr. They want a transparent experience and one that's more or less instantaneous, from capture to share.

Before you run screaming from the room I have a few pieces of anecdotal evidence I'd like to share...
One of my close associates is a videographer with many years of hard won experience. He is sooooo not a millennial. Anyway, he works with large clients like Subway, USAA, NXP, Purina and many others. His video work is superb and usually he does his work with a Sony FS7, or a couple of Sony A7R2 cameras, and a box full of great lenses. He wrapped a daylong shoot a few weeks ago and packed all the cases into his car only to remember that he needed some beauty footage of the headquarters building for his client. He was exhausted and didn't feel like pulling out the cases of gear, assembling cameras and lenses and putting them all on a big video tripod. His choices were to either use his iPhone Xs to do the video or come back on another day when he had the energy to set up the whole assemblage.

He opted to use his phone for the footage. His phone was ably assisted by a $15 app called, FilmicPro. It gave him a better codec than the one built in by Apple, as well as total control over all the usual, professional video settings. The built-in image stabilization worked perfectly and he ended up with some very beautiful video of the building and the surrounding campus. He incorporated it into the final video project and it was, for all intents and purposes, a seamless inclusion. Proof once again that the camera is secondary to the eye and the experience of the user.

I have another friend who is a full time photographer. He pooh-poohed my standing rule about always bringing along a back-up camera on a paying assignment and found himself stuck near the end of a location shoot on which he was responsible for making portraits of a number of execs. His newish Sony camera crapped out/died with two exec portraits still to go and he momentarily panicked, then he pulled out his phone, dialed in a good exposure for his LED lights and completed the shoot with his iPhone.

He needed to do a bit of Photoshopping to match the out of focus backgrounds he was able to get with his full frame camera but when he showed me the final, retouched images and asked me to compare it was a very close call. I'm certain his clients had nothing to complain about. Sure beats him flying back to Vancouver on his own dime to pick up the two people who were scheduled at the end of the job....

I'm not saying that I'm ready to give up my "single purpose" cameras yet. There's a ton of work that I and others among us do that can't be handled right now by iPhone cameras. Stuff that requires long lenses, low noise under low light, fast focusing, total control, etc. But there is a lot of personal stuff that's easily handled by those little Swiss Army Knife communication tools.

But it's the video field in which the newest iPhones currently hold the most promise. With an application like FilmicPro you can have nearly absolute control over the "camera" in your hands. There is even a Log setting for increased dynamic range (although the computational exposure control seems to provide an optimum level of D-range already). It's no exaggeration that I could easily shoot interviews, stage documentation and art video with any of the latest cameras and the only stuff I'd have to compensate for is how to work with audio. There are tools that allow you to bring the signals from professional microphones directly into the phone/camera but the interface (screen area) gets too crowded to work with fine-tuning levels, and also there are limitations to monitoring the audio as well.

But filmmakers have worked for decades with dual sound systems, using external audio recorders for many of the same reasons. Even with fully outfitted dedicated video cameras. A small, separate audio recorder provides a lot of flexibility....

The latest thing to pique my interest is the flood into the market of very able and very inexpensive gimbals made for the phones. You can now do "Steadi-Cam" work that rivals the stuff we're were raised with in movies and all it costs is an additional couple hundred dollars and a few weeks of practice.

If I was to recommend a new camera to someone who wants to record their daily life, record family vacations, take portraits of their kids and generally do all the photography most people use conventional cameras for I would probably steer them towards a great phone. The only caveat would be if they required the reach and focusing acumen required for shooting fast moving sports. If they have a kid playing soccer then all bets are off but if the mainstay of their oeuvre is taking snaps of their lunch, and selfies with the city skyline in the background....then what the hell?

My kneejerk reaction to "iPhone-ography" when it first popped up (2009-2010-ish) was to be dismissive. The cameras in the phones weren't at parity yet. But now? Now my only objections to embracing the phone as a fully functional imaging tool for many uses is my (dumb) nostalgia for the form factor of traditional cameras and my habituation with them. Strip all that away and just judge the images on an objective basis and you'll find conventional cameras quickly becoming more and more niche.

If I were zooming around the world taking travel videos I'd be at the Apple store right now, standing in line waiting to get two of the newest phones. (You still always need a back up......).

Will traditional cameras survive? Sure, until all of us old guys die out and photography moves past our collective memory of those super star photographers from the last century who carried a worn Leica over one shoulder on a leather strap well seasoned with ample gravitas. Or our memories of the great studio shooters of our time looking casually over the tops of their motor driven Hasselblads.

We shoot what we shoot (in terms of cameras) because we know and trust what we're most used to. But I'm already thinking of tossing my new iPhone XR to Ben and having a (manufactured) reason to get an iPhone 11. And, yes, I'll use it in 4K for my next video project, securely clamped onto a $200 gimbal and giving me new capabilities that I only dreamed of a few years ago.

Yes, just as I stated a few years back that we could use a Sony RX10ii or iii for 95% of our commercial projects, I'm just about to that mindset with the latest phone tech. And too many people have already proven the concept for anyone to argue otherwise....
Posted by Kirk, Photographer/Writer at 20:56 29 comments: