Just a note to say that I miss walking through the streets and being able to photograph interesting people without face masks... 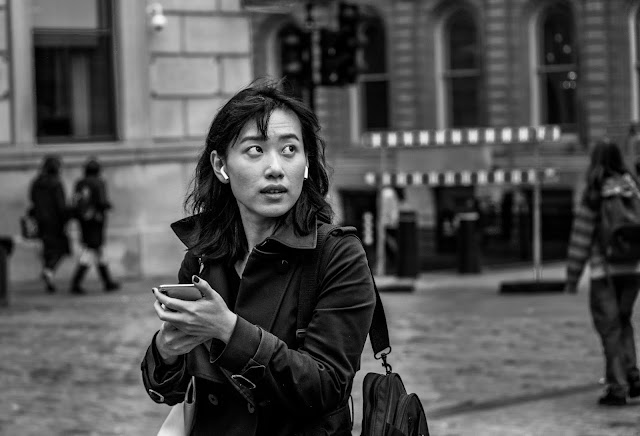 I wear one. I busted a photographer last week who was about to head into a camera store without his mask. I think we all deserve to be safe. I think we all have a responsibility to keep other people safe.
I'm wearing one until the health authorities sound the "all clear."

But that doesn't mean I don't miss seeing beautiful, naked faces out in public places. And my cameras feel the same way...
Posted by Kirk, Photographer/Writer at 14:00 5 comments: 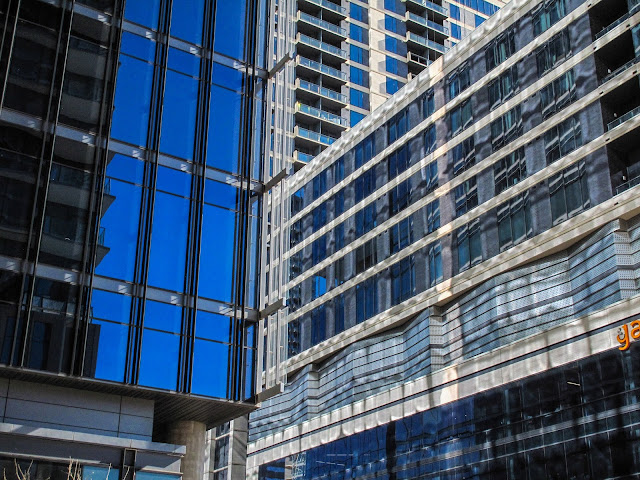 Photographers can be wacky. Many believe that they're destined to do only one sort of photography and think they need to find "the" perfect camera and then use it until it's all used up or until something new and plainly superior hits the market. I'm afraid that's not the way my brain got wired. In my wacky and non-linear career I've shot jobs for clients with 8x10 inch view cameras, 4x5 inch view cameras, scads of medium format cameras and more than a handful of 35mm cameras. I've owned (and used) more digital cameras than most people have owned different shirts.

I'd love to buy into the mindset of the "perfect" camera because it would probably save me no small bucket of money and time. But I more or less discard out of hand the mentality of "finding a groove and staying in it." I like to mix things up. When we swim in our masters workouts we don't pick just one stroke and one distance and then put our heads down and slog through the hour, we do practice as a series of sets. One set might be eight x fifty yard swims of butterfly stroke. The next set might be two hundred yards of kicking with a kick board. The next set might be eight X two hundred yards of freestyle on a specific time interval. Followed by some number of hundred yard swims of all four strokes. Butterfly, backstroke, breaststroke and freestyle. We might choose to do drills in which we don't even do a recognized stroke. The mix keeps it fun. The constant movement shreds the time. Every muscle gets a workout.

I can't think I could ever be one of those guys who goes out into the wilderness year after year and lugs along a big, view camera and a monolithic tripod. Ducking under the dark cloth to focus my upside down image. Watching water slow down to mush. Sliding in film holders as the sun beats down or the snow swirls around. It's hard to catch an awkward flirty glance from a beautiful woman in a dusky coffee shop with that kind of rig. With that kind of rigor. With that amount to gear tunnel vision. More like rigor mortis.

We probably still need a big cameras with big sensors to shoot big projects; the ones that require massive files and lots of detail. But maybe that's not rational anymore either. Maybe most of the stuff we photograph that doesn't move could be handled with a $600 m4:3 camera --- if it comes with a high res mode/ or if we remember how to stack stuff in PhotoShop.

I have a range of cameras and I have an iPhone. They handle different subject matter. That iPhone is darned handy when I'm standing on the deck of a pool at 5:55 in the morning and I'm just looking to prove "I was there." That Lumix S1R with the pricey glass? It's really great for those times when I want to make a big architectural print or play at being a detail oriented landscape shooter.

All the cameras in between? They're like the four strokes in swimming, with a few drill tools tossed in to keep it all fresh.

These photos were taken with that ancient Canon point and shoot camera, the G10. I took it along on a walk with me because it was the solution that presented itself (and looked like the best compromise) when I decided to do a seven mile walk around the lake. It's lightweight and highly portable but it's also robust and unflinching. Some people think it doesn't offer enough dynamic range but I think people who worry about dynamic range have just lost the thread when it comes to exposing  their shots correctly.

On another day there might be another choice. Sometimes we bring out the Lumix GX8 for no other reason beyond my belief that it looks so cool. It's also a good tool and sometimes the camera gets chosen for its ability to work well with certain lenses.

I'm tired of the idea that we have to defend our camera choices. I think that unless you have a specific use case in mind you might find pleasure in starting to treat cameras more like wardrobe and less like cars. We generally have only one or two very utilitarian cars but we have plenty of shirts and pants. And shoes. Grab the shorts and sandals that are most comfortable for that day in the sun you have planned and, while you are at it, grab a comfortable camera that makes your day more pleasant because of its compromises, not in spite of them.

There seems to be a disconnecting that happens to photographers. They feel as though they must have a photographic purpose in everything that they do. They leave the house and head to a soccer field to catch a game so they feel they must have just the right camera with a long lens and must spend the time shooting (not watching) the soccer game. The serious street photographer must have a purpose so when they leave their apartments they have their Leica M cameras or their Fuji X-Pro cameras attached to their wrists with an exquisite wrist strap and they embark on the search for the perfect Vivian Maier Moment. Do they have an internal quota of images they feel they must fill?

I can't always be so.....linear. So organized. So regimented. When I leave the house sometimes it's to have coffee with a friend. Sometimes just coffee alone. While I'm out I might walk around the lake for more exercise. I might hang out on the streets in downtown just to soak up the vibe. But everything in life isn't tethered with a steel cable to photography.

It's almost better to forget that you dragged a camera along and be in the moment right up until some Photo Satori smacks you in the head and demands that you change gears from some leisure activity to switch in the moment to decisive moment guy and get that one great image, after which you can put the camera back down, pick up that cup of tasty espresso and get back to that riveting conversation you were having with that beautiful woman at the next table.

So, today is going to be really hot. I'm still going for a truncated walk in the downtown space. I want to see if the protest graffiti is still up. I want to see if Intelligensia really does make a good cup of cappuccino. I want to watch the clouds play around above me. But I don't want to carry around a giant Tenba bag or gruesome Tamrac bag filled with heavy cameras and every lens I own because that would put such an excruciating burden on something of leisure that should be much easier and more natural. A simple walk with an indifferent camera. One that doesn't impel me to keep chugging away at it and trying to help justify why it came along on a walk the core mission of which was not the life and death struggle of getting yet another image.

Someone asked in the comments yesterday 'whatever happened to that poor, neglected GX85 camera?' Don't worry. It's in rotation. It'll resurface at some point. Right after I get through playing around with the G15 tomorrow. But maybe before I pull out the Sigma fp and use it for photographs again...

We're in the middle of a pandemic. I can't work for clients yet (in good conscience) and I'm not comfortable asking strangers to stop, take off their masks and trust me to make important art with their faces. So why all the angst about which camera is best? If we're just walking around looking, and sitting on a bench drinking take out coffee, then what the fuck does it matter? No, really. 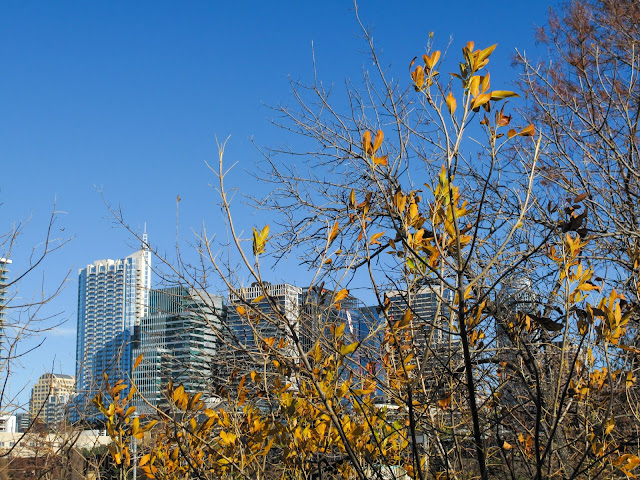 Do you pay attention to the U.S. stock market? What the heck is happening? Apple at $345 a share today. Amazing.

Posted by Kirk, Photographer/Writer at 13:58 10 comments: