Just reporting in with a bit of Arctic-palloza updates. 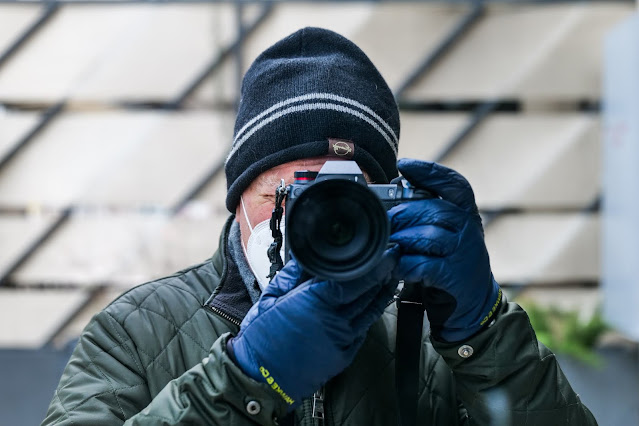 Taken before the icing marathon.
There we were, skating along on my good looks and impeccable luck, and just about feeling untouchable when the power went off with a huge green flash and a loud bang. I thought we were at war and someone just dropped a bunker buster bomb on the water treatment plant about a third of a mile away. But no, it was just a catastrophic physical failure of a transformer cluster. We love putting them up on high poles so the wind chill works better, they're more of a challenge to fix (and who doesn't like a challenge?), and so the high school kids don't challenge each other to lick the HV wires.

So, the power went off at 5 am and stayed off until just a little while ago, about 5:15 pm.

But, the water treatment plant was offline for while so now we're under a "boil water" alert for at least the next 24 hours. I need to research how that all works. For now Belinda translated for me. It means: "don't drink the water unless you boil it for a while". Hope that boiling works on cryptosporidium. And brain eating amoebas.

Anyway, we have heat back. All the exterior faucets are alive and dripping well. But I also wrapped them around the exposed pipe area (but did not block the drip flow!). We are able to cook, microwave and shower. And we can do so at 68 to 70 degrees.

We've been lucky but there are more obstacles to overcome. Tomorrow night will be out last night in the teens so we still have time to do one more round with no heat. The power has been out at the three local (to us) grocery stores so they've either had very limited hours or shut altogether. That's okay, I guess, because panic shoppers stripped the shelves, and the wait in line to get in and fight for the meager remainders was about an hour long. It makes shopping for groceries in the old Soviet Union sound better.

I'm not too sad about the stores since it's still not safe to drive on the ice covered streets. Remember, we're not like all you "first world" states where people come out and sand or salt your roads for you after plowing them the minute they get dusted with snow. Nope, we get the old truck with the baldest tires and drive as fast as we can. The idea being that the longer you are on the road the more opportunities for something bad to happen. And if you are going to have an accident don't you want to get it over with quick? So you can get on with your day?

On clear roads Texans (and southern Californian transplants) drive 60 in a 30 zone. But when we have a mix of black ice and black ice they like to go just a little faster. Gets the adrenaline pumping.

Hopefully we'll be getting back to normal by late Saturday. Probably just in time for an earthquake or an inconvenient lava eruption. But I would not rule out a pesky meteor shower..... You just never know with the folks in Texas. Might be a legislative pact with the devil coming back to haunt us.

Safe and warm and thankful right now. Subject to some change. But always thankful.

Just a quick note for Fuji camera users: They have new firmware available for many, many Fuji cameras today. I was interested in the X100V firmware. It adds the ability to use the built in ND filter for video now. Also allows you to record both Jpeg AND raw when using the two digital teleconverter settings. And lots more.

Posted by Kirk, Photographer/Writer at 18:37 13 comments: