Some stuff just looks better in black and white. 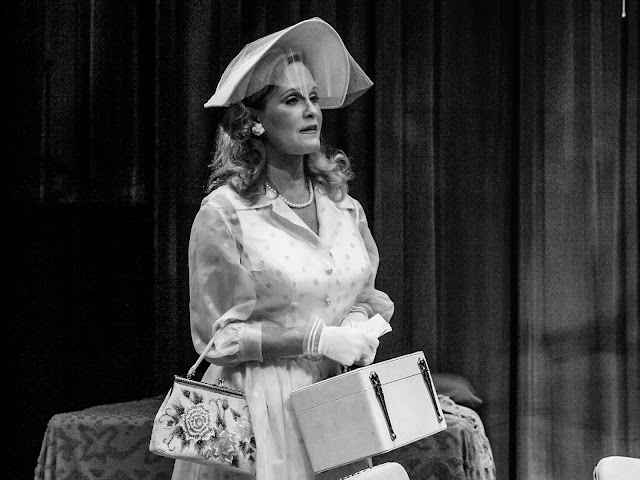 Thunderstorms tonight...just trying to get one more thing posted. Then I'll worry about the rain.
Posted by Kirk Tuck, Photographer/Writer at 22:33 No comments: 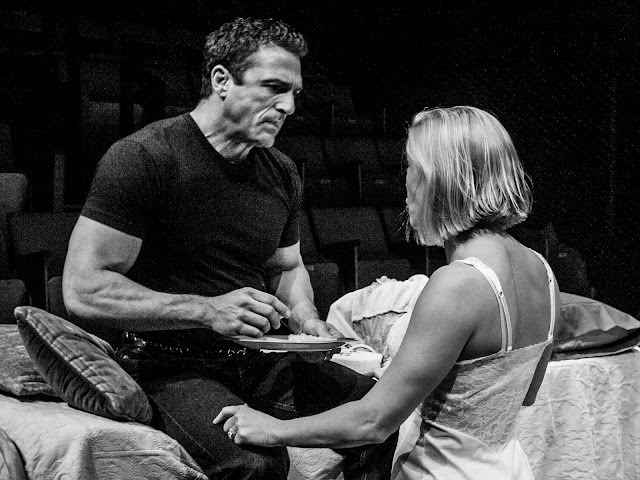 I've been "clocking in" and working eight hour days in an attempt to get a handle on my overflowing collection of past client files. Photos I've taken since the dawn of digital (at least the dawn of it in my studio) up until the point when more and more stuff went more or less directly into the cloud. That was around 2015.
A few days ago, when I mentioned my intention to come to grips with the overabundance of images I used a recently found photograph from 2001 or 2002 to use as a header photo for the post. Reader, Michael Matthews examined the photograph of magician, Ray Anderson and thought it looked pretty darn good, considering it's genesis as a 6 megapixel file from a now woefully "obsolete" camera. It was from a Fuji S2. He asked if I thought all the time, money and focus on ever-newer cameras had been worth it. Did the newer and newer cameras represent better and better tools for image production.

That stopped me in my tracks for a while and led me to look for some of the older folders of images, mostly resident on CD-Roms. After spending a couple of long days going through files from cameras such as the Olympus E-1 (five megapixels), the Nikon D100, D200 and D2x, the Kodak DCS SLR/n, and even older cameras such as the Olympus E-10, I've got a few ideas and I guess I'd like to share them here; even though I expect a lot of "scientific sounding" push back from parts of the audience.
There is an easy answer. If you are looking for endless resolution then you'll definitely be a fan of the latest and greatest cameras even if you do find the differences in steps of resolution harder and harder to discern as the race goes on. But, if you are looking for good, pleasing color, good file integrity, and the appearance, when used on the web, of highly satisfying sharpness? Then no, every step forward has been pretty much a wash. There are specialty exceptions I guess. If you are looking for extended dynamic range then I guess current camera sensors with their lower noise floors will better satisfy people who need it. But really, the dual pixel design of the Fuji S2, coupled with the latest processing software, will get you pretty darn close to the current crop of cameras.
I was amazed at how good the initial waves of digital cameras really were. The Olympus E-10 camera is a good example. It was a 4 megapixel camera with a permanently attached zoom lens. I used it once at the theater to photograph a run through of "Streetcar Named Desire." At the time the color was difficult to correct with mixed theater lighting. We also shot film that day and that's what we ended up using for press. But today when I came across the ancient CD I thought that, for posterity's sake I should go ahead and create an online gallery for the files. When I started playing with them I thought it might be a good idea to convert a couple of the images to black and white. And as soon as I did I had a new respect for that camera. And that experiment led me to find an even older folder from one of the very first all digital jobs I did for my friend, Mike Hicks. His design firm needed to create a brochure for a big, new, mixed use office park and he was open to me experimenting with the zany E-10 camera. By putting it on a tripod and being very careful to use the camera's lowest ISO I was able to get images that were technically very, very good. We even tried our hand at making photos with a mixture of late twilight and early dawn illumination which mixed with the landscape and parking lot lighting.
The long exposures worked well, the colors were great, the images were sharp and ended up gracing a nice website and brochure for the property. It was only the promise of getting better files from higher resolution cameras that pushed us along to spend ever more money on cameras and lenses.
The images here are from that old E-10, taken in low theater light back in 2000. I converted them to black and white so I could ignore the off color. But I have plenty of images from the next few generations that are deliciously good. 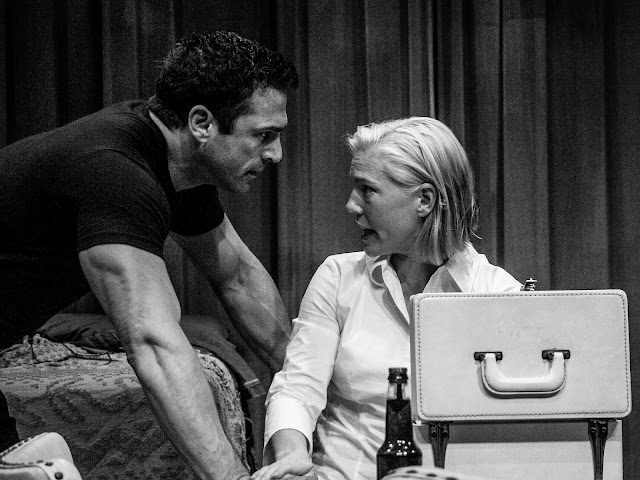 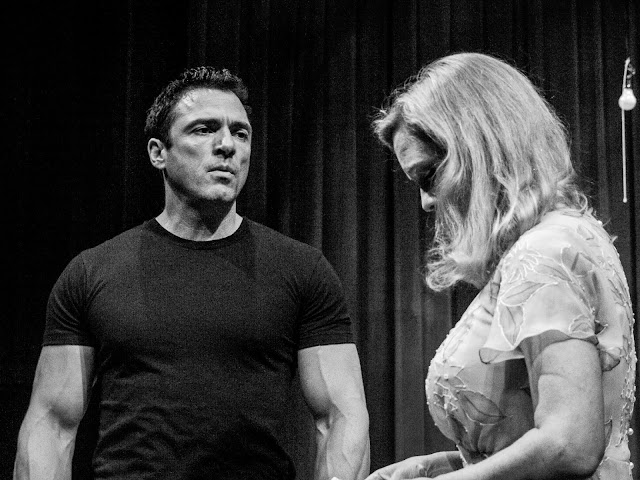 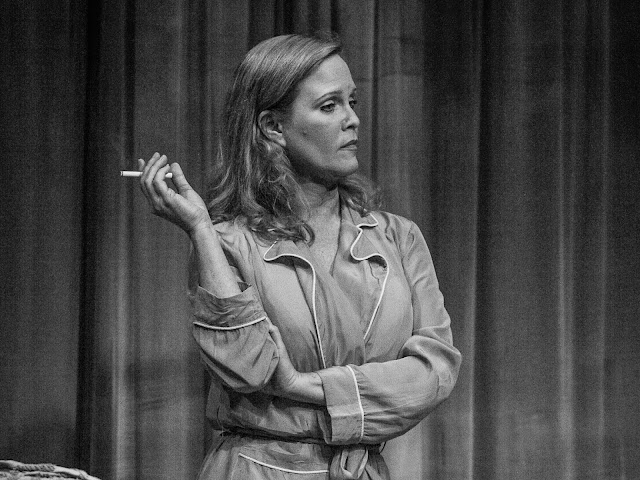 The one place where the newer cameras does help is in their better noise performance at high ISOs. That said I just uploaded a folder of "Rocky Horror Picture Show" photos and was surprised both by the color rendering and the lower than I remember noise of the Nikon D2X. I probably should have held onto that camera for another five or ten years....
Everything is a trade off. Smaller files seem sharper (see the essay in Michael Johnston's blog today) and bigger files can be wasteful. And the money spent is money gone. The one thing every generation of cameras does have in common is that none of them depreciate slower than any other generation of cameras.
Here's two from the D2X in 2005. ISO 500. 17-50mm f2.8-4.0. 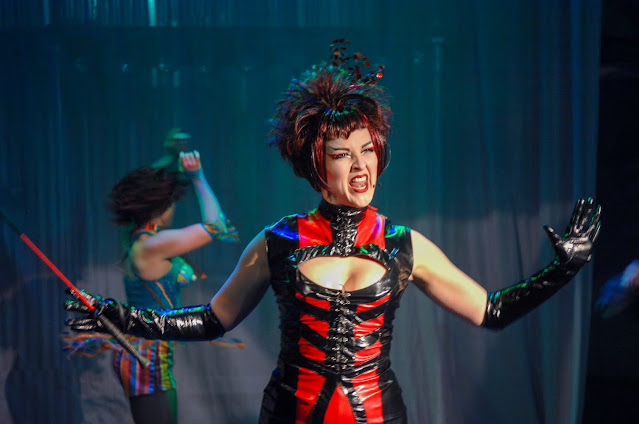 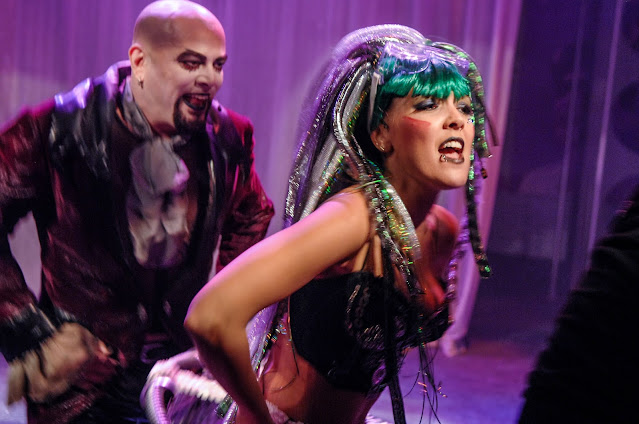