I'm always interested in how well my cameras make black and white files. I've been shooting in the "monochrome" mode with the Leica SL. Here are some samples. 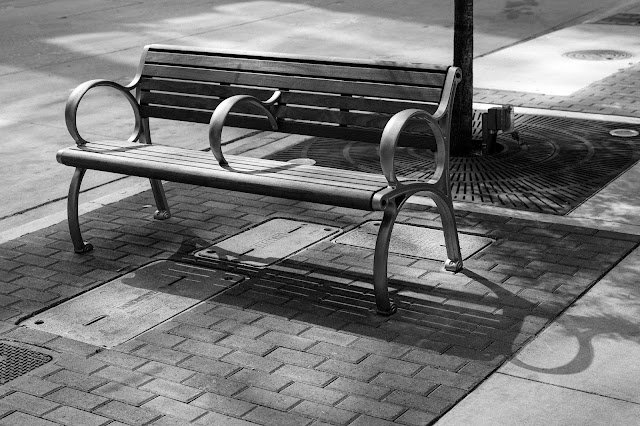 If you really want to do good black and white straight out of your camera you can buy a Fuji camera and shoot in Jpeg. The film simulations are great and there are also a lot of black and white "film formulas" that you can implement into a Fuji X100V or XT-4 that will get you really close to the look of some of the old film emulsion favorites, like Tri-X 400. If you don't want your camera's black and white choices baked in you can always shoot raw and twiddle the raw conversion controls in PhotoShop. Or you can take those raw files into a software program like Silver FX and play around with their emulations and additional controls.
I'm lazy so I always like to see what I can get out of a camera if I just set it to monochrome or black and white and try to tweak some of the parameters. There aren't a lot of parameters to tweak on a Leica SL. If you are playing around in Jpegs you get some very coarse controls for sharpness, contrast and saturation. If you choose "monochrome" in the saturation menu then the only controls you have over the look of your black and white files are just the sharpness and contrast. And then only in big, two position jumps. I tend to think of limitations like that as.....a challenge.
Yesterday I took the Leica SL and the Sigma 65mm out for a spin. Not having to worry about color noise with higher ISOs I set the auto-ISO to choose 1/250th of a second as the low speed. For most of the images I was working at f5.6 which meant that the camera was still mostly shooting at it's native lowest ISO, which is 50. I spent an hour and a bit more cruising around and snapping away.
The results were pleasing to me. I wish I could choose color filters like red, yellow and green in the camera but that's not part of the minimalist deal on offer there. I brought the files into Adobe Bridge for a change of pace because I had no intention of saving any but the post processed, reduced sized files that I selected from the original, big batch. Everything else went away. 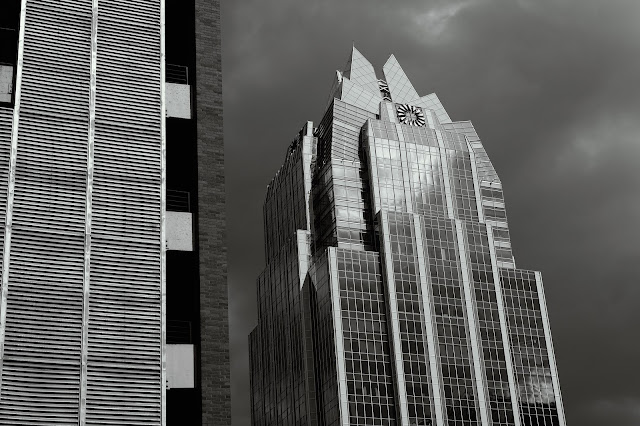 I dropped an Adobe cinema LUT onto this image to add a bit of
contrast and color to the final image. 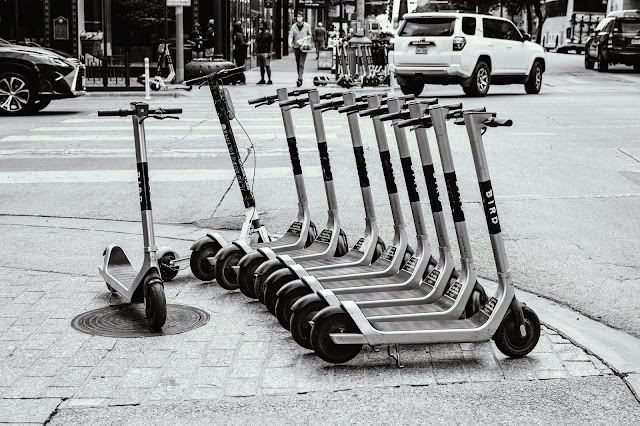 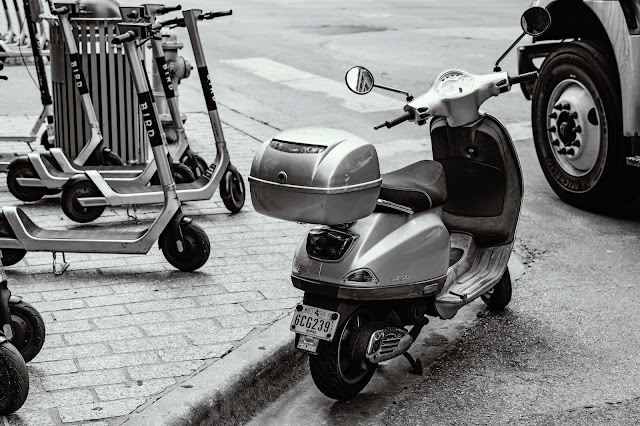 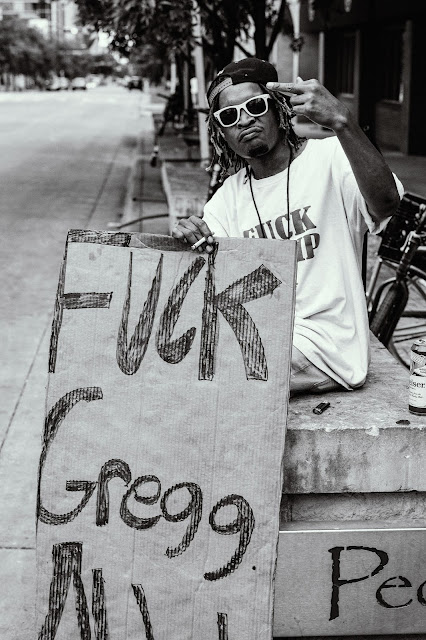 Street corner protest against the camping ban.
"Gregg" is our governor. 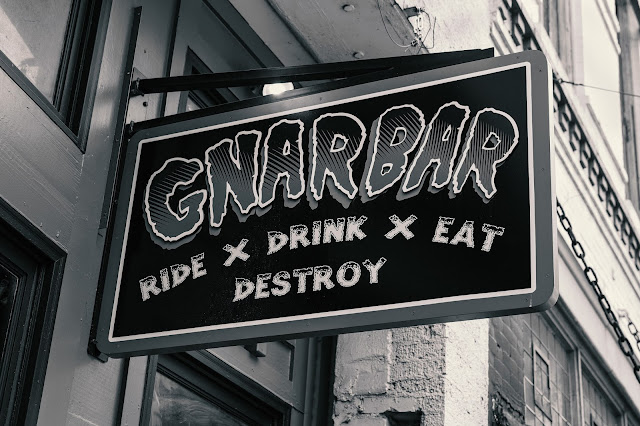 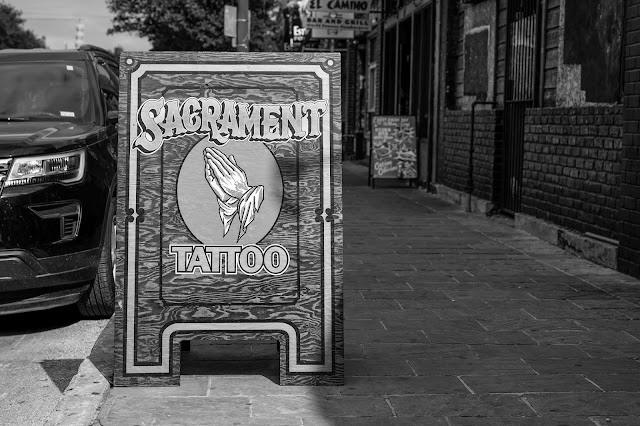 loving the way the file hung on to the dark brick on the right hand side of the frame
but delivered a full toned sign over on the left. Even the sky in the top,
left corner hung in there. Good D.R. 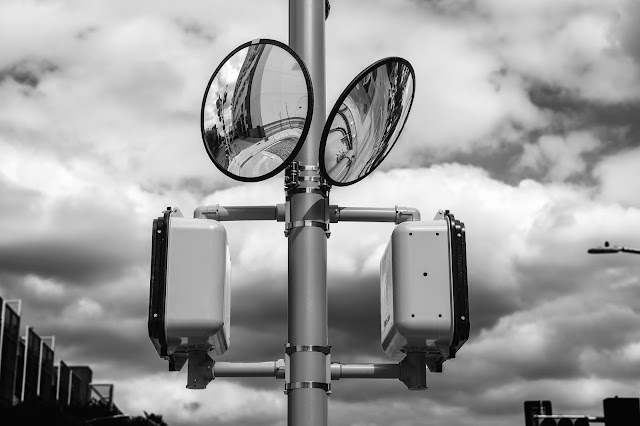 the clouds received a little contrast assist in Photoshop.
But they were not "replaced." 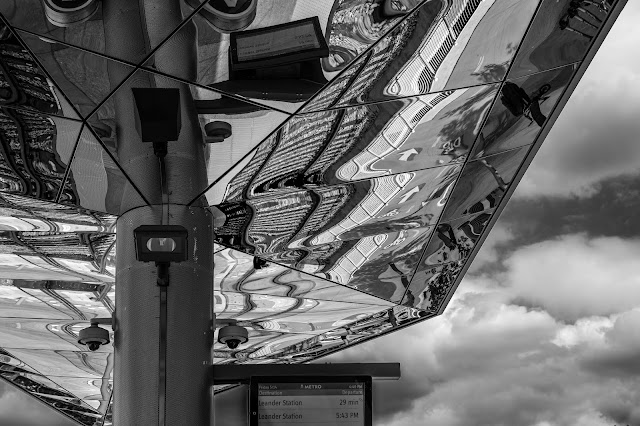 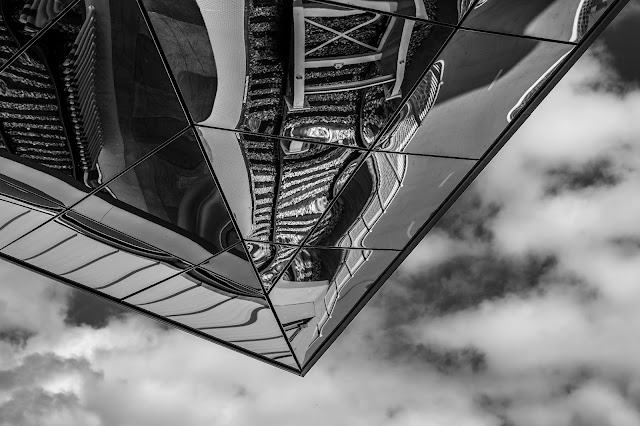 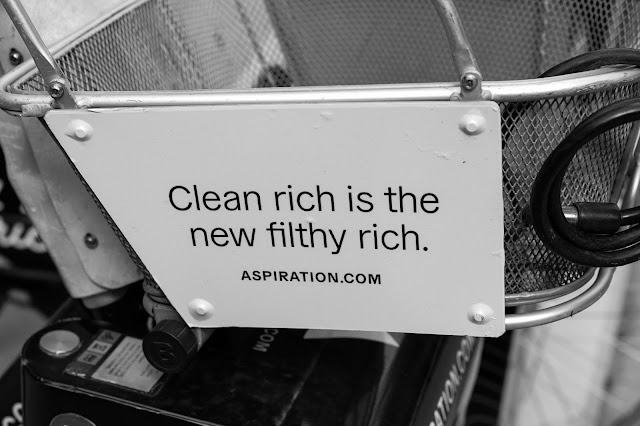 I just don't get this sign on the side of a basket on a rental
bicycle. What are they trying to say?
That renting a bike is a new signifier of wealth? 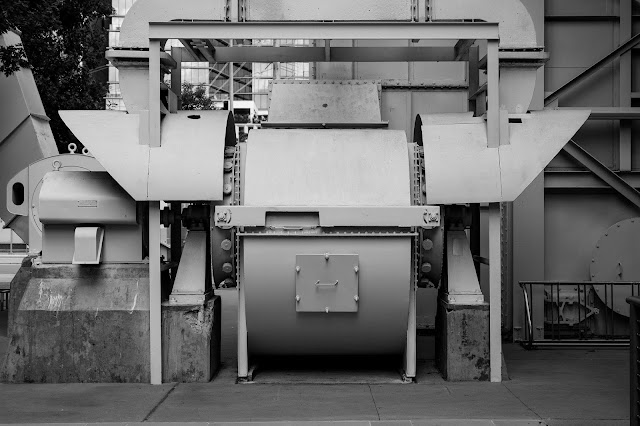 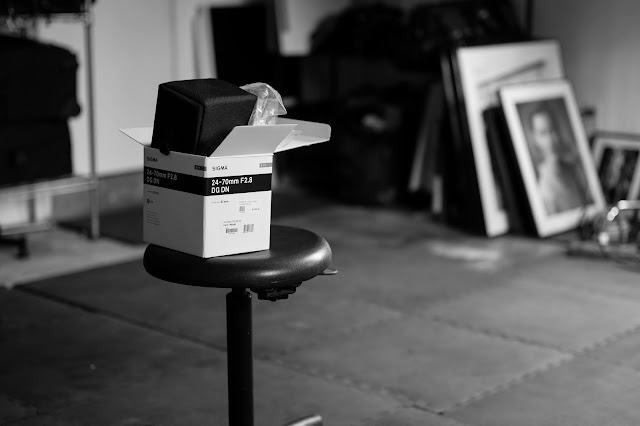 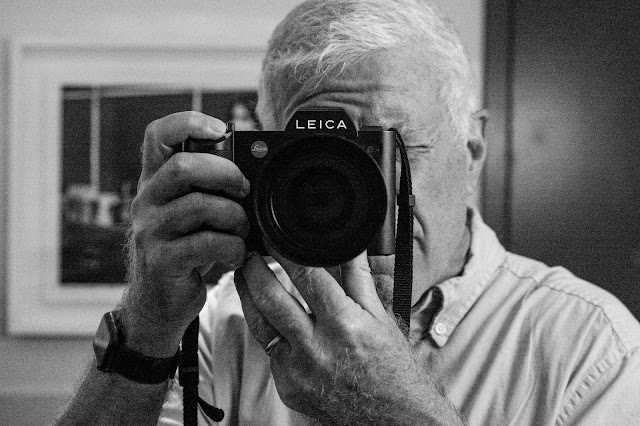 I wasn't satisfied with the noise profile of the camera at ISO 12,500
so I popped up the black slider and also added grain.
It may be my new standard. I do like the flesh tones.
Posted by Kirk Tuck, Photographer/Writer at 13:50 10 comments: