Evening in Winter with a camera. A previously unpublished, m4:3 image-laden post from February. 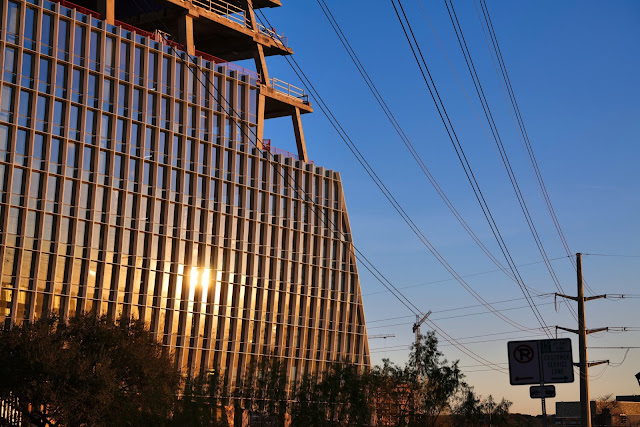 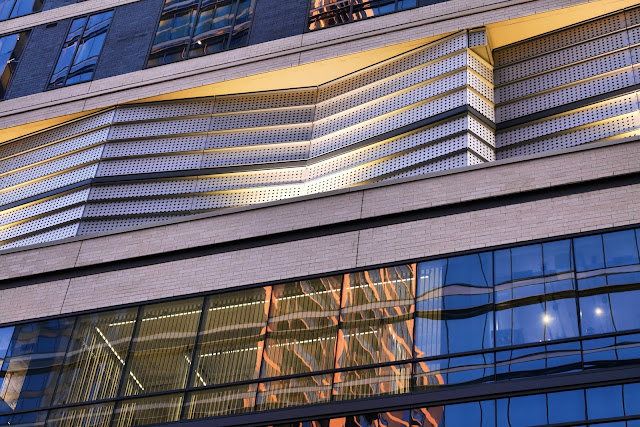 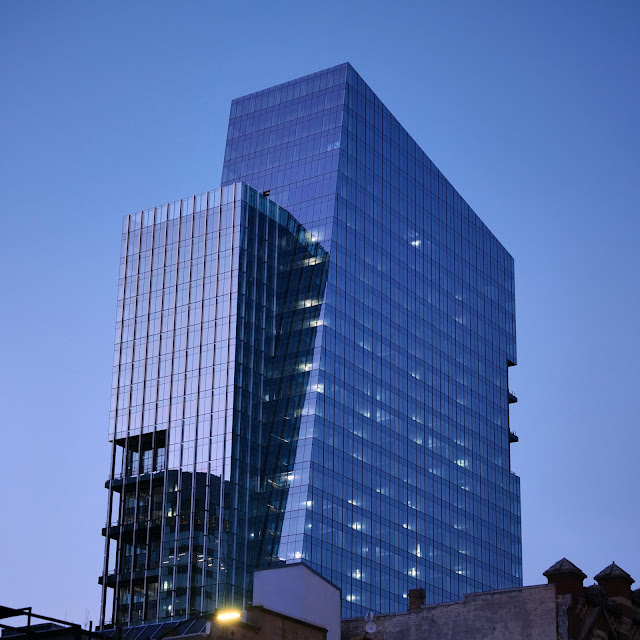 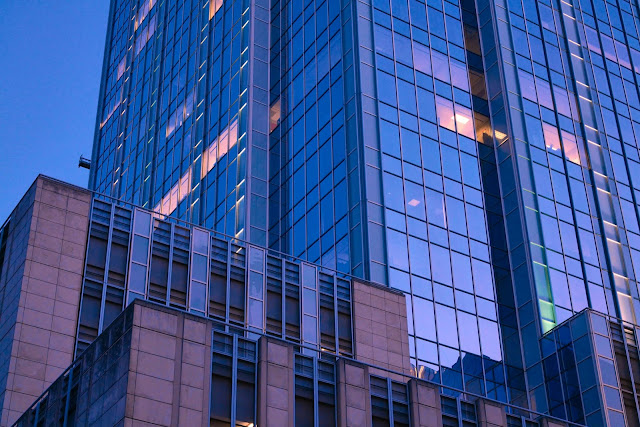 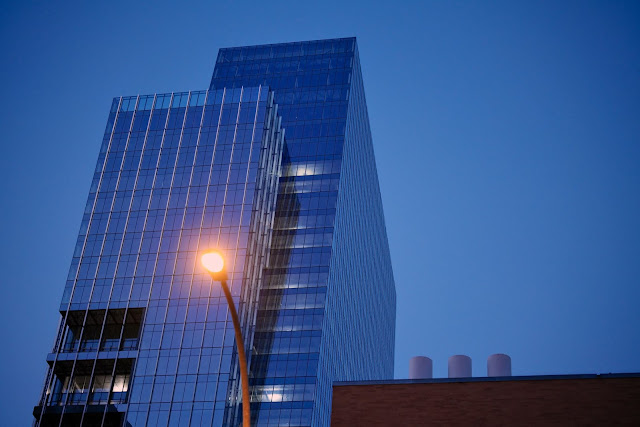 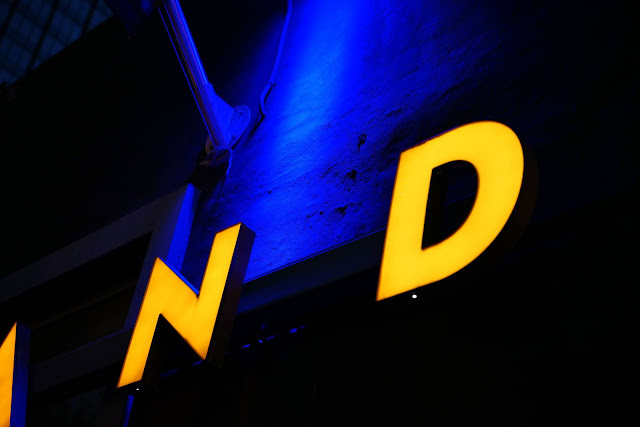 The "Twins." How I've set up two Fuji cameras to mimic the way I shot at the beginning of my long and fraught career. Decades and decades of learning through abject failure...and only modest and fleeting success.

Blog note: originally the headline read something like this: "The "Twins." How I've set up two Fuji cameras to mimic the way I shot at the beginning of my journey in photography." But Bob F. thought using the word "Journey" was a bit Jejune; a bit too "entry level," so I remedied it as best I could.  I hope you'll chime in and let me know which you prefer (not really, I just wanted to mimic the plea for engagement that V-loggers generally trot out...). 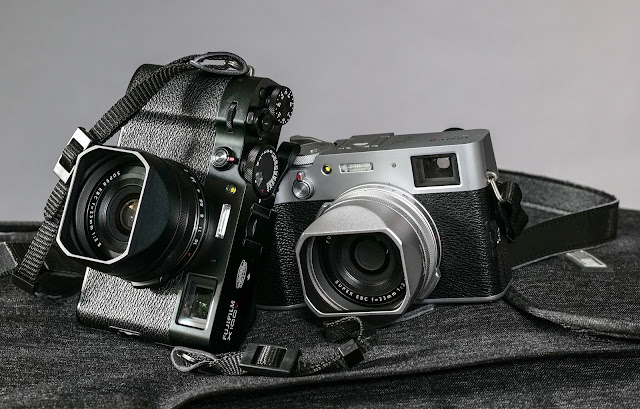 It's been raining here for days and days. And when it's gloomy outside I tend to spend more time trying to organize an archive of old negatives and slides. This hands-on exercise with old film propels me down memory lane and, sometimes, if I'm lucky, reminds me of techniques we used to use that could work well in current photo adventures.

One of the things I remember well is from the time when the U.S. publishing markets were making the last switchover from being largely users of black and white photography (especially for local media and advertising) to a full-on embrace of four color process printing. For a while it was an exercise for everyone in straddling the chasm between two very different processes by shooting color film in one camera and black and white film in a second camera. To make matters a bit more complex, at least back in the 1970s and 1980s, zoom lenses were not nearly as widely used and so, for fast breaking public relations events and news photojournalism it was routine to have several cameras devoted to a film type so I could mount a wide angle lens on one body and a medium telephoto on another and be ready to shoot most subjects by just bringing the "right" camera up to my eye and snapping away. Multiply by two...

In almost every situation like this, where we were shooting in uncontrolled situations (ie: not set up and lit or posed and directed) I would have Tri-X black and white film in one camera and Kodachrome 64 in another camera. We were euphoric when Kodak introduced Kodachrome 200 because it meant we could shoot in lower light. But we still desperately needed our fast lenses.

Not everyone chose the same film stocks but a lot of my confederates were more or less locked in on those emulsions, listed above, until the 1990s when Kodak introduced higher speed color negative films like Ektapress 800.

I found shooting multiple cameras with different lenses pretty easy but I found going back and forth between color and black and white was much more difficult. I was happy when clients finally abandoned the "let's have it both ways" mentality and concentrated just on one or the other. Current practice is, of course, to shoot just in color and then make any needed conversions to black and white in post production.

It's more efficient for working on a schedule but what about those times when the schedule is your own and you are working to produce a look that's not immediately for sale? There are times when getting everything just right in your camera trumps after-the-fact, post production, slider-mania. I find it much easier to get the almost authentic Tri-X look if I use a highly configurable camera like a Fuji X100V and a film "recipe" from FujiXweekly

The film recipes they have on their site are also available on a phone app so you can make changes to your "film stock" in the field, on the fly. These are not programs that need to be transferred from your computer or phone to your camera, rather they are suggested settings that will get you deeply into the ballpark of replicating the look of favorite film stocks. The existing menus in the Fuji cameras suggest that Fuji's design teams created the menus with specific uses like this in mind.

I have two Fuji X100V cameras. One is a black finish and the other is the chrome finish. They are really fun cameras and are capable of great, sharp files with lots and lots of dynamic range. Over the last few weeks I've been playing around with two different film recipes, partly out of nostalgia but also because I have in mind a very specific art project on which I'm considering using only the two Fujis. The film "emulations" I am testing (and liking) are, of course, the Tri-X one but also the Kodachrome 64 recipe. They are different looks than the ultra clean rendition of the "standard" color files from the cameras.

For my project I'd like to shoot some images in black and white and others in color but I won't know until I'm onsite and shooting which direction I'll go in each situation. I dawned on me that having each camera set up with a different "look" would be an efficient way to work. Of course, I could set up just one camera and save two different recipes in the user profiles but that does require one to stop shooting, go into a menu and make a change. I think having a dedicated camera for each use helps my brain make the change over from one look to another in a more organic and emphatic way. Especially if the cameras are "color coded" as a guide to my brain; to reinforce which way I'm shooting in the moment.

Since I'm shooting with film recipes in both cameras I'm shooting large, fine Jpegs as my basis for the project I am considering. But, I'm skittish about missing stuff I might regret later so I'll probably shoot everything as Jpeg+Raw just to give myself a margin of safety. The settings don't get transferred over to raw files so I'll have to make a couple profiles in Lightroom if I end up having to use the raws. At least I'll have the Jpegs as guides.

My idea for the project isn't a secret. I'm planning to drive west to Roswell, New Mexico and make photographs all in and around Roswell for a week. It's a small town and some might say there isn't enough subject matter to make a project but, what the heck? I've been scouring our own small downtown for well over a year and still find stuff that's vaguely interesting. At least to me.

The idea is that landscapes, urbanscapes, architecture and UFO kitsch would be photographed in color while people would be photographed in black and white. I'll set up camp in whatever nice hotel I can find and spend as much daylight as possible roaming around shooting. I'm trying to research every tourist attraction and natural scenic attraction within 100 miles of Roswell as I can before I leave Austin. While I'm not the kind of person to slavishly follow a list I like to make an inventory of good subject matter and locations for those times when my brain just gets stuck. And, of course, if you are from Roswell and reading this you are certainly welcomed and encouraged to chime in and share your ideas for good subjects. Nothing is really off the table.

My plan is to head out in early June. There are two reasons for the scheduling. First, it's suggested that one "break in" a Subaru automobile by not driving hard and long for the first 1,000 miles. Hey, I know you might be a car "expert" but that's what it says in the manual.... I'm only halfway there and I've already had the car for a month so... maybe a few local road trips before hand (Enchanted Rock?). That's one part of the scheduling equation. The second part is that when school is out at the end of May the age group Summer swimming program starts at the pool and it's usually scheduling chaos in early June. The masters various workouts get combined, the pool gets crowded and sometimes patience wears thin. It might be a good time to take a week off and cross train with a couple of cameras instead. I'll take some running shoes and get some desert miles in instead.

I'm having a blast with the twin cameras. I saw some work done in Monterrey, Mexico by a photographer using the Leica Q2 and I've been copying some of the photographer's technical methods. Deeper depth of field, smaller apertures, and a tolerance for letting the auto-ISO go wild. I've also plumbed the other extreme and worked with the color camera on a tripod and with the ND filter turned on to get slower shutter speeds and medium apertures for these kinds of shots. It's all fun to play with and I've been enjoying the work I'm creating.

Once I get the Roswell project out of my system I have another project that I'm thinking about which will require big files and lots of high resolution lens work. It's perfect for the SL2 and the Panasonic S1R. But that's a blog for another day.