The past always looks less hurried and more graceful. 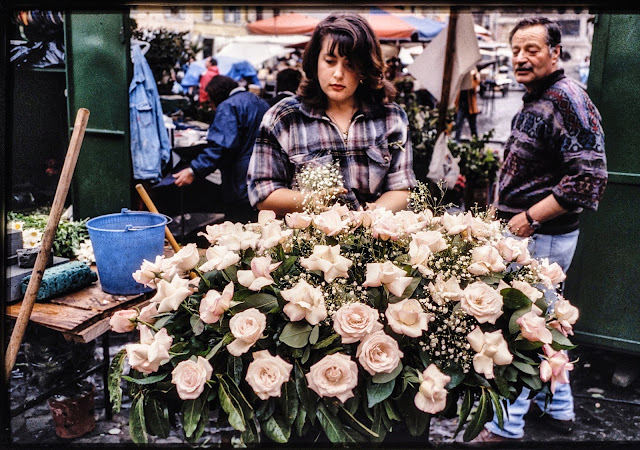 Logistics, Luck and experience. How to meet a deadline when the weather just sucks... 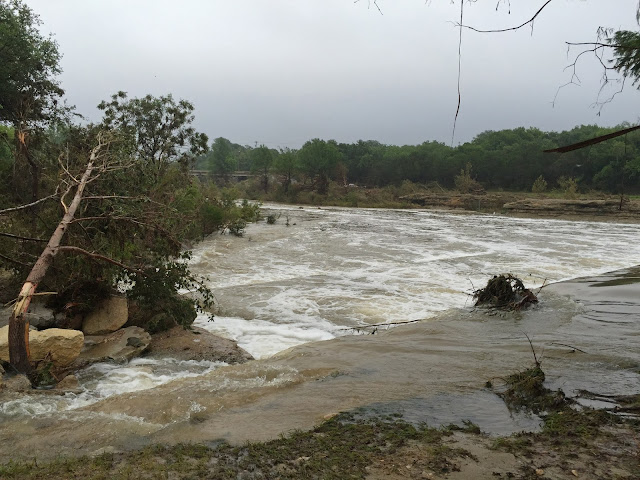 Austin is surpassing Seattle and Portland for annual rainfall this year. Hell, we may be surpassing the tropics.  We're in something like our 14th straight day of on and off thunderstorms, accompanied by high wind gusts (70 mph at one point...), lots of lightning, hail and downed power lines. Earlier this Spring we set records for snowfall and cold temps. It's been an eery year for weather.

So, if you are a professional photographer with active clients you need to learn to do some planning and logistics. Here's a case in point:

A client came to me a few weeks ago with an advertising project. They are a medical practice and they wanted to showcase two surgeons in a big, double-truck print ad, with a specific deadline. They wanted each surgeon shot individually; one with a bridge located in the north of the city in the background, and the other with a different bridge in the background, in the south of the city. Of course, they wanted beautiful, sun drenched landscapes for both backgrounds.

The way they envisioned the projects was to figure out where to shoot and then schedule around the surgeons' schedules. The logic disconnection is that the doctor's preferred schedules rarely match the perfect weather conditions or the time of day that the light on exterior objects is best.  I've worked with busy doctors many times and realized that the chances of getting them at the right time, in the right place, would be difficult even without weather considerations but to chance it in the central Texas Springtime, especially with the weather we've been experiencing, was like trying to hit a bullseye with a rock thrown from a mile away. It was just never going to work.

I knew from watching the weather that the forecasts were for overcast and rough conditions for at least two weeks forward and our chances of getting the doctors scheduled and compliant on the first pass was tiny. Thinking through the project, I realized we could shoot everything separately and then composite the final images together in PhotoShop.

I showed the clients some recent samples of composited portraits, with exterior backgrounds; they loved the examples, and the idea that they could schedule their doctors without a concern for all the logistics of getting them to remote locations at very specific times. And then desperately hoping the elements would cooperate. They also loved the idea that the doctors' time commitments could be made much shorter. And the chances of success would be made much higher.

After a brief conversation with the client's art director I loaded the Subaru and headed out immediately to scout and to shoot.

On the day we had our preliminary conversation I got all the images I would ever need, in bright sun, of the bridge to the north of town. I shot with the S1R so I could pull out all the dynamic range possible. The images look great. On the same day I scouted the second bridge and shot some images but I quickly realized that I'd arrived in mid-afternoon and the bridge was going to look it's best around 9 or 10 in the morning.

The next day was rainy and wet and the forecast indicated we'd sunk into a pattern. Just to be on the safe side I packed in the S1R and a zoom lens along with my swim gear each morning thereafter. If I got through swim workout and the sun peeked out I wanted to be ready to go straight to my pre-scouted position and shoot as quickly as possible.

On the third day into the project I swam in a cloudy morning practice. On the way home the sun started to break through the clouds and the clouds started to scamper off to the west where they turned puffy and photogenic against a clean, blue Texas sky. I ditched the idea of breakfast and a hot coffee and drove. I parked the car, grabbed the camera and jogged in about a quarter mile to the spot I'd scouted. I tumbled a bit down a steep, slippery and muddy path and almost did a face plant with my camera and lens but grabbed some scrub brush and righted myself.

I looked up at the bridge and saw that the sun was behind clouds and I'd have to wait it out and hope. About 15 minutes later the sun came through and lit the bridge beautifully. Normally I don't bracket exposures but for that shot I probably bracketed more than I have ever since the days of film. I shot a couple hundred variations until I was sure I had a good, usable file "in the can". I was using the Lumix 24-105mm f4.0 zoom and it was the perfect range to get a selection of looks from one spot. As I walked away I kept turning around to find new angles. And just when I got back to the car a new batch of clouds raced in and covered the scene with flat, low contrast light again. By the time I got back to the office a light rain started to fall...

We spent the last ten days trying to get our two doctors scheduled for some time in the studio. We got one scheduled this weekend and the other in the middle of next week. And it's good to have them scheduled separately since the light at each exterior location was different and I'll want to match the direction and feel of the light for each one.

We asked each doctor for a time commitment of thirty minutes. I'm setting up today for this weekend so we can bring the first one into the studio, tweak the light, go through a few looks and poses and then send doctor number one on his way. Then we'll reset and re-light for doctor number two.

Since the first day of shooting we've had rain and overcast nearly every day. Last night we had a brief but violent storm that took down four more branches from our lovely elm tree. Today we started with a tease of sun which quickly turned to overcast and then transitioned into torrential rain. Rain which is forecast to continue throughout the day. And tomorrow. And Saturday. Etc.

But that's okay because the studio is dry and ready. The specific landscapes are shot, processed and standing by for compositing. And, since the client has to pay for the ad space to the magazine whether they meet the deadline or not I have every faith that my human subjects will make it on their appointed days, right on time.

At the beginning of my career, even if we'd had access to all the digital tools we have now, I might have just trusted that the weather would cooperate, the doctors would willingly slog through a quarter to half mile of muddy paths in the heat and humidity to arrive sweating and shiny at our chosen locations, and that nothing would prevent a nice, fast shoot. Oh....I have learned a lot in the ensuing years. And the biggest thing I've learned is to never, ever forget Murphy's Law. The second thing is to make "hubris prevention" a constant goal.

We're forecast to have rough weather pretty much through next week. I'm glad I got the landscapes when it was still possible. At least, with all this rain, we're filling up the highland lakes which are our drinking water source. Another week or so of this and we'll be near 100%. At least we're keeping the drought at bay.