I was working on some press stuff for the business when I came across this image from a while back at SXSW. Or nearby. 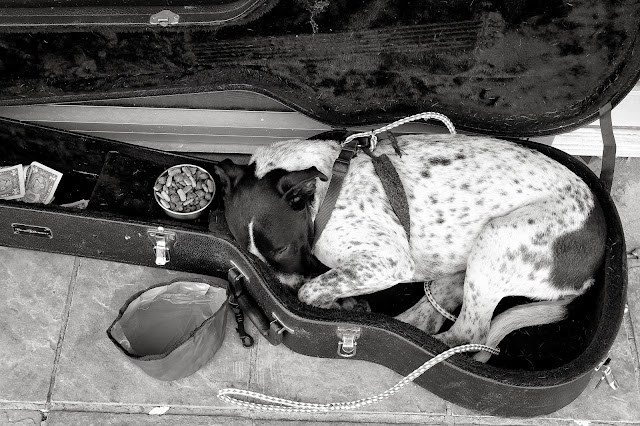 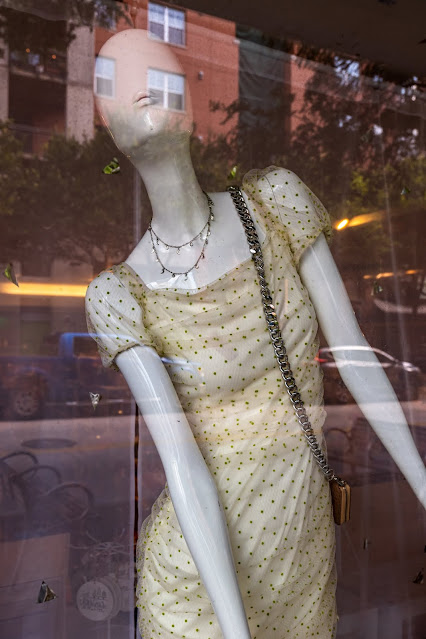 I just posted a blog in which I tangentially trashed the Panasonic 50mm f1.4 S-Pro lens. But it's a wildly good lens!!! 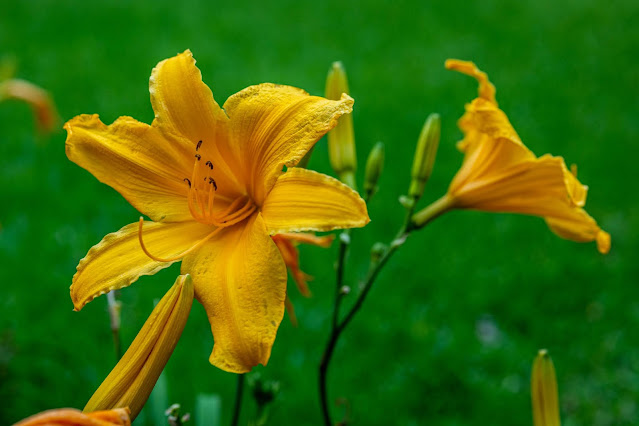 this is the full frame, taken in late evening light with a handheld camera. 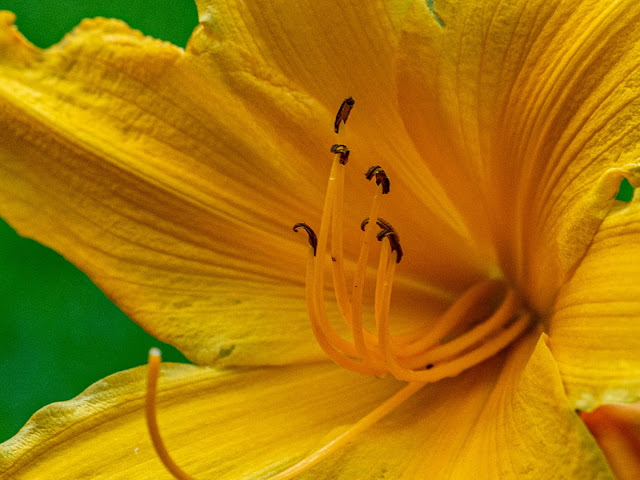 this is a crop of the above frame.
The 50mm f1.4 Panasonic lens has two problems. The first is that it's huge. The second is that it weighs as much as a well fed house cat. It's ponderous. It's not the first choice of anyone who practices "street photography" or documentary photography where the photographer must carry his or her own gear all day long. At least I haven't found anyone who works with the lens that way....
But, after trashing this lens for all the handling issues, I felt I needed to amplify the reasons why I keep this lens in my collection instead of moving it out the door and replacing it with something else.
This is what they have been calling a "reference" lens. Panasonic, in collaboration with Leica, pulled out all the stops and went for broke in the one area they felt they needed to conquer in order to create a "halo" product for a new lens line. They created what may be one of the two or three best performing lenses (optically) in the world. The lens is beyond excellent at any of the pre-diffraction limited f-stops. It excels at f1.4 and some of the images I've made at f2.8 and f4.0 have a breathtaking amount of detail and information.
I've always wondered if the performance was just delivered at middle distances, in a zone between around 5 feet out to infinity. I wanted to see how the lens performs when used close up. So I photographed in a small field of day lillys in our back yard.
This is hardly a good, scientific test. To do it right I should have photographed on a windless day, in brighter light and used a camera on a robust and unshakeable tripod. Instead, I stumbled around at twilight and shot with a camera (and lens) which was bereft of image stabilization. The only thing that saved the image from my bungling was the minimum shutter speed (1/125th) set on my auto-ISO.
I'll keep the lens in my collection because the "sunk costs" are too much of a burden for me to change gears. But I'll also keep it for all those times when I'm working in situations that require the best performance and in which I'm not dragging a filled gear bag or roller case around endlessly for hours and hours at a time.
It's a wonderful optical system trapped in an anvil. But it's too good to let go of. 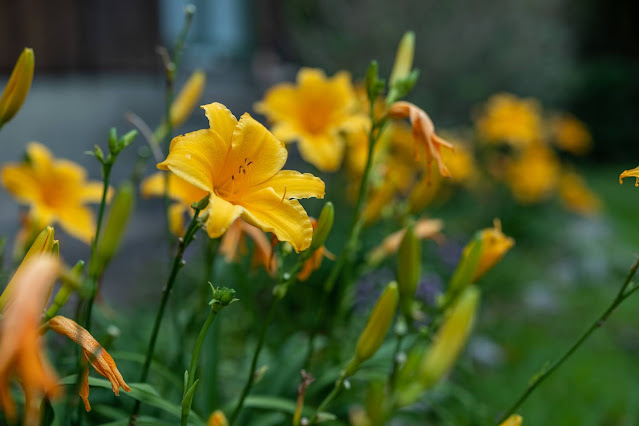 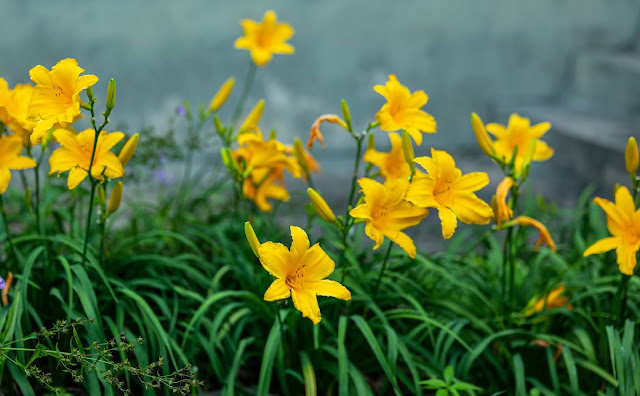 Optimizing with technical choices instead of one's wallet. 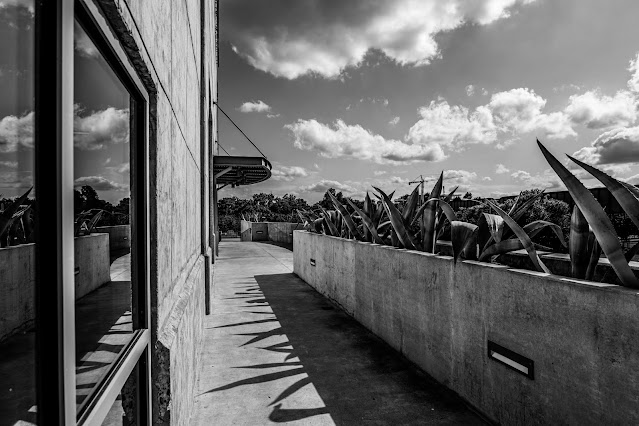 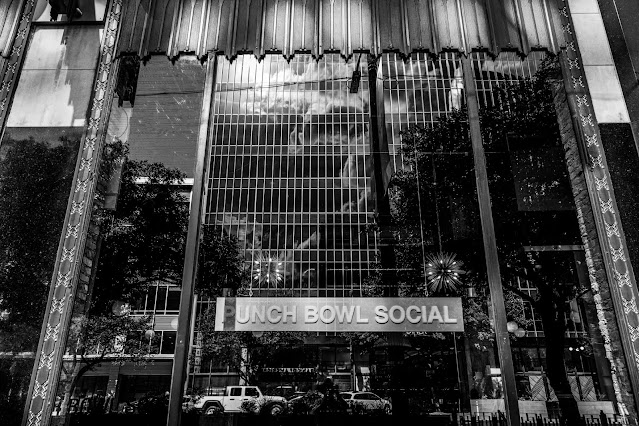 I love the combination of reflections and lines here. It's a visual circus. 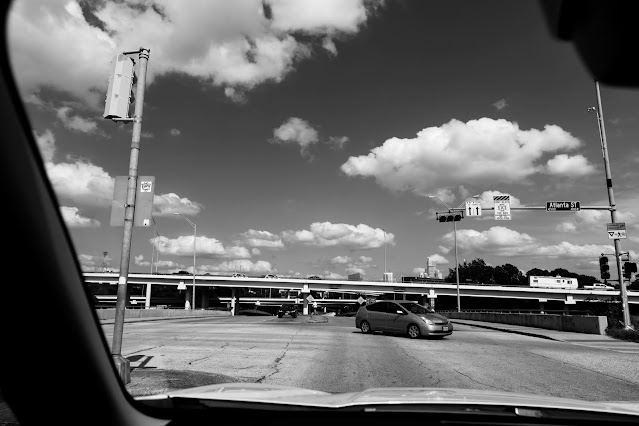 My journey into downtown really begins when I cross under the Mopac Expressway.
That's the road that separates old Austin from the suburbs in the Hill Country. 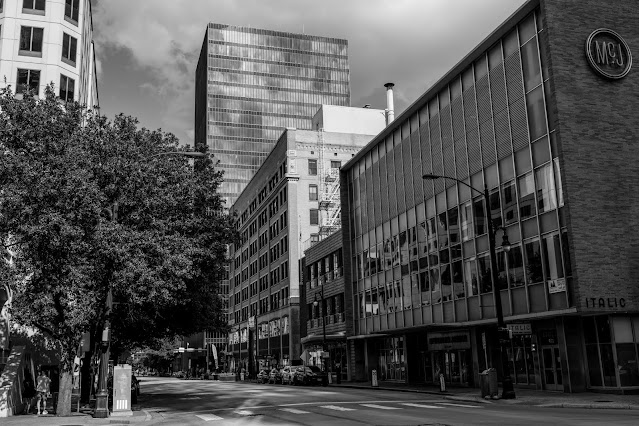 Austin only has a thriving downtown during events like Formula One or SXSW.
Most of the time it's very tame. Not a lot of foot traffic. After all, it's the
poster city for working from home and corporate urban flight.
Everyone wants a view of the Capitol Building from their office,
they just don't want to be in the vicinity.... 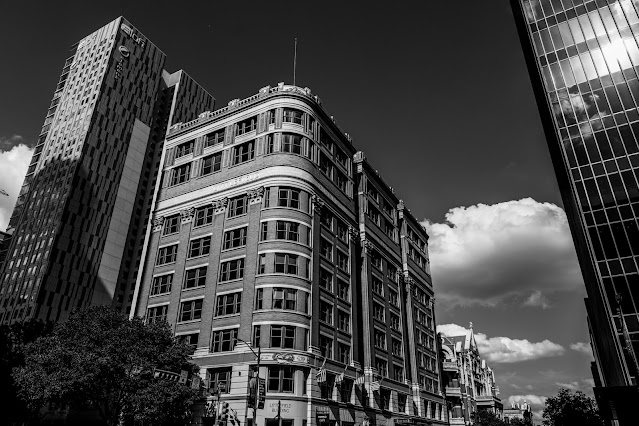 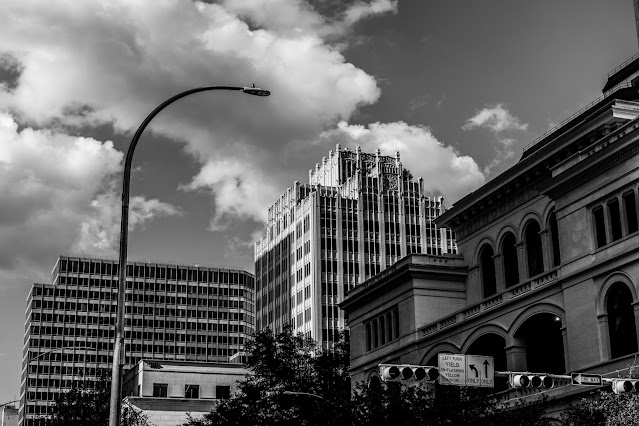 Ah, the Norwood Tower. One of the very first "high rise" buildings in Austin.
A design from a distant past. I wonder how much longer it will linger now
that the developers are digging deeper underground car parks and topping
them with enormous skyscrapers. It will be sad to see the Norwood Tower
replaced by yet another reflective glass box... 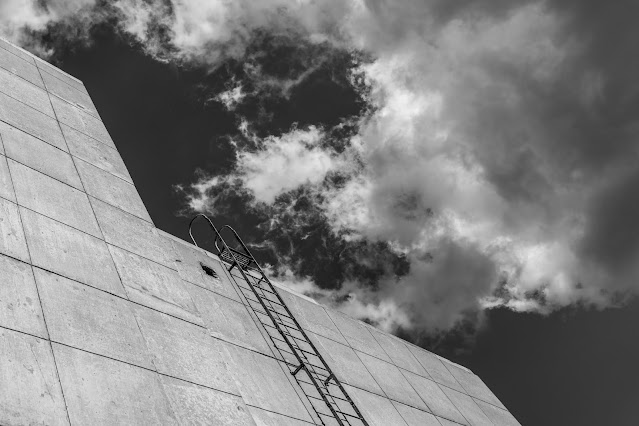 Not a "Stairway to heaven" just a ladder to a roof.