The Diffraction Boogeyman. Or what really happens if you stop down a lot. 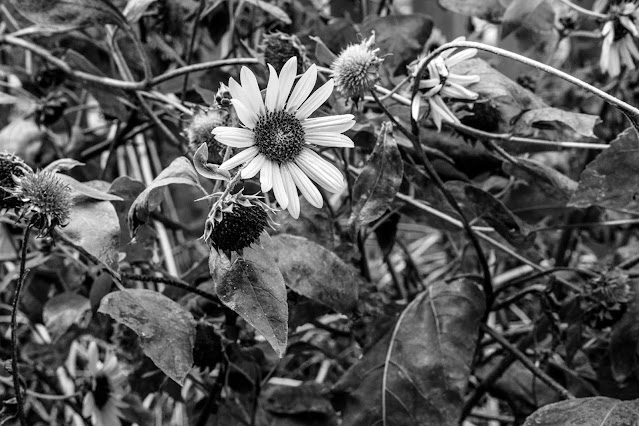 I've always believed all those articles about lenses, diffraction and the "horrifying" consequences of stopping down a lens past f8.0. At the perilous f-stops, like f11 and f16, we are given to believe that light curves around the edges of aperture blades and renders whatever we are trying to shoot into optical mush.
We are routinely warned not to venture too far and there is always extra emphasis on abiding by this rule when using high resolution sensors. Apparently the effects of diffraction increase with the decrease in pixel size. It has something to do with the speed of light. or the rotation of the sun around the earth, but the theories are not something I've studied closely...
And since I couldn't find The Big Book of Awkward Diffraction Effects on Amazon.com I decided I'd just pluck up my courage and try one of the forbidden apertures in the privacy of my own camera and see how it actually works out. Now, if I were a white coat scientist I'd shoot frames at every aperture on the ring and then compare every shot at 1,000 %. But I'm impatient and lazy so I just flat out went for it. I shot this flower   gently waving in an easy breeze with the Sigma 65mm f2.0 Contemporary lens stopped down to f16. The shutter speed was locked in at 1/250th of a second and I let the ISO roam free. The actual ISO was 2,000.
Imagine my surprise and confusion when, upon getting back into the office, I opened this on my computer and looked at it in its glorious 100% nakedness. The image seemed sharp. But I have been indoctrinated so thoroughly that, at first, I didn't believe the evidence in front of my own eyes. So I kept drilling down. Sadly, I seem to have disrupted the laws of physics because, to my consternation the image is actually sharp enough to effectively use. I put in a tight crop below so you could see kind of what I was seeing. 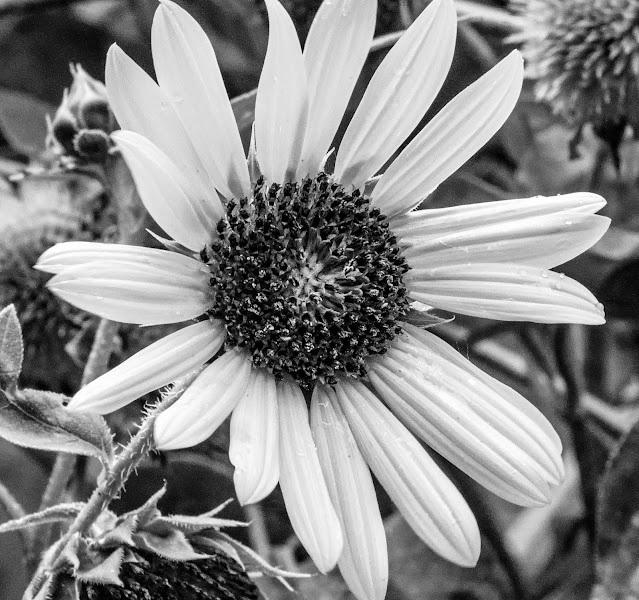 Now, I am certain we could have shot this with several techniques that would have yielded an even sharper image. For instance, instead of handholding the camera I could have anchored it to a tripod. Instead of letting the flower float around in the breeze I could have clipped down the entire growth and brought it all into a lab and then put it into a vacuum chamber where the subject would be ultimately sheltered from the effects of atmospheric chaos. I could have used a self timer to trigger the exposure instead of subjecting my camera to the mighty brute force of my right forefinger. I'm guessing you get my drift by now.
The image, even with the technique deck stacked against it is still adequately sharp.
So, what happened to the laws of physics? And what happened to the hive knowledge spewed by generations of "photo experts?" It's a mystery to me so I guess we might never know.
Since we have three or four Nobel prize-winning physicists who are routinely riveted to everything I write I would like to cordially request that one (or more) of them write us in the comments so we can learn to successfully use diffraction to make our images once again look like crap. As the photo gods apparently intended.
By the way, I am teaching myself to do digital black and white all over again. It's fun. Time consuming but fun.
camera: Leica SL2. lens: Sigma 65mm f2.0 i-series Contemporary. film: not likely.
Posted by Kirk Tuck, Photographer/Writer at 18:09 19 comments: