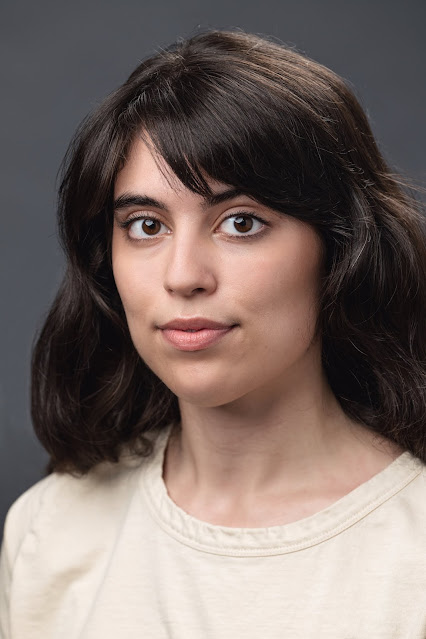 Last week I mentioned in a blog post that I was starting to see an uptick in getting the kinds of portrait sessions I like. This set of two images is a follow on for that sentiment. One of my close friends is a talented film director/producer and his daughter is weighing the idea of working in the talent/modeling segment of our shared industries. While my friend is a good photographer as well he understands how hard it is to make objective photographs of a family member so he enlisted me to do a couple rounds of portrait photography instead.
For headshots like these I fall back on lighting with flash. I can freeze action while using f-stops that get me deeper depth of field. Had we been doing the images just for me I probably would have used LED lights and encouraged unsharpness in front of and behind the subject. In this situation the best standards of the talent industry took precedence.
I chose to use the Leica SL instead of the SL2 because I knew I would shoot hundreds of frames (three wardrobe changes and numerous posing options...) and I was leery of filling up yet another hard drive with  files (from the SL2) that would be much bigger than needed for the scope of this project. The 24 megapixels from the SL are just right. Added to that, I think the files out of the SL have a bit more "bite" to them than the newer camera. Sure, we can change visual parameters and match the files but it's nice to at least start at a point where you are most aesthetically comfortable.
The selection of the lens was logical. I would be using the camera mostly in a vertical orientation, would be shooting a bunch of images, and having the tripod mount on the longer lens is great. I never have to worry about "lens droop" or balance issues. With the lens mounted on the tripod I can change from portrait to landscape orientation and know that the rig will stay securely in place. Added to that is the fact that the 70/200 Lumix lens is one of the best lenses of its kind, extant. I shot mostly at f5.6 and can't imagine needing a sharper lens. That, and the ability to reframe and recompose with a quick touch on the zoom ring makes the lens a wonderful tool for high throughput headshot work. 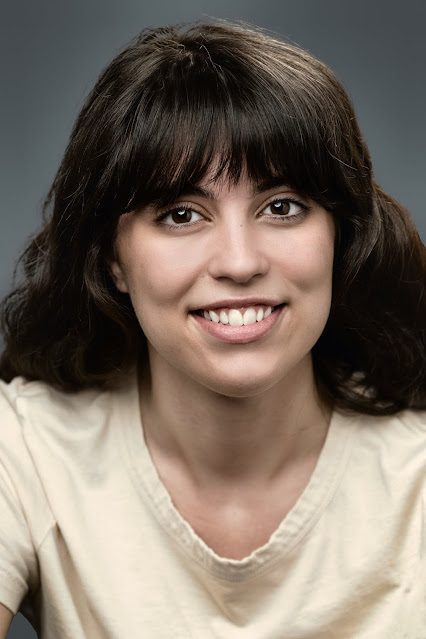 I did all of my initial post processing in PhotoShop. Most of the stuff I did was small tweaks and a bit of skin smoothing. You really can't lean on tools like "liquify" to change facial contours and enlarge eyes as the folks who cast and hire talent was to see the reality of the person they are considering, not an extensively retouched and reconfigured fiction of the person. When I completed my post processing in PhotoShop I opened the keepers in Luminar and applied several different LUTs just to see how they would affect the images. The LUTs in the Luminar color menu are much like Lightroom presets but I do like a fair number of the looks supplied. My three favorites are: "Grace" "Genius" and "Manhattan." The first two are a little cooler and softer while Manhattan is warmer and a bit contrastier.

Out of the 350+ .DNG files I shot my friend and his daughter were kind and only selected six finalists for me to enhance.

I posted these to show a different style of portraiture than that which I showed of Catie, the fine art painter, last week.

I really like the look of the Leica files. I can see that the SL2 has more dynamic range than the SL but in a studio setting, photographing people, that's not a big deal. Sometimes the more limited DR adds a bit more pop to a photograph that might be lit too flat in the first place. Both do flesh tone colors very, very well.

Hope you are having a wonderful day.