New Lens Arrives in the Studio Just in Time for the Grape Harvest. 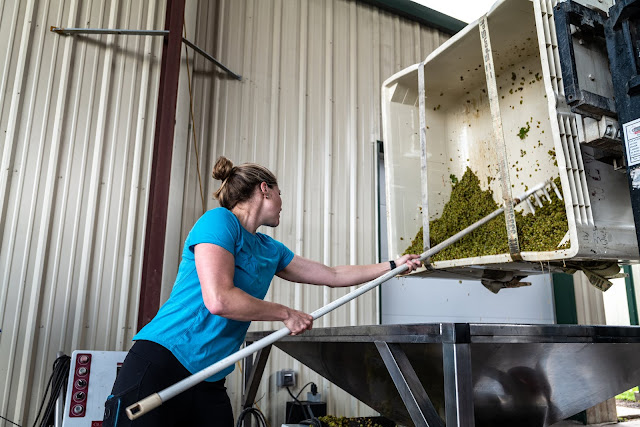 Pulling the grapes into the hopper slowly so as not to overwhelm the transmission
pipe into the crusher. Did not know there is actually a special tool for this...
I spent today out in Kerrville, Texas at a winery. Today they were bringing in grapes, crushing them and filling giant tanks with the resulting juice. It's hard work but the wine isn't going to make itself.
I bought a new lens for the L mount system yesterday. It's the Leica Vario-Elmarit 24-90mm f2.8-4.0. It's big and heavy but it's reputed to be a superb performer. Today was my first day to shoot with it. It's the only lens I used. It was on the Leica SL2 and it made for a very nice combination. Sharp wide open, fast to focus, and contrasty too. I'll know more when I've had more chances to shoot a wider variety of subject matter. I'll be using this camera and lens combination all day Saturday as I document the actual harvest of grapes from the vines at a neighboring winery. We're almost done with the big Texas wine project and so far I'm happy with almost everything I've shot. We'll debrief that one later.... 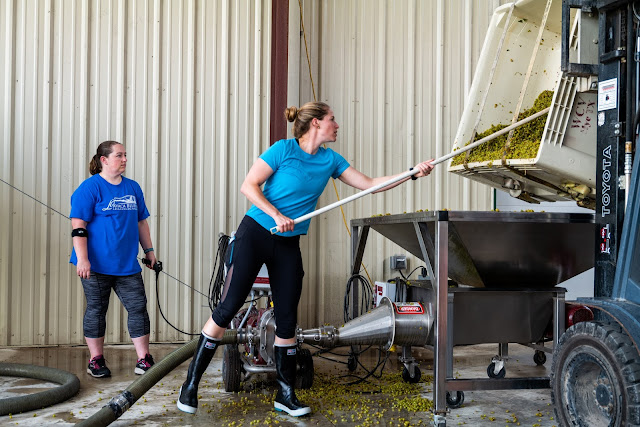 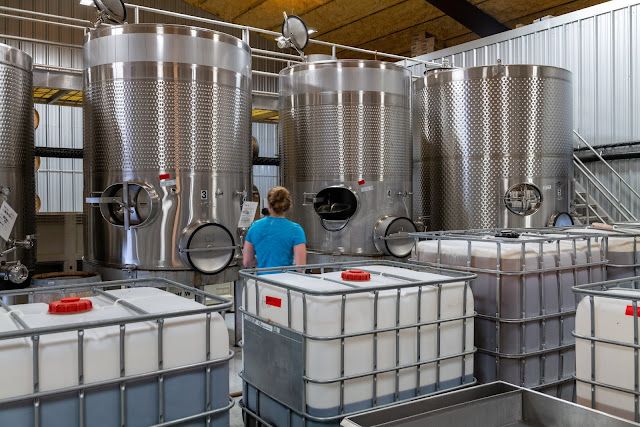 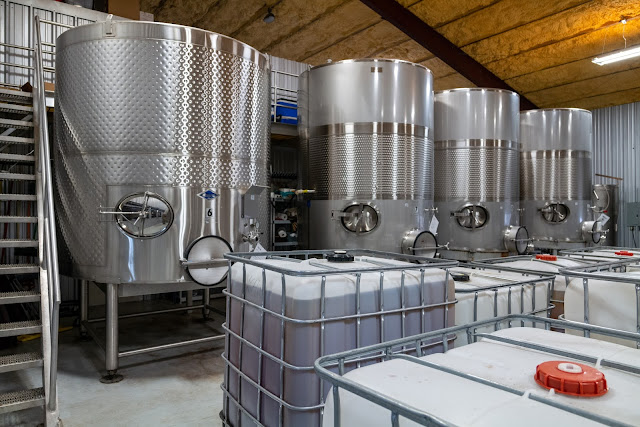 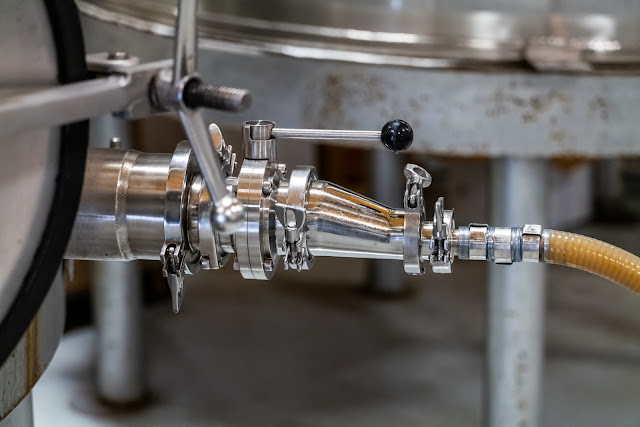 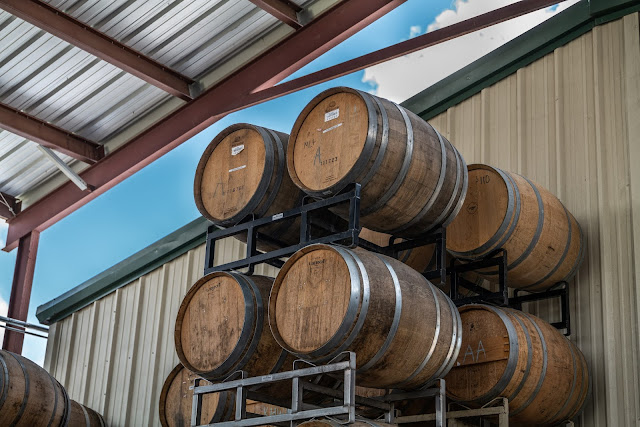 I was experimenting to see if I could bridge the gap between an area covered completely by a tin roof and the bright sky in the background. It's at least a five; maybe six, stop difference between the
barrels and the sky. The only thing I lost was detail in the clouds. Not bad. 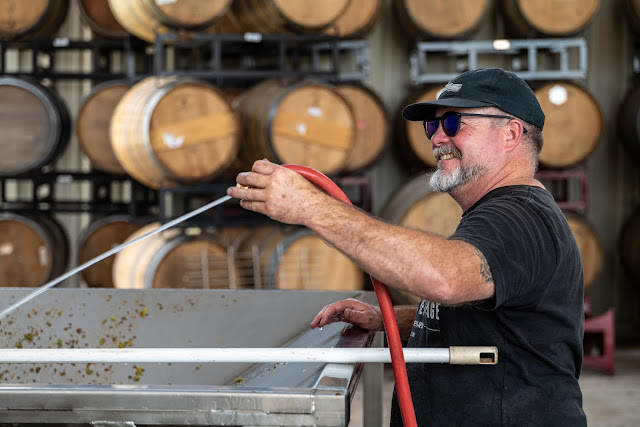 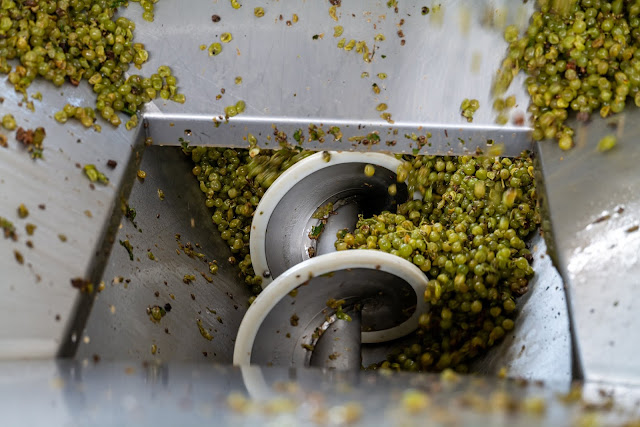 This impeller delivers the grapes to the crusher.
Hand adjustments while operating are
contraindicated. 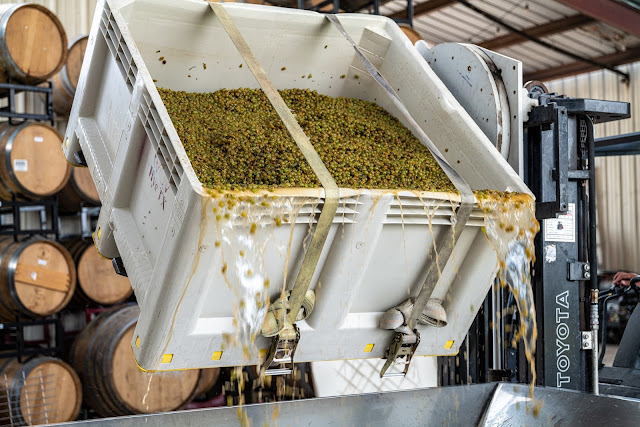 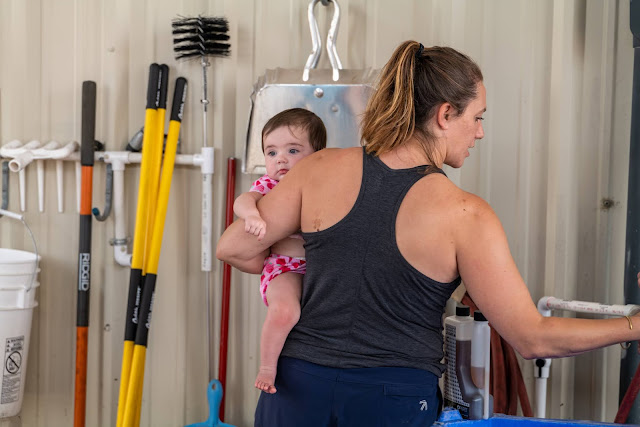 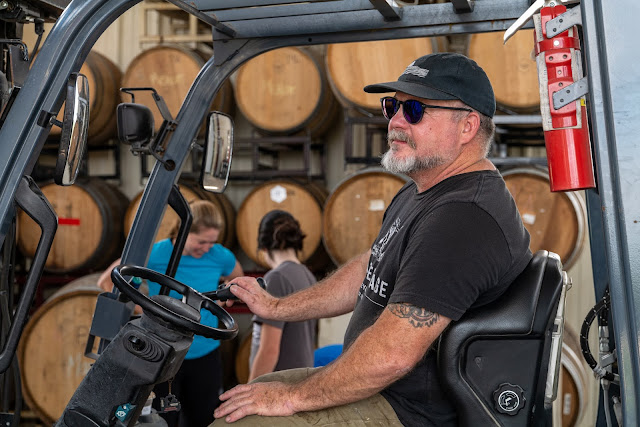