The iPhone 13 Pro is the final, critical piece in phone photography's near total dominance of the camera market. Not a satire. 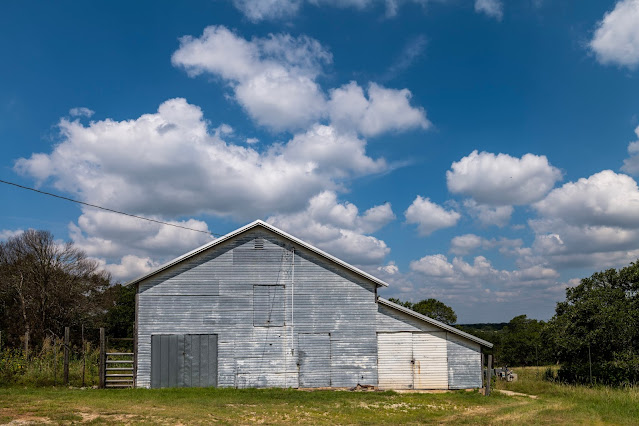 Early on, in the first years of Apple's iPhones, I was a skeptic and thought we'd never hit a point at which the vast, vast, vast majority of camera users would not only find a phone camera to be acceptable for serious daily work but would also prefer using a phone to using even the finest and most fully equipped, standalone camera. But that's where we are right now. Today.

For me the tide started to turn with the introduction of the Apple 10 (X) cameras. I bought an iPhone XR and even though that phone camera is limited to a one lens camera it has proven itself as good in many video shooting situations as the best hybrid cameras (which with their lenses cost four or five times more!). I skipped the next two iterations of iPhones because I felt certain that the next tipping point would come with the inclusion of a good, longer tele focal length. That just happened on the Apple iPhone 13 and 13 Pro.

After I played with the XR for a while I added a few things to the package to make it even more useful. Things like Filmic Pro video software and also an app more aimed at photography; Halide. On the hardware front I added a phone gimbal for shooting moving video. Over time that phone has progressed up the ladder of usability to match most cameras for video and casual photography for me. The one step I looked for was the lens and now both models of the Pro 13 lines have the same capability. One no longer has to buy the larger "Max" version to get the lens and camera performance potential at the current state of the art.

While hardware and firmware, as evidenced in the new line of iPhones, has progressed both rapidly and steadily so has widespread professional acceptance of the content being generated. It's not a race for equivalency, it's a race to replace one form of imaging as the dominant and historic style with a newer and highly accessible, even more kinetic style of imaging. And one that is very accessible to the masses in middle class and wealthy countries around the world.

Photography as I practiced it ten, twenty and thirty years ago is pretty much dead now. Frequent shows of prints in galleries, and print sales to individuals seem absolutely passé. In the days of pension funds and three martini lunches nearly everyone got their doses of photography from printed magazines like Life, Look, National Geographic, Vogue, etc. We had a de facto standard to aim for.  Most magazines are now either gone or reduced in their reach and demographic. Almost everyone is accessing photography via their phone screens, iPads, Laptops, and, for us older users, our desktop computers. Even outdoor media which used to be the final argument for high resolution cameras have ceded the battlefield to large, bright video screens.

You may think, when watching some of the promo video footage from Apple that it's all just propaganda and advertising, and that all filmmakers and video producers are using twenty thousand dollar lenses on one hundred thousand dollar cameras to shoot their projects. I have some insight into those fields by dint of having friends who make feature films and others who make corporate videos and commercials. Yes, maybe the top tenth of one percent of feature movies are done with heroic and pricy gear. The next tier down, say a competent Netflix original series, might use Canon C300ii cameras or something similar, but a fair number are being done on smaller and cheaper video cameras (Panasonic S1H) and many, many times the b-roll scenes, drone shot scenes and much more were already being shot on various vintages of iPhones. The revolution has been happening in the background for the last eight or so years.

Why is the 13 Pro another major inflection point? There are a lot of reasons. Mostly because the image quality has become so good. Another reason is the almost transparent ease of use. The ability to override consumer interfaces and install professional controls. The almost universal familiarity with the interface.  For an extremely potent and easy to use content camera the phones are dirt cheap. If the drone hits the lake you might have to write off a phone but given it's water resistance ratings you'll probably be okay if you salvage the camera quickly and don't let it sink more than five or six feet. At the thousand dollar price point they become both replaceable and, on the other hand, the pricing makes it easy to use multiple phones simultaneously to capture various P.O.V.s and as "crash cams." With the latest version the screens are better, the refresh rates are better, the colors are better and the processing is better (best).  Add to all this the ability to share files anywhere and almost instantaneously.

These will be the first phone cameras to make use of ProRes raw codecs for video recording. This is huge for professional editors. The 4K ProRes codec  is the coin of the realm in professional video. Added to all this is the fact that the new iPhone 13s are computational powerhouses. Already things like video refocus and computational focus pulls from the cinematic mode are features that are currently undoable with other cameras. All other cameras.

But I get that most of you don't really care about any camera's video capabilities. If you buy a camera only to shoot still images and text your spouse why should you care? But even seen just as still photography cameras the new phones are awesome. The same computational capabilities means you can control the look and feel of each frame to a much greater extent. With new lenses, new sensors and new on chip focusing the only thing the new cameras give up to our regular cameras are pixel size ( which could mean more noise....unless you are shooting static subjects and then the camera will use its computer power to sample many multiple frames and through out noise on the fly) and total resolution. Oh, an lens interchangeability.

For the few of you who still print seriously the higher pixel count of dedicated cameras will probably still make a big difference. For everyone else? Not so much. Why? Because the vast, vast, overwhelming majority of the images generated from now, and into the future, will be targeted to iPhone screens, iPad screens and computer screens. Currently, anything higher than 8 to 12 megapixels will basically have information tossed in the garbage cans of compression and dynamic resizing.

It was the moment after I saw the final Apple presentation that I knew my predictions about photography were right. Images are now a consumable and not a physical collectible, object. Cameras have superseded photography as "the" hobby. So we long time practitioners will find it hard to give up the pursuit of gear. For artists who just want to capture the images they need the phone is the tool they will want.

Yep. I'll be first in line to pre-order a 13 Pro (not the Pro Max --- the only difference this time is screen size and battery life). This time around I'll opt for the 512 GB version so I can record lots and lots of 4K ProRes footage. Not for "A" camera interview footage but for cutaways, b-roll, establishing footage and documentary reportage that does not require high production quality sound (although easy enough to do with a separate recorder...).

And when I finish a production I'll stick the "camera" in my trouser pocket and walk away.

Does this mean we're going into a full on "cult adaptation" mode with the phone? Naw. I'll keep the Leicas and the pricy lenses around for all those times when I get nostalgic or when I want to make a big print just to prove to myself I can still do it. But for a quick shot of ...... just about anything, anywhere, I'll probably just pull out the phone. Even if the big camera is hanging off my shoulder on a strap.

You'll likely think of all kinds of reasons why I am misguided, wrong, delusional, too trendy, too quick to try new stuff, have no respect for tradition, or whatever your label might be. You can take pot shots at the messenger but it won't change the fast moving, glacial momentum paradigm in photography.

We're all amateurs now. We're all destined to be phone camera shooters. But as hobbyists we can, of course, retain the right to shoot with whatever we want. Wet Plate cameras, medium format film cameras, 4x5 film cameras, big Sonys, fast Canons, stately Leicas. But when it all gets crunched down onto a screen we'll probably all be wishing we'd left the big cameras at home and just brought along one of the new phones....

Now to find the right Domke strap for my new phone.....