Take the guts out of a Panasonic S5. Put them in one of your insanely beautiful, minimalist bodies that are carved out of aluminum, platinum and white gold alloy. Upgrade the glass stack over the sensor so you have something that works well with wide angle M glass as well as all L mount lenses. Add in your processor level camera science. Make the EVF gorgeous. Keep the size difference between this camera and the SL models in the same relation as Panasonic does vis-a-vis the S1 and the S5. Drop it into the market for $4,000. 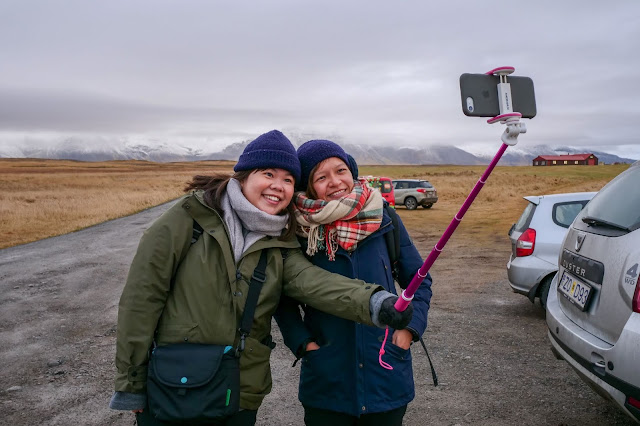 How did the technology work out yesterday? But more fun....how did the camera, lens and flash work out? 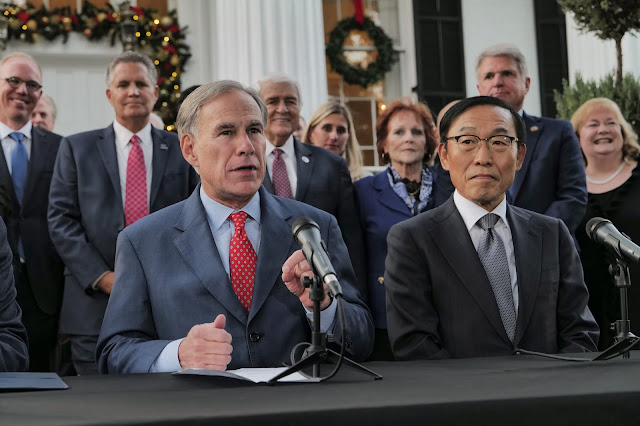 The weathered, old, black canvas Domke bag felt heavy when I hefted it from the back seat of my car. I'd brought along what I figured was just enough stuff to do the kind of job I was headed for well. A bit of redundancy but not much. By the standards of past projects I was traveling light. But really, it's the cumulative mileage that takes a toll.

I parked about a block and a half from the Governor's Mansion which sits right across from the state capitol building. I hiked the camera bag up onto my shoulder, stuck my vaccine card, my car keys and my face mask in my jacket pocket and headed over. I was early and security around the mansion was quite heavy. Times have changed. The last time I was in the mansion was when George Bush was governor. That was a long time ago.

In those days security was just a DPS Trooper at the front gate. Now there's an entire team of people, walking the grounds with automatic weapons. A grim reminder that life and politics has gotten meaner.

I waited outside the gate, in front of the guard house until our group of Samsung executives gathered and then we went through the security system together. Drivers licenses or passport checked against a vetted list of entrants. We were required to turn on computers and cameras to show that they were legit. All camera bags and such pushed through the x-ray machine; all under the stern watch of hard security men. Not the kind of location you get to leisurely scout beforehand.

My cameras and I were here at 4:00 p.m. on Tuesday afternoon to record a big announcement made by our governor and some top executives from Samsung. The company had committed to building and running a $17 billion dollar semiconductor plant in nearby Taylor, Texas. At $17,000,000,000 it would be the most ambitious facility of its kind in the world. And the most expensive. It was big news in central Texas.

There was a press conference outside on the mansion's grounds, but there were also meetings between the politicians who had moved the project through all the pitfalls and speed bumps along the way and the corporate officers. U.S. Representative Mike McCaul and Senator John Cornyn joined Gov. Greg Abbott and many local officials in welcoming the folks from Samsung and I was there to document each minute. Each handshake. Etc.

It was fun. I hadn't done a newsy event like this one in several years. I was nervous before we got started. The biggest source of worry was the tight schedule to turn around files. We needed five or six selected files for immediate posting and the client wanted the rest of the images turned around and uploaded as quickly as possible. I like working with a time buffer but that wouldn't apply for this one. In fact, as the event progressed there was more pressure to deliver the bulk of images quicker.

I took along a Leica SL2 as my primary camera and the 24-90mm f2.8-4.0 as my primary lens. I also brought along an SL and the Panasonic 24-105mm zoom as back-up gear for that essential peace of mind that comes from being over prepared. I packed two identical flashes as well. The thing that pushed up the overall weight I carried was the addition of a 13 inch laptop.

For all the interior photography I was able to use the camera with flash. The mansion had white ceilings throughout and I was able to bounce the flash off the ceiling and get a very pleasing and consistent overall light source. I found an exposure combination that brought up a bit of the ambient light in the background as well. I have to say that the files looked gorgeous. All shot as medium size, highest quality Jpegs (24 megapixels) and all shot at ISO 800. The flash was mostly set at 1/8th power but I would judge the distance of the primary subjects to the camera position and add or subtract flash power as needed. I worked with the flash in a totally manual mode which is much more consistent, in my experience, than flash done with TTL and as a bonus there are none of the annoying pre-flashes that invariably lead to people blinking or thinking that the pre-flashes are the main event. Manual flash rocks. Out of 450 frames fewer than 10 varied by more than two thirds of stop in either direction. As a bonus, the in camera downsampling from 47 megapixels to 24 megapixels made the files appear noise free at ISO 800.

After the public event the corporate executives and their counterparts in government walked down the street to a nice restaurant where they had reserved a set of large rooms for a reception. When I got there one of the corporate P.R. people from Korea was very anxious to see and acquire the images I'd shot as quickly as possible. I had been shooting with two memory cards in the camera so I pulled out the card from the second card slot, put it in a USB 3 card reader and transferred all of the files to my MacBook Pro and then to a USB 3 memory stick. The whole process took less than five minutes.

That person whipped out a much bigger laptop and starting digging through the files for immediate uploads to their system. She was joined by another person from marketing who helped narrow down the take. As soon as they had the images archived they handed the memory stick to their American counterpart which fulfilled my biggest obligation = the immediate delivery of all files.

But we also needed to send five or six images to the third party P.R. folks. I headed out into a quiet hallway and fired up my phone and started bluetooth on the camera. They paired via the Leica Fotos app almost instantly and presented a gallery of thumbnails from which to choose final files. I had talked through what deliverables the P.R. people wanted and quickly found those files and sent 10 megabyte copies via e-mail. The process was very quick and very straightforward. But most importantly, the post processing and delivery was completed before I headed out the door for home.

Several people here mentioned doing post production on a laptop or in Lightroom on the phone but I found that with consistent flash exposures and by paying attention to white balance none of the files I selected required any intervention. They were sent SOOC (straight out of camera).

A quick note about the camera and lens. The 24-90mm focal range is perfect for fast moving events that require high quality files. Even though contrast detect AF gets a bad rap I never had an issue with the camera and lens locking focus --- even in a dimly lit reception room. And that's without using AF assist lights, etc. Using single point AF and selecting the right target made autofocusing as good as any I've used over the years. And I've used most. The camera never missed a beat and the flesh tones were some of the best I've seen in a Jpeg file.

After a congratulatory toast I waved goodbye and headed back to my car. I was home in time for dinner.

And yes, when I talk about cameras and lenses you can be pretty sure I've shot them under real "real world" conditions. Under tight deadlines, for large clients and with all the attendant stress implied. We're not just shooting test targets in the basement. In Texas we don't even have basements.... 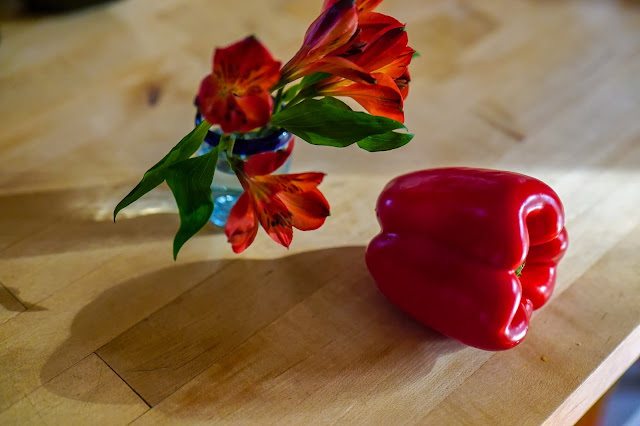 There are a lot of reasons for companies to want photographers sign NDAs. They may be launching a new product and be adamant that it not leak onto the market until they are ready to go. A number of years ago I got a call from a trade magazine for electrical engineers (IEEE) and was asked to shoot a photo of the first multicore processor wafer from IBM. They were three months from their public unveiling and they took the whole idea of information control very seriously. I had to photograph the wafer at their offices and then do the post processing work there as well. I signed an NDA because it made sense. It was a huge launch into a highly competitive sector.

But last week I got an e-mail from an ad agency and they asked me to sign an NDA as a requirement for bidding on a job. That was a first, for me. I was curious so I agreed, they sent, I signed and then waited for the details of the project so I could make an accurate bid.

I don't know why they bothered with the NDA. When the brief arrived in my e-mail there was no mention of the client's name and only a cursory mention of the (very broad) market segment involved. Then I started reading through. The brief went something like this:

Deliverables: TBD (To Be Determined)

The dates were vague and just about anything I could use to make a bid on was missing or, labeled with our good friend: TBD

In the end I sent them back a note asking them to get back in touch with me when and if they ever got their details figured out. For the life of me, I can't understand why they went to all the trouble to protect themselves from information leakage when they didn't even know what the fuck they were going to do in the first place. Pretty hard to accidentally share information when it doesn't exist.

A different client called on Friday last week and hired me for an event this week. It's a big deal. A huge announcement.  I can see why they are keeping the details close to the vest right now. There was a glancing mention of putting an NDA in front of me but it never materialized. Instead, my client of many years just said:

"We need you to keep this under your hat until....xxxxx, okay?" Mutual trust. No time wasted. No TBDs.