Living the good life for a morning. Not being particularly productive. 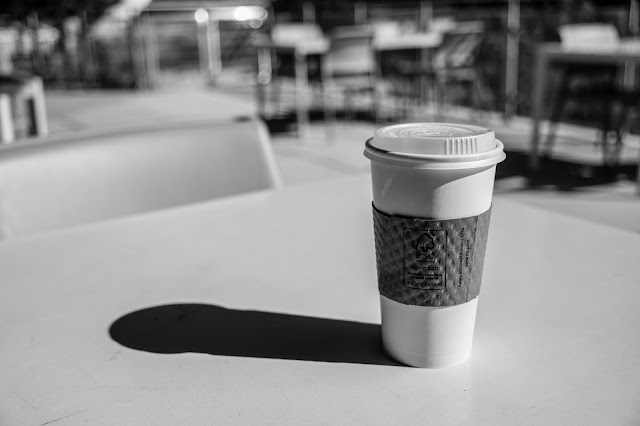 All the work that came into the business in November and December has scampered through the post production and delivery processes. All the invoices have been sent. All the long meetings with the CPA are over and we've pretty much closed the books on 2021.
By way of celebration I decided to live life as a carefree billionaire today and do whatever the heck I wanted. After a long walk with B this morning I grabbed the book I've been reading, picked out a suitable billionaire camera and drove my pristine automobile downtown, ending up at the public library.
I did not go into the library, instead my  destination was the CookBook Cafe and Bar which is situated in a corner of the rambling and ugly post modern building which is mostly the library. The cafe recently re-opened and I discovered that their coffee and some of their savory breakfast pastries were very good. I grabbed a coffee and an egg, cheese and bacon, openfaced, brioche and headed outside to sit in the shade on the expansive patio.
The patio looks over the "Butterfly Bridge" which is a constant subject in my "walk" photos. The library is just across Shoal Creek from the giant "Sail" building as well. From my perch at the shaded table I could read, pause between chapters to watch life unfold in front of me, and then dive back into my book.
It was sunny this morning. The skies were richly blue. There was a slight breeze and the temperature was somewhere near (or exactly) 68° Fahrenheit. I spent the better part of an hour just sitting quietly, sipping coffee and reading. No schedule. No agenda. No list of errands or chores. Just pure, indulgent relaxation.
I have my gift shopping done. I'm halfway through the tedious process of wrapping stuff. It's my turn tonight to cook dinner and I've already devised a good plan. If this is how billionaires live I have to say that it's pretty freakin boring. But it is relaxing. 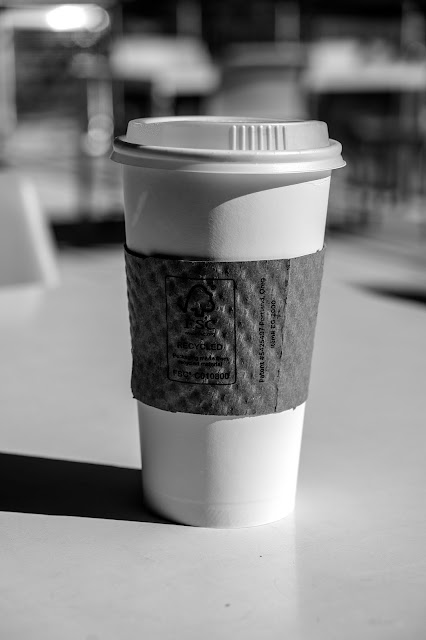 I am happy with the black and white files I get out of the Leica TL2.
As you may have guessed, it's my primary project camera for the
holiday times. I'm taking it absolutely everywhere.
I finally understand the menu and the control interface.
Beguiling but now more fun. It only took dozens of hours for me to master...
I don't know if that says more about me or the menus.  ?
Posted by Kirk Tuck, Photographer/Writer at 14:39 9 comments:

What I'm reading (and enjoying) right now. Well, in between writing blog posts and walking around with a camera... 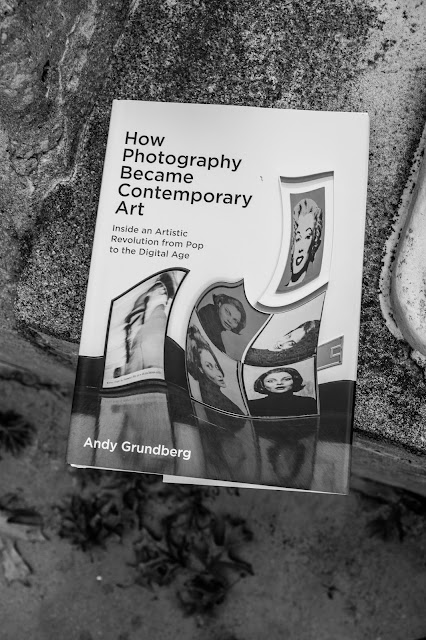 I don't remember how this 300 page, hardcover book by famous NYT photo critic and writer, Andy Grundberg first got on my radar but when I found Amazon offering the book for $7.95 I ordered it on the spot. I had always enjoyed Mr. Grundberg's writing even when I disagreed with his point of view. Even more amazing to me was that Amazon delivered it for free the next day. So much for the hysteria about shipping logistic nightmares for the holidays.

The book is NOT an encyclopedic look at the usual pantheon of photographers in the late 20th century, rather it is a work devoted to understanding how photography went from the red-haired stepchild of the art world to being the single most important component of the art industry now, in the digital age. How did photography pierce the protective membrane of traditional art, make its way into museums and galleries and then, like an invasive species of killer fish, make the transition from servant to king?

It's also a good primer on the evolution of modern art from the late 1950's to now; at least if you are mostly interested in "art" as it is practiced in north America.

I really like Mr. Grundberg's writing style; his voice. But, by way of disclaimer, you should know that I'm only just a third of the way through the book. That being said I already feel as though I've gotten my money's worth from my impulse investment. He connects dots in a very interesting way and really illuminates how photography snuck into the art mainstream via a "Trojan Horse" tactic of becoming a vital part of the overall presentation of Conceptual Art, Minimalist Art, Construction Art, Performance Art, etc. Why? Because most of these schools of art were/are largely conceptual and mostly ephemeral and the only continuity with future audiences was by way of the photo (or video) documentation of the work. Those Christo building wraps didn't hang around forever...  The photographs were the "souvenir" of the performance or creation. I never realized how important those connections were in making photography legitimate in the eyes of the "Big A" art world. They also provided collectors with something tangible to...collect.

There's an new evolutionary step written about in each successive chapter and all the chapters are as short as a good, long blog post. I think the book should be required reading for anyone who wants to pontificate loud and long about the history of photography's transition to fine art in earnest.

Note: The cover of the book is in color. My camera was not. Mr. Grundberg's detailed narrative (and it is in some spots biographical --- he was in the middle of a lot of the history) is a good fireplace and quiet evening read, for sure.

When I finish devouring the book maybe my own written content will become lofty and elegant; well informed. But I don't think so....

Additional logistics note: While I was agonizing over every word I'd written in the post above, and doing re-write after re-write; revision after revision, a UPS driver arrived at the front door and delivered a small but exquisitely well done cardboard box. It was a battery I ordered from the Leica Store in Miami. It was delivered not only a full day earlier than promised but...it was also delivered hours before the scheduled timeframe on the UPS website.

The box contained a battery. The battery is for my newly acquired TL2. It's insanely expensive. It's the universe's way of punishing the more careless camera buyers.