I've been revisiting a classic lens. Introduced in 2012 and partially responsible for a sea change in lens design. 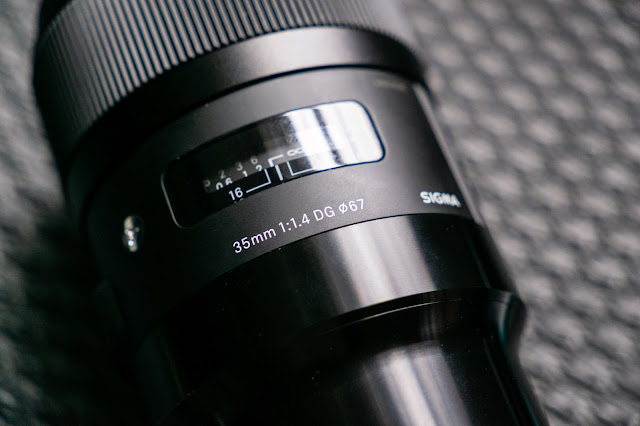 In 2012 Sigma launched a lens in the very new (at the time) "Art" series of lenses which I think pushed lens design and buyer assumptions in a new direction. The lens was the Sigma 35mm f1.4 DG lens. Made initially for Nikon and Canon mount cameras the line evolved to also include the Sony and L mount cameras. The premise was Sigma had designed single focal length lenses with no optical design compromises. That, at least in a large part of the frame, the Art Series lenses could be used, without image degradation, even at their full apertures.
The 35mm was followed quickly by other popular focal lengths and this line of lenses transformed user opinions about third party lens brands. In fact, the 35mm f1.4 lens pretty much held the crown for best 35mm performer for mirrorless cameras right up until it was eclipsed by the f1.2 version from the same maker. Leica introduced an Apo 35mm f2.0 after the Sigma and while it may be the best lens Leica has made for their SL system cameras it's just a shade or two better than the Sigma but at five or six times the cost. And, of course, the Leica lens is only available in the L mount. The Sigma is useful to photographers across brands.
Last year Sigma issued a re-imagined version of the 2012 version but it's been met with mixed reviews. Some reviewers found that the new lens lacks the sharpness, wide open, that the older version delivered at the closest focusing distances. But for m the downgrade change comes in the focusing area. While the new lens might (might) focus more quickly and with less hunting it has become a completely fly by wire instrument for manual focusing. The original version had a true, physical, manual focusing system complete with a distance scale under a little window on the barrel of the lens. Surprisingly, the new lens is not a lot more compact or lightweight than the older version.
I have a suspicion that there are two different markets for the two different lenses and those who want or need manual focusing will continue to choose the old classic over the newcomer.
The lens uses 13 elements in 11 groups and five of the elements are special glass types. The lens is fairly hefty at 1.6 pounds but it's easy to handle on the right sized camera.
I recently used it for a personal project and the fit, finish and performance all came back to me. A bit of a surprise. It was even better than I remember it. Of course I wish is was half the size and half the weight but I'll take the compromise at hand if that's the only way to get the kind of performance the lens delivers. While it was good on 24 megapixel cameras it's even better on the 47 megapixel SL2.
I traded in this particular lens a while back. I thought my "kit" weighed too much and that this lens was overshadowed by the good performance I was getting from both the new zooms I was playing with and also the Zeiss 35mm f2.0 ZF lens I was using with an adapter. The lens languished on a shelf at the store for a couple of months and I finally bought it back from the store. I have no intention of letting go of it again. Not anytime soon. It just flat out delivers what I want. It makes my L system more capable. And, with a tack sharp core, even when used wide open, it delivers a look that's hard to duplicate otherwise. 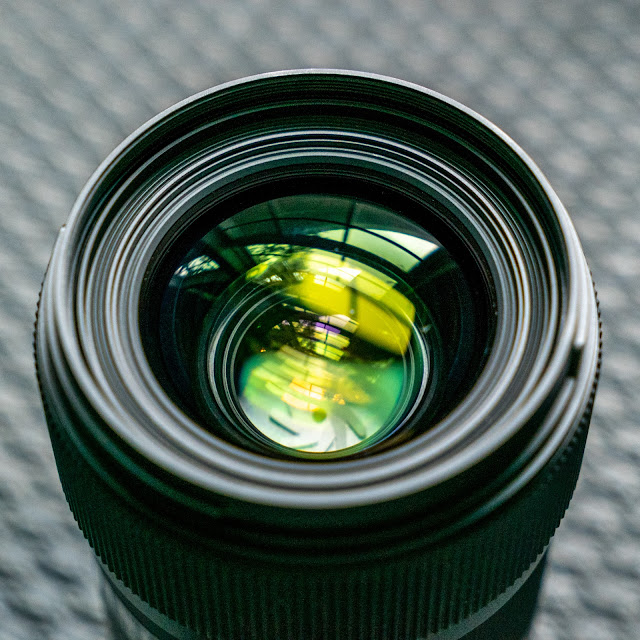 Like most products the new version gets all the press and seems to be the lens that most people think they want. As a result the price of this older lens has fallen a bit. I think the fact that Sigma offers them both, concurrently, makes a big enough statement of their respect for the work they did getting this one to market. I like it.

Finally, I think the acceptance of bigger and heavier (and faster) lenses like the ones in the 2012 Sigma Art series catalog changed photographers' understanding of just how much performance could be incorporated when lenses were made large and heavy enough to support the optics of a new generation. Many have opted to accept the compromise of size and weight if the trade off means higher performance.

We've seen lenses from Sigma's competitors grow in size as well. I like the performance characteristics for lots of subject matter but I also keep a collection of smaller, lighter, older lenses around for those times when portable and comfortable outweigh ultimate optical performance. Everything is a trade-off. Sometimes small and light can be better.

Such a pleasant holiday. I had the wrong lens on my camera but didn't seem to care.... 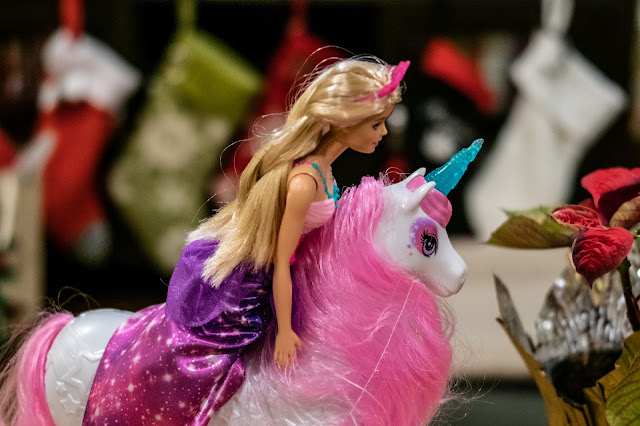 What would the Holidays be without Barbie riding a Unicorn?
We had such a lovely and mellow day for Christmas. It started as most days do; a walk through the surrounding hills with B. We opened gifts. No one went overboard. No big surprises. I resisted the temptation to make a huge, last minute, self-indulgent purchase for myself and felt good for it.
I made cinnamon rolls and scrambled eggs for breakfast. We usually eat more healthfully but we're all in for a holiday splurge. In fact, where food was involved the whole day was a splurge. I'll be swimming off these calories for the rest of the week...
After a lazy afternoon we gathered up gifts and our share of dinner and headed to San Antonio. Unable to shake my Germanic heritage we arrived in San Antonio about 45 minutes too early. I'm sure I was just taking into consideration possible holiday traffic but, nevertheless, it's not right to arrive for a festive dinner almost an hour early. B. reinforced this idea with me. Strongly. So we drove over to our favorite S.A. museum, The McNay, and spent some time walking around the grounds, looking at the sculpture gardens and watching the sky transform into one of the most impressive light shows nature has gifted me with in years. While the (too long) 45mm lens on my TL2 didn't capture the full glory of the kaleidoscopic magic unfolding in front of me the camera and I did make a valiant effort. If only I had packed the 17mm...
Our evening celebration paid homage to B's cultural heritage with many different kinds of tamales, pinto beans, Mexican rice, various salsas, and freshly made guacamole. We veered from the traditional menu with appetizers of bacon wrapped shrimp and French Bordeaux wine. Sadly, I was restricted to one glass of a very, very good wine because I was the designated highway pilot for the late evening trip home.
The dinner was capped off with a sumptuous flan and then the exchanging of gifts. B's extended family is not showy or out of control with gift giving. No one stresses about it. Everyone likes whatever they get. It's wonderfully refreshing. Even more refreshing to be part of a family that rarely tangles or becomes anything less than pleasant and kind. No one keeps score.
I was prepared for a busy night on the highway home. In years past the 70 miles between S.A. and Austin featured wall to wall traffic with frustrated tailgaters sprinkled across all three lanes. Last night was different. Traffic was light. There were no delays, no accidents to slow things down.
When we got home I grabbed a glass of Champagne from the fridge and settled into the big couch to speed watch my favorite parts of the movie, National Lampoon's Christmas Vacation. I finally went to bed with a big smile on my face and happiness in my heart. 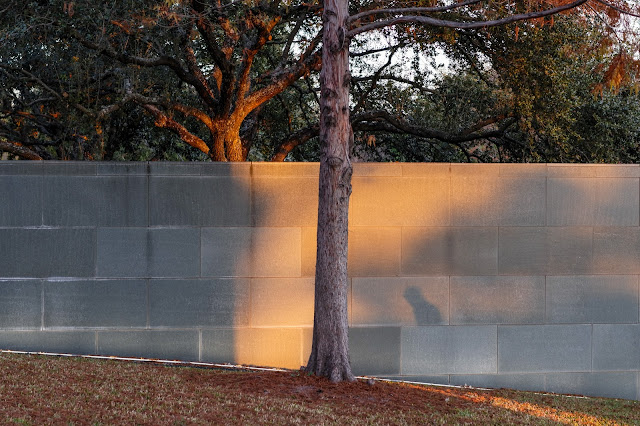 Spending some time at the McNay. 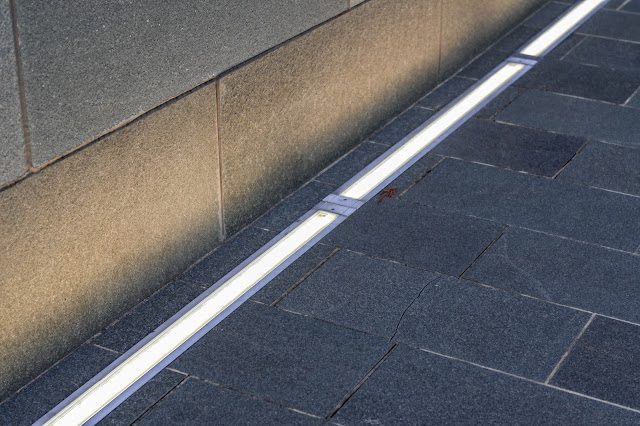 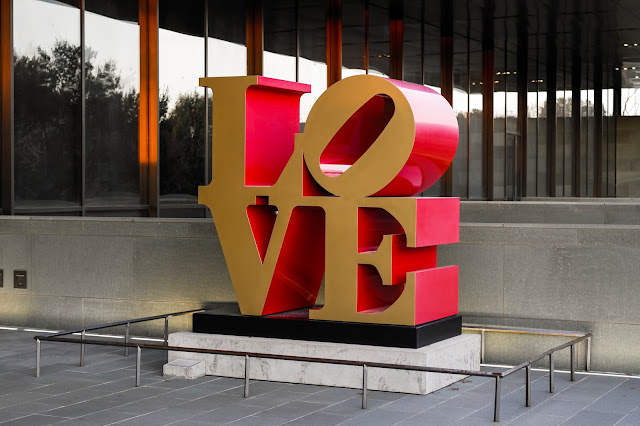 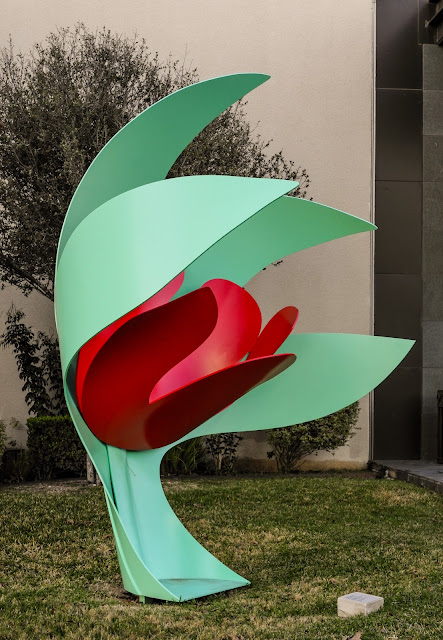 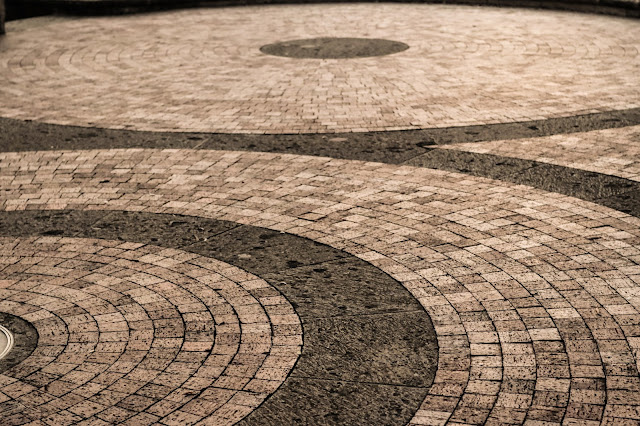 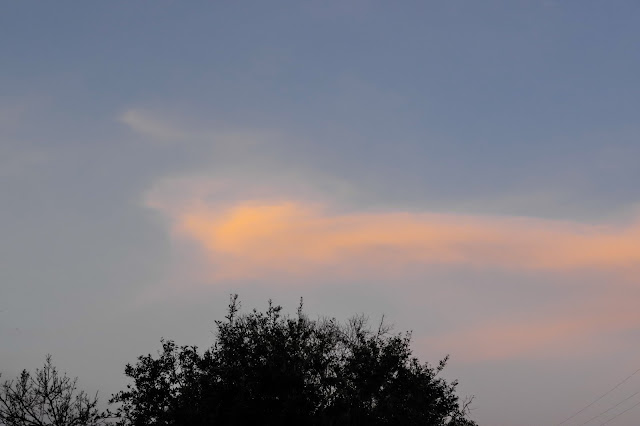 And then the "light show" started. 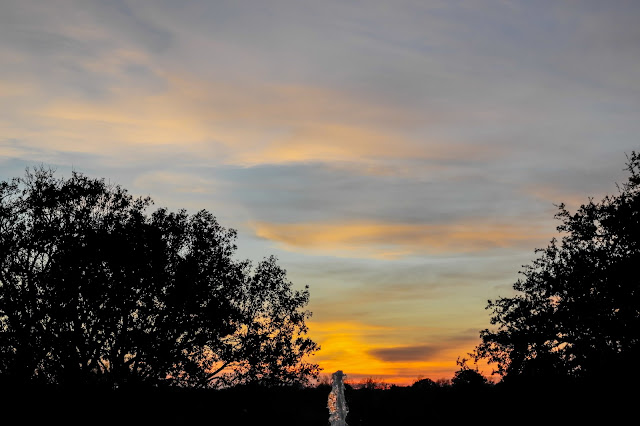 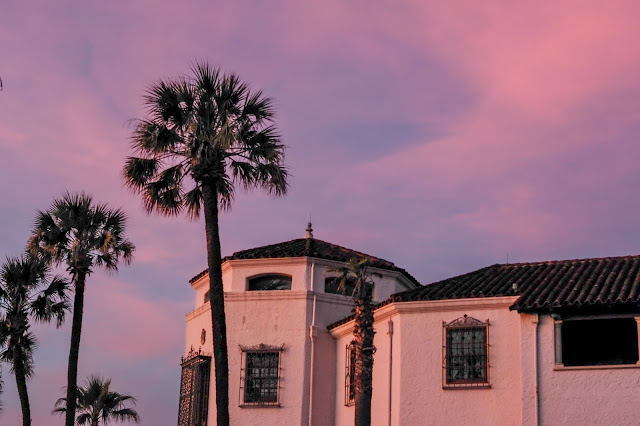 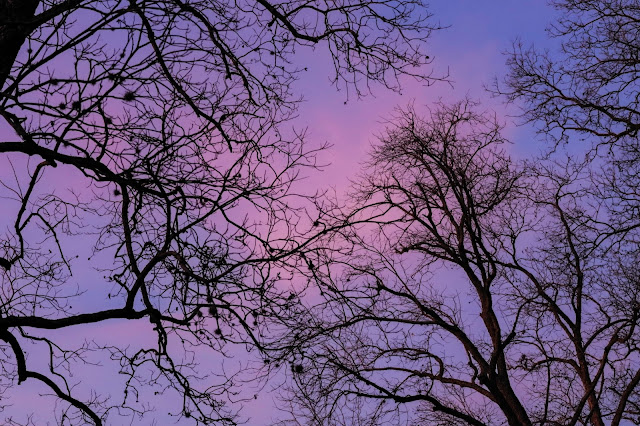 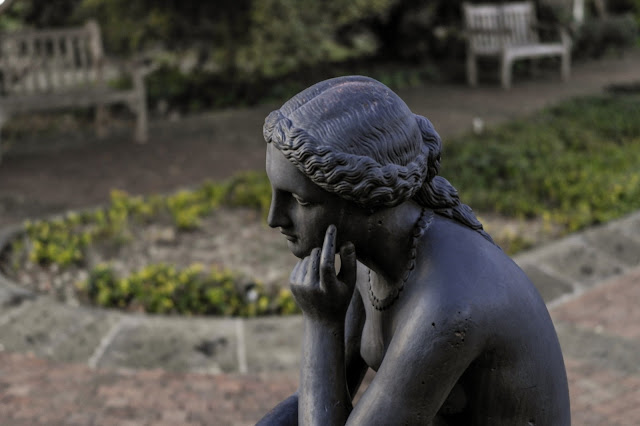 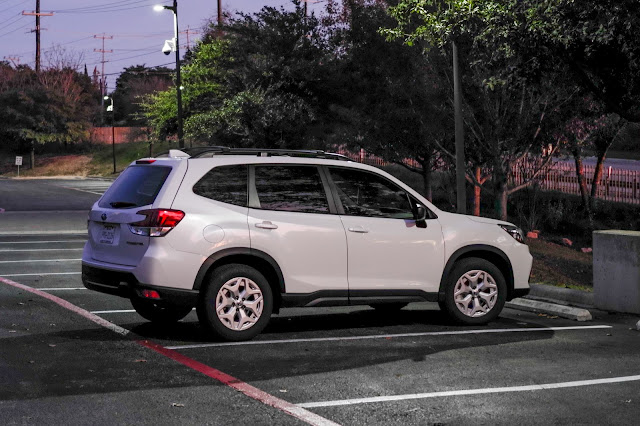 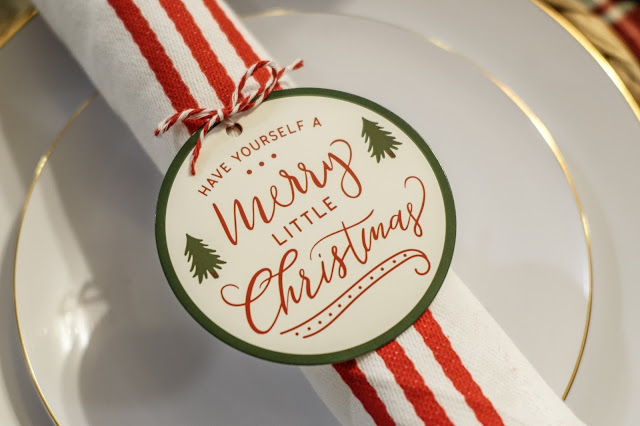