Photography can be a very fun pastime. It's a nice blend of craft and content. Me? I like taking portraits best. 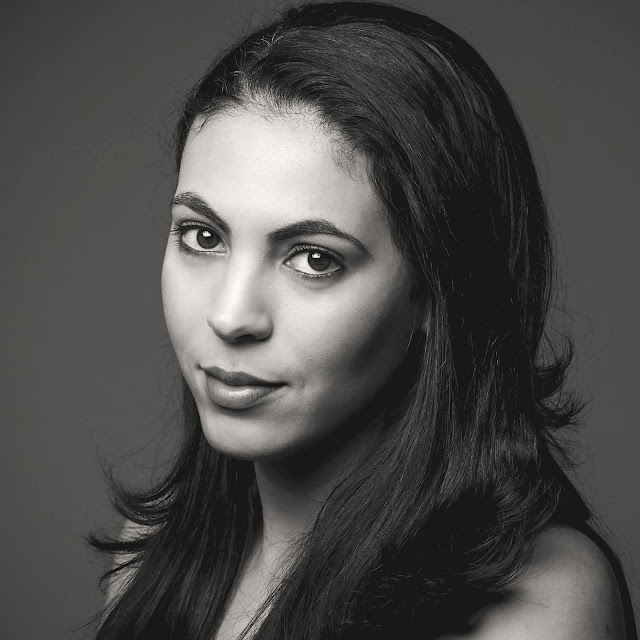 I was trying to wrack my brain to find something somber and forlorn to write about this evening. But B. suggested that I get out of the office and come into the house to watch a movie called, "Ford Versus Ferrari." It was about car racing and the famous race car driver, Ken Mills. It was a well done racing movie. I always like Matt Damon, even when he's trying to pull off a southern accent. After the movie was over I went back through the last 20 years trying to find something that I could leverage for writing drama.

I did have a flight delayed for a few hours during a job in 2018. It was at the Atlanta airport. I had to wait three hours for the actual flight. But I was flying on a corporate job so I got to spend my down time in the Admiral's Club having drinks with the client. And then the airline upgraded me to first class for the trip home, so I guess I'm not going to get much sympathy for that one... I'll keep trying so my loyal readers have something to read that doesn't have to do with the red dot company. I swear.

Or maybe I should just re-tell the actual story of my Delta flight crash-landing in 1995 on the snow covered tarmac, in the middle of a blizzard, in the dead of night in St. Petersburg, Russia. In the middle of February. Not too concerning; none of the cameras or lights were damaged....

I'll keep working on it. But in the meantime....how do you like the portraits? This one was done with a Samsung Galaxy NX camera in NYC. I think the lens was their very, very good 60mm macro. It's a pity the line of cameras didn't make the cut.

Portrait of Dani. Camera and lens brand unrecorded. But I sure like the light.... 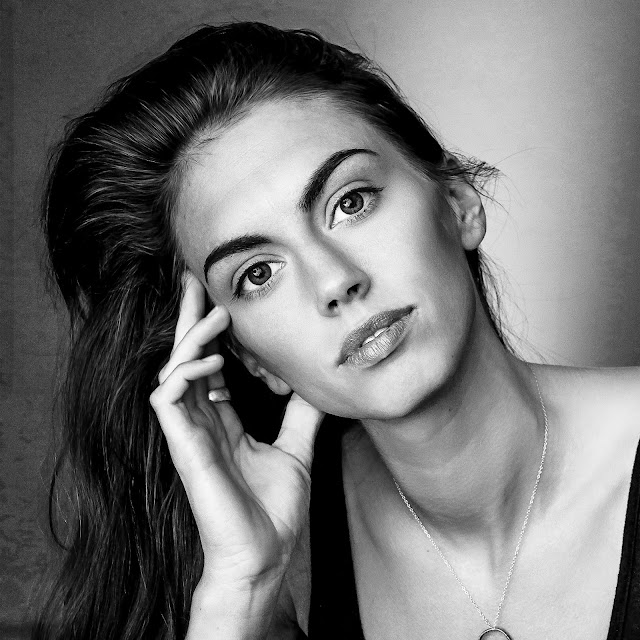 Many years ago I used a Sony a58 camera and some Sony lenses. It seemed to do a good job. At least I liked the photographs just fine.

This was backstage at a fashion show here in Austin. I don't ever condone smoking but the line of the cigarette and the part in her hair made for an interesting continuation of form. I must have found the graphic interesting.

Posted by Kirk Tuck, Photographer/Writer at 16:09 No comments:

At John's (implied) Request We're Taking a Break from Writing about Leicas. At least for this morning. 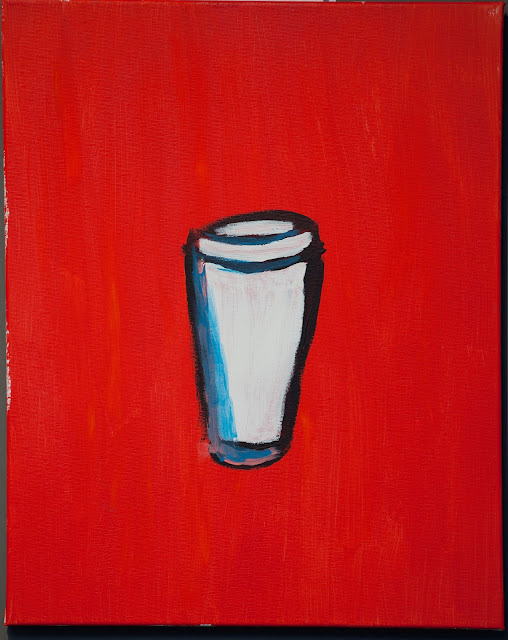 this is my original painting of a "to go" coffee cup. Years ago I had a one person show of my paintings at Trianon Coffee in Westlake Hills, Texas. This was a favorite of the patrons of that outpost of good coffee.

It was Tolstoy who wrote: "All happy families are alike; each unhappy family is unhappy in its own way."

When I sit down to write fiction, or about my life as a photographer, I usually have two thoughts. The first is: "I've been so lucky to have such a wonderful life, complete with a wonderful partner and a kind family. Lucky to have done well in business and especially lucky to have spent those business years immersed in making art."

But my second thought, which follows on the heels of the first is: "If I'd suffered horribly I might have more interesting stuff to write about." And then I quickly beg the gods not to punish me for such a self-destructive thought.

This morning I "moderated?" a comment from John, who has grown somewhat disinterested in the blog since my recent purchase of Leica products. And, rather than taking umbrage or becoming defensive I found myself agreeing with John about the blog.

Not because of the Leica gear but because reading about challenges, problems and their solutions, or narrow escapes from failure, is always more fun and titillating than reading that some old guy bought himself more cool photo stuff and took a walk and played with his cool stuff, had a coffee and then came back home to his nice, comfortable home whereupon he ventured out to his large, attached and very private office to write about his "adventures" on his shiny iMacPro while leafing through yet another folder of images of mostly cosmopolitan comfort and abstraction with which to illustrate posts about his repetitious forays.

I completely agree with John. It's tiresome. But I am cursed with what my wife calls, "An optimistic memory." When I think about the past I remember all the good stuff like exploring castles on the Turkish  coast with my parents and siblings, back in the 1960s. Swimming through the 1970s and beyond. Being asked to teach at UT. Being lured from UT by $$$ to direct an ad agency. Marrying the woman of my dreams. Having a perfect child. Who is now a (mostly) perfect adult. Making decent money making decent photographs. Buying fun cars. Getting bored by fun cars and then having an equal amount of fun buying boring, practical cars. I remember the thrill of months long backpacking trips through Europe in my college years with beautiful girlfriends and endless mornings of swim practice at a private club in my middle age. Of the unbelievable opportunity to be coached by swimmers who won gold at Olympic games. And having ready access to really good coffee all the time, without ever having to scrape together change from a change jar to pay for it.

But the sad truth is that nobody really cares about all the happy moments. It's just not good material to write about. Who cares if a Leica is a good camera or not? What does it matter if someone buys a new lens? Who would ever want to read about how you paid off your house or invested wisely? Nobody.

I'm toying with the idea of creating a completely fictional life in which every moment is fraught with peril and sadness in order to keep my readers interested. But to what end? How will I be able to monetize this dystopian creation so I can at least rationalize the time and effort it might take to become truly miserable enough to be an interesting writer?

I could write about the thrill of racing to the top of Mt. Everest without auxiliary oxygen in order to document a comet exploding in the upper atmosphere but suffering from massive cardiac arrest which I survive by taking some potion that might eventually kill me, while dragging myself back down the mountain on my frostbitten hands and knees. Only to find that the memory card, with the once in a lifetime cosmic event, was hopelessly corrupted and then, because of a horrible contract with shady characters who threaten my loved ones, having to reimburse the clients who sent me in the first place. With interest. Lots of interest. Contract subsequently cancelled via sordid gun play and mayhem. But not before being severely injured in the melee...

Maybe stuff like that will keep people entertained. And there always seems to be good money in writing about run-ins with serial killers and such. And I do like science fiction so there might be an angle about dangerous and uncomfortable space travel or being enslaved, off world, to mine unobtainium on distant asteroids for lizard people who secretly rule the galaxy with iron claws....

I'll think about it. But first I'll jog over to the club for the noon swim practice  on a sunny, sixty degree day in the middle of paradise. And maybe lunch afterwards.  Lots and lots to think about here.

Thanks for the nudge John.