Added on Thursday morning. Before today's portrait assignment:
I have to admit that I was stunned by the performance of this nearly fifty year old lens on one of the latest cameras from Panasonic; the GH5ii. After having used the lens on the original PenFTs and understanding that the focusing accuracy of the ancient and dim finders in those cameras and also using the same lens on the first Olympus EP-X cameras with their low res EVFs and thick sensor filter stacks I'd pretty much thrown in the towel. I figured that it must be something endemic to the lens that limited the performance I was able to get.
My intention yesterday was to give the lens one last shot at redemption but I discovered that it's not the lens that needed redemption it is the supporting technology that needed time to catch up to the 1960s. With the GH5ii and especially with the GH6 we see, in the first case, a much reduced filter stack and either the absence of or the muscular slimming down of the AA filter which should give older lenses a big leg up in edge and corner performance. And looking at the image just below I can see amazing detail I've not seen from this lens before.
Next, both of these new cameras make punching in, or magnifying, the frame in the finder for fine focusing easier than ever before. The magnification is greater and, in combination with state of the art image stabilization in the body the image in the finder stays more stable which also makes manual focusing easier.
In fact, I spent some time focusing with a non-magnified finder and then checking how well I'd been able to hit sharp focus by then punching in to max magnification. This immediately showed me that any self-image I had about being an infallible focusing demi-god was total crap. I suck at non-assisted, non=magnified focusing.
While the lens won't win any sharpness awards when used wide open it's probably time that we acknowledged that there's a whole world of photography out there that benefits from using any lens at a small enough aperture to give us good sharpness through most of a frame and not just in a narrow sliver of space. For a lot of work (landscapes? architecture? street? reportage?) having a "fat plane" of focus is a real benefit.
Finally, your camera can make up for some of the performance shortcomings of older lenses if you are just willing to dive into the menus and tweak. For instance, I know that some of these older lenses are lower in contrast than contemporary lenses designed for digital cameras. Knowing that limitation I generally head into the camera menu and increase the contrast in the color profile. Adding contrast that way benefits the process in that you can more accurately see when composing how your final image will look. The higher contrast (or normal contrast in digital terms) also aids you in manual focusing. The same goes for the sharpness control in most in-camera color profile tweaks. If you know your lens is a bit less than stellar in the sharpness department it's not against the rules to add some sharpness in advance of photographing instead of waiting for later.
The one thing I would caution all users of older lenses like the PenFT 25mm f2.8 is not to shoot into the light. The lens coatings of the time were nowhere near as good as they are now and you'll get flare, aperture artifacts and more. On second thought this could be just the artistic overlay you may be looking for.....
Summing up, if I implement my tweaks and am careful when shooting these lenses can be very, very good. Extremely useful adjuncts to modern zooms when you just feel like going bare-bones and single focal length oriented.
I have to remember one important thing concerning some of my adapter rings... they don't deliver accurate distance information. The marked distances on the lens focusing rings don't match up and I can also go past infinity so any "zone focusing" has to be done by testing and re-marking hyper focal settings. Ah well. You can't expect to have everything. 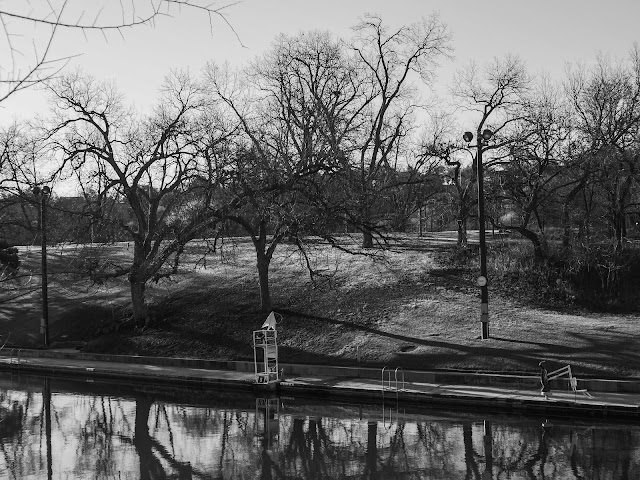 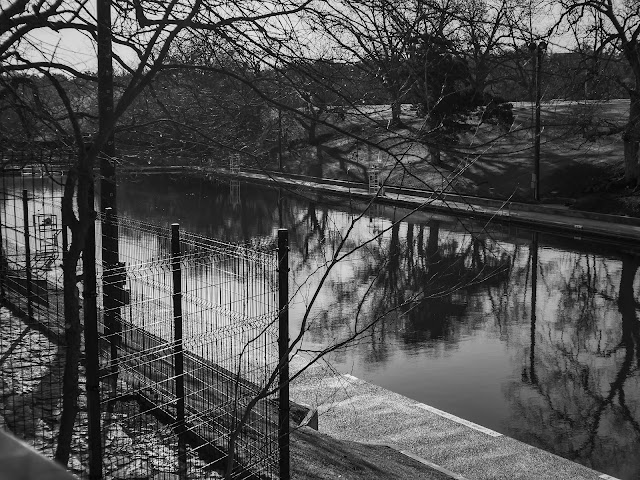 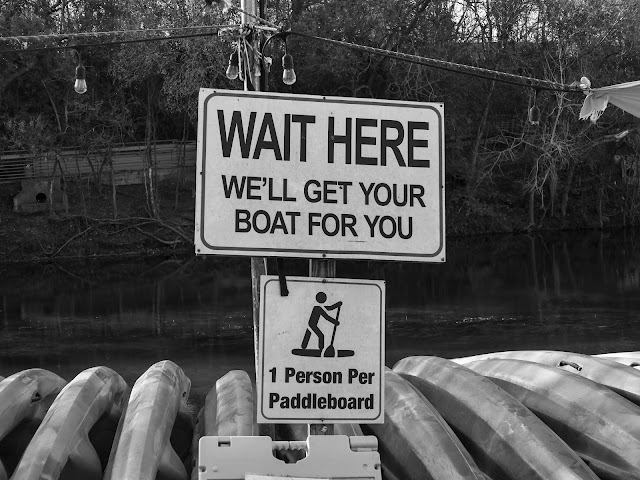 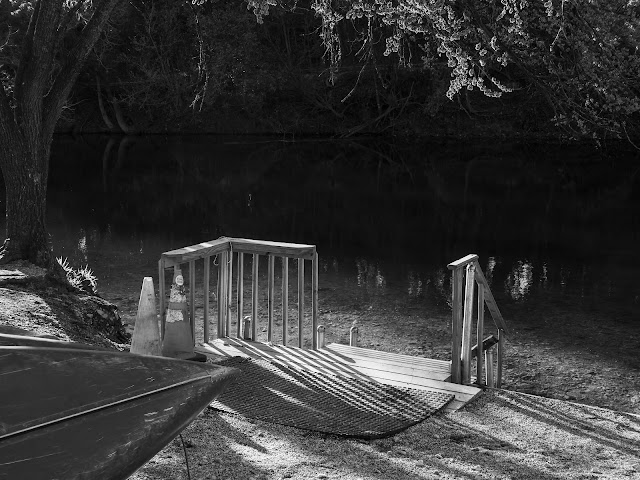 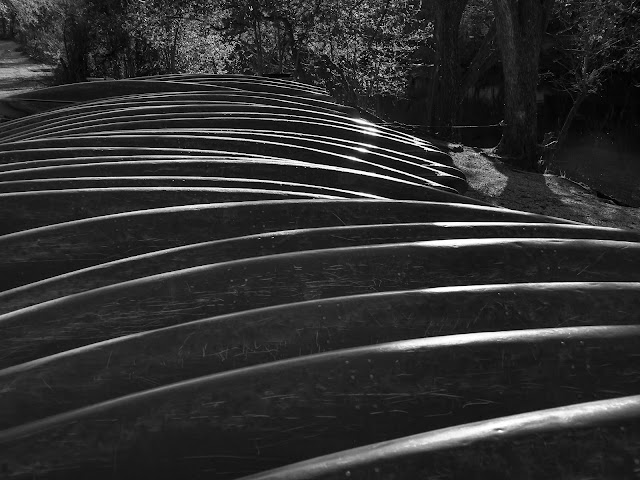 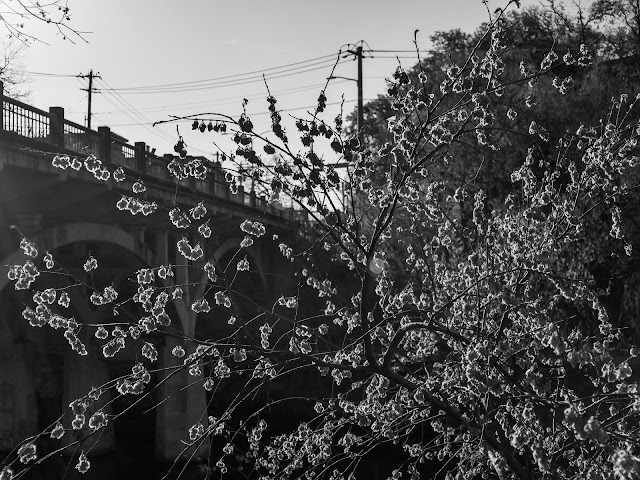 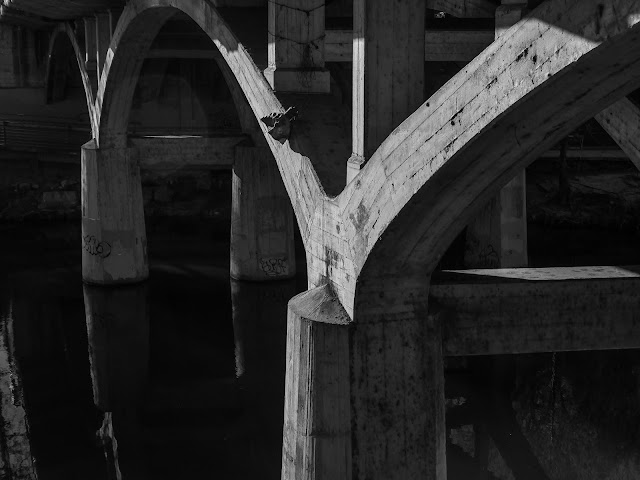 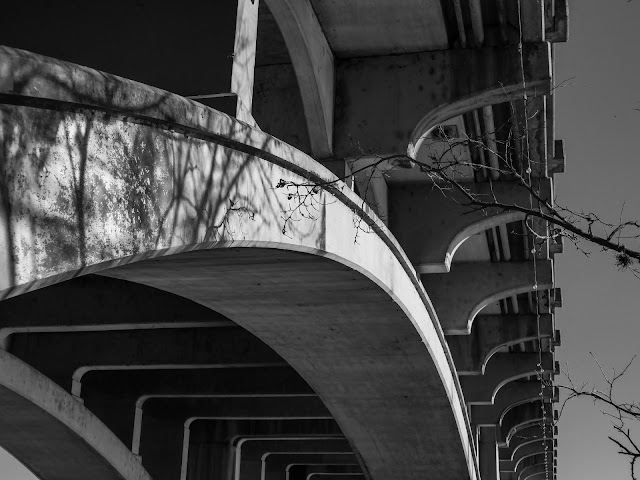 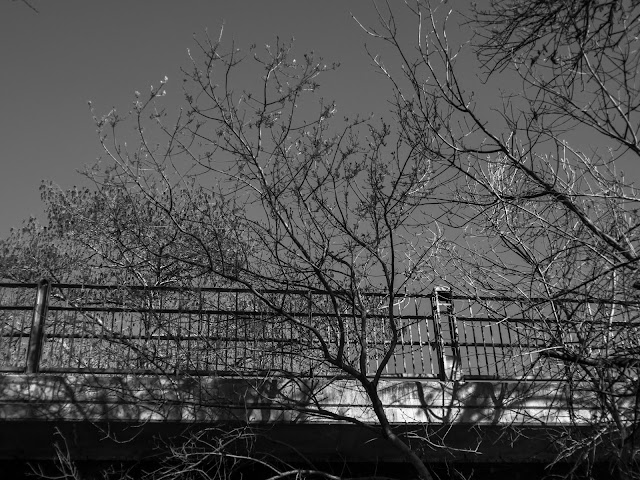 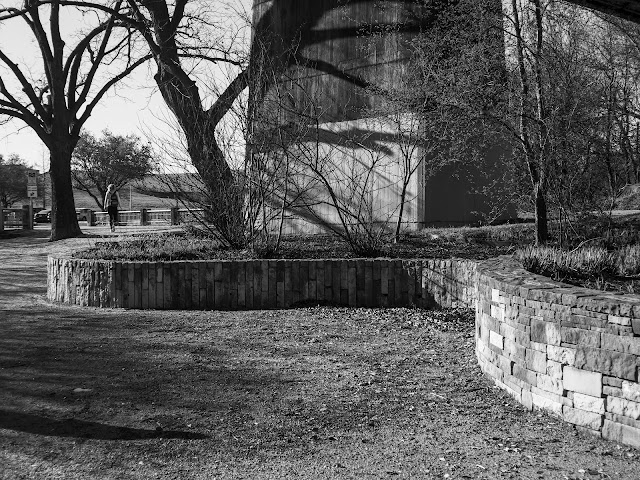 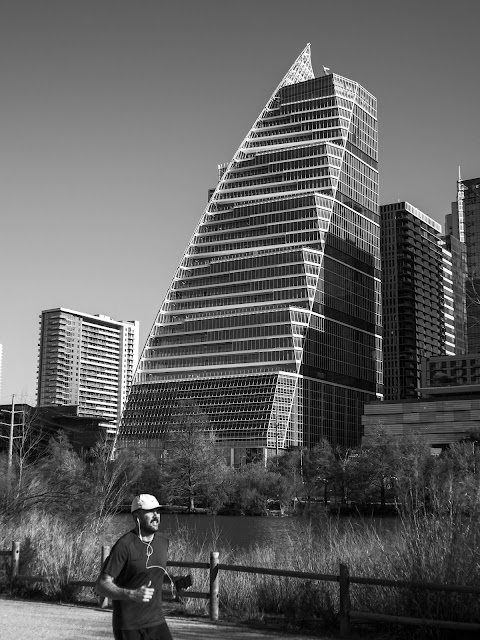 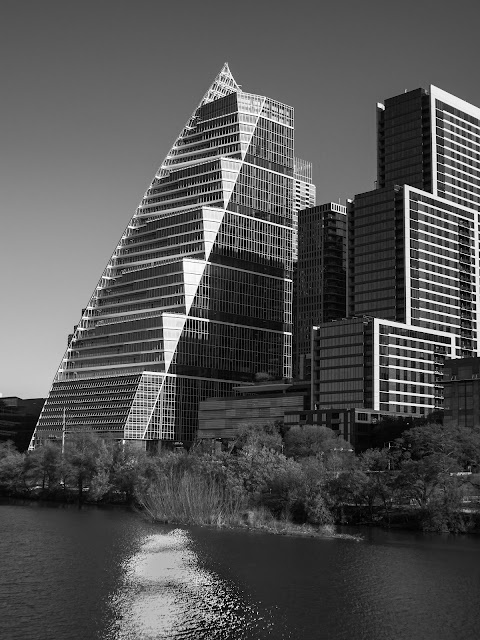 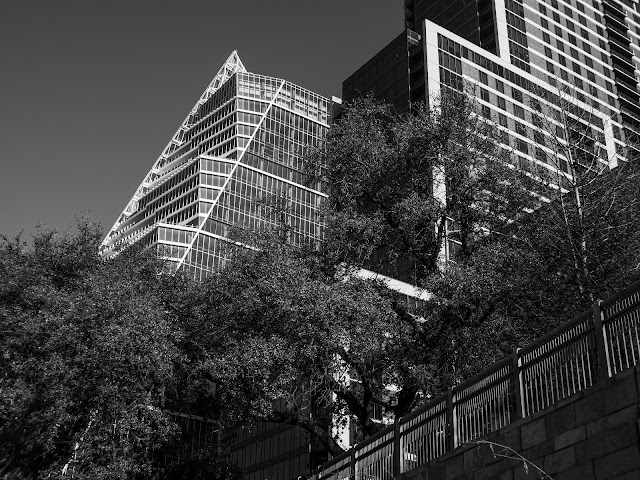 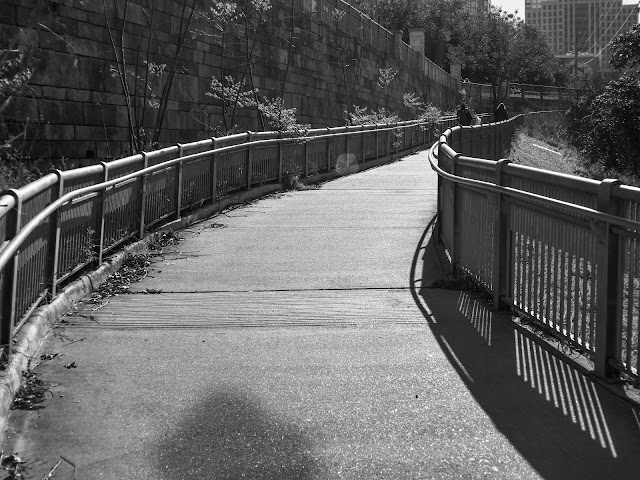 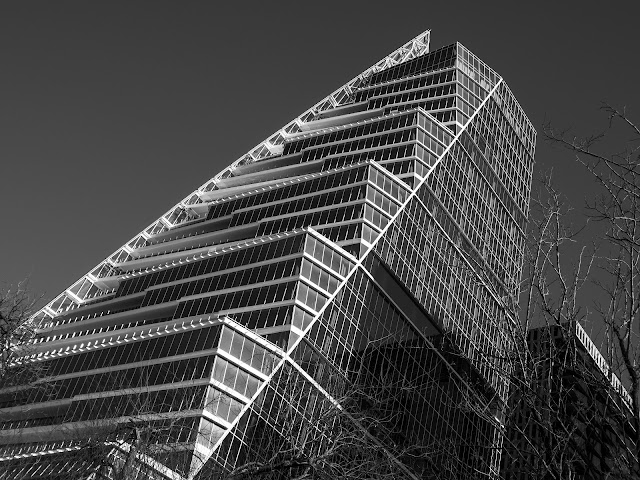 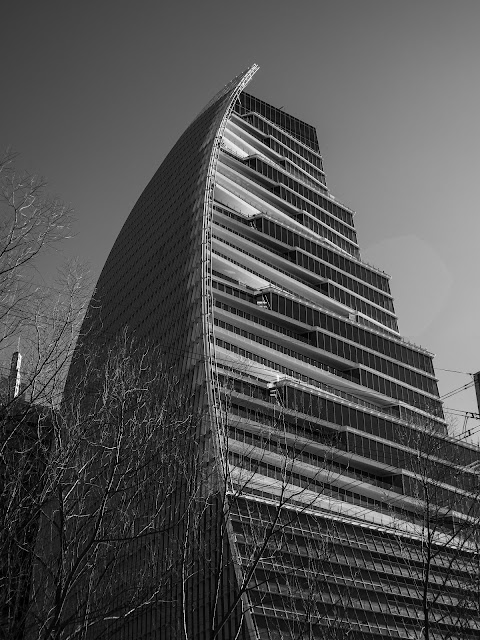 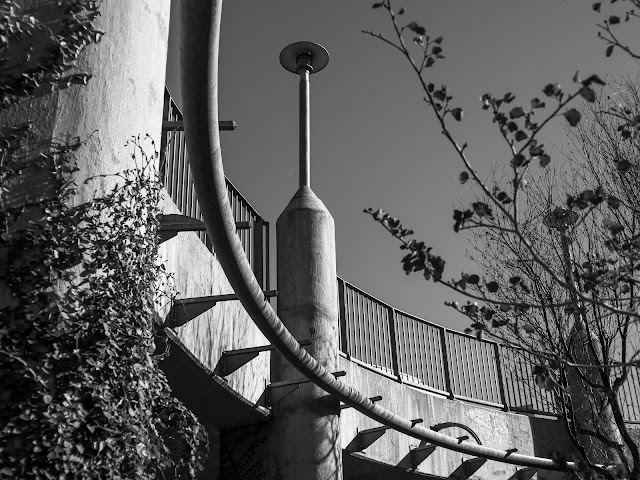 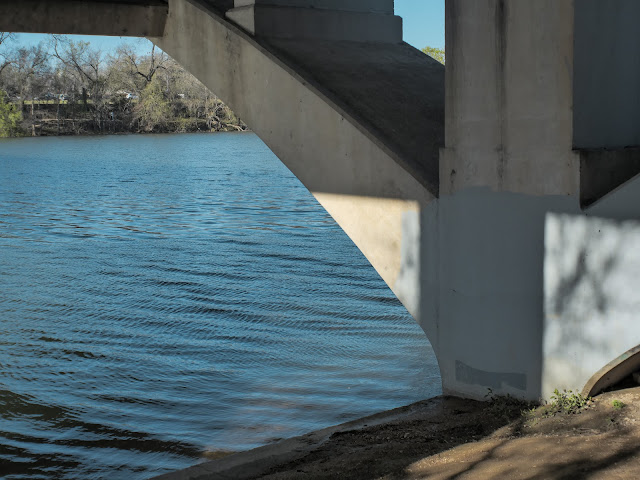 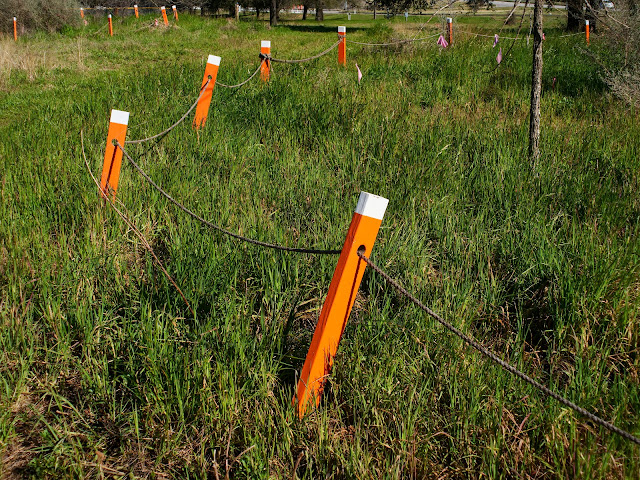 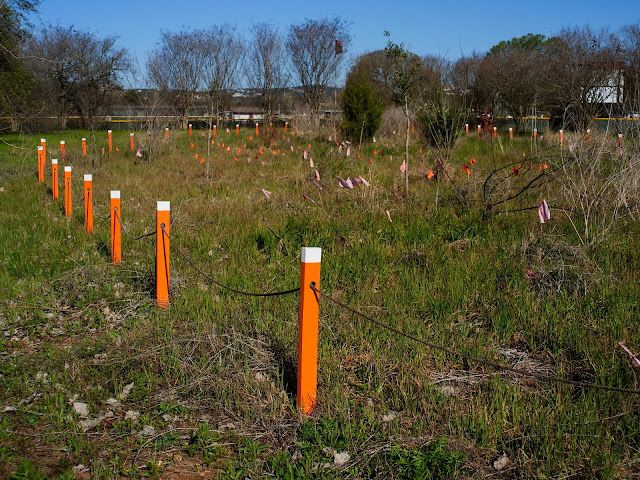 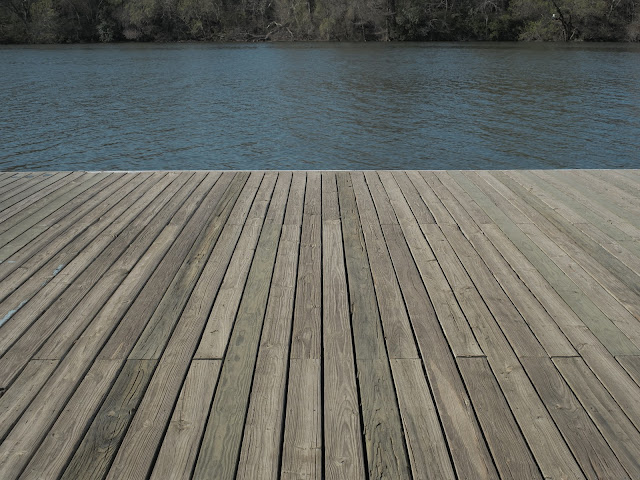 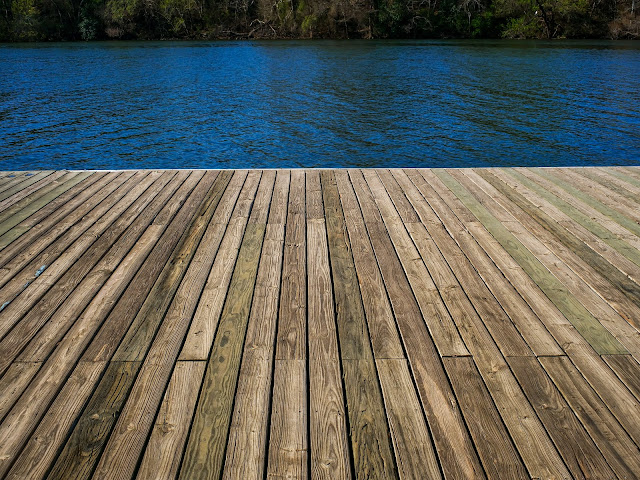 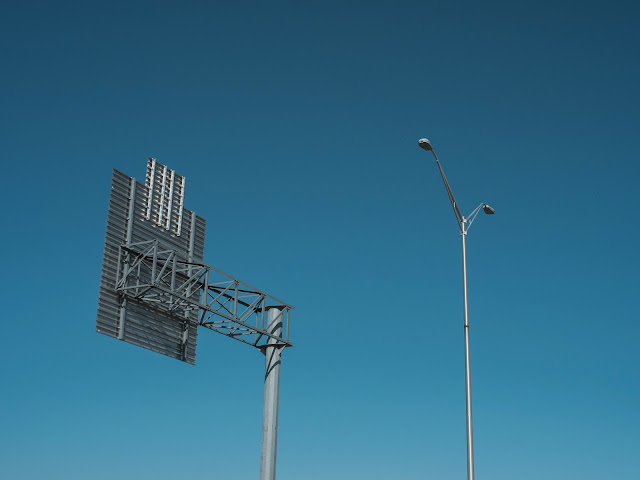 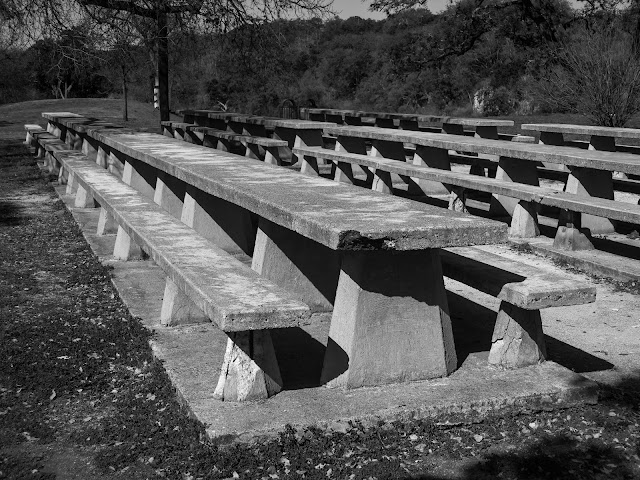 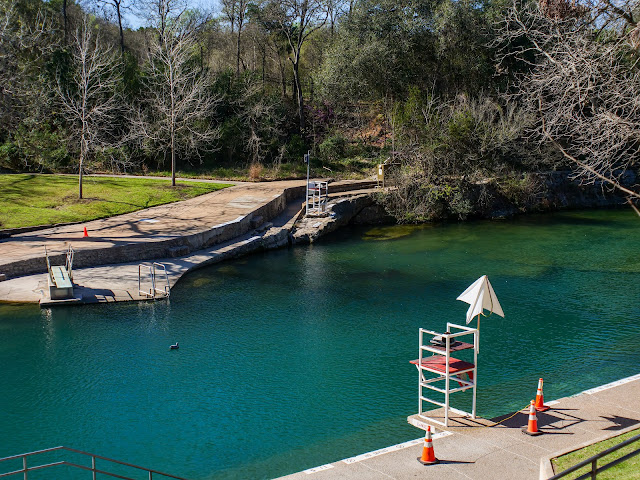 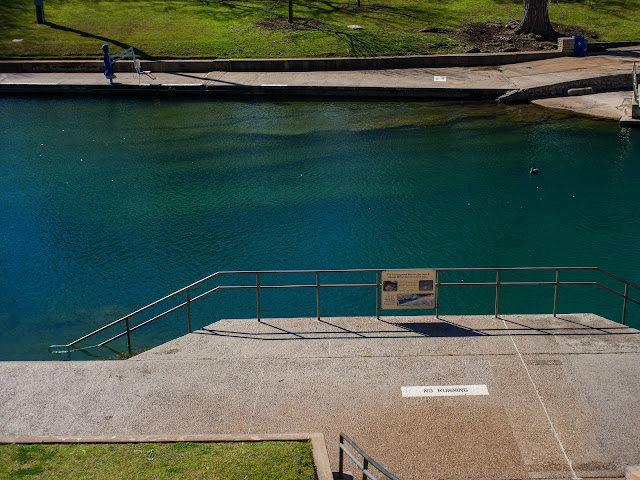 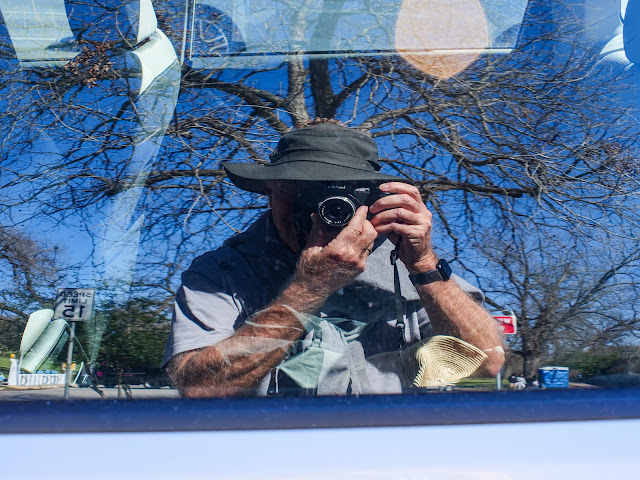 reflecting on my morning photography.
Posted by Kirk, Photographer/Writer at 13:28 16 comments: