A Renaissance of Micro Four Thirds Equipment? Yes, but with a different twist than before... 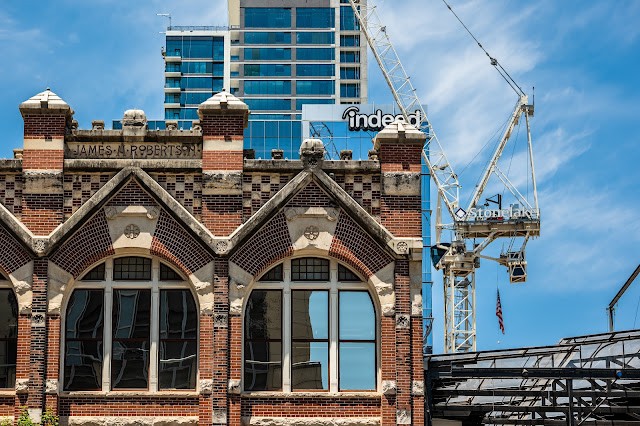 The APS-C, in between format...
In fairly short order OM Systems (formerly Olympus) dropped the OM-1 on the market, Panasonic followed up last year's launch of the GH5ii with the exciting new video/still hybrid camera for all the rest of us with the GH6, and then Panasonic tossed in a comfortable sale price on one of their most beloved photography oriented cameras of all time, the G9. This week, almost as an afterthought, Panasonic/Leica also delivered a 9mm f1.7 lens that's destined to become the m4:3 standard wide angle lens for V-loggers who want desperately to act in and direct their own videos simultaneously. To cap it all off Panasonic has been doing lens refreshes to take advantage of dual image stabilization and better weather sealing. All of which makes this an exciting time to shop for new cameras --- if you haven't been pulled into the idea that you "need" a full frame system.

It certainly combats the ever circulating claims that micro four thirds is dead.

I'm going to bet that many of you who come here to read the blog own some sort of m4:3 camera already. The value proposition over the years made it hard to resist. And if you've been interested in low cost/high performance video production for the last five to ten years you certainly know that the GH series from Panasonic has always been the high value proposition. (That being said I have to mention that my favorite video project to date is the one my friend James and I did for our mutual friends at the restaurant, Cantine, which we shot only on Olympus EM5-ii cameras because of their amazing image stabilization and great colors).

The smaller sensor camera sales are certainly picking up these days. Threads on several fora are full of people who've pre-ordered OM-1s and have been waiting patiently and impatiently for delivery. Rumor has it that pre-order demand came in at about 4X expectations! That's either amazing demand or amazingly bad pre-launch market research. We'll probably never know which.

While many are using the O&P cameras and lenses for as their primary professional and advanced hobbyist choices I think there is something new going on here that I frankly love. I think people have given themselves permission to own multiple camera systems, each of which is "best" at doing one type of thing really, really well. I have several friends who've been tooling up for more work, now that the economy is red hot and recovering even in unexpected places, and they have bought Fuji medium format cameras for very high end work like architecture and studio still life/lifestyle. They still have full frame (35mm frame size) cameras which currently represent their "go to" tools for general work and things like commercial/corporate headshots but who are also picking up Panasonic's GH6s to more easily do video (well) and OM System OM-1s as quick shooting, bright light sports, travel, wildlife and even landscape specialty cameras.

Birders love the long, sharp OM lenses which bring reach and sharpness in small packages. Videographers like the awe inspiring video capabilities of the GH cameras which have mature surrounding infrastructure of audio interfaces, appropriate lenses and integration features like the full sized HDMI sockets and reliable resistance to production-gutting camera shutdowns caused by internal heating. ( As seen across several major camera brands...).

But the point is that they aren't making severe, binary choices...rather they are assembling multiple systems to match their needs. The right collection of tools for the right jobs. Differently better.

I haven't succumbed to the siren song of the medium format cameras yet. I don't see the need for them in my business. But I know that high resolution full frame cameras have their place, especially for advertising agency clients who want files that can be blown up large,  get endlessly retouched and are stuffed with detail. The fact that out of focus backgrounds are now a twenty year trend and the full frame systems with new generations of less compromised fast lenses makes their use for trendy stuff like this easier makes the format even more popular.

But at the same time the m4:3 cameras also check many boxes for me. I love the smaller, lighter lenses for those weeks where corporate events have me moving, shooting and moving from the first introductory speech over breakfast in the morning until late in the evenings. Cutting the lens-weight burden by half or two thirds is hugely beneficial. Ditto for traveling across country on small planes, in small rental cars and sometimes on foot.

And when it comes to shooting multi-camera video we've got, in the m4:3 cameras,  cost effective tools that can run for hours, never overheat, have super fast codecs (which effectively means impressive slow motion), less rolling shutter artifacts and brilliant audio interfaces which really work.

I think many advanced non-pros are also taking advantage of the fact that a selection of different format cameras can be a perfect blend of resources. And having disparate systems at hand can allow one to switch back and forth which, I think, helps people keep from getting bored and losing interest in the craft.

My preferred "bigger" cameras are the full frame Leica SLx series cameras but my favorite camera to use for just about everything that doesn't need to be big and perfect seems to be the Panasonic G9. It's just more fun. And it makes files that are "almost perfect."

It's cool to have both systems. And it's a motivation enhancer. Always nice to have a personal system and a "work" system as well.

Posted by Kirk, Photographer/Writer at 16:38 9 comments: