Time to talk a bit about marketing. Yikes 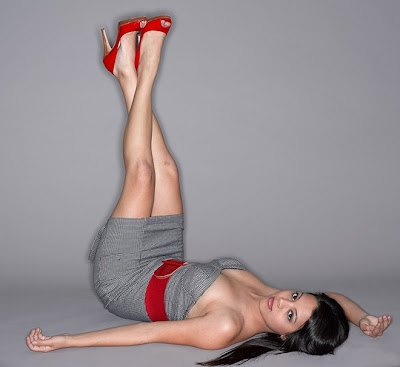 I think perhaps you're being less optimistic than you need to be.

My wife is a graphics designer. That world went through an upheaval equal to that photography is going through now when desktop publishing became reality about 15-20 years ago. I suspect the parallels are fairly close.

A lot of the bread-and-butter deign jobs at the time was small stuff: restaurant menus, wedding invitations, business cards - you name it. Each job did not pay much, but they were quick and fairly easy and there was a steady stream of them. That almost completely dried up when clients could do it themselves. Sure, the results were a lot worse than from a real designer using a real, commercial printer (remember the laser-printed design horrors of the era, with outlined, shadowed fonts and cheesy clip art?), but that didn't matter. The results were still good enough, and a lot cheaper than a pro.

This had two effects. First, while well-established designers like my wife certainly suffered, they still had the "real" design jobs to fall back on - as you say, a large company is still going to want their stuff done to the highest possible quality. But for the fledging designer it was a disaster. These kind of jobs is what they did to hone their craft and make a name for themselves, and that all dried up. A lot of work disappeared.

The second effect was not apparent at first: design became _more_ important, not less. Before DTP, the norm for amateur-produced text, for instance - school work, internal reports, memos and so on - was double-spaced typewritten text. After some years with real DTP tools widely available, that started looking hideous to people. With so many people dabbling in layout and graphics design (willingly or not), the understanding of the importance of good design has spread widely, and the bar for what constitutes acceptable layout and design has been raised, and raised a lot.

The result today is that the volume of "real", high end design work by accomplished professionals has increased a lot compared to before the revolution. A fair amount of that midlevel work that disappeared has come back: people still make party invitations and personal business cards themselves, but a big wedding or a company-wide business card design is more often than not done by a pro today. So if you're a "name" designer you have more work today than you ever had before, and your work is more appreciated than it ever was. There's people stating that the total amount spent by clients on graphic design today is substantially higher than it was before DTP happened

On the other hand, it's become harder to become a real designer today. That low-end work is gone forever, and that removes a step on the career ladder for a lot of people. Design work has become top-heavy like, say, the music or art business, with a small group of people making very good money, and a large group making little or nothing. The designer has become more artist and less artisan.

The upheaval was huge. The business changed radically, but it didn't die; if you're accomplished it's a better business to be in now than it ever was. I suspect photography will turn out to go through the same kind of change.

Love your blog - I think you are already on your way to the new business model. It follows most every other art form. You become a teacher.

How many painters / musicians / singers / athletes make their living just by selling their art form - not many. Most are making a living by teaching others their art form.

You have already started to sell books to the aspiring photographers. As more people take up photography and give their stuff away for free-your primary market (people willing to buy photos) will dry up but your secondary market will only grow larger (people wanting to learn photography to sell their photos).

I will be looking to your photography seminars :-)

This is an important topic for new and older photographers looking to make some form of living with the craft.
I see too many photographer with great starts but die off quick because they fail to re-invent themselves or they got way too wrapped up in a certain look. Because now it is easy for a photographer to think they are good due to a few comments made about their work. So off they go and they might do good for a short period then like always "Time" becomes one true test. Try passing the test of time.

I think you are right to follow your gut on this kind of change - you have a sense of what needs to happen for your work and for your life, and I am glad you are following your own gut. I have been reading your blog, and for a while now you have been wanting change. You have been looking at different cameras, lighting, film vs. digital... You want a new paradigm for your work, and you will find it if you keep following your gut.
It's very interesting and informative to watch you grow and develop, especially since you are a seasoned pro.

Dam,Dam,Dam. I was having such a nice day, until I read your post. I sit here staring at the words and your right, you are totally 110% right. No were have I found this thought so well expressed.

I'm one of those who carry 20+ years of baggage. I really do need to keep the experience those years have taught me, but throw away the anger of "thats the way it was done". ( if thats what you call it).

The post is SO right on. (sorry for the adult language)
Thanks

I've thought about this post since Tuck posted it and it rings truer and truer. If everything changes but you then you are screwed. I sat down and looked at the way I was doing business. The first thing I changed was to get a credit card merchant account. That separated the serious clients from the assholes who wanted to string me along. Now I get paid.

This one piece of advice has already been worth thousands of dollars to my business. Kirk Tuck Rocks!

I was a staff photographer from 1980 to 2001. After I was laid off, I became self-employed. (I hate the word "freelancer". Nothing is free.) It's been a struggle learning business practices, fees, networking, etc.. My salary as an employee was modest but the benefits made it worthwhile. Presently my salary is even more modest, but with my wife's benefits everything is "just" okay. As for the future? Recently I saw Michael Grecco at a seminar where he said the future was "video". Uh-oh. That day I happened to pickup a copy of "Esquire" magazine. The cover was an image - a photograph - of the female star in the upcoming movie "Transformers 2". On the inside, the article used "still images" captured with a video camera. Additional info provided a website which directed the reader to view the entire video made of the actress. I'm not ready to do video.

Rich, here's the way I think about video even though "they" are trying to ram it down our collective throats: Video is a mature field and, if anything, more competitive than still photography. I don't think our clients want us to become full bore video producers but they might want us to carry a compact camera that does HD video to make things that go to YouTube and on websites. That's the ubiquitous market. You might need to learn a bit about sound and editing but the demand is not for high polish as much as it is content. Don't fear it. Buy a little, cheap HD cam and try it. I've even gotten good stuff from a Canon SX10 IS....