Trading Camera Systems. Why do we cheat on whatever system we own? 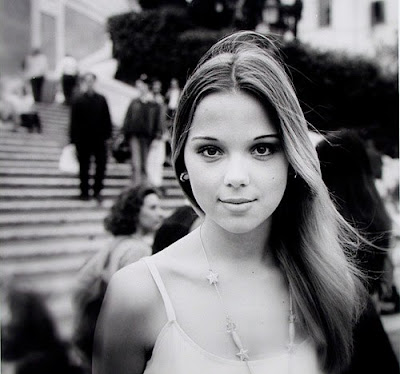 I know why we kept our Hasselblads for decades, they always worked and no matter what year you` purchased yours it was capable of generating the same quality images as the latest or oldest one. It was the lenses that we stayed around for. But in this day and age the digital bodies are more akin to buying a few bricks of film and they go out of style and are superseded almost yearly. When I first came to photography we had to be "jacks of all trades" which meant keeping an arsenal of glass on hand. If you shot with Nikon you probably had everything from an 18mm wide angle to a 400mm telephoto and everything in between. And then even lenses started to change. Zooms superseded primes (but maybe not....) and then new revs of the zooms overtook the ones we bought just a few years earlier. Now we're slinging around glass and bodies like we're in a flea market. And I find that as my style stabilizes I use fewer and few extra long or short optics.

The logic is to buy the latest digital body and use it up quick. Sell it before the new models are announced so that you get the maximum value in the next trade. This year you'll be able to shoot everything at 3200 ISO but next year it will be 6400 ISO. I can't wait. Or can I?

In the old days the only even marginally available information about lenses was the anecdotal test stuff we'd read in the mainstream photo magazines. And they only came out once a month. Now every website has a precision testing rig based on DXO or IBF and we can see, right there in the four dimensional graphics, just how poorly last year's lens performance in the outer 12th % of the frame is versus this year's glass. If you are a Nikon shooter you are suspect if you aren't sporting a D3x and at least a 14 to 24mm and a 24 to 70mm. How can you possibly produce professional results without it all?

Not to generalize but the women photographers I know only seem to replace their cameras and lenses after someone drops them several times and an assistant accidentally spills Coca Cola on the main body while changing lenses. Could it be that many new camera purchases are nothing but sublimated male sexual desire? Have we transferred our biological imperative to go out and seek mates endlessly into a less (socially) destructive desire to chase camera systems instead?

I just finished writing a book and shooting a big ad campaign for an agency. I have the strongest desire to change systems today. No, my current system did not screw up on the big shoot. No, there was no lack of optical integrity among the lenses. In fact, I think they gave me their best effort. But there is much truth to the saying that familiarity breeds contempt.

I was talking about this to a friend in New York who just happens to be a psycho therapist. He laughed at my Freudian interpretation. He suggested that the desire is much the same in any area of art wherein the practitioner is finished with one cycle and ready to embark on a new cycle. He refers to this "sweeping the clutter off the desk" as a way of starting with a fresh canvas. A blank page. A new perspective.

The idea being that the hand/mind relationship (haptics and all that) predisposes one to work in the same fashion over and over again and only by making a conscious attempt to change the tools will you change the construct and the paradigm that keeps you slavishly locked into the same subconscious fabrications. The psycho therapist had to get off the phone at that point. You see, we'd been talking about the really cool f2 zoom lenses for the Olympus E system and he wanted to go play with them right away.

I'm between books and projects. I'm pondering cheating on my Nikons and getting some more Olympus gear. I like the color and the size but I know those are just facile justifications. I think I'll start with the 50 Macro. That's supposed to be a good one.

How do I reconcile all this? Well, a good shrink will cost me $250 a visit and it may take years to come to grips with my compulsive need to try new cameras. How many new cameras would that buy? How much painful introspection will I be able to avoid?

(For those who take everything literally please understand that approximately 15 to 20 % of this blog was meant to be "tongue in cheek" I'll still buy the gear but I'll laugh at myself while I'm doing it..........).

Note: I'll be teaching workshops on small flashes for two days at the Creative Photographic Retreats in Dallas, Texas on July 24th and 25th. Come on up (or down) for the happy hour intro on the 23rd.
Posted by Kirk, Photographer/Writer at 16:08

I would love to do a blogroll link exchange with you since we have a lot of the same kind of content. Please just visit my site and leave me a comment if you want to do the exchange.

Ha ha I have an old D70, still takes cracking photos but I lust after a d3x, I am just not camera well endowed...

LOL you had me there Kirk,

Love the portrait at the top.

This is the "sad but true" reality of male camera buying. And if you write in to deny it you are a liar. No exceptions.

That is one of the best portraits I've seen in a long time, anywhere.

You are very inspiring. Please keep it up!

If I spent that on a shrink I'd need my head examined too.

Michael, Do you get your private psychiatry at Sam's Club? Just kidding. That's the whole point. If you are obsessed with gear wouldn't it be preferable to get the gear instead of "settling" for therapy?

Good thing the shrink was free cause he got it wrong. What you are suffering from is the lingering effects of a deprived photographic youth. In my mis-spent photographic youth I tried everything from a Minox to a 4x5. Even owned a Nikon SP and some glass for a while. Then it was Rollei for 16 years followed by a first gen EOS which I still have (21 years). I also still have my first digital - a Minolta A2 and shoot with a Rebel XSi and a trio of lenses. But there's this really cool thing called a K-7 over at Pentax .... what's this?? Regression you say?? Second childhood on the horizon???

Aw, the heck with it. Go by the goodies and have fun. You can have as many "childhoods" as you like, but you only live once. LOL

Kirk,
Loved the portrait, it reminded me of Audrey and Dick (or was it Fred)?
In my humble opinion, the problem with digital cameras is that there is no world class, no Hasselblad 500 ELM, no Ziess 150 lens, no Tri-X 120 (or Royal -X developed in Polydol). Maybe I am living in the past (to prove that point I just replaced a 20D with a brand new 40D last month), everything is at least good, most of it very good, but nothing "incredible". But I do believe my wallet is happier for this though!

I stumbled across you from a benevolently-shared link by a good friend of mine. I think he thought I'd find the girl at the top cute -- and he was right -- but I also enjoyed your theory on camera-system swapping :)

I stick to the Canon EOS system simply because my investment is too large -- much like Leica or Hasselblad users out there, I guess. I've spent thousands on my lenses, and now I'm stuck.

I wish I could switch though. I wish I could mix it up, get out of my comfort zone. Perhaps I have to rent some cameras, or borrow from a very generous/trusting friend... hm.

Yes it's funny that we all want the latest and greatest digital equipments. We all want the latest and the greatest camera body packed with the most silicon and features in them... shooting ISO 1600 for a wedding album was unthinkable 10 years ago and now everyone's doing 3200 and even 6400. If we keep going at this rate, everyone will be shooting 256,000 ISO at night time! Ah, Moore's Law at its best.

As for lenses, I think we're just starting to do the same but I think as newer generation lenses come out and hit their peak theoretical limits we can finally buy our lenses once, and keep them for a very long time. While electronics are subject to Moore's Law (2X computational power every 18 months), lenses on the other hand are subject to laws of optical physics. For this reason I seriously doubt there will be a dramatic improvement to new generation lenses such as the AFS-S 14-24mm f/2.8G (for which there is no competition for, yet) and the amazing AFS-S 24-70mm f/2.8G that the Canon equivalent can't even compete with (on PhotoZone.de, the MTF for the Canon equivalent is much much worse).

High quality lens revolution barely started a few years ago while the DSLR sensor revolution jump started a decade ago. Who knows, maybe we're already closed to the peak theoretical optical limit, and if so, we can finally buy our lenses once, and let that be the end of it (for another 10 years).

I think the market is changing faster than the technology and I really believe we've maxed out what we need for resolution. in some systems (Olympus) the lenses seem to match the pixel density perfectly. Now I predict we'll roll backwards as all advertising retreats to the web.