Thinking about thought in a media rich environment. 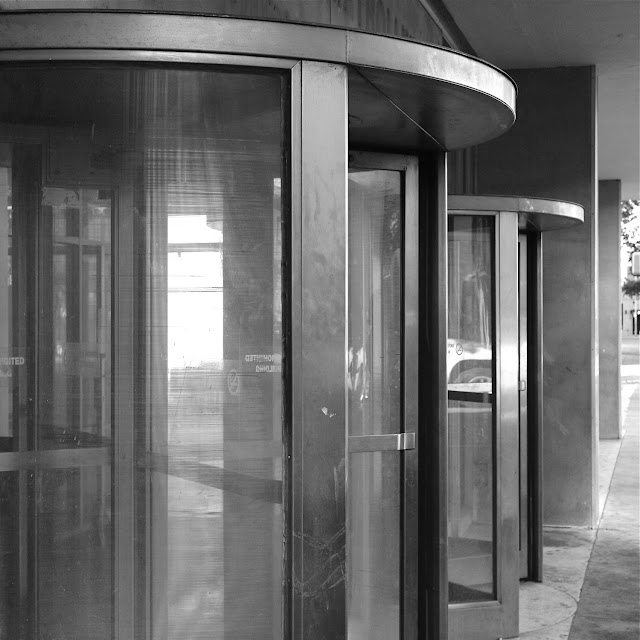 Nabakov was a great visualist too. When I read Lolita or his short stories I'm struck by his strong, effecient images. I was also struck with just how graphically sexual Lolita was on a recent re-read, much more so than I rememberd from my first read 25 years ago. I could find some good quotes if you'd like... : )

Photographers are blessed and cursed by technology that allows (and requires to some extent) us to be immersed in a sort of cultural churn, going round and round, often repeating the same things much more quickly than writers or painters do. Is there even rooom for a new Nabakov of photography at this point? Perhaps, but my guess is you'd have to be pretty darn determined, willing to offend, not take photos for comments on Flickr, and willing to create art over the long haul with little payback for many years, if ever.

"you'd have to be pretty darn determined, willing to offend, not take photos for comments on Flickr, and willing to create art over the long haul with little payback"

Well put. And just about right.

my own unoriginal idea about original ideas is that the big breakthroughs are almost always the synthesis of a few smaller ideas. You take a couple of known things, look at them askance and combine them and suddenly - big new idea. We do stand on the shoulders of giants, but up there we have something different from them - our new point of view. Our own personal view from their shoulders is different to everyone else. The ideas in my head are the sum of all the experiences I've had, over the years. A unique soup to fish in for new ways of seeing and doing, as long as you are willing to see what's within, rather than copy what's out there being popular. Finding that fearless path is tough, too.

Incredibly well said, Gordon. That's the perfect counterpoint to my own tendency toward cynicism. I'm so glad you posted that. But we both agree, "Finding that fearless path is tough....:"

Kudos to Gordon for the sweet version. Two thumbs up for Tuck's stick in the eye of group think.

Well this hits me right where I'm living right now. I think you are on to a trend again:-)

I'm deliberately not answering those questions right now as I have decided they are secondary questions to the question of what must I do to make a good living. And then as I wrote that I thought to myself "How can the meaning of your life's work be a secondary consideration?"

Well I am not regarding my work from the viewpoint of my deathbed but rather from inside an empty kitchen cupboard or an empty petrol tank or a frequently empty bank account.

And so here is one of my favourite quotes. From "Fiddler on the Roof".
"You might say that every one of us are fiddlers on the roof. Trying to scratch out a pleasant simple tune while not breaking his neck".

It doesn't provide a solution but it is a good statement of the problem.

This Twyla Tharp book ( http://bit.ly/9Aj8D9 ) on The Creative Habit has the best discussion I've read on where 'new' ideas spring from, how to work towards them, and all that fear stuff, too. Great book.

Here's my take. Einstein said and I will crudely paraphrase that he gives thanks everyday for all those both living and dead who came before him and whose labors created the civilized world that gave him the comforts and opportunity to let him exist as he did. Same with arts. No Buddy Holly no Beatles. No Blues no Led Zeppelin

Same with photography, sports, dance etc. Someone sets the stage, raises the bar and the next in tries to better the goal. I doubt anyone can come up with something new. Music's roots are inter tangled none of it's new. There isn't anything that hasn't been photographed. What hasn't been done is the very best photo of any particular subject hasn't been taken yet. Excellent maybe but until you out do what's been done it's just another record waiting to be broken.

Michael, A very good counterpoint to my cynicism. And a very good way to look at it all. Thanks for a very valuable response.

I would agree with the concept that most large ideas are the accumulation and correspondence of many small ideas. Sound playback still uses a "stylus" (now a laser" to read a spinning disk in a hard drive (playing a MP3), just as this same stylus and spinning disk worked on CDs and records before it.
As for photographic creativity, one of the things I've come to appreciate about this artform is the cohesion of art and science is presents, not only in the equipment, but most especially at the moments prior to and up to the shutter being activated. I must use my logical mind to know and set various settings - aperture, shutter speed, et cetera. I must use my artistic mind to compose. Thus, when it all comes together, photography and I are in total embrace.

I attended the seminar with Kirk and Will, just great. I posted a longer comment for the google group in our class at SW School of Art and Craft but let me just post this comment from that article.

Kirk is. easy going and friendly Remember Wilson, Tim Taylor’s Good Neighbor, it’s like running into Wilson but not having to talk over the fence. Bottom line, his advice all day and at the end of the day. You can learn about equipment and where to put the lights by reading books. But the key to a successful portrait shoot, like any human endeavor, it getting to know the subject. Like the examples in Dale Carnegie’s How to Win Friends, the key is to find out what interests your subject, then you will have all the tine in the world. Kirk told the anecdote of the PR guy limiting him to 15 minutes to shoot a CEO. He had learned that CEO was a Leica collector. And so he of course carried a Leica with him to the shoot. Once the CEO spotted the camera, the conversation was on, and of course he had all the time in the world for the shoot. Photography like anything else is a human endeavor.

Thanks for a truly enjoyable learning experience Kirk!