From garden variety playground to arctic wasteland in the blink of an eye. 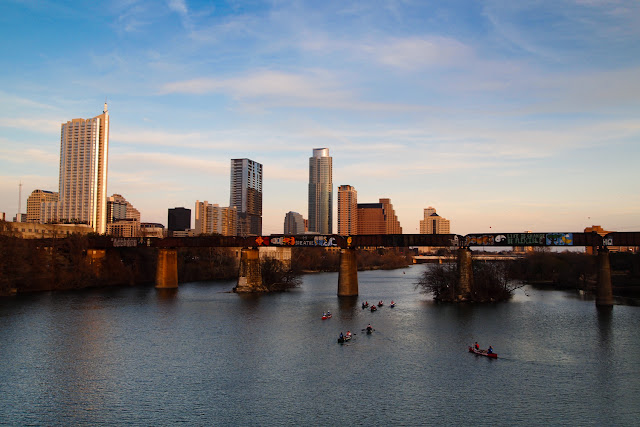 The image above is what sunsets in Austin look like on most days.  Especially in the winter when the sun's arc is lower.  Taken around 5pm just a few days ago it was a balmy and typical day here in the jewel of the southwest.  People were kayaking and paddle boarding on the lake and I was walking around in shorts and a t-shirt snapping photos after a day spent........snapping photos. 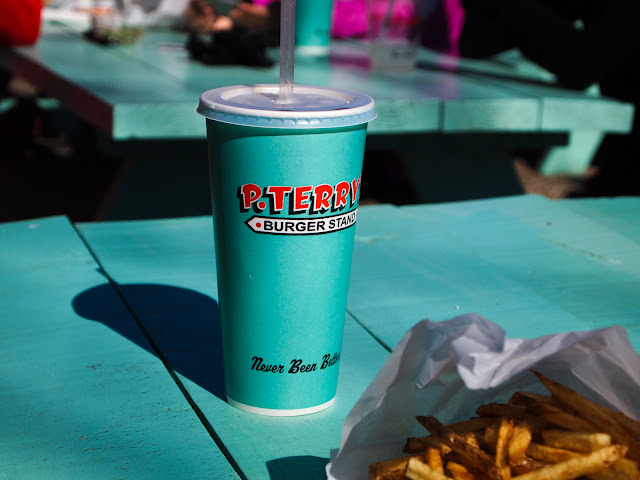 It was a nice day for sitting at one of the azure blue picnic tables at P.Terry's and munching fries and a veggie burger.  Don't worry, the fries are done in canola oil and the veggie burger buns are whole wheat.  Even the Dr. Pepper is "Dublin" Dr. Pepper, made with cane sugar instead of high fructose corn syrup.  People were happy and sassy.  Girl scouts were selling cookies and co-eds were riding their mopeds.  Just another day in paradise.  But then.........the "Arctic Blast" hit. 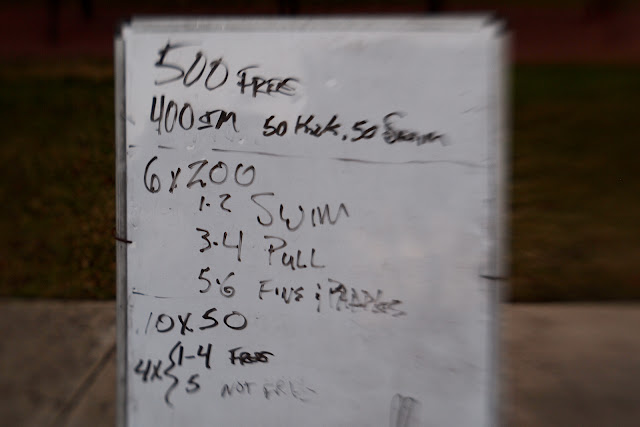 It came barreling in with 40 mile per hour wind gusts and frenetic slurps of rain.  The chatter of branches on my rooftop woke me from a deep sleep.  The dog was disquieted.  It was winter.  The brutal, weeklong endurance event that we dread here in central Texas.  I got up in the morning and checked the thermometer (actually, I don't have a thermometer, I just looked on my iPod Touch...) and it was 25 degrees and dropping.  I made it to the pool for the 8:30 am workout and we did some variation of the set above.  In my lane, with Ann, we did 16 of the 50's instead of 10.  The water in the outdoor pool was warm enough and there was a layer of steam that extended the comfort zone about a foot above the water but getting out of the pool and over to the locker room was daunting.  A true hardship. 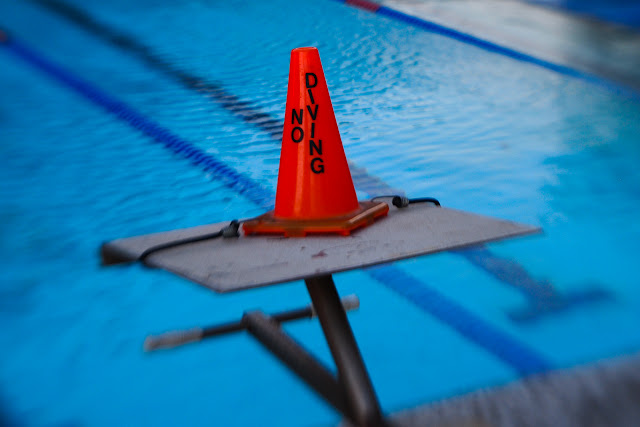 I went back last night to look at the pool.  The temperature had begun its descent to 16 degrees (widely acknowledged to be the end of the world around here.)  I could barely hold my Pen EPL1 and LensBaby composer still enough in the blistering wind gusts to take this image at 1/60th of a second.  I knew all was lost when I got the e-mail from Brian (the pool manager) this evening.  Seems the "wind chill factor" (who made that up?) was going to be 5 degrees in the morning and he thought it would be cruel for the coaches to be on the deck in the pre-dawn bluster.  I would have gladly gone but who am I to flout the rules of the pool?  There will be workout at noon.  We expect it to be in the high 20's.

Am I right to believe that people "up north" live thru this kind of stuff for months at a time?  Why?  Who can get any swimming done?  (and don't give me that stuff about indoor pools.  once you've tasted the freedom of blue skies above you'll never go back.)

I guess that means I'll have more time for photos tomorrow morning.  Thank goodness I have a hobby. 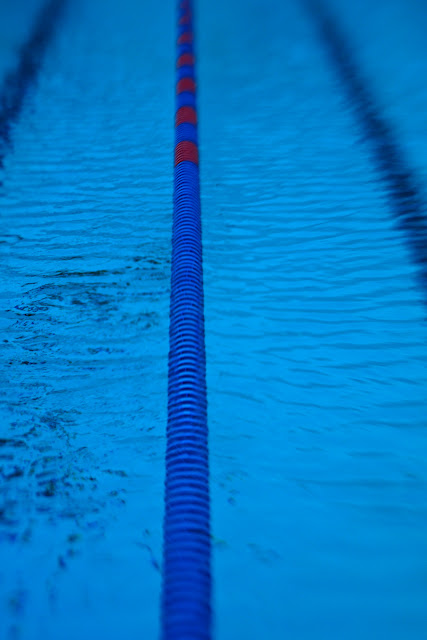 (this is mostly tongue in check.  Texans do tend to over-react to cold weather.  It's because it is a novelty.  But we get the reciprocal torture in the Summer.  Don't you worry.)

Random note:  go to Will's blog and see his shot of Jimmy Carter.  I couldn't do that in 5 minutes, could you?  http://willvano.blogspot.com


Love the shot of our pool, to the left.  Wild how the strong wind creates waves in the water.
Posted by Kirk Tuck, Photographer/Writer at 21:02 11 comments: