Earlier this month I posted something about a huge (70 inch) Octagon Softbox (similar to an Octabank) that I ordered from a company that sells on Amazon.com, called Fotodiox.  The octabank/octagon softbox was a whopping $75 and, after I assembled it and shot with it a few times I considered it to be the bargain of the year.  Amazing.  A few of my friends read my little blurb and bought them as well.  We are now a fan club.  Here's a link to the eightsided softbox.

You can pay up to $1100 for a similar light modifier from a well regarded european company.  But even more amazing is that the price included a speedring.

That's background info.  A quick intro into my previous purchase from this online store.  Here's this week's "Oh my gosh!  It costs how much?"  from the same supplier.  I've shot with Profoto for years and in the mid 1990's we shot a lot of stuff with the Profoto beauty dish

.  And it did a great job.  But when styles changed I sold it with a bunch of older Profoto stuff and my lighting went off in a different direction.  For almost ten years I did almost everything with giant diffusers and soft lights.  Except for my little forays into battery driven flash and LED mania (which is the future of lighting....).

Now we come to this week.  I've been shooting a ton of portraits outside with my Profoto 600b Acute

system and frankly, with any wind at all, it's a pain in the butt to use umbrellas and softboxes outside.  The umbrellas especially have a nasty habit of going "airborne" and messing up the illusion of calm and reserve that I work hard to build.  My clients love the look of the outdoor portraits and I confess that I do too.  I usually try to put a scrim between my subject and any direct sun and then wail away with the 600 w/s seconds at my disposal.  I could do this with my Elinchrom Ranger RX system but it's twice as heavy.  The trade off is battery life.  The Ranger has reserve you won't believe but the Profoto is just the ticket for a one man show.  I bought three new batteries for the Profoto and now I can go thru a full day, shoot tons of stuff and still have back up power.  But none of that seems to help keep umbrellas in place and working. 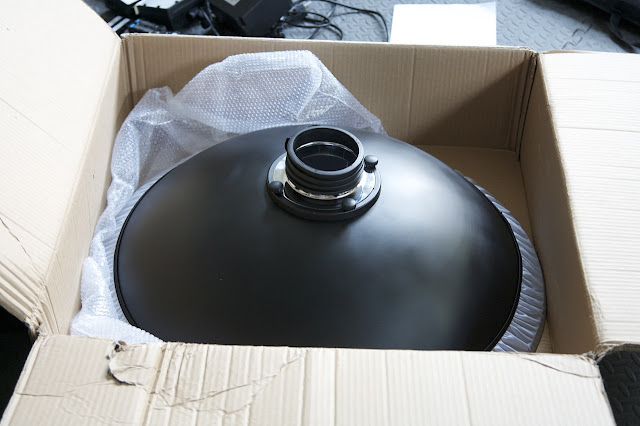 I remembered reading some rationale for buy a very, very pricey plastic beauty dish being offered for shoe mount flashes and the one thing that rang true was the idea that a beauty dish with a diffusion sock on the front holds together better in the wind than a comparably sized umbrella.  Makes sense.  It's rigid and locked on with a speedring.  I put myself back in the market and started looking at the Profoto version.  My, the price has gone up..... 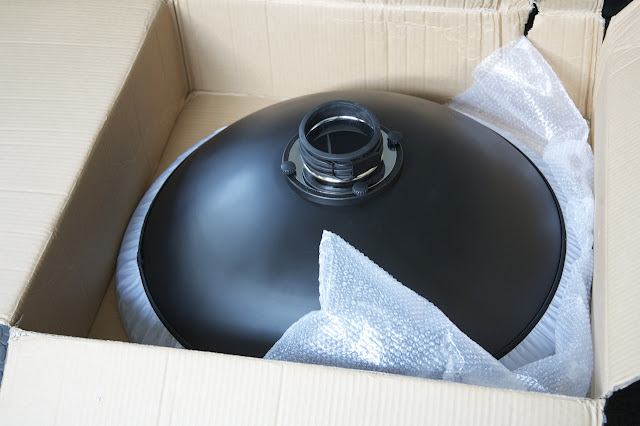 On a lark I checked in to see if Fotodiox offered one.  They offer two!  A 22 inch and a 28 inch.  Being a soft lighter I always go for the bigger unit.  Unlike the Profoto version the inside is metallic.  The Pfoto is matte white.  At 1/3rd the price I couldn't pass the Fotodiox 28 inch beauty dish

up.  It came today and I couldn't be happier on many levels.  First, I saved money and that's critical to the continued happiness of my CFO.  Especially two weeks and change before tax day.  Second, the unit it very well built with a nice interior deflector and an interchangeable speedring set up.  With one inexpensive adapter I'll be able to use this light on both the Pfoto and the Elinchrom lights.  And finally, it comes with a well made diffusion "sock" that fits over the front.  The whole system is a whopping.......$109. 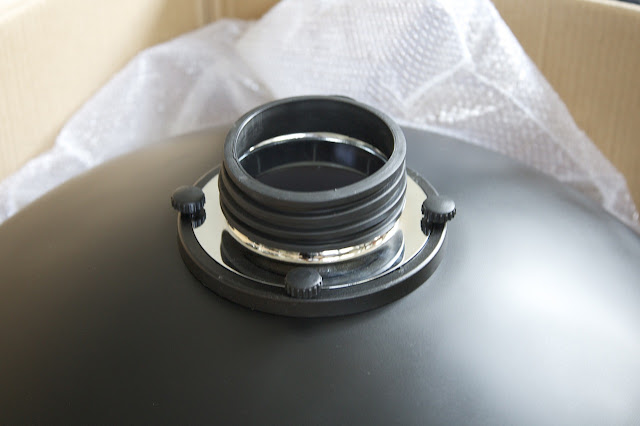 If you buy it with a less pricey speedring, say for an Elinchrom, Alien Bees or Bowens unit the price drops to an even sillier $89. 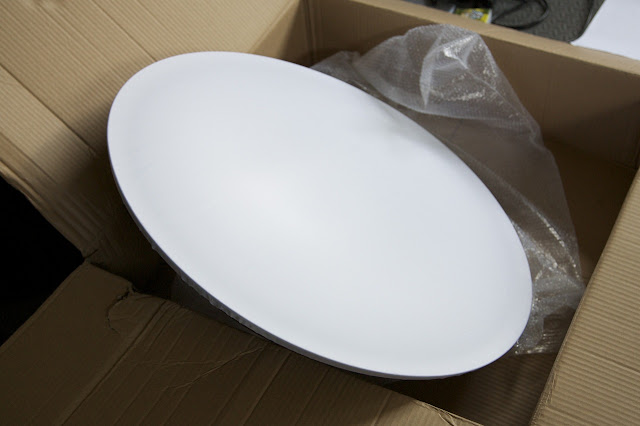 While I haven't done any exhaustive tests I have put it on a monolight, fired it up and looked carefully.  It's just the way I remembered a beauty dish to be.  Considering that my last Profoto speedring purchase cost more than this whole unit I am very, very satisfied. 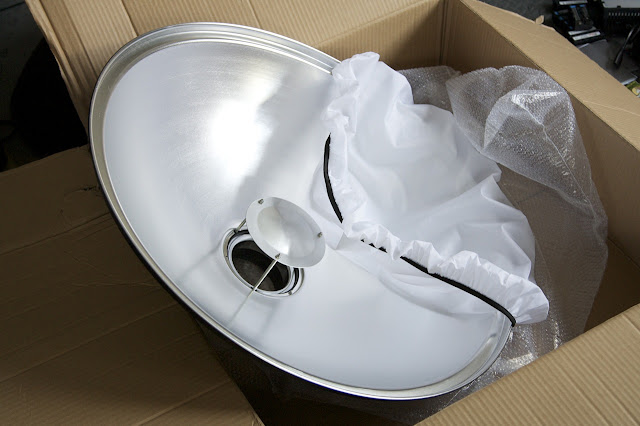