Michael O'Brien kicks it up another notch and shows why he's the real deal. 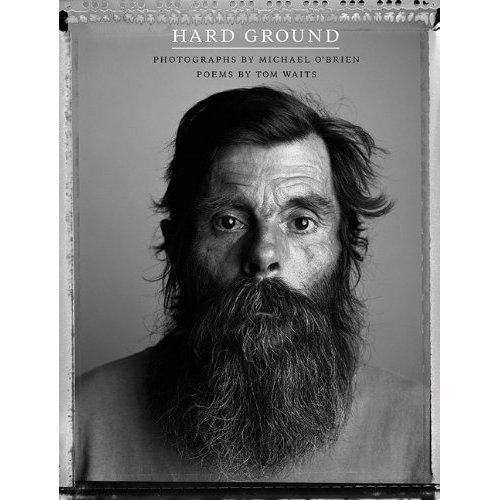 and understand that there's a whole step up in the art of photography beyond us geeks that write blogs and use 50 flashes to show off.

I guess it's easy to lose track of what you got into photography for.  We let clients side track us and we let trends corrupt the way we really should be shooting.  I'm as guilty as everyone else.  But it doesn't feel so bad until someone with a laser focus and a gift for digging in and shooting the hard stuff comes along and rubs our faces in it.  Then all of a sudden a book about LED's or a trip around the country flashing the rubes doesn't seem like such an incredible deal.  That's not to say that Michael is the type to rub anyone's nose in anything.  As far as I can tell the man is a saint.

Michael O'Brien spent four long years meeting the homeless people he photographed (with dignity)  for this book.  He didn't do it because he was sponsored by an equipment manufacturer.  He didn't do it for the money (there rarely is any in art books...).  And he didn't do it as a way to claw into "social media" and show off.  He did it because no one else was doing it and he felt that these were faces that comfortable people needed to see.  We needed to understand a different and pervasive reality outside our limited suburban comfort zones.

He did the book in concert with the singer and poet, Tom Waits.  It's out.  It's there now.  And since UT Press subsidized some of the production you'll be getting a book for $40 that would have cost closer to $70 if produced by one of the bigger, for profit publishers.

I talked to Michael today and he told me he was surprised to find that the final printed work was as good as the original prints he made.

The images were done with a 4x5 view camera and on Polaroid materials.  Check this book out and you'll understand why the world still needs photographers who care less about booking the next workshop or shooting trendy slop for a blog that's peppered with affiliate advertising.  We need them because they are the "bar."  And every time they raise it they make everyone think harder.  And hopefully, work better.
Posted by Kirk Tuck, Photographer/Writer at 17:50

Thanks for the tip!

I ordered this and I've been thru it four time so far. It's incredible. M. O'Brien is the kind of photographer I wish I was. He's amazing. Thanks for sharing this with everyone else!

A friend of mine pre-ordered this book for my Christmas present. And oddly enough I ordered her the Tom Waits chapbook with the same poem. Both are truly wonderful books in their own way. As an aside, I still really miss Polaroid 55.

Well said KT. Michael is the real deal and always has been.

Some people look at the pixles, some at the colours and shapes but the most important thing is the context and reason for the photo, this book is a great example of using photography as just one small element in a bigger picture.

Austinites! Y'all show up at 6pm tonight at the B&N's at the corner of Hwy 360 and Bee Caves Rd. and show Mr. O'Brien some photography love.

I ordered this last night from Amazon for $26 with free shipping. I am really looking forward to it!

I purchased this book thinking I might get some ideas on how to pose people and maybe learn some neat things about lighting location portraits. I'm glad I did but not for the reasons I've stated. When I opened the book and leafed through the pages, first once, then twice, then a third time, I saw clearly and deeply my brothers, my sisters, my neighbors, and sons and daughters. I touched every photo and tried to hear what they were saying. In the end, I saw me, but for the grace of God, and I am humbled by Mr O'Brien's work. He has truly captured the souls of these people and I have heard their stories.