It's all part of the process of life. 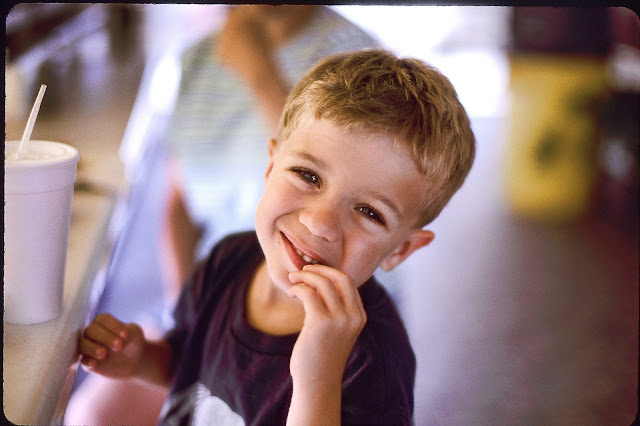 We were so busy back in the late 1990's but I never neglected to spend as much time as possible with my son, Ben.  I'd come home from a morning shoot on a bright Summer day and corral Ben and his mom, Belinda, into my old, green BMW and we'd head out for a lunch adventure.  To this day Ben doesn't get that other dads don't take time for a long, lingering lunches with family.  On this particular day is was in the 90's already by noon.  We were all in the mood for burgers so we headed to Hilbert's on north Lamar Blvd.

We ordered our burgers and fries and grabbed seats at the counter.  The bright sun diffused itself thru a yellowed sun barrier on the floor to ceiling windows that looked out over the picnic tables and the parking lot.  Ben was eating french fries and his mom and I were talking about vacation.  Where we'd go and what we'd do.  I looked down at Ben and he looked at me with such love and adoration it almost made me cry right there on my vinyl covered stool, in the run down burger joint.  I lifted up the camera that accompanied me everywhere, like an oxygen tank on the surface of Mars, and snapped one or two frames.  I've cherished the memory of that warm and ultimately happy day ever since.

Ben has grown up to be a wonderful 15 year old.  He still gives me a warm and happy look from time to time.  We still go out for burgers when he's not at school.  I look forward to summers in Austin.  We each have our own activities but we come together at lunch and dinner to catch up and just exist together.  I'm grateful for photography because it captures these wonderful moments for me and sticks them in my face to repudiate times of self pity or narcissism.

Kodachrome 64.  Scanned.  No lighting.  No tricks.  No layers.  Only unconditional love in both directions.  That's the reason for photography.
Posted by Kirk, Photographer/Writer at 21:42 20 comments:

I love this portrait very, very much. 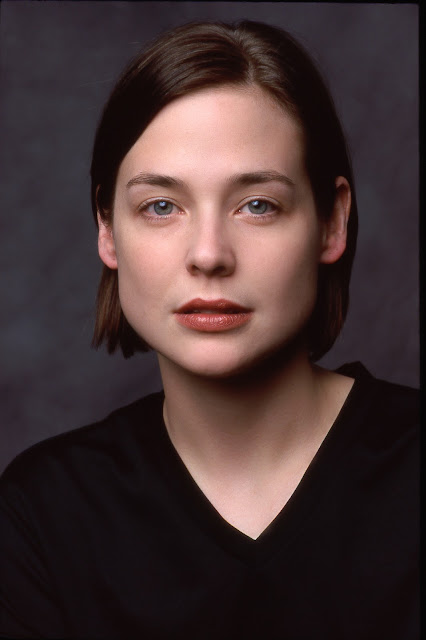 I had the perfect assistant for a while.  Her name was Renae.  She was telepathic.  She could sense what tool or prop I needed it long before I even thought about needing it.  And she would occasionally say, "You need to do a beautiful portrait now.  I'll have a friend drop by."  And one day she announced that I should photograph Amy.  And since I never thought to argue with Renae I dutifully prepared the studio for Amy's arrival.

I was still shooting film at the time.  Early years.  Maybe 2000 or 2001.  We had digital cameras but we used them for quick stuff.  Not for art.  We shot this on Astia.  With an R8 and a 90mm Summicron.  We shot all our fun stuff on Leica R cameras back then.

The lighting I used was my favorite.  A big soft light high up and to my left.

I took one look at Amy and fell in love with her face.  She was remarkable.  A natural beauty.  We shot a lot of portraits.  And we played with the light.  But that was secondary to our banter and back and forth.  It was a seduction plain and simple.  From both parties.  Eventually it all got silly and Renae broke up the moment and we all had a few glasses of wine.  Then everyone went home.  And that's the way the best portrait sessions go.  Men or women.  You meet the sitter.  You mutually conspire to fall in love in the safety of the studio, both knowing that it won't progress past the last roll of film.  You flirt, you engage, you tease.  And when you get good images you give your subject good feedback and they push closer to the invisible edge and then the moment passes and the energy ebbs aways and you become friends.  And you know you've taken a wonderful portrait.  But you know you could not have done it if your subject hadn't submitted in some way to your advances and responded in kind.

And that's when you know the magic of portraiture manifested itself to you.  If you can't fall in love with your sitters you are doomed to make documentations instead of art.  In commerce it's different.  That's why it's important to do work that pleases you and the private sitter and not worry about the masses.  Not everyone is lovable and not everyone can fall in love.......

As Renae pushed our sitter out the door she gave me a look.  She knew just where the edges of the process blurred and how to enforce her own mystical idea of inspiration.  I've never known a more prescient person and I've never had an assistant like that again.  She made herself part of the process.  And she was so valuable to my vision that I gladly let her.
Posted by Kirk, Photographer/Writer at 21:30 9 comments: