fun time at the theatre. A quick discussion of tools. 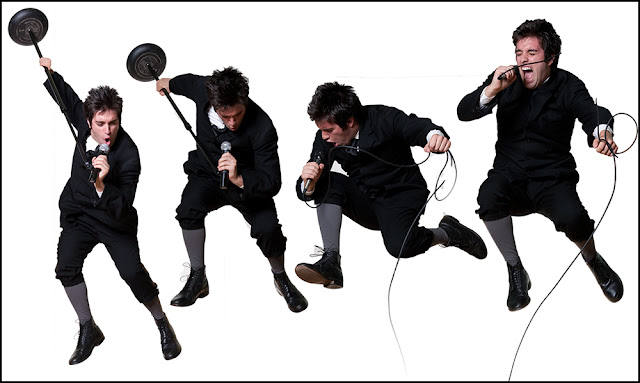 We spent part of Thurs. evening making photographs for Zach Scott Theatre.  The images will be used to promote four upcoming shows.  I like shooting stuff for Zach because they really know how to do their part of a photo shoot just right.  They're a dream client.  For me, at least.

We set a date for the shoot weeks in advance. In the course of the two weeks I received:  1. Confirmation on times and schedules.  2. A flow sheet detailing set up times, make up schedules and each actor's appearance in the make shift studio we created in their rehearsal studio. 3.  A detailed list of props that needed to be pulled together along with a list of who would be pulling props.  4.  A very pleasant e-mail asking me what wine I might like to have during the shoot.  5.  A "day before" reminder.

When I got to the theatre people were there to help me load in.  I set up a white background with two Profoto monolights

with diffuser as a main light and passed on fill light altogether.  The main light was powered by what has become my absolutely favorite flash system, the Profoto Acute 600b

.  It's a battery powered pack and head system and I drag is around with three extra batteries.  When used at 1/4 to 1/2 power the batteries last and last.

For the shots of Ian, above, we used a small trampoline to keep him airborne. 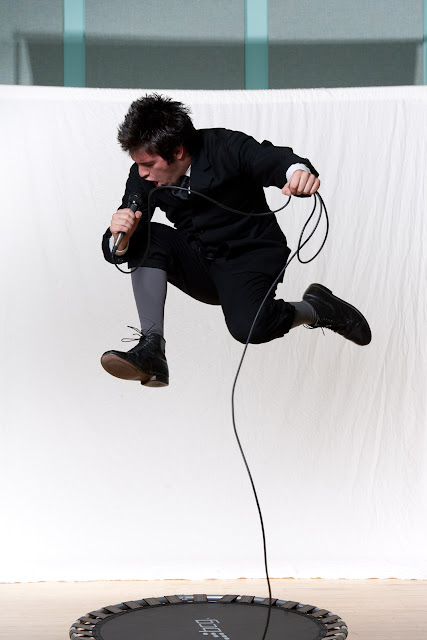 .  The shutter speed stayed at 1/125th and we settled in at f7.1 as our optimum aperture.  All of the smaller Profoto stuff does a good job (at lower power settings) of freezing action.  The secret is to make sure you don't have too much ambient light which will show off any blur inherent in the shot.

I ended up with digital files that needed no post processing at all.  I ran the file thru the raw converter in Lightroom 3.4 so I could apply a lens correction profile to each file.  I converted everything to .PSD files because the Zach designer is a very advanced Photoshop user and I knew she'd want to have the best quality to work with.

Over the course of the evening we shot:  1.  A woman illuminated entirely by the candles on a birthday cake.  2.  Very close up eyes.  3.  Ian jumping and posturing with his microphone. 4.  A woman in a cute, pink ballet/roller derby costume on roller skates and, 5. A woman in the role of a Houston socialite with a martini in her hand and high "Texas" hair.  When we wrapped we had 700 usable images.

?  They all have more resolution and that's usually a good thing but the shutter release on the 1D2 is super fast and I like being able to anticipate the arc of a jump and get it at the exact point I want.  Not a little later. I also like the faster sync speed on the shutter (as compared to the 5 and the 60).  I like the heft in my hand and I like the split screen in the finder.  Finally, when we were shooting the portrait by cake candlelight, I was amazed at how quickly and precisely the AF of that camera locked in on the eyes of my subject.

Wouldn't the files have been much better with the higher res cameras?  At high res usage they might be but when the camera is set to 160 ISO and the files are used at a size equal to or smaller than the non-interpolated maximum I find that the quality is equivalent.  In fact, I find the 1dmk2 files to have higher apparent sharpness and snap.  Maybe bigger pixel wells have a look that's different from the smaller pixel wells of their younger brothers. And it may not even be a matter of better or worse but a matter of taste.  In the same way that photographers of the past shot either Kodachrome 64 or Ektachrome 100 but not both.  A slightly different look and feel.  Part of a style.  Whatever it is I find myself drawn to shooting the older cameras much more often.

What would I like to see in a brand new camera from Canon?  I'd love to see them come out with a more stripped down brother of the 5Dmk2.  I really want to see what Canon could do with a full frame chip that has only 16 megapixels spread out across the sensor.  Much bigger pixel wells coupled with the current processing capabilities.  Might that not give most users the best of both world's?  A fast camera, not plagued by as much diffraction,  not hampered by such huge files, with a higher color purity and lower noise.  It's a camera I'd buy and I'm tempted to believe that the larger sensor wells are part of the Nikon strategy and why they've kept the D3 and D700 resolutions at 12 megapixels.

The camera that intrigues me right now is the 1dmkIV.  I'll confess to liking the frame size as it relates to lenses and I like the speed and the files sizes.  I've heard that the image quality actually nudges out the 5d2 but this is probably more related to newer processors and tightened processing algorithms than any superiority of the physical parts.  And I like the feel and heft of the body.

The very next day I photographed the kids at the Rollingwood Waves first swim meet of the season.  I used two Canon 1d2 bodies.  On one I had at 70-200mm L lens

and on the other a 20mm EF lens.  I experimented with the AI autofocus, using all sensors.  When I finish up this blog I'll start downloading the files from the meet.  Should be fun to compare them to the files done over the last ten years.  Almost like a living history of the development of digital cameras.  Whatever will I do when I find out, that for all practical purposes, there is not much of a difference between the Olympus e10 and the Canon 5dmk2?  Hmmmm. 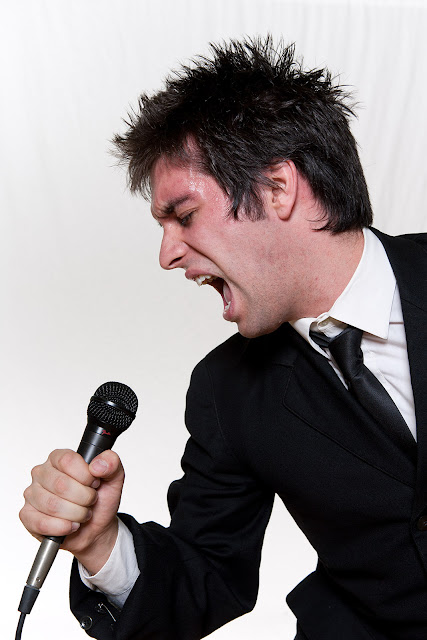 Posted by Kirk, Photographer/Writer at 11:10 7 comments: