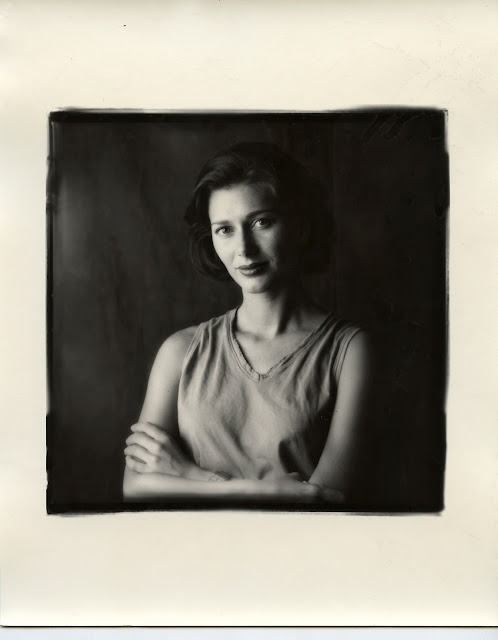 This was a test print that didn't get washed very well.  It was rescued from the trash and re-washed and I love the way it looks.  It's naturally, chemically and physically distressed.  It didn't happen randomly.  It happened over time.


I like stuff that's part of the thought process.  When we process on the computer we rarely save the interim steps.  With prints they are all interim steps because, if we like the actual image enough, we're always trying to reprint it to get everything just right.  We never get there and that's part of the joy and challenge of the process....
Posted by Kirk, Photographer/Writer at 20:53 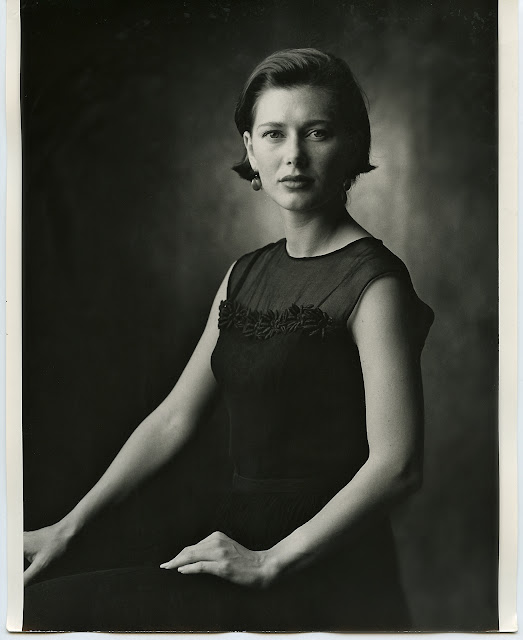 When the days of large studios for every working photographer came to an end it changed my style of doing portraits.  I always liked the look of long lenses for portraits and even longer distances between the subject and the background.  The further back from a subject that I could put the background meant two things:  1.  I could keep all the unwanted light off the background and I could light it as a totally separate plane.  And, 2.  I could place just about any surface or texture in the background and be able to render it totally out of focus if I wanted to.
My last "real" studio was in a music warehouse in east Austin with a shooting space that was sixty five feet deep.  I shot many of my portraits with a 250mm lens on a medium format camera and routinely placed the background 25 or 30 feet back from my sitter.  This gives you an awesome control over the intensity and depth of your shadow areas and goes a long way toward creating drama in a photograph.   Now, when I'm scouting locations I'm always looking for the longest unencumbered space I can find.
My dream studio would have 24 foot ceilings and a shooting space that's 30 feet wide by 100 feet deep. I'd paint the ceiling matte black and the floor a neutral, battleship grey.  I'd leave the walls white so I don't go crazy but I'd make sure I had lots and lots of black drape to put over them as needed.  Then I'd spend all my time trying to do portraits like the one above.  And that would make me pretty happy.
Hope the holidays are coming along well for you.  Keep in mind that not everyone does well with holidays and give them some extra space or some extra love.  Whichever they need.  And if you can swing it, consider setting up a simple, temporary studio in your home for the holidays.  It's so rare for families to come together and it might be nice to get some small group shots and individual portraits.  Maybe even print them out and give em away.  You'll find that people love portraits more than they think....
I turned in my last job this morning and returned all the props.  I had my first afternoon totally free from work today.  I swam at noon with my master's team, had lunch at the vegan bar at Whole Foods and strolled around town with both the Nikon V1 and the Olympus EP3 stuck into a new, little Lowepro Sling bag.  Comfy.  The Pen for high speed lenses and the Nikon for the zooms.  Not a bad way to decompress.  Cappuccino at Caffe Medici on 2nd Street and Congress Ave. and then back home to nap on the couch with the dog.  Happiness is a warm dog.
Posted by Kirk, Photographer/Writer at 20:38 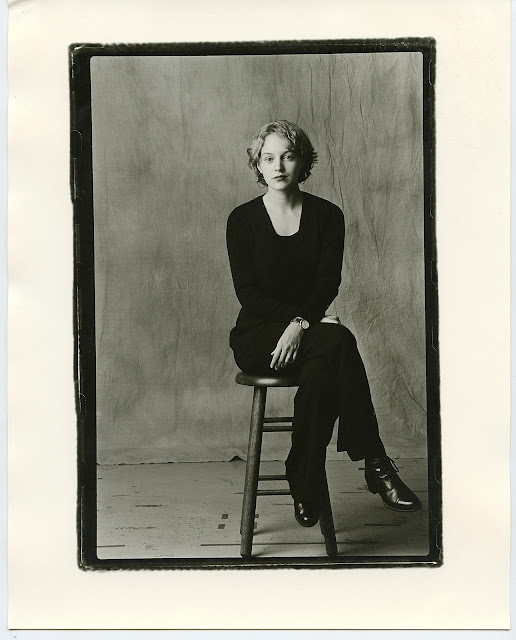