Re-inventing the portrait for myself. 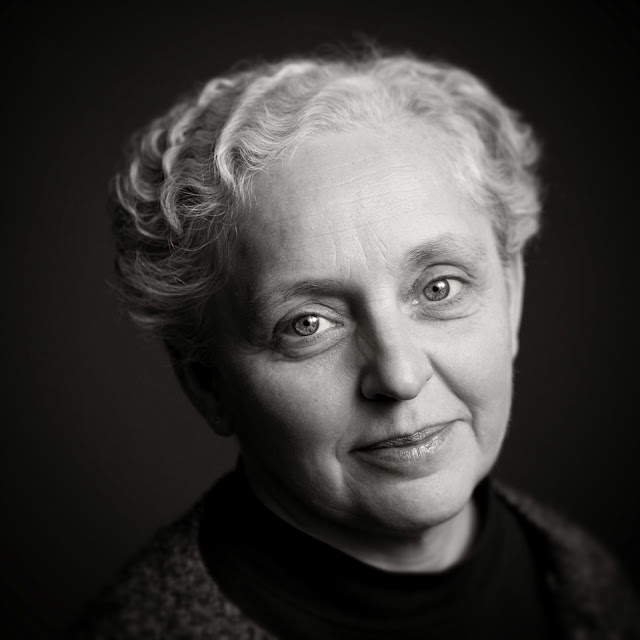 When I first learned how to do portraits I learned from a Brooks Graduate.  We used at least three lights.  We carefully focused a medium format camera and we worked slowly and methodically.  The only job I've held as a photographic assistant was a short stay at a two generations old studio right next to the Texas state capitol building.  The owners, all highly trained photographers, made their living serving two constituencies.  They made official portraits of each state representative and senator for display in the capitol and for use by the state officials.  These were all done in black and white.  They were also the official provider of formal portraits for all the sorority girls at the University of Texas at Austin.  All the portraits done by the studio were shot on 5x7 inch black and white Ektapan film and developed by hand.  The images of the sorority girls were done in a style that called for the girls to be draped in a white fabric that left their shoulders bare but covered any hint of breasts.

The girls were photographed with an ancient portrait lens which obscured any skin detail and many faults.  The lighting came from ancient Photogenic studio electronic flashes that we wheeled into adjustment on large, caster equipped light stands.  The lights were a mix of giant beauty dishes and soft banks.

Once the girls were photographed it was my job to pull the film from the holders, transport it down to the large lab in the basement and tank develop all of it.  We had a drying room just for film, with lots of taut lines and clothespins or metal clips to hang the film from.  Once the film was dry I would contact print it on "printing out" paper.  This was a paper that would slowly fade away with prolonged exposure to daylight.  It kept the customers from keeping the proofs and not coming back for their prints.

Once an image selection was made I would print the images onto soft surfaced, Kodak Ektalure G surface paper.  We used this paper because it was nice and thick and, with the G surface we could use actual lead pencils for spotting and retouching.  At the end of a busy day the whole staff would sit around two tables in a sun splashed room spotting with pencils.  It was a skill that made spotone-ing with brushes look simple.

My problem was that with all the soft focus and all the retouching (both on the 5x7 inch negatives and on the prints) I couldn't tell the customers apart.  And I suspect that only close friends and families could really discern who was in the frame.  But I learned a lot.  I learned that in the old days one followed the proforma of the day and that lighting had rules....

I didn't last long because I was young and impatient and I hated the style of photography we did.  And said so once too often... Ah.  Reckless youth.

When I started to shoot portraits for myself I had as resources my experience with the formal studio and my training at the hands of the Brooks master photographer.  A died-in-the-wool PPofA (Professional Photographers of America) stalwart.  Lots of rules.  Lots of "this is the way it's done."  Good technical grounding but a whole different time period of aesthetics.

I experimented.  I liked softer light and sharper film.  I liked deeper shadows and less retouching.  And I like what you could do with just two lights.  One for the background and one for the person sitting in front of the camera.

For the last twenty years I've lit portraits in pretty much the same way.  Usually with flash and usually with big, soft light sources.

Now, I'd like to re-invent my portraits.  I want them to be more intimate and direct but I still want the light to be soft and contrasting.

Today I asked Belinda to come to the studio so I could test out the little Olympus 45mm 1.8 lens on the EP-3 camera.  I set up two of the 1,000 bulb LED panels behind a four foot by four foot 3/4 stop scrim and put them over to my right.  I set the camera at ISO 250 and shot at 1/125th at f2.8.  And I liked everything I shot today.  The Olympus shoots square if I ask it too and Lightroom 4.0 shows the file square if the camera is set that way.  Belinda wanted a black and white image for a marketing piece so I made the conversion in PhotoShop's black and white adjustment panel.

I think I'll spend the rest of the year re-inventing the whole idea of portraits.  Now that I can do what I want, handheld, with LED lights, with a micro four thirds camera and a really nice lens.  Why not?

Another version with a little post processing for fun. 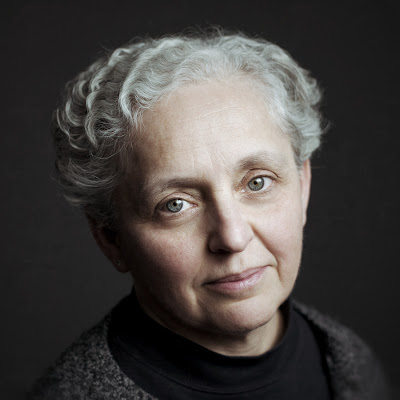 Just a few notes on some technology that I'd ignored:
I used the Olympus Pen EP3 to shoot this image.
It has a very, very fast and accurate face recognition control for autofocus.
You can even tell it which eye to focus on.  Closest,
Furthest, Left or Right.  It works.  It's amazing.
It's accurate and it beats the hell out of
racking the lens in and out trying to get an exact
focus and then having your subject move slightly and
throw it all out of wack.
This was the most revolutionary part of my little
portrait session.  I could, for all intents and purposes,
ignore the chore of focusing and be certain that the camera
would select exactly what I would have.
What a burden lifted.
Thank you, Frank.
Posted by Kirk Tuck, Photographer/Writer at 17:04

I would give Olympus a Nobel prize for advancement in auto-focus technology. I think they will make it even better in the OM-D. Reason enough for any street or portrait shooter. I really like the lighting you are conjuring from those LED's. Great portrait.

I didn't know about the focus on the eyes feature. A good reason to upgrade from my E-PL1, someday, in the future.

Right, that monochrome is wonderful. Plus, like Andy wrote, this will give me a reason to upgrade from the E-PL1 one day.

Wow...that's a beautiful portrait and a wonderful expression. Can I give a very small critique? In the color version, Belinda seems more melancholy. I'm not certain, but I think it might be the lightening of her eye lines. Somehow her smile seems less warm than the black and white version. Or am I wrong and it's a different frame with a very slightly different expression? Wish I could get that kind of expression from my wife when she's in front of the camera. Don't get me wrong; she gives me loving expressions all the time, but when she's having her portrait made by me, she usually looks exasperated. ;-)

I'm planning a move to a smaller camera for my documentary work; you're one of the ones that has me contemplating using one for my portrait work as well. Although I want to investigate LED lights, I'll probably keep using flash, at least for the background. That means the E-P3 is out, however tempting it may be, as I really don't want to compose with the LCD. The OM-D doesn't quite fit what I want, either, so I'm leaning toward the Fuji. Time to save!

Aaron, the color image is from a different frame taken during the shoot. It's not the same image.

(1) Trying to explain the basics of photography to a friend who had just gotten the cheapest EOS, and constantly failing in my attempts to outsmart the computer inside the canera and making it do what I wanted to

(2) Deciding to use my Canon S95 in "P"-mode and Auto ISO (80-800) instead of "A" and manual ISO, since it does actually think like me when choosing aperture and ISO. So why should I bother doing it myself instead of taking pictures ??

Beautiful b&w portrait, clearly i must get this lens and i'm going to have to distract myself for a couple of months so as to survive the wait for the OM-D… I look forward to seeing more of your samples from the great re-invent portraits project

Great portraits, especially the B&W. The shadows are deep and the highlights are smooth. If you told me they were taken with medium format, I would've believed you. Or maybe I'm full of it I don't know...