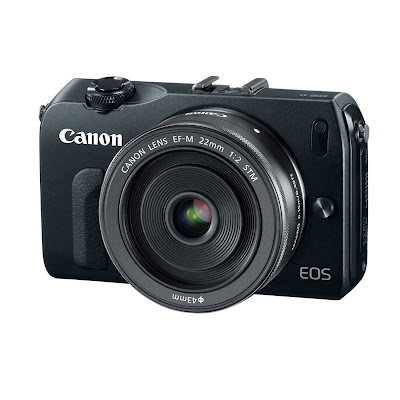 I'm sure that many people will buy this camera.  But why?

Let me back up and say that this camera will probably be a nice camera. Why? The promise of good high ISO performance which seems to be so important to so many amateur photographers.  The familiar name.  The minimal design. A nice bright screen on the back.  A normal hot shoe and.......that's about it.

I'm amazed at both the price and the offering. Let's start with the ultimate deal killer:  At $799 you get a point and shoot camera, with an interchangeable, single focal length lens, that you must hold at arm's length in order to focus or view the image. There's not even a port for an add-on EVF.  Have Canon not been paying attention to the growing legion of photographers who have figured out just how great EVFs are?  How cynical.  The cunning corporate concept seems to be that the iPhone and iPhoneography have so dumbed down picture takers that now the dirty baby diaper camera hold is considered a reasonable standard?   I guess no one shoots in the sunlight anymore. I guess no one wants a really stable camera hold.

It's basically a re-do of their boring G1X bloated compact camera but without the swivel screen, without the pop-up flash and without even the benefit of a creepy, point 85 plastic optical viewfinder.  So you actually get a lot less stuff but the same performance for the same basic price point?  And this makes sense to rational photographers? How?

I want to ask the people who have already rushed to pre-order one of these from Amazon, "What were you thinking?  Have you never seen a Panasonic G3 or G5 or GX1? or Olympus EPL-2? Or even a Canon rebel T3i?"  There are so many great bargains out there that this camera seems unbelievably cynical.

For the majestic price of $799 for what is basically a box camera you could have a Nikon D3200 with 24 screaming good megapixels, a very decent VR kit lens, a real optical finder,  a built in flash, and four 32 gigabyte SD cards.  You'd end up with a decent and flexible zoom lens and a camera with a real finder and an LCD screen.  Two for the price of one.

Is it the size? Surely people have read the reviews of the Sony RX 100 which is about 1/3 smaller and probably makes images that are just as good.

I hope someone can explain it to me because I'm mystified. What is the appeal?  Is it just "safe" because it's a Canon?

If I were in the market for a small, mirror-less camera I'd be waiting for the next generation of Olympus Pen cameras.  If they incorporate the IBIS and sensor of the OMD EM-5 Canon buyers who later compare will probably be reduced to tears.  Oh well.  To each their own....I guess.

Posted by Kirk, Photographer/Writer at 21:07 68 comments: