I think I'm getting the hang of this Sony Nex-7 stuff. Need more practice. 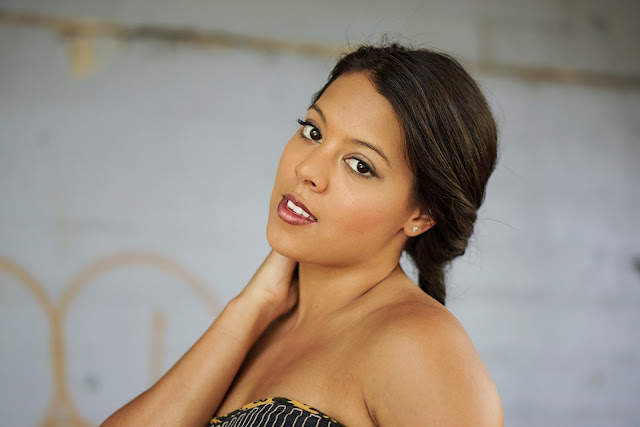 My friend, Noellia the actor, just wrapped up a six month project for Disney and came home to Austin to visit friends and family. She called me up to see if we could get together and spend a little time shooting some photos.  I first met Noellia when I cast her for an ad campaign nearly nine years ago.  She had just turned eighteen and answered a casting call.  We've done many projects together since then and she was a consistent and wonderfully patient model for me during the production of four of my five books on photography.

I thought our "around the town" photo session would be the perfect chance to try out the the little Sony Nex7 and see of what it was capable.  My first intention was to shoot a bunch of images with the bigger a77 camera and to kind of toss the Nex7 into the mix from time to time. But I started out with the 50mm 1.8 lens on the front of the Nex7 and, after a few minutes going back and forth between the two cameras I tossed the a77 into my camera bag and leaned on the little camera for the rest of the day.  Nearly all of the images in this particular blog were shot wide open at f 1.8. I thought the lens performed very well when used wide open.  I also like the focal length and, when used at the right distance from my subject, it was good at throwing backgrounds out of focus. 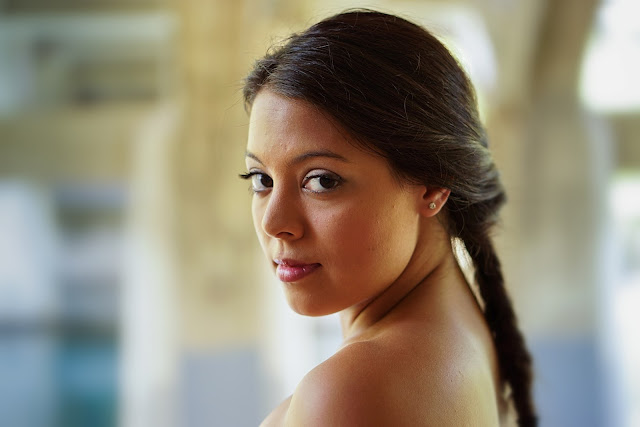 I'd read so many articles and reviews that mention two "faults" in this camera.  The first one being battery life that's limited to about 350 to 400 exposures.  I was careful to bring two fully charged batteries along with me but surprised to find that I shot nearly 1,000 frames and still had over 50% power remaining on my first battery at the end. (I don't post-chimp much and never use the built in flash...) The second fault was said to be the rather logically opaque and chaotic menu interface and dial set-up.  It didn't seem very daunting to me.  If you shoot in aperture priority your left control dial takes care of selecting apertures while the right side dial gives you immediate exposure compensation control.  Easy as pie.  Once you figure out that a couple touches on the navigation button gets you to the white balance menu you're pretty much done messing with stuff. I don't change ISO frequently and I tend to find modes I like and to stay with them.

We started our photo spree at the Barton Springs spillway and then walked down to the bridge that brings Barton Springs road over the miniature train bridge and pedestrian bridge on the east side of Zilker Park.  (The image above was shot under the bridge).  The day was steamy and hot but we didn't pay much attention to the heat.  We were busy having fun photographing and catching up.  Noellia, being the consumate NYC professional actor brought her own make-up and hair pro along with her...

After playing around in the park we headed downtown to make some fun images in the open shade of the buildings on the south side of Second Street.  Of course we ended up at Caffe Medici where we shot with abandon.  (The owner, Michael, is very photo friendly). 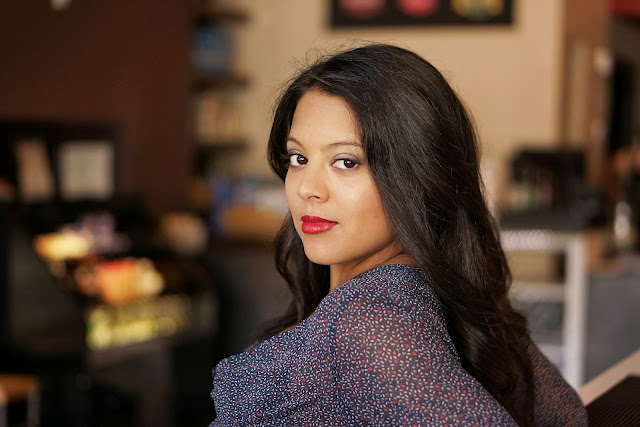 I had heard from misguided reviews on the web that the Jpegs out of this camera were mediocre compared to other cameras so, of course, I chose to shoot everything as a large, fine Jpeg.  In fact, I thought the jpegs were highly detailed and well mannered.  At a certain point I tossed everything but the Nex 7 and the 50mm 1.8 back in the bag and stuck the bag in the car.  Intellectually I like the idea of having other lens options.  Aesthetically, I like the black finished 18-55mm lens because it matches the body so well, but the reality is that the 50mm, on that cropped sensor is a pretty compelling match for the way I like to see stuff so I don't see it coming off the front of the camera any time soon. 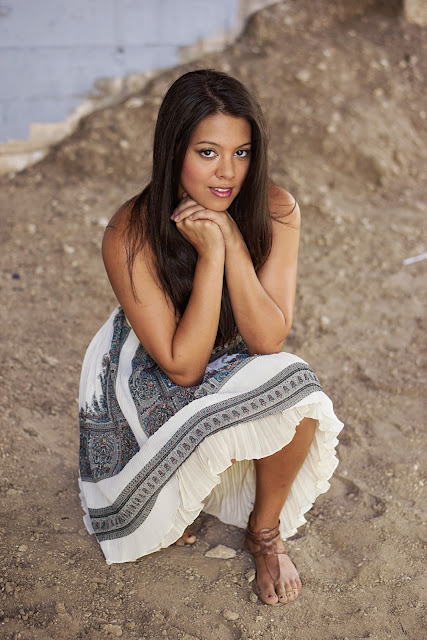 The only thing I had problems with out in the field was setting the DRO (dynamic range optimizer).  I could get to it in the menu I just couldn't figure out how to change it.  Every thing else seemed pretty straightforward to me. 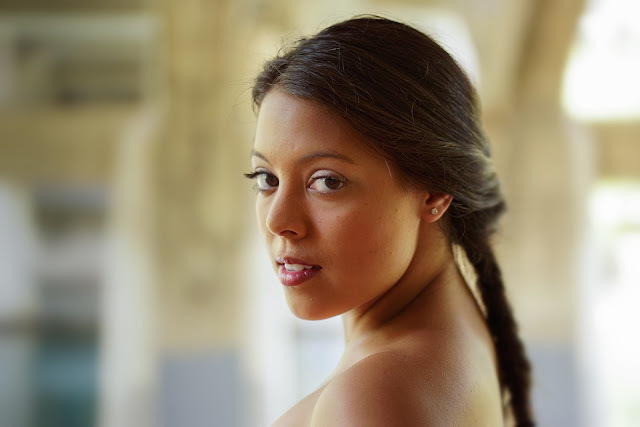 Noellia and I had a fun afternoon.  She got to see Ben.  Ben got to see her.  She reminded me of why I like to shoot professional actors.... it's the talent.  Tomorrow I'll go out and shoot more stuff with the new camera.  Me liking the Sony Nex 7 camera right now doesn't mean I think all other cameras are bad.  I just think this one is really good.