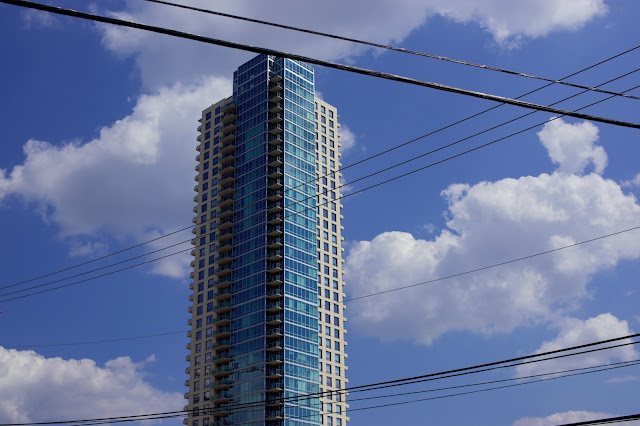 I like to photograph the Spring Condo building. My friends, Perry Lorenz and Robert Barnstone, developed the property and I like the way it works from many angles in the Austin skyline. I also like this view from the corner of 5th St. and Lamar Blvd. because of the bizarre maze of power cables and telephone lines that run through the intersection. Mostly though I like the building as a foil for the clouds...

You may remember from yesterday's post that I picked up a new copy of the Sigma 50mm 1.4 lens. I did it because the lens is currently being rebated (verb invention) and the price of $399 seems just right for a good, fast 50mm. If it delivers. After I picked up the lens at Precision Camera I headed downtown to pick up a couple bottles of wine and some razor blades at Whole Foods Market. Razor blades at Whole Foods Market? I wanted to experience organic shaving at least once in my life...

I shot a couple images of the Spring building and later I did some pixel peeping to see how the lens was at near infinity, f5.6. I think it's pretty nice but I've also attached an enlarged section to show how it handles detail. So far I'm happy. Now I'm waiting for some low light opportunities to shoot some available light portraits at the more adventurous apertures. I'll probably have some opportunities at a dress rehearsal at the theatre tonight around 8:30. I'm documenting the performance of a new Janis Joplin production. Of course, most of the capture glory will end up going to the 70-200mm but that's just because of its reach. 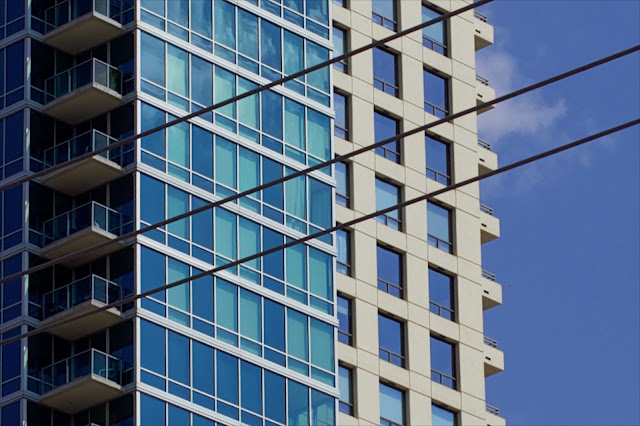 Section from Spring shot above. 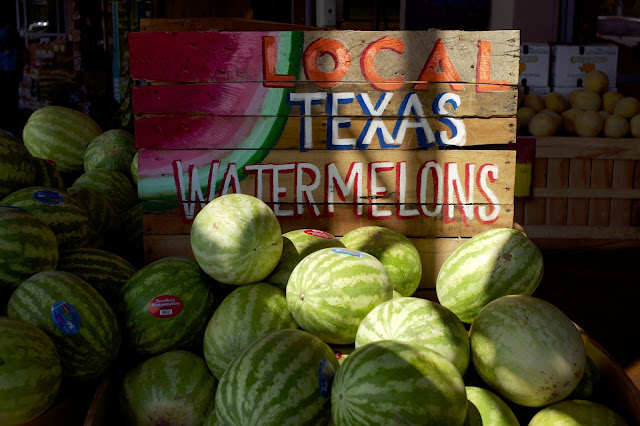 This final shot is a display on the walk outside Whole Foods. I like the way they do their folksy, handmade-esque signage. It's so well done you'd almost believe that they had someone back in produce paint the sign by hand, out on the loading dock. Too bad I didn't bring an on camera flash, I could have nuked the hell out of those shadows and really opened them up. (sarcasm alert).

I'm happy I got the new lens. It's big and stout. So far it's proven to be very sharp and well behaved. I'll post more when I've had a chance to use it closer to the extremes. The 50mm 1.4 Sigma is also available in Canon and Nikon mounts. With the Sony cameras it can take advantage of the in body image stabilization. But sometimes I turn it off, drink three espressos and see what I can get away with......

Posted by Kirk Tuck, Photographer/Writer at 11:49