New Year's Day Walk with the Sony a99 and One Lens. 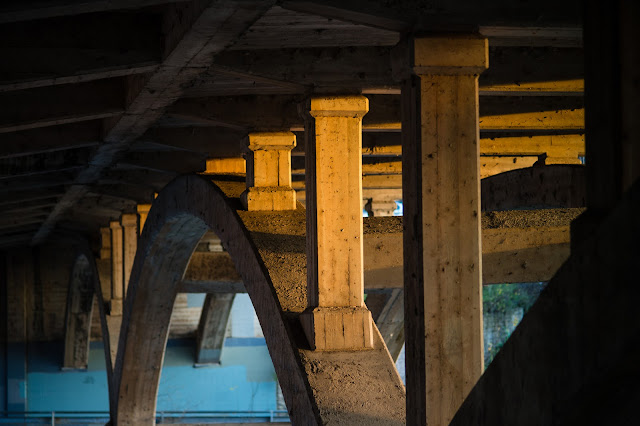 I've been learning things about myself lately that I would never have suspected in the past. One thing I've learned is that I'm not comfortable with expensive cameras. I bought a Sony a99 (which I consider to be expensive) and I've been uncomfortable taking it outside the studio on walks. It's not that I think anything in particular will happen to it, rather, on some subconscious level I think I'm just anxious about using it up.  With less expensive cameras I never worry about things like the number of shutter actuations I'm putting on a camera, or how much the camera gets bounced around. But, when I take an expensive camera out I tend to think the way I do when I put on a nice suit---I don't want to get it dirty or scuffed.  And if I really like the way the suit fits I don't want to---use it up.

I know it's a bit crazy but I have no compunction at all dragging any of the other cameras around with me. Anyway, just to get over my irrational dis-logic I grabbed the a99 and the 85mm Sony f2.8 lens and took it out for a long New Year's Day walk. And what I found out was that this particular camera is.....lovely.

I started my walk at Barton Springs Pool and headed downtown. The roundtrip was about four and a half miles, plus a detour for a cappuccino at Caffe Medici and a quick stop at Whole Foods Market on Sixth and Lamar. 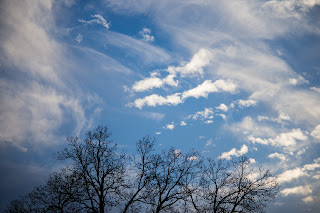 The three attributes of the a99 that I find I like best are: 1. The very quiet and un-frenetic shutter. There's no mirror slap and the first curtain is set to be electronic so the noise profile of the camera is low and subdued. A secondary benefit, beyond aural discretion, is the elimination of the mirror and shutter vibration that comes with most DSLRs and seems magnified in full frame DSLR cameras.

2. The electronic viewfinder is a very efficient way to compose and technically "set" photographs. I've mentioned the idea of "pre-chimping" on a regular basis since I started working with the nice electronic viewfinder produced by Olympus for the various Pen cameras. The viewfinder on the a99 is big, clear, detailed and nearly transparent, from an operational point of view. I love being able to look into the EVF and see, immediately, if the scene will be properly exposed, or if I have to pay more attention to white balance or contrast. And being able to visualize the effects of custom creative settings before committing to a frame is wonderful.

I understand that some people feel the (few) issues with an EVF outweigh the value provided by the technology but I regard the EVF as mandatory now for truly professional photographic tools. I also like that the brightness and the color balance of the EVF can be fine-tuned or customized to each user's preferences.

3. Finally, the camera is neither too big nor too heavy to carry around for hours at a time. Nothing like the ponderous Canon 1DS mk2 I was carrying around a couple of years ago. The a99 is smaller than other professionally targeted cameras and it's a real benefit for the people who go everywhere with their cameras. The same can be said for the tiny, 85mm f2.8 lens. It weighs next to nothing.  If I need to feel burdened in order to justify my status as a professional photographer I have several options: I could seek out the assistance of a mental health expert or, I could add a battery grip to the bottom of the a99 bringing up the weight (three batteries, total, in the mix in this configuration) and size by at least 50%. But my perception is that clients don't really care about the cameras anymore and most of the non-professional photographers I hang around with actually like the idea of "smaller, lighter but still high quality." 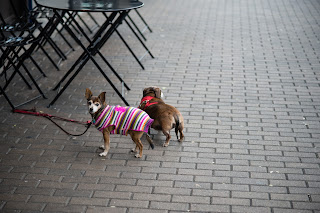 I was happy with the Sony a77's and I'm very happy with my two Nex cameras so why did I bite the big financial bullet and drag home this expensive tool? I can answer that by telling you a tiny part of my conversation with a good, long time client I met for lunch at our favorite Chinese restaurant today. We were talking about doing more marketing work for several restaurant groups in Austin and he wanted to know if I was still moving into video.  All of the websites will probably end up getting video art on the landing pages. He wants to work with me as the supplier for both stills and video and he was checking in to see that I still had the desire to do video and, more importantly, that I was still making forward progress in the field.

He loves kinetic, handheld, fast cut video and we talked for a bit about the capabilities of the a99. He suggested I work on my hand held video snapshot style and we moved on to another conversation. If I do one or two video projects for the restaurants I will have paid for the camera all at once. But more importantly it's easier to shoot fast moving stuff when you can maintain full phase detection autofocus or just as easily switch to manual focus and make use of the very well implemented focus peaking. The client likes slow motion effects and the a99 is one of the first DSLRs to offer native 60 fps at its highest resolution and quality settings. It slows down beautifully, in post production, for slo-mo effects.

So, as I walked around the lake and through downtown I started to warm up to the a99 pretty much for the first time. Amazing to me given that I've had the camera for more than a month now and this is my first real episode of bonding with the device. 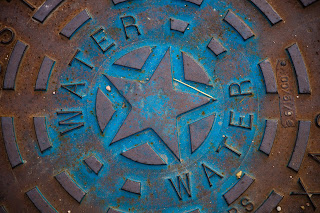 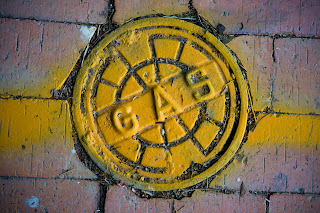 But the proof of the pudding is in the tasting. I knew it was a good serviceable camera when I reviewed the high ISO images I'd made a few weeks ago at the Dell World Conference but now I had a new set of images to pry into and analyze. I shot raw yesterday and converted in Lightroom 4.3. The colors are rich and the files have the long tonality that comes from generous dynamic range and well engineered, in camera curves. 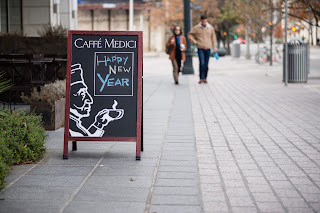 It's hard to get emotional about the a99.  There are no real eccentricities of the kind that make you love and hate a tool simultaneously. The best description I can come up with is that it feels incredibly neutral. The ball is in your court. The camera can be configured to render a bunch of different looks but in the hand and in the raw processor the overwhelming feeling is neutrality.

It might be the Goldilocks story of top professional cameras: Not too little, not too big. Not too wacky but not too normal. From the sensor to the handling to the sound, to the feeling you get when you hold it, everything seems just right.

In my experience there are two ways to fall in love. One is the instant reckless infatuation. You fall head over heels when the other person walks through the door. For weeks or months the other person can do no wrong. Every conversation is enchanting but-----a short time later there's the fiery break up, the realization that you have nothing in common and that your friends are staunch conservatives while her's are Molotov cocktail throwing Marxist radicals. In a flash it's all over between you.

And then there's the person you fall in love with after a long, growing friendship. It's quieter, less dramatic and less---emotional. But it lasts and it causes a lot less wear and tear on you.

As I warm up to the Sony a99 I think it's a lot more like the second option. Less drama, more value. A few more walks and I think we'll be comfortable together.

Posted by Kirk, Photographer/Writer at 15:54 7 comments:

A new year of photography. I only have one resolution... 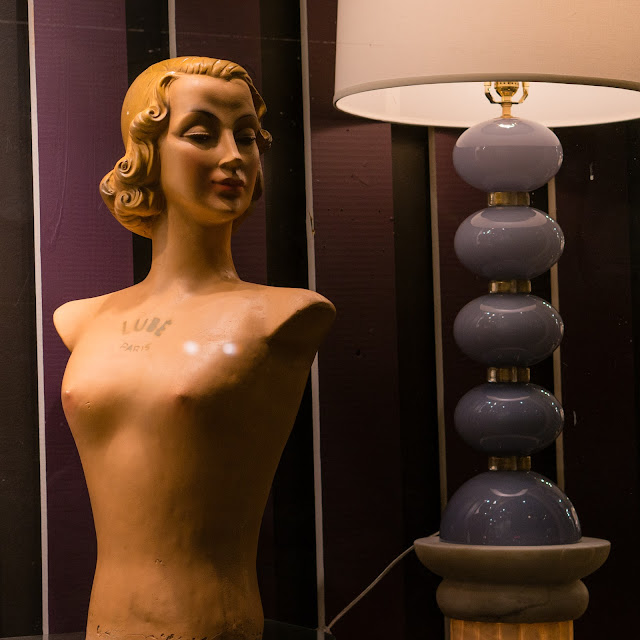 And that resolution is to spend less time sitting in front of my computer and more time out walking, taking photos, dipping myself into the river of real life. I have lots of micro goals but taking back my time from the tar pits of the internet is the sole resolution.  To that end I've wound down my participation in almost every forum out there. My time on Facebook is limited to about five minutes a day. I've largely given up on Twitter except to automatically post a notice every time I finished publishing a blog.

My take on the whole internet thing is this: The more information I accrue the less I know. Reading about something is not the same as understanding through doing. Reading someone else's description of eating a great meal is never as satisfying as sitting down and experiencing that meal on your own. For the same reason I never waste time watching sports on TV (or in person). Why would you want to do that when you can go out and play the sport yourself?

So many of my friends are locked into a logic pit or endless learning loop. They spend hours every day reading about someone else's photographic techniques as though reading about it is an osmotic process that will embue them with the knowledge they need to do something with their cameras. In the end they might discover that the only real knowledge is that which they win themselves. Trial and error is a better learning tool than most other methods. Trying and refining is the next tool. Mastery and abandonment is the next step. Learn something remarkably well and then abandon it in order to do the art without conscious reference to operational information and logic. But all the web can offer is a river of information. It doesn't offer the trial, the test, the process of making the art your own. I used to look to the web for indications of where photography was going. All I discovered is that everyone's work is going in all different directions and none of those directions have anything to do with my work.

My goal isn't to master a fad or a popular technique. My goal is to make images that matter to me. In my style. And that's a style I've built over decades; one I don't plan on changing to match the whims of collective. If you are having problems developing a style the first step is to turn off all the external influences that distract you.  And that means less time on the internet and more time doing your work.

The image above was taken last Saturday. I'd gone for a walk in the late afternoon.  I'd passed by this building so many times during daylight hours and never really looked in the windows but when the daylight faded and the lights of the display became dominant the form stood out. I was carrying my Sony Nex-6 and the (permanently attached :-) ) 50mm 1.8 OSS lens. I lifted it to my eye and snapped a few frames. When I got back to the studio I cropped it square and printed a small copy. I can't explain why I like it but I do. And if I'd spent the time "researching" on the web I would have never seen the scene in this particular light. It would not have existed for me.

My one resolution: Create more photographs. Spend less time on the internet.

“Inspiration is for amateurs—the rest of us just show up and get to work,” --Chuck Close

Posted by Kirk, Photographer/Writer at 10:25 8 comments: