Moving through space and time. 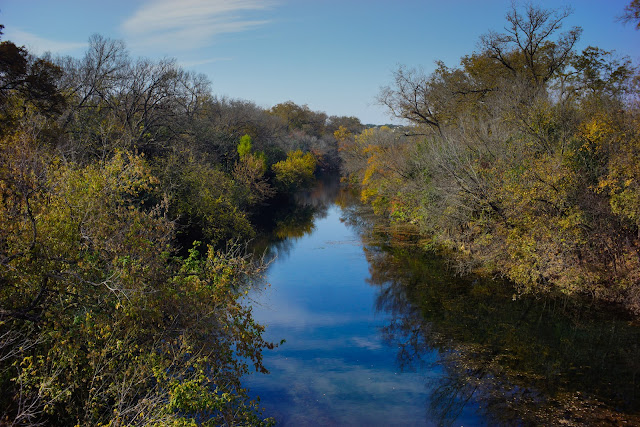 Self awareness is an interesting proposition. I've been writing this blog for about four years now and it somewhat constitutes a daily journal for me. While most people come along for the ride to read about the equipment, looking backwards, the most valuable function for me is a reflection of my ever changing state of mind and spirit as I move through familiar spaces. My other surprise is the extent to which a written record also shows me how we move through time.

When I started my journey in photography oh so many years ago I was like a guest at a Bacchanalian feast. I was hungry to try everything and I was mesmerized by the songs of many older practitioners who held sway and tried to hand down traditions and myths about the undertaking of photography, and of being an artist.

Having worked with huge lights and eight by ten inch view cameras, shooting an indiscriminate catalog of subjects, I can see over the decades a paring down, not necessarily of the equipment but of the things I like to shoot. The paring down of equipment is a related process of attrition and transformation. Like flowing along with the current in a stream.

So, what does my four years of blogging tell me about equipment? For the most part I would have saved an enormous amount of time and money with no real impact on the quality of my images if I had just kept the original Nikon D2X that I worked with back in 2006 and the collection of lenses I had at that time. I've worked with a number of cameras since then, most with higher megapixel counts and supposedly better performance but my style of shooting followed a different path than what the designers of the newer cameras seemed to envision.

I keep using all these machines at their lowest ISOs for my serious work because my subjects are rarely moving around frenetically and I like controlling the light. With this in mind the image quality performance of the D2x was always just fine. The camera and sensor designers seemed hell bent on making high ISO performance the sine qua non of camera progress.  Just yesterday I shot some interiors at a salon/spa. While I could have used the Sony a99 at 3200 ISO I was using a tripod (gotta keep that horizon level...) and it was just as easy to use ISO 100.

My relentless buying and selling of cameras of course unmasks a basic lack of self confidence in my own vision. That's why we all keep running to the store. We hope that someone will come up with a piece of technology that, in itself, will be so profoundly good that it will mask whatever our self-perceived creative weaknesses are. We continually hope that there's a magic lens which we can use to make our images sing in a different way. In the end we've spent $500 or $5,000 for a new magic lens only to come back to the realization that we've been taken once again....by our own psychological frailties.

When I look back farther I can see that a camera like the Fuji S5 was a wonderful camera and made very pretty files of people's faces.  But I believed the hype about more megapixels and rushed to buy the next dose.  It turned out to be the ten megapixel Nikon D200 which is the worst digital camera I have ever owned. Especially for portraits... But boy how I tried to believe in it. Only to dump it as quick as I could for those two additional megapixels in the D2x.

Reading through the blog shows me the stop and start nature of my conviction to logic followed by my surrender to advertising fueled desire. I can read the more thoughtful blog entries and see that I knew with extreme clarity that the cameras were largely indifferent to the process at large. They were basically as interchangeable as mid level SUV's or smart phones. But our desire to have them reveal some inner magic seems (at least in my case) to be inescapable.

What else have I learned? How about: Light is light. Whether it's expensive light or cheap light it's still just light. I've been interested in LEDs but I'd say that part of my interest, beyond a curiosity about new technologies, has always been centered around finding a style that I could call my own. The LEDs represented a differentiation from the mainstream. A way of being special. But in the end they are just lights that don't flash. Interchangeable with other lights that don't flash. Yes, there are attributes and detractions to every type of light but the lure of the new in lighting is just like the lure of this year's smart phone compared to the one you bought six months ago. Faster? Sure. Slimmer? Sure. But are your conversations any more interesting? Have your texts turned eloquent? Probably not. Probably no more than buying a D800 made all your photographs interesting and special.

That brings us to personal growth and I don't know how you measure that and whether the kind of growth most people talk about is really any better than the growth of one's waistline or that mole on your shoulder. I think what most people call "spiritual growth" is just a growing acceptance of the inevitable made a little bit more palatable by the idea that there's some grand plan. Surrender? A willingness to accept a convenience premise? Real mystical stuff that I don't get?

Reading through the blog shows me that I've moved from a point in my career where I thought I knew everything to a point where every day seems like a brand new invention of photography. Especially the business side of the whole deal. At some point I realized that I'd gotten really good at producing stuff that people weren't buying anymore. You can be angry or frustrated or fearful about the market or culture shifting away from your own competencies but if you depend on what you shoot to trade for what you eat you need to move past any emotional attachment to the way we used to do stuff and pay attention to what works now.

This doesn't necessarily mean a wholesale "walk away" from your style, your point of view or shooting what you enjoy but, it sure means that you might need to change the way you bill, the way you charge, the way you shoot and how you diversify. The thread that should run through everything though should be to honestly have fun with your work. You don't have to love everything but you sure have to like the process. But to fall back in love with the process you have to yield to the idea that everything changes. It's always tough to stomach that change must include me...

How does this work in real life? Work is more fragmented. There are many fewer days of continuous shooting and more small, intense work periods. One CEO portrait done at speed versus a cattle call of the senior staff. The work is looser and less formal. The (self-imposed) technical restrictions on what we have to shoot with have evaporated. Seriously, if you could get the best image of a subject with a cell phone as opposed to a traditional camera I have not doubt that it would be workable and acceptable. Not in every circle but in many.

Everything feels more collaborative now. We're not silo'ed by our expertise as we once were and we're not always driving the train. It's more of a shared perspective. I can see that over time, in my posts. And when I look at my work I see change everywhere. We now light to look unlit. We pose to look un-posed and we post process to make our technical competence yield to a more organic or even photo-primitive look.

It's easy for people who don't make their living through photography to say that they/we don't have to change and we should (moral or ethical imperative) stick to our guns and do what we like but that totally disregards the role that clients play in the commercial dance. They taste wide and far and they taste in the company of their peers. There are trends and there are styles. Just as with food clients get to pick and choose from a rich visual menu. We might personally like pot roast but it might be an increasingly hard sell to a generation of kale eaters.

But when I look hard and read between all of the thousands of lines I've written I do see one trend that makes me sad. The easier it becomes to take a photograph the harder it becomes to really enjoy photographs. To really like photographs. The ubiquity of images and the lack of friction in their delivery takes away any pleasure of discovery. The instant copying of original work and techniques dilutes the relative value of the originals. We, collectively, have become a giant, automated machine like one of the robotic vacuum cleaners. Our machine rolls through the world at all hours, seconds and minutes snapping disseminating, referencing and feeding back images of everything and everyone without pause and without filtration. We have, in essence, become a million monkeys typing at a million typewriters for a million years. But with a faster feedback loop and more feeder bars (feedback sources) to give us treats for micro-completions.

There are now only a handful of masters and then there's the rest of us. It's part of the change. I'm not sure 50+ year old artists make big changes in the landscape or even their own landscape. Most ride on their laurels or gracefully retire. It should be interesting to see how the next complete inventory turn of photographers re-invents what they do. I hope we still recognize it as photography.

My goals have changed over the last four years. In the beginning, with the blog, I wanted to comment on the "infidels" of new photography (iPhoners, Instagrammers, etc.) and how wrong they were. Then I commented on the over-share issues wherein people were so enamored of their own buzz or seeing their work somewhere that they were turning the conventional rules of commerce upside down for no discernible gain. Then I wanted to talk about the camera revolution and the working evolution that was driving m4:3 and smaller form factors. In each case I was either identifying and obvious trend or trying to push back against the tide.

Now I'm really only interested in the anthropology and cultural contexts of image making. I'm interested in the idea that there won't be a pervasive style anymore but an incoherent mass of individual threads. Some will be obvious homages or thefts and some will be very banal but some threads will be like variations on core themes that we play over and over again. And it's the variations on essential themes that I'm interested in. Especially as they related to the depiction of beauty.

Oh well, I just had a few minutes and I thought I'd share a few more thoughts. Now it's time to walk the dog and do some laundry. Oh, and to unload the dishwasher. Mindful drudgery.

Why the image of Barton Creek? I've always been publicly derisive about landscape photography. It's a prejudice of mine. But in spite of my critical arrogance I've found myself shooting more and more intentional landscapes. Fodder for a future blog....

Posted by Kirk, Photographer/Writer at 14:34 35 comments: