I know, I know. I said I wouldn't talk about gear. And I'm not really going to. And I know that none of you like Sony cameras because.....I really don't know why. But I've been saying to anyone who will listen that the Sony Nex-7 is a tremendous picture taker to anyone who will listen to me. An additive camera. But now I don't have to say it anymore because I found someone that everyone will trust to make the case for me.

Here, with no particular introduction is Trey Ratliff and his tale on why his Sony Nex-7 is taking the place of his Nikon D800....

I thought it was a fun read. Maybe because it helps confirm my seat-of-the-pants camera analysis.

If you don't ever want to read about gear ever again then just ignore this one and don't click that link.

Adventures in shooting. Melding photography and video in one job. And a packing nightmare. 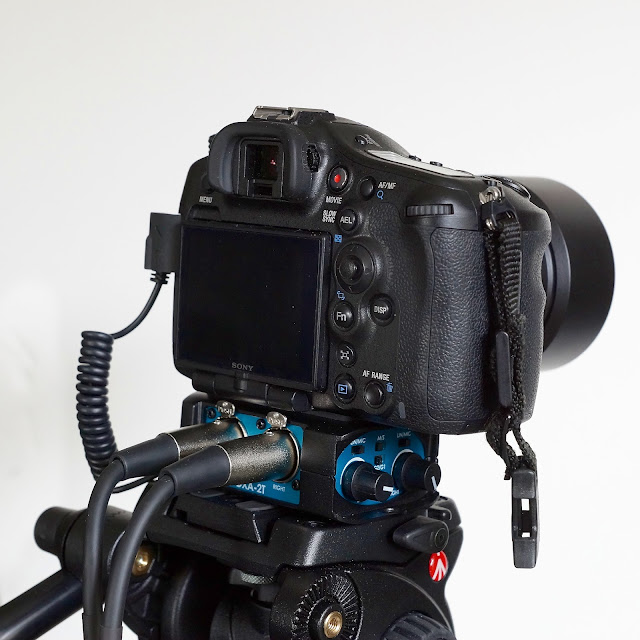 My assignment yesterday was to create content for web use and print collateral for a high tech manufacturer. The job was just about evenly split between providing good video and providing good still photographs. The video we needed included interviews with eight people, including senior staff and a also a client testimonial. We also needed to capture lots of moving images of people (wide, medium and close) to use as b-roll or cutaway shots for a series of videos. The still images needed to include headshots of the senior staff and then shots on the factory floor that would show the wide range of capabilities the company has, as well as showing a bright, happy workforce in action. That's a lot to shoot in one day!

I started packing the afternoon before. I decided to work with continuous light for every part of the project. That required packing the heavy duty, new fluorescent fixtures, the Fiilex P360 LED light and a case of Fotodiox 312AS battery powered LED lights. Since I'm using continuous lighting I've changed from using umbrellas and softboxes to using diffusion panels to modify my light sources. The positive take on that is that the panels can offer more creative options and more flexibility. The downside is that each modifier must have its own light stand so now I'm packing nearly double the number of light stands I used to when we just did photographs.

I packed two stand bags full of stands and a complete, three frame Chimera ENG diffusion system with various diffusers and nets. It takes a bit longer to set up lights this way but we saved time in the long run by not having to set up one station for stills and one station for video.

Of course, when we were shooting only stills we never had to think about sound. Both what to pack and how to engineer our environment at the client's location to minimize background noise. Now that I've had fifteen or sixteen recent experiences in sound recording, as well as reading everything I could get my hands on....I've pretty much zero'd in on using nice lavalier microphones to record people talking. The one I wanted to use is a professional Audio Technica microphone that terminates in an XLR plug. I wanted to maintain the ability to run longer, shielded cables which balanced terminations allow but I also needed, at some point to convert the interfaces so I could plug the microphone into the 3.5mm plug on my Sony a99. I also understood that there was an impedance mismatch between the camera and the microphone. My solution was to use a BeachTek adapter. The adapter fits under the camera and is passive, meaning it doesn't require batteries but it doesn't amplify signals. It does allow you to "trim" each channel separately. The box also uses very good transformers to take care of the impedance mismatch. The box outputs an unbalanced signal to the camera via a very short 3.5mm to 3.5mm cord. This mini-mixer can attach to the bottom of the camera and the top of the tripod which makes it a convenient package.

But I never really know what clients will ask for while we're out on location so I packed a variety of microphones that would handle just about anything that might come up. I packed extra cables, batteries, wind mufflers, headphones and adapters. Another full case just for audio...

Finally I packed cameras, lenses and memory cards. I came equipped to cover anything from 15mm to 300mm but I wound up most using the 85mm 1.5 Rokinon (for all portraits and interviews) and the 35mm 1.5 Rokinon Cine lens for nearly everything else. My primary shooting camera was the Sony a99 but I also packed the a58 as a back-up camera. One of the most important tools for the job was my fluid head tripod. What about verticals??? My client called me at 6:22 am to tell me that he couldn't remember if he mentioned that EVERYTHING would be shot in landscape, 16:9. I figured that if I needed a vertical shot I could do what millions before me have done and.....hand hold the camera, stabilizing it on the top of the tripod while I shot. Primitive but workable. And, as it turns out, unnecessary for the project at hand.

I was out of the house by seven and minutes later throwing away good cash on a cup of decaf at Starbucks (any hour before 8 am is too early to operate heavy machinery or to make your own coffee...). By 7:30 I was at the client location loading all the glorious inventory onto my cart and dragging it into the building. By the time the ad agency guy arrived I had the initial lighting set up and ready.

This was my routine from 9 am until 1 pm: Meet various executive. Have stylist look them over for wrinkles and shine. Make a still portrait (actually many----the agency likes choice. Think 40 or 50 per sitter). Switch to video on the camera. Put lavalier microphone on the subject. Have them speak while I set audio levels. (Trying to stay below -12 db on the meter.) Call out to my director/agency guy that we're ready and then operate the camera while agency guy conducts the interview. Make sure the subject doesn't go out of focus when leaning in and out. Monitor sound with closed headphones to make sure levels are good and audio is clean. Stop reset and prepare for the next person. Some people are comfortable in an interview situation and some are not.

One person nailed his interview in one long take. Another took us 45 minutes for what will edit down to about 30 seconds of content. Patience and extra batteries are a vital part of the kit.

Once we wrapped the studio style shooting I dragged the tripod out onto the factory floor to shoot the CNC machining shop, the assemblers, the fabricators and the shipping departments. I most used the a99 on the tripod but I supplemented with the a58 and a 16-50mm lens for quick, handheld stuff.  If we needed to juice up the existing light we used the little LED panels. They were just right for a bit of color matched fill light. I'm happy I had them along.

Today I am writing this while ingesting video and still files into respective folders and then burning delivery and back up DVDs. As usual the original memory cards are tossed into an envelope and pinned on the wall. When the project is over and the images and movies are backed up in several places we'll put the cards back into service. The deliverables will take up 6 DVDs. Yikes. That's 24 gigabytes of material.

I'm not editing this project. The agency has an editor they like to work with. Thank goodness. There's so much to wade through.

Posted by Kirk, Photographer/Writer at 17:14 11 comments: