I worked with a perfect assistant today. 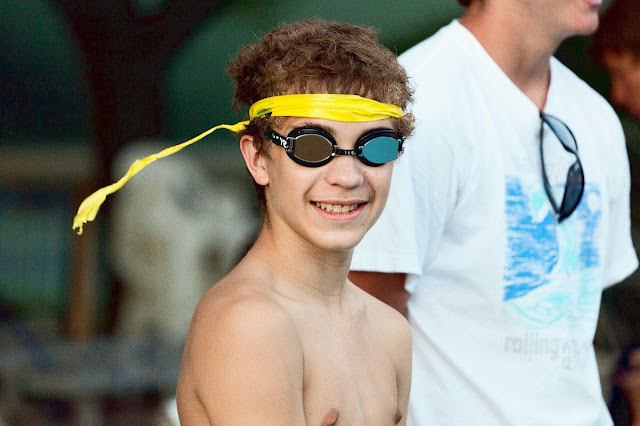 Imagine a photo assistant who is calm, collected and quiet. Imagine he knows your camera menus as well as you do, in fact uses the same cameras you do for his own projects. Now imagine that your assistant has taken several years of cinematography classes, done sixty or seventy video projects and won cash awards for his Public Service Announcement video projects. Imagine an assistant that can do better audio and better microphone booming than anyone else you've met. Imagine you could hand him an extra camera and tripod and trust him to cruise around on three floors of a class "A" office building in downtown Austin, autonomously shooting great "B-roll" for the project and that he remembers all the responses from the video interviews you are currently shooting and can translate them into visual opportunities without having to be told or prompted.

Then imagine that he showed up early, wore just the right shirt, pants and shoes for the client at hand and he was polite, engaging and endearing to the clients (and to the photographer). Then imagine he does all this just four days after having all of his wisdom teeth extracted. You might call him a "miracle assistant". Around the house we call him "Ben."

I worked with the guy for a full day today. We were shooting stills and videos for a new client and I wanted everything to go smoothly. Really smoothly. So I took Ben. Later he told me, "You didn't really need an assistant you just wanted someone there to assure you that you were doing the video correctly.  And you were." I don't agree with his assessment but so what?

It's fun when you realize that your kid is much better than you are at stuff. Not everything, but a lot of the stuff that really matters. Everything he suggested was right on the money.  And the beautiful thing is that he only suggested if I asked. That's a great assistant.

Posted by Kirk, Photographer/Writer at 20:50 18 comments: