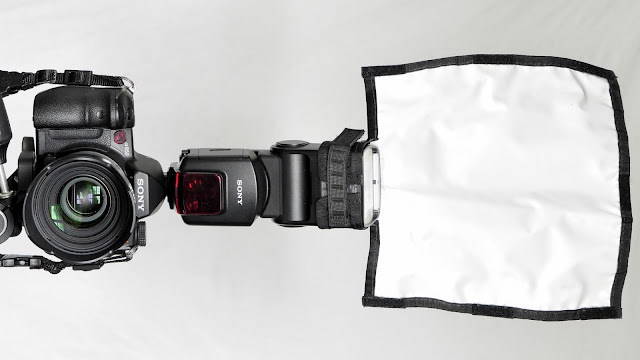 Sony a850 with HVL 58 flash and Rogue FlashBender.


Every year I volunteer to cover a banquet at our local Four Seasons Hotel that is a fund raiser for the Appleseed Foundation. Appleseed is a non-profit that gathers up attorneys and convinces them to donate time and money to address inconsistencies in the law that effect segments of our citizenry who cannot afford to fight back. They've gone toe to toe with the Texas Department of Corrections over kids detained with adults, they've battled discrimination and they've fought for equal access under the law. The attorneys come from both sides of the political spectrum because what unites them is a respect for the Constitution and a belief that all people in the U.S. are entitled to equal protection under the law. Here's the website for the Texas organization: http://www.texasappleseed.net

I have photographed this event as a volunteer for 12 years now and every year what the organization wants is the same. They need good, candid images of couples and small groups socializing at a pre-dinner cocktail party.  Each year we have more people to photograph.  This year we had nearly 400 people in attendance! Once people sit down for dinner (really nice crab cakes and beef filets) and the speakers start in earnest I am up and own photographing the program, making images of the speakers, award winners and honorees. This year also featured a live auction with three items and a call for cash challenge. The organization was able to raise an additional (over regular contributions and table sales) $105,000 in about ten minutes.

But none of this is probably of much interest to photographers. What interested me was the gear I used to capture the function, as well as the evolution of my equipment choosing process....

Over the years I have used every sort of camera, from rangefinder, film Leicas to Nikon and Canon DSLRs to Sonys and even a few years with Fujis. The venue is dark and the light is almost all from ceiling cans so it's harsh, downward facing and very directional. The ultimate camera is not one with the best ISO performance or even the fastest focusing but the one with the best flash performance. Shooting four or five hundred shots in the space of three and a half hours, all with flash, means that one really gets to see just how that automation is working for us.

The contrast detect AF in the micro four thirds cameras is an issue for me. It can work if I enable the auto focus assist in the GH3's or comparable Olympus cameras but I am loathe to have the green or white light shining in people's faces as part of my "candid" photography practice. I want my cameras to do a decent job focusing under this kind of marginal light without any extra help and without creating their own pyrotechnic side show.

Last year I did the job with the Sony a77 and I wasn't happy with the variable performance of the a77 and the HVL-60 flash. I spent my evening overriding the "hot" flash and I finally gave up on the automation altogether and started shooting via guide number. The a99 is a little better.....but not anywhere near perfect. Over the last few years I found myself longing (just on this one event) for the solid flash performance I used to get with the Nikon system....

Yesterday morning I tested two cameras that I thought had potential. The GH3 and the Sony a850. With the GH3 I used the most practical of lenses, the 14-42mm kits lens. It was okay but not fast and sure under subterranean lighting conditions. The next camera I pulled out ended up being, hands down, the best digital camera I've ever used for interior, after sunset, event shooting to date. It was the old Sony a850. As old school and traditional as a digital camera can get and still be of this century.

I set up the camera to shoot medium sized (13m) fine quality Jpegs which gave me the potential of shooting thousands of files on a 16gb memory card. I set the preset to Standard with no custom nudges. I used the central focusing zone.  I set the camera on Manual exposure, f5.6 and 1/30th of a second at ISO 320. I used the flash on TTL with no compensation. My lens of choice for all of the candids and small groups was the 50mm Sigma 1.4 which I had just calibrated to that particular body the week before. I set the white balance at 5600. The flash was the HVL-58---the one just previous to the current top of the line. The big difference is that my flash of the a850 is one of those with the funky Sony shoe.

Since the camera's AF sensor was working with a calibrated, wide open f1.4 lens the AF was quick to lock on and gave me very sharp images. f5.6 would have covered any small discrepancies and, in the particular lens, is so sharp it's amazing. The huge finder does nudge out my current EVFs in the kind of low light in which I was working and every single exposure was perfectly exposed by the flash. Everyone. It certainly made me re-think my approach to event shooting that revolves around the necessity of flash for main illumination. I can replicate all of this exposure perfection with manual flash but it takes brain power and sometimes I've run through my quota by the time I get to an evening event. My boss has really laid down the law about excessive napping in the afternoons.....

This year I used a large FlashBender as a modifier to the flash. It added a bit more roundness to the light, especially when I used it up close. My experience last night (and in post processing this morning) leads me to consider rounding up another a850 as a back up to be used for years to come just for "old school" events like this one. I can't imagine a better matched event and tool.

No, this doesn't mean I'm suggesting that you go right out and buy the same system. Nor have I abandoned my other cameras to use this one exclusively. It's just that sometimes, in a narrowly defined application, one tool proves itself to be exemplary.

offer: Watch me make a fool of myself and watch as we go through the process of making fun family images.

The class is free and I would love to see some strong support from the VSL crowd. Take a minute to go and watch. Then let the comments fly!

Posted by Kirk, Photographer/Writer at 16:01 6 comments:

Knowing when to say "NO" and get out of a project before it starts.

All projects look beautiful at first. But look at the details before you say "yes."

Sometimes I get it right and sometimes I get it wrong. Balancing a happy and productive working  experience with the siren-like lure of money attached to a bad project is the tricky part of being in a creative business. But one of the things that helps people to be successful over the long term is developing a sense of smell for "stinky" projects and developing the proactive ability (willingness) to remove yourself quickly and with finality.

I recently got invited into a project by a good client. They were working with a large vendor of theirs who needed to make a video in my client's facilities and with my client's staff and customers. The vendor brought along their own video production company to "supervise" the project.  They needed resources here in Austin as both the client and the production company are located in another part of the country.  I would be working under their direction.

In the course of several phone conferences it became clear to me that the production company saw my company as a very generic cog, not the "creative partner" that my client values. They were more interested in asserting their control and ownership over the project than in collaborating to create a great product for the client. The producer also felt like "good enough" was good enough. No need for fancy lighting and no need for interesting camera work.  To top it off the producer sounded bored and reticent to listen to any input. In his mind my role would be to assemble a crew and operate a camera.

When I got off the call I knew that the hierarchy and the producer's lack of enthusiasm would make this entire project an endless pain in the butt. And I've learned that working for people who are more than happy to settle for good enough create projects that are never good enough to go on one's reel. I also understand that being the new guy in the mix makes one the target of blame for anything that might go wrong along the way. The stink of a failed project, your fault or not, follows you forever with the client. None for me, thanks.

I declined to be involved. The producer will have to find a different resource. I'll have to find something more fun to do with those few days in January.

You get to choose. If a proffered project sucks then it's smart to walk. The universe isn't in the habit of replacing miserable days with fresh ones...

Posted by Kirk, Photographer/Writer at 10:58 2 comments: