Notes from a day of video shooting... 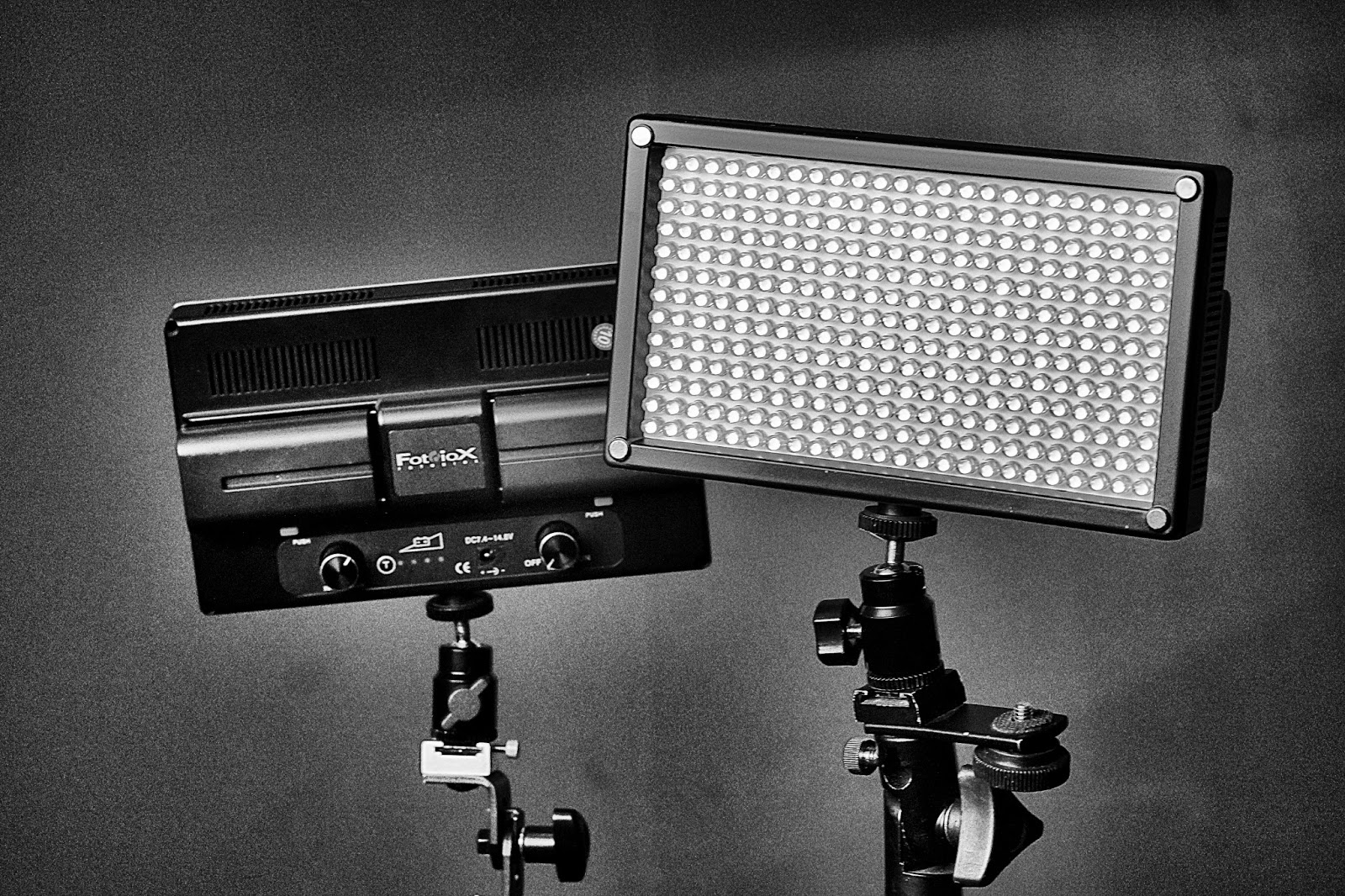 1. Tripods and motion in general. You can read about techniques and best practices but I'm here to tell you that smooth tripod pans and tilts, as well as dolly moves and slider moves, require practice. Lots and lots of practice if you want to do it right. As still photographers we have the benefit of stopping the motion in each frame which masks any sort of instability over time. I found that I needed to practice even a simple move over and over again to get it right and I can see that hand skills and even how you position your body to begin and end moves with a camera are very important. If I want to be competent at actually shooting video I can see that I'll be doing some weekly practice to become and then stay proficient.

2. Color Balance. When we shoot still images with flash we can overwhelm existing (non-daylight) sources and have a reasonable assurance that our color will fall into a good range that we can easily manage in post production. And, if we really screw up we can always take raw files and do almost supernatural saves with them. But in the kind of video I'm shooting we don't have raw (at least not convenient and usable raw within the eco-budget) and we only have 8 bit color with which to work. This means that we really need to concentrate on nailing the color and exposure, in camera, for all the crucial "A-roll" shots.

Ben and I lit our critical shots and any shot that needed lighting. In each new lighting venue we took the time to do a custom white balance for each shooting camera. By taking that step I think I gave myself a fighting chance of being able to edit together footage from both cameras without a big visual disconnection. And I think that's critical.

We used a Lastolite pop-up gray/white target all the way through our shooting day to ensure uniformity in each location. Looking (and logging) the material today allowed me to breathe a little sigh of relief because I could see on my monitor that the two different cameras in the same shooting scenario match up well.

3. Shooting more is better. When I looked through our takes today I found little glitches (human error) here and there that might render a clip unusable. We shot a lot and I thought we might be overshooting until I look at the content we got and starting figuring out where it would go on the time line. Then I realized that you can never have too much content to cut to. It makes the final edit that much easier.

4. You have to compose for a moving frame. In still imaging I spend time getting one frame just right. It's almost like just considering the x and y coordinates and not taking time into consideration. In video you have to figure out where your framing will end up as you move the camera, not just what kind of framing looks good as you start the shot. An interesting (and mentally taxing) exercise in working in four dimensions. (X, Y, Depth and Time).

6. It's kind of cool to move the lights! In stills we work mostly with locked down lighting. We put lights on a stand and take the shot. In video you can actually move the lights during a shot. In fact, if the camera is moving it might be best to also move lights. This opens up lots of cool creative opportunities. I had Ben hand hold a small light panel and move it over the top of a product we were shooting. I was sliding the camera in one direction and he was moving the light in the opposite direction and it was a neat effect as the product fell into dark.

7. If you are using multiple cameras it's wise to slate each shot. Using multiple cameras for interviews gives you a lot more flexibility in editing but it does mean you have to have some way to sync up the shots. I think it's easiest to do this with a slate. I found a digital slate that works very well on the iPad and it runs time code across the top bar which means that you can sync up to the absolute frame you want. Best $10 I've spent in a while. I find an angle that both cameras can see and off we go. Neat thing about the digital slate is that one tap of the color bars at the top of the slate gives me a full screen of of MacBeth color chart and a series of black/gray/white patches. Nice.

8. Use a camera that allows you to "punch in" for magnified fine focusing and use manual lenses. I loved using the GH3 cameras and I'm glad I bought two. It meant that I had two cameras that worked the same and generated exactly the same kind of files. With the same family color. The GH3 takes manual focus legacy lenses and, with two pushes of a back of camera button,  gives me a quick magnified view to fine focus on. When I got back to the studio the files were amazingly sharp.
Have I written how much I love these cameras? It's true. The files they generate are so nice I haven't even started pining for the new GH4 (although it is available for pre-order....).

9. Finally, what the pros all say is true----monitor your sound with headphones all the time. One spot check might find everything to be hunky-dory but twenty minutes later the microphone transmitter battery might crap out or the plug on the side of the camera might have escaped its mooring. Or the interviewee's microphone might become dislodged and start rubbing against his shirt. If you have those phones on you'll hear it. And you can fix it. Not so easy after the fact.

The other thing I learned is that video is a lot like still photography; the real work is still all about hauling in the gear, cleaning up the shooting space, working with the talent, getting the tech details right and then packing it all up again and moving to a new location. Moving furniture.

Anyway---just wanted to share what I learned (again) last week. 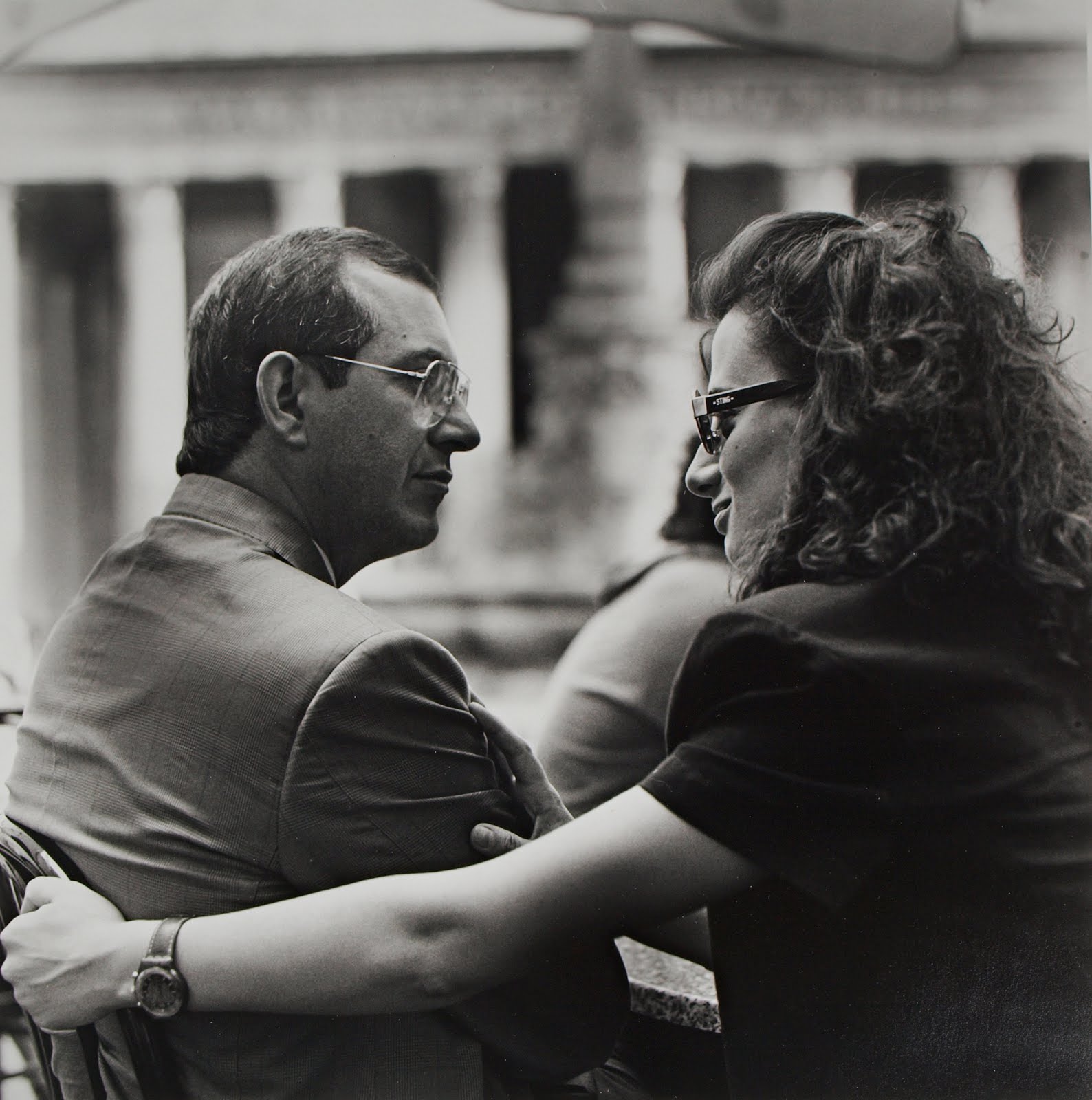 I watched at SXSW as people quickly shot images (mostly groups and selfies) and then manically rushed to upload them to internet sharing sites. The two processes, shooting and sharing, have become so intertwined now that the relative importance or the priority of the two processes seems muddled. The operator's brains rush from one intuitive process, the making of images, to a totally different and more menial mental process (the halting gyrations of the upload interface) which represents an opposite cognitive task. In a sense the brain is stopping and starting and changing direction to complete the combined operation. Each task adds its own "friction of trade" and has its own inertia.

Watching this made me long for the days before interconnectivity. In the days (both digital and filmic) before the ability and pressure to endlessly share evolved one could spend a full day, or at least a few wonderful hours, continually immersed in one task. Taking photographs. No abrupt task changes. No changing over to the logical opex mind. No submerging of creativity in deference to delivery logistics.

While it may not have generated any greater number of wonderful images I would imagine the more continuous and uninterrupted practice of taking photographs and separating delivery from the process would be more calm, restful and emotionally beneficial. Perhaps, as the shooting/sharing process becomes more and more endemic I could create a profitable workshop that has nothing to do with aesthetics and everything to do with separating these conjoined and mismatched twins and freeing up the harried, modern photographers from their own, self-imposed timing tyranny...

Either that are I can continue shooting and sharing old school with big gaps in between.

I think it is cynical and mean to include wi-fi in a camera. Yes, I know, you love to send images of the kids at Disney World to grandmother back home as soon as you shoot them. I am equally sure that your mother is wise enough to wait until it's pleasant and convenient to open and view the images.

I pondered this because recently a client asked me to shoot an event and IMMEDIATELY send them as many images as possible. I spent the event shooting with the delivery pressing on my mind. Should I shoot the images as medium sized jpegs to speed up the process? Should I shoot less to speed up the editing? Should I take fewer risks with the images since I would have precious little time to post process? In the end I did all those things. I felt the pressure of the deadline encroach on the shooting.
I delivered by six a.m. (my deadline) but the time stamp on the shared folder informed me that my client didn't access the folder until nearly 2 in the afternoon. Could I have produced better work if the intention of delivery was separated from the shooting?

I did it because it was business and business is sometimes fraught with compromise. But as an amateur shooter or avid hobbyist why would I put my creativity (and mental wellbeing) under that kind of stress if it's not really necessary?

Immediate sharing requires a shifted focus and a bifurcated attention. Is it really worth it?
I'd say no.

(The image above was taken two weeks before being developed, a month before being printed and was only widely shared twenty years after its creation. I'm glad I was able to savor the shooting experience).

Packing for an out of town trip to shoot video. Help? 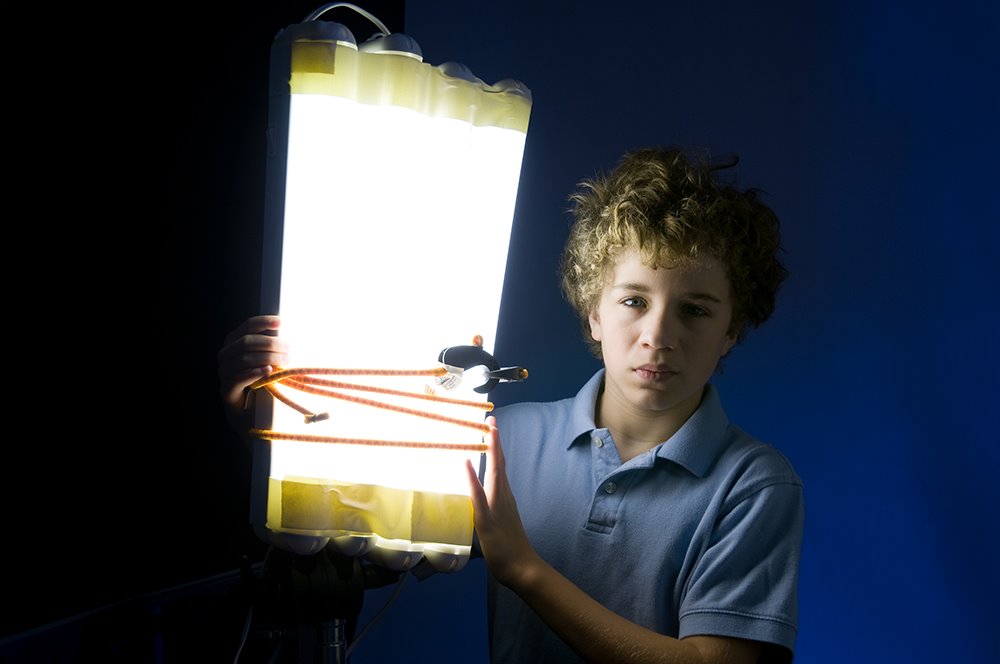 I've been working on a video project for a technology company. We just found out that we have the opportunity to interview one of the biggest users of the technology company's new, flagship product. But the opportunity is a small window of time and the location of the interviewee is Chicago and not Austin. We're booked to head out early on Thursday. We hit the ground and go straight to the venue in which we'll be conducting the interview. Then we set up, light and get to work. We'll have two hours with the customer company's representative and then we wrap up. We may have the opportunity to also do some b-roll...

So here's what I'm looking for from the readers of the VSL blog today: Advice on packing for a one man video crew.

My reactive brain tells me to fit everything into two pieces of luggage. One would be my carry on camera bag with the cameras, lenses, microphones and iPad. The second would be my hulking Pelican case (checked, of course!) filled with three portable light stands, a downsized tripod with a small fluid head, four battery powered LED panels and my trusty Fiilex P360 LED light. Oh yeah, also a change of clothes and a toothbrush...maybe some floss.

I'd love to carry more but it's just me getting through the airport and into a taxi and back to the airport and all that. Adding a stand bag would give me more space in the Pelican case but it adds another carry-able component to lose, carry and drag around.

Here's the problem: One guy. The need for good interview lighting. The need for high portability and speedy transitions (almost sounds like a triathlon..). The need to get all the gear on an off planes (one big and one commuter...). And the need to arrive with all the components intact. If you've had experience doing this (or not) chime in and let me know how you'd handle it.